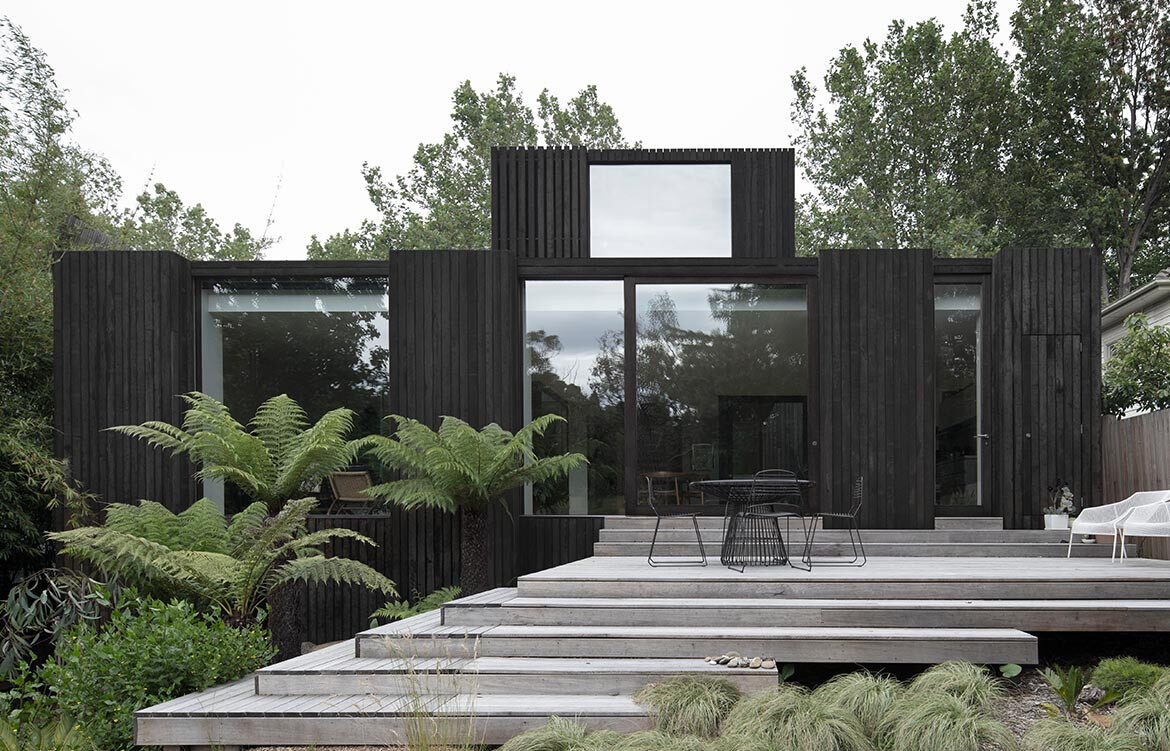 A lifetime of enjoyment 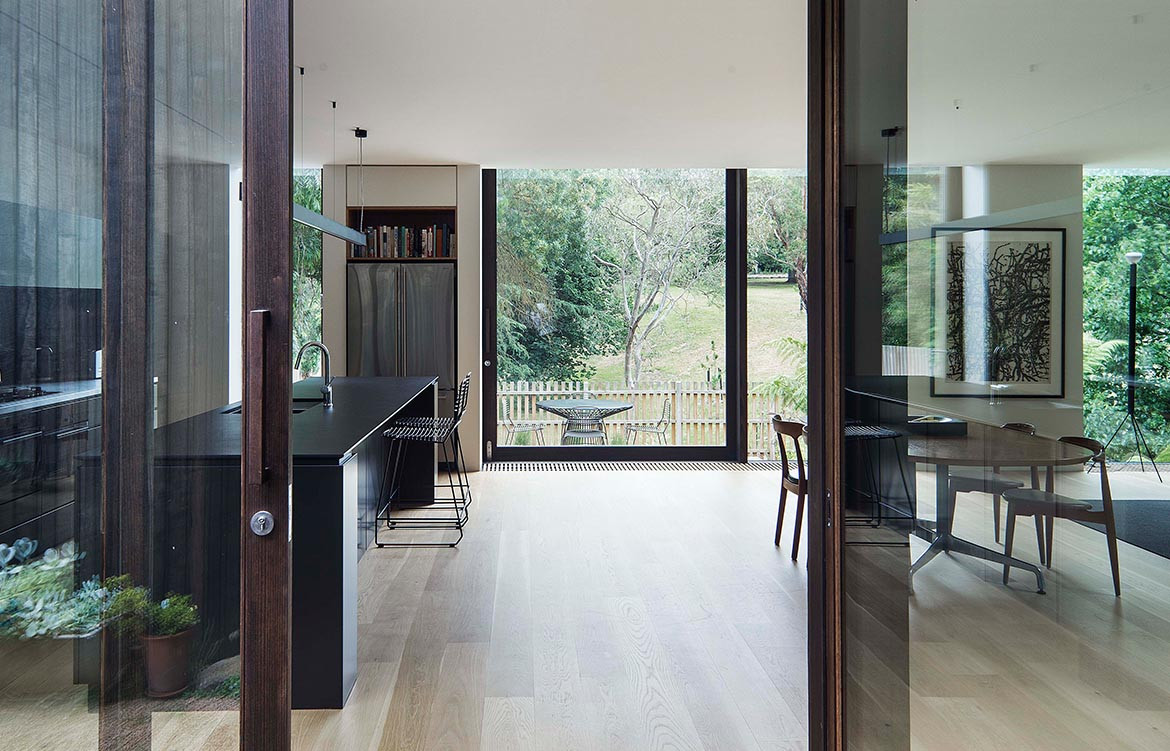 As the managing partners of one of Melbourne’s premier creative agencies, Rob Nudds and Michaela Webb know a thing or two about design, so it’s no surprise they approached the development of their own home with the same rigour they apply to their client projects. That focus and care is evident throughout, and the benefits have been enduring in every aspect of their lifestyle. 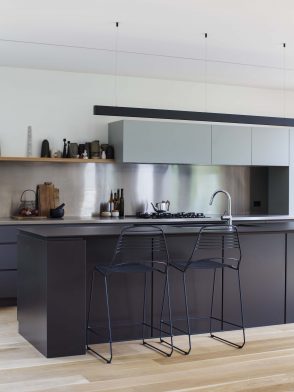 Externally, architects Walter & Walter responded perfectly to their brief for a residence that was grounded in its landscape and connected to the leafy park at the rear of the site. Meanwhile, internally, the open plan kitchen and specification of V-ZUG appliances has created a long-lasting space in terms of both aesthetics and functionality.

“I think you notice design more [when] things don’t work – and things in here work so well,” says Nudds. “It’s partly around that material choice and being really deliberate around that but, it’s also the design of the ‘systems’ within the home and making sure that they work as well and are efficient in the environment they work in.”

When it came to choosing a ‘system’ for the kitchen, Nudds and Webb looked at a range of quality brands. V-ZUG stood out for several reasons.  “I think they are really beautifully designed and certainly in contemporary environments, their blackness definitely appealed to us,” says

Nudds. “We cook a lot and we entertain a lot so that cookwear gets a really good workout.”

As an ex-chef, V-ZUG’s measured approach to functionality also appealed to Nudds.

“[With] other competitor ovens it was all becoming more and more automated – you had to select a program, tell it what you were cooking, how much it weighed and what kind of method you were using... I just wasn’t interested in doing that. I want to be able to tell the oven what to do rather than the other way around, and V-ZUG has that flexibility. Its default is manual [and it] gave me control to explore programs if I wanted.” 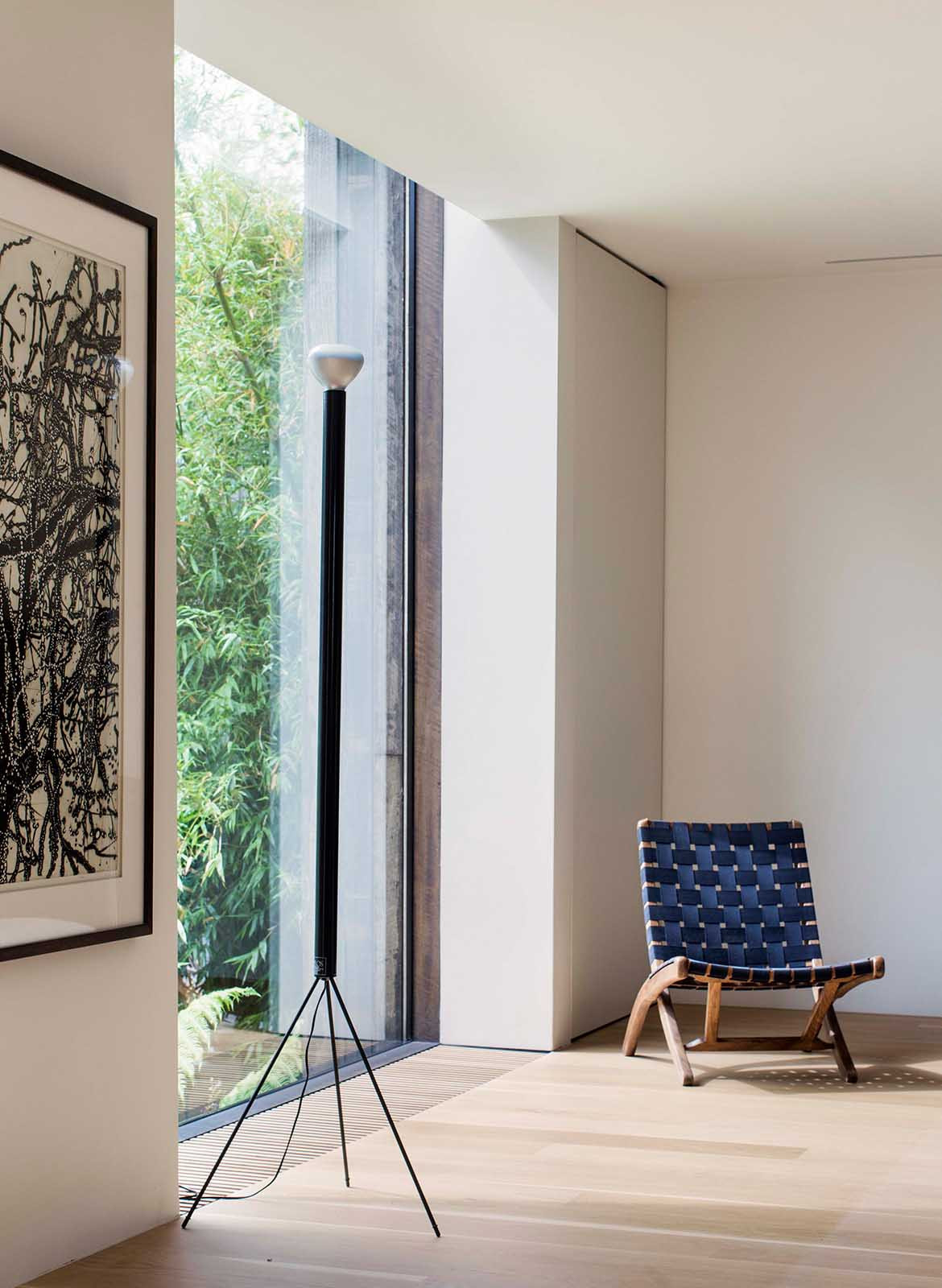 Nudds is expansive in his praise for the suite of V-ZUG appliances they selected – the Combair SL oven, warming drawer, 5 Zone Gas Hob cooktop, and in particular the Combi-Steam XSL steam oven. “Its settings for re-heating [are] really fast and it’s much better-quality food.” On this basis, he says, a steam oven will be his choice, every time.

Five years since they moved in, and with the world now a different place, Nudds’ and Webb’s response to their home is an evolving and rewarding conversation. The time they spent getting key design decisions right has given them a house with the big and small things that make a difference, when they needed them most: flexibility, functionality, loads of light, a strong relationship with the outside – and a much-appreciated reheating function in the kitchen for all those working-from-home lunches.