MiCK is pleased to be presenting McWilliams’ first solo exhibition in Sydney after many successful shows in Victoria and Tasmania. His highly sophisticated paintings depict colonial-like Tasmanian landscapes and interiors incorporating native and farm animals along with a dash of the artist’s keen sense of humour. In his most recent exhibition, Blanket Capers, McWilliams further explores outdoor and indoor environments however with this group of works the artist has featured blankets within his compositions which create dramatic contrasts – indoor/outdoor, hard/soft, curved/angular. 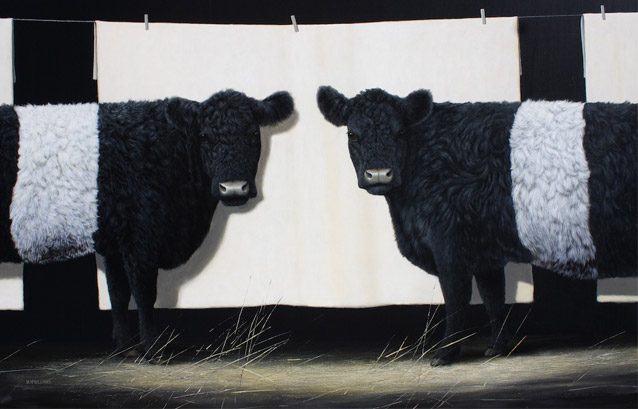 “Contrasting elements in nature have always interested me. By including blankets in this image of the Tasmanian Bush, a sharp contrast between light and dark is made, creating both interest and drama. As the viewer looks at the different lines, shapes, textures and colours the blankets help emphasise these variations and qualities.” 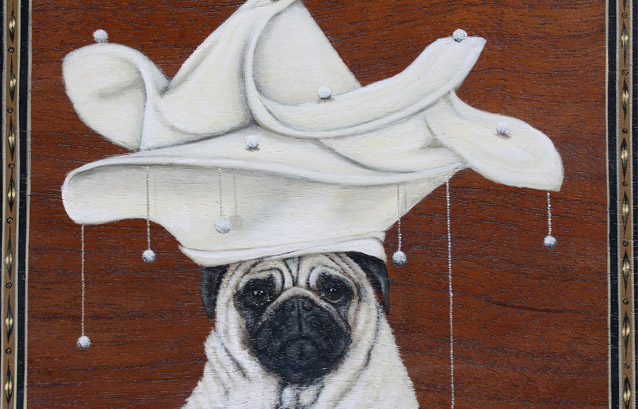 The artist’s personality is charmingly evident in his work; his connection to the Tasmanian bush, his beloved animals (he is the proud owner of four pugs) and his passion for antiques. McWilliams is a co-owner of Longford Antiques which has provided inspiration for many of his works in addition to pieces of furniture which he often uses as canvases. 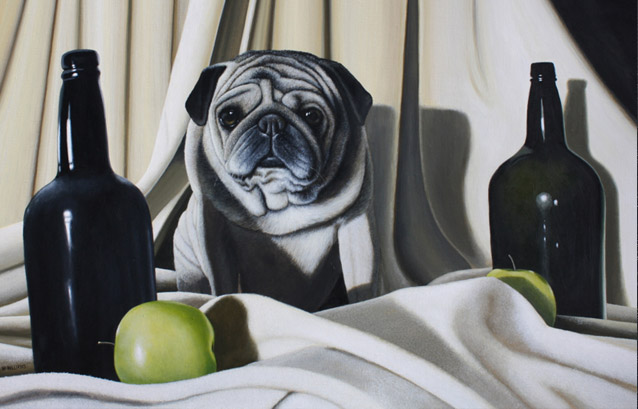 McWilliams has had more than a dozen solo exhibitions and his work has been included in many more group shows. He has won some of Australia’s most coveted art prizes including the Waterhouse Natural History Art Prize (2005, 2008) and the Glover Art Prize (2004) amongst others.

The exhibition runs 2-29 of July with the opening on Thursday 5 July. 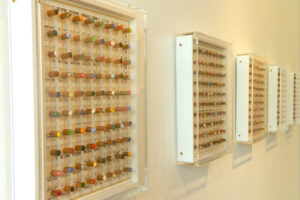 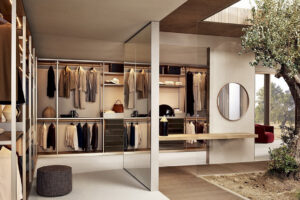 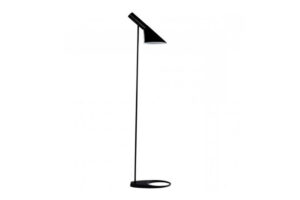