Combining a constructed installation with multimedia Alfredo & Isabel Aquilizan explore the culture and circumstances of a nomadic Philippino minority group.

Considering the idea of place, the Aquilizans will present two separate but interconnected works that address the ideas of journey and diaspora; settlement and resettlement; home and land; plight and displacement. Using this process of collecting and collaborating to express ideas of migration, family and memory, the husband and wife team will work with local schools and the community to construct small houses using recycled cardboard boxes and tape. The houses will contribute to a growing community of dwellings installed on scaffolding, resembling a sprawling construction site continuously evolving and always in transition. The cardboard dwellings reference the makeshift Badjao houses on stilts. 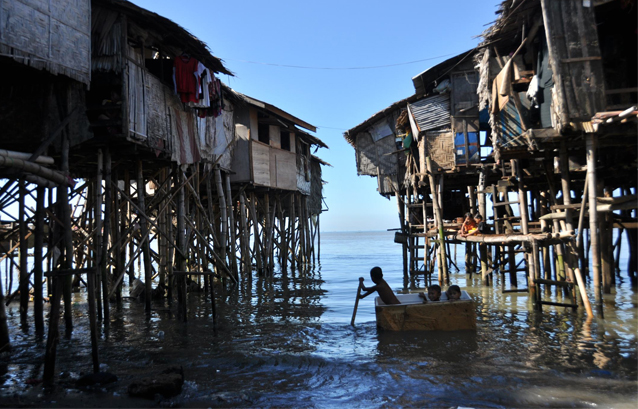 An indigenous ethnic group of Southeast Asia with a long history of nomadic seafaring, the Badjao are now among the displaced poor in the Philippines and are at risk of losing their identity as they integrate with their adopted, land-based communities. Many Badjao families are now forced to move further and further inland, along the docks of city seaports because of hardship and deprivation.

The Badjao must now seek alternative ways to survive, while their children are out in the streets begging and performing in exchange for money and food. The Badjao children express themselves by combining foreign popular music with their local dialect, rapping and creating rhymes accompanied by “ad-hoc” tin drums. It is these performances and the children’s abilities to spontaneously and rapidly compose lyrics that interest the Aquilizans, and a multi-channel video work focussing on the children of the Badjao accompanies the interactive installation. 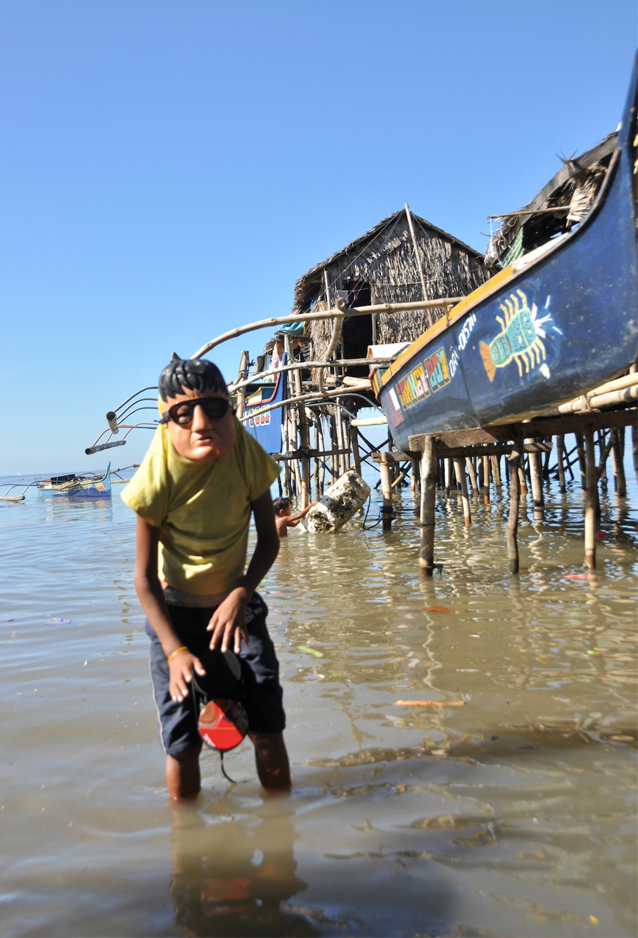 A full-colour catalogue, published by SCAF with an essay by Felicity Fenner, Acting Director, College of Fine Arts Galleries, UNSW, accompanies the exhibition. 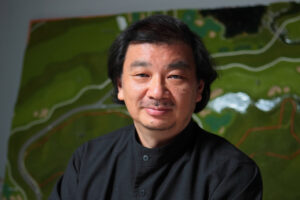 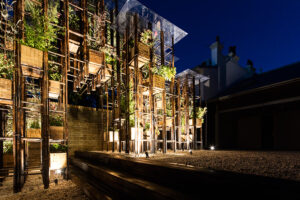 Fugitive Structures at the Sherman Gallery