Frankie Unsworth meets a
paper engineer who has cut out and firmly glued down a niche for himself in the
world of paper craft.

Fuelled by a passion for
paper goods from last week’s story, we couldn’t ignore another resurgence in
the field of paperphilia that is capturing imaginations worldwide.

This is one to add to the
list of professions that, had you known existed at school, you might not have
spent hours trying to fathom the molecular structure of DNA, but instead
devoted yourself to the fun stuff.

Paper engineering is the
art of crafting objects, pop-up books and other delicate intricacies from the
most basic of materials – paper, glue and scissors.

Benja Harney, 33, is a
self-taught paper engineer based in Sydney, whose work ranges from creating
paper ornaments for the Christmas pages of home magazine titles, through to
carefully constructing paper wings for display in the window of Hermčs
alongside priceless statement handbags. I popped down to Benja’s
diminutive studio in Surry Hills where the various stages of his celebrated
Hermes wings dangled from the ceiling, and where I avoided as best I could
squishing his fragile designs.

"It’s come to the point
where I don’t have the time to do all the things I have been asked to do."

While some of his work
remains contained in the pages of the magazines, like his colourful paper fruit
spread for Women’s Health (pictured), recent projects such as the Hermčs window
and a display at the Saxony Store are bringing his works from the confines of
the pages and into the sculptural realm. Back in his studio, my
eyes are drawn to the groaning shelves laden down with vintage and
not-so-vintage pop-up books – among them Le Petit Prince and the Hungry
Caterpillar.

Curiosity has had the
better of Benja in a few cases, where the books have been taken apart in the
name of exploring their intricate pop-up procedure.

His mother would guard the
most precious pop-ups as a child, when Benja was already showing signs of a
fascination with folding.

His own pop-up book
remains a goal for the young designer, but having just completed a paper model
of the Sydney Opera House for October’s Open
Day his dreams seem to be well on track to realisation.

"If you told me 5 years
ago that I was going to be doing a commission for the Opera House I wouldn’t
have believed you!" 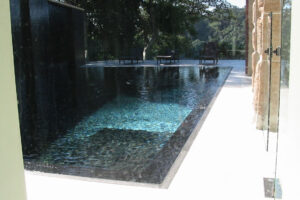 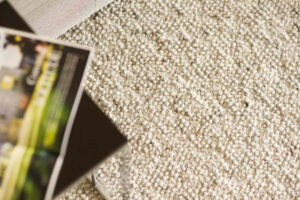 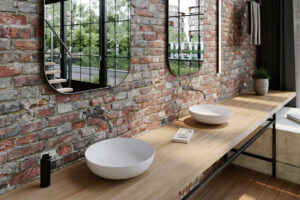