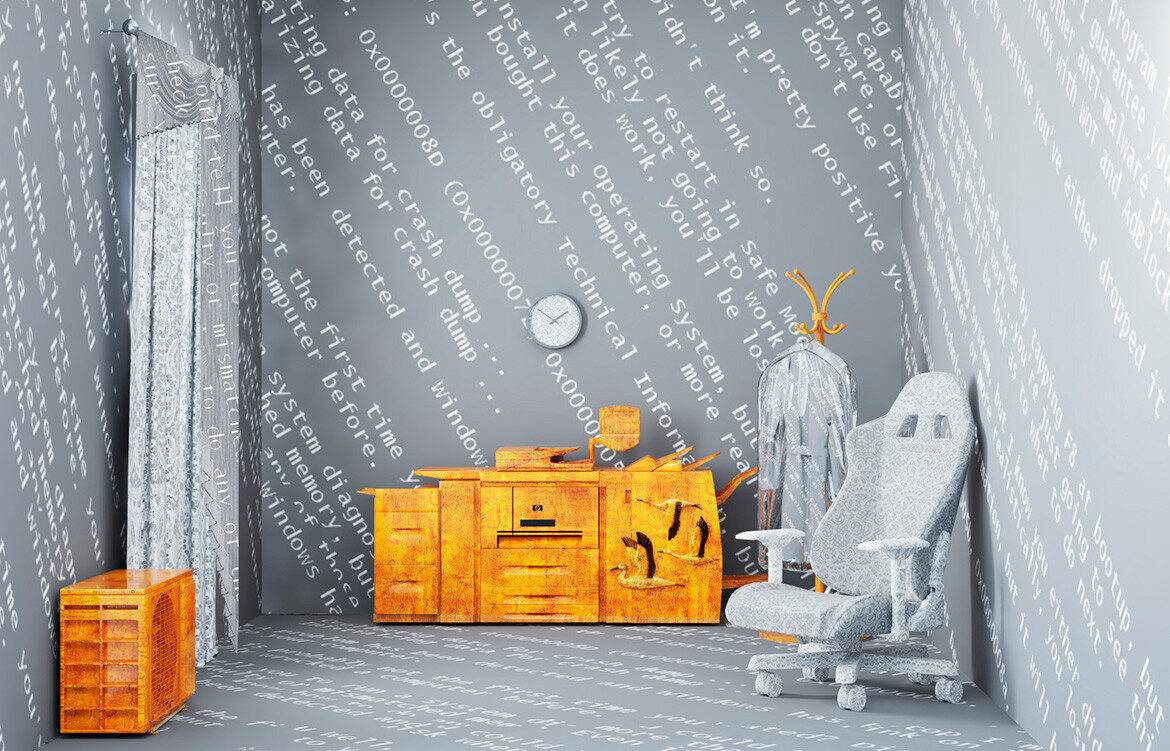 The Office by Harry Nuriev.

A highly curated design event, Design Miami is a strong representation from North American galleries. With powerful influence throughout the design world, Elana Castle looks at its broad and lasting impact.

Occurring alongside the Art Basel in Miami every year, Design Miami is regarded as a significant global forum for design. Each year, the four-day event draws together some of the most distinguished and authoritative gallerists, designers, collectors and design fraternity aficionados.

At its core, it features the world’s top galleries who, collectively, present a tightly edited exhibition of twentieth and twenty-first-century furniture, lighting and art. Positioned as a high-end design fair and commercial marketplace, Design Miami is also marketed as a forum that seeks to “broaden awareness of modern and contemporary design, fuel the market for collectible design, and provide an exciting yet accessible destination for collectors and enthusiasts alike.”

This assertion is underscored if one were to look at just the numbers alone. The work this year represented 278 designers from 12 different countries with over 400 debuting works on show and talks with over 50 panellists from a vast range of disciplines. This year’s show included work that pushed the boundaries of material possibility, presenting techniques and philosophies that will no doubt extend an influence on the broader design community.

Marcin Rusak’s debut collection at Sarah Myerscough Gallery included furniture made of discarded flowers bound in resin. Todd Merrill gallery presented air-inflated metalwork and Théophile Blandet’s show at Functional Art Gallery celebrated plastic in many forms – a material that the designer believes will not exist in the near future.

The other dominant theme this year was one of imperfection. Boundaries were looser – the energy more relaxed and playful. One could argue that the general whimsy could be in response to the current state of (tumultuous) global, and political state of affairs. From unrefined ceramic works to cartoonish objects d’art (works by Jasmin Anoschkin and Porky Hefer) to funky lighting (in particular, a lamp featuring 54 multi-coloured bendable arms by Gaetano Pesce at Salon94 for one) and Sag Hoon Kim’s four-seat foam sofa. The trend seems to be stronger than years past, with a proliferation of whimsical work taking many forms.

In contrasting style, a number of established galleries presented an extensive representation of 19th and 20th-century classics from the likes of Jean Prouvé, Charlotte Perriand and Pierre Jeanneret. A major installation at the show, which garnered significant attention was Galerie Patrick Seguin’s full-scale Jean Prouvé 6 x 6 Demountable House from 1944, underscoring Prouvé’s architectural adaptability. Gallerists argued that this retrospective bent draws on an unconscious desire for the relative security of design tradition.

One cannot truly estimate, how far these – and other – themes and threads will ultimately influence the global design scene. What is clear, however, is the continued interest that the show drew in its 15th year and the growth of the genre.