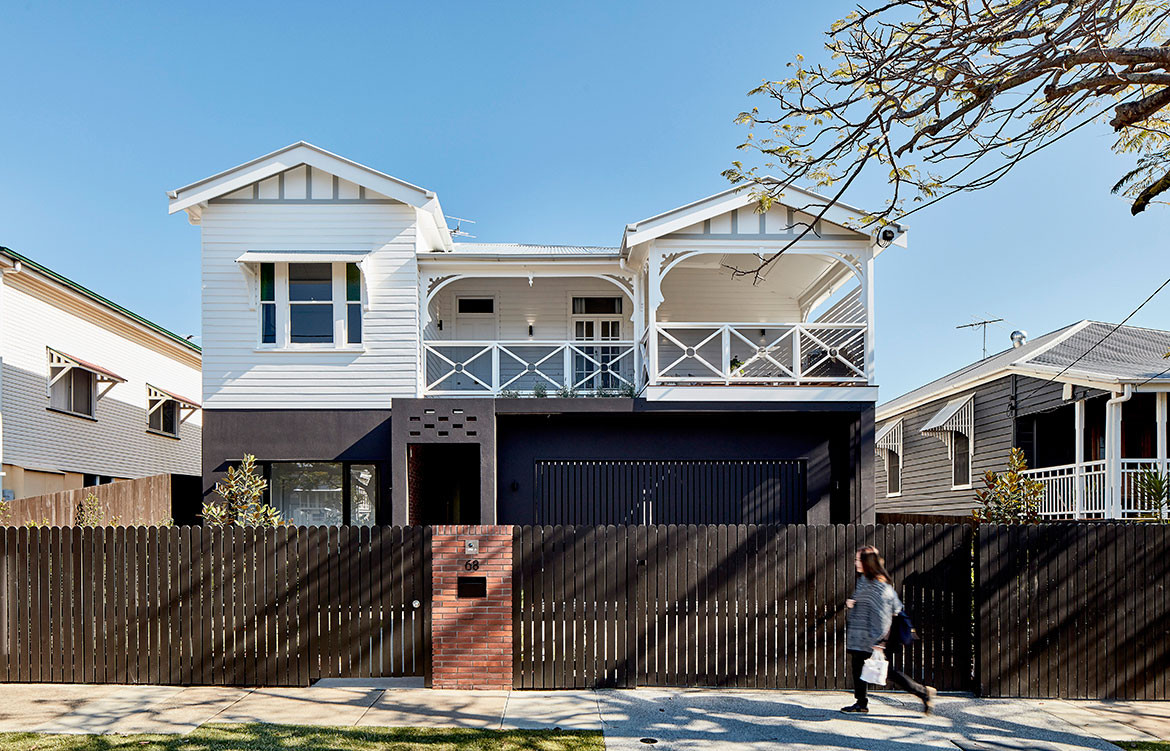 This exercise in reconciling heritage with contemporary needs has seen a humble worker’s cottage given new life.

This project extends the romance of the tin and timber worker’s cottage. Once the humble abodes of labourers, these beauties which sat on tiny allotments in inner city Brisbane have stood the test of time. The worker’s cottage, and indeed their grander Queenslander cousins, were designed around expediency. One layer of vertical joist walls divided rooms, which were laid out in a symmetrical plan orbiting around a central breezeway hall. Fanlights above doors kept the air circulating. Chamfer or weatherboard cladding and cross-braced verandah walls featured in homes both miniscule and grand. A kitchen was often suspended off the rear under a corrugated iron hood, and, once plumbing allowed it, toilets and bathrooms migrated from the backyard or undercroft and were re-inserted onto back porches and side verandahs. A pyramid shaped tin roof crowned the lot, and verandahs doubled as bedrooms as families grew.

Needs and ambitions have changed since carbon copies of those simple four-room homes populated the steep hillsides. But the Brisbane City Council’s character code is adamant in preserving the pretty façades of such pre-1946 homes, and retaining a streetscape that pays heed to earlier times.

Larissa and Rayne Fouché of Fouché Architects were commissioned to convert this small cottage in the desirable suburb of New Farm into a four-bedroom family home with all of today’s conveniences and amenities. The project was an investment by their clients, two local couples who intended to sell on completion. The resulting budgetary constraints and balance between pragmatism and indulgence have been finely resolved by the architects.

“When we first saw the home, it had been used as a share house for many years,” says Rayne. “There were lots of internal rooms, things were very rudimentary and it was all a bit of a mess.”

He and Larissa embarked on what they refer to as a “game of abstraction” to discover the original and retain what was practicable.

“A double garage was not negotiable,” says Larissa, and thus the plan’s first pivot point was embedded. External front stairs were removed to accommodate the cars underneath the original front verandah. The wide garage entry kinks the symmetry of the original central entry door to one side, and now pedestrian and car entries are clearly delineated by a brick partition wall between that divides the garden.

While bedrooms occupy the upper, original floor and echo the original light timber construction, the lower level of living spaces is grounded in dark brick. On entering through the garden gate, a clear ‘spine’ of brickwork takes the eye straight through the core of the plan to the pleasing outdoor room and rear garden. A careful manipulation of landscape levels ensures the capturing of different vistas as one walks from front to back, drawn to the green swathe of lawn, topped by a shady old Mango tree, and sloping down to a pool running the edge of the boundary. The internal living area sits in a light-filled double height void, and flows seamlessly to the outdoor room. Indoor and outdoor become one, and the upstairs level overlooks and shares in the arrangement over its mezzanine balcony. Operable timber batten screens wrap the outdoor living room and modulate breeze, privacy and sunshine.

The intimacy of the dining room to one side of the living space is enhanced by the manipulation of a garden made level with the low widowsill, establishing a secondary landscape-in-miniature that is claimed as part of the interior space.

The project is the first major one for the infant practice and shows a maturity of understanding of where to privilege the key moments and proportions of a building and create pleasurable and humane living. 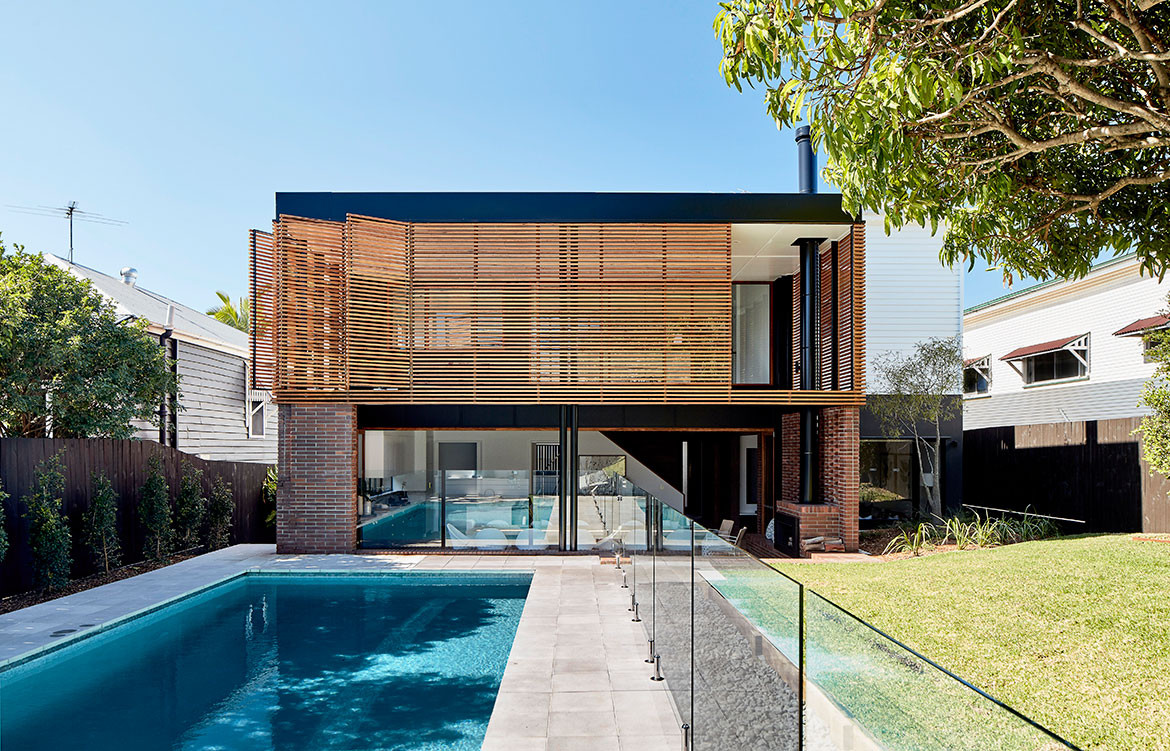 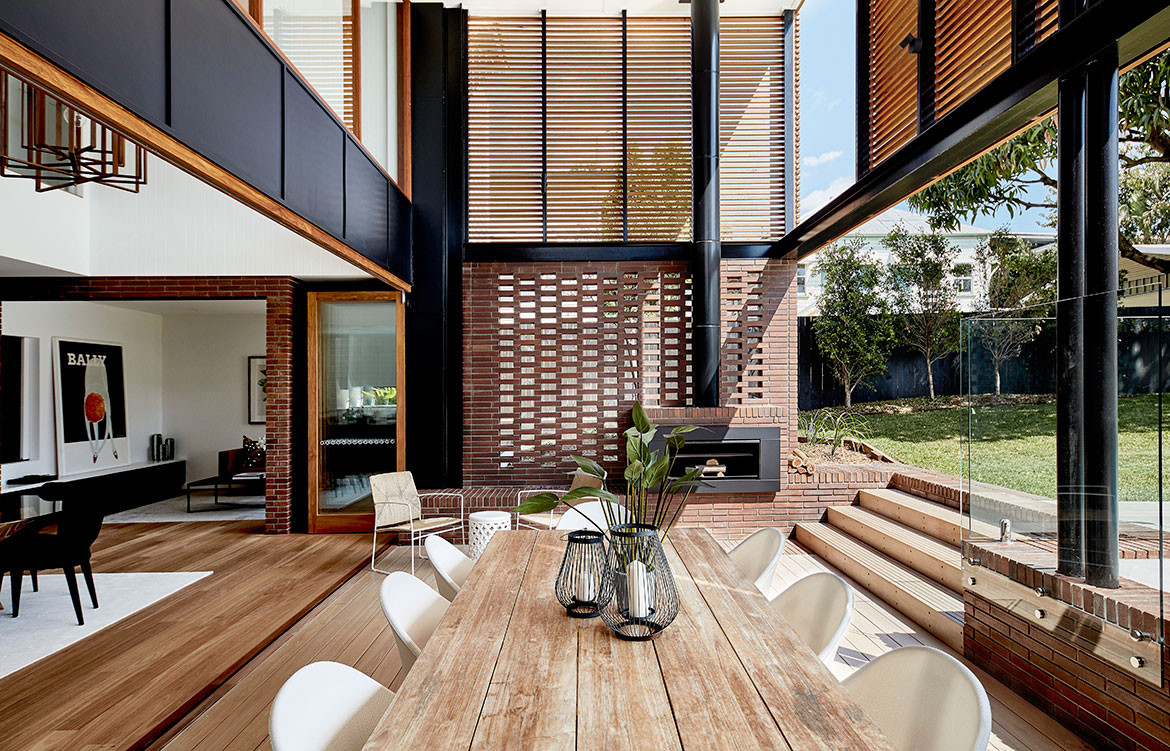 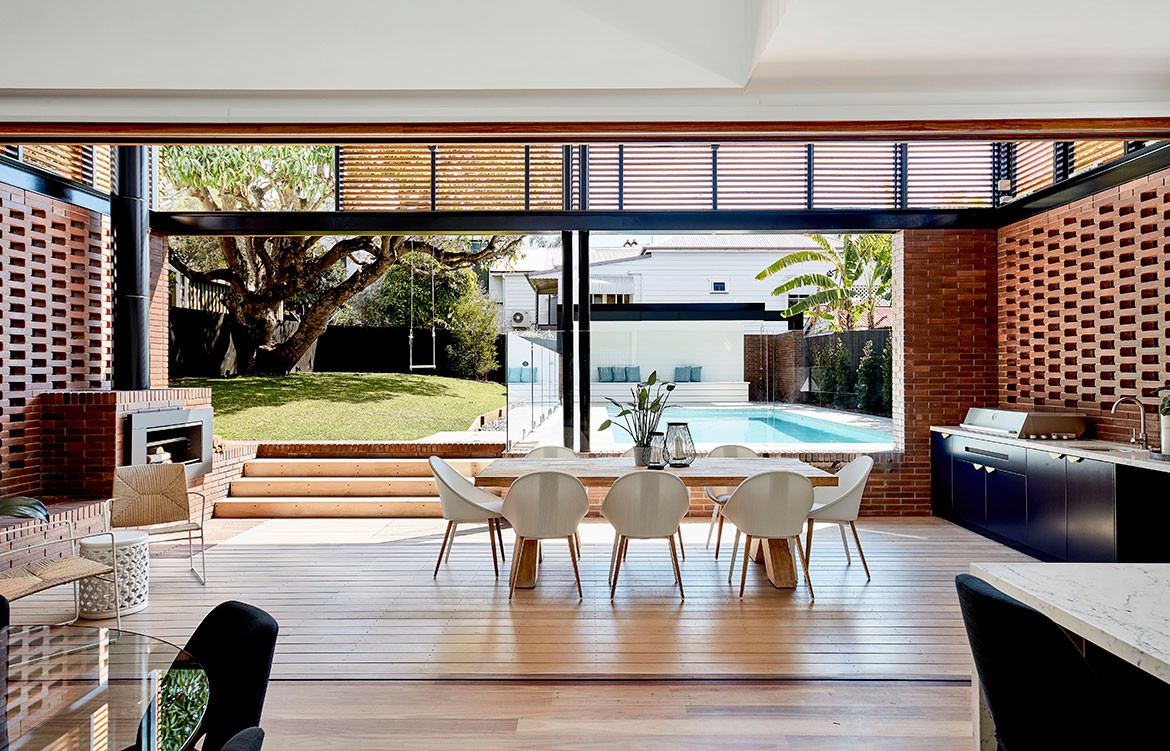 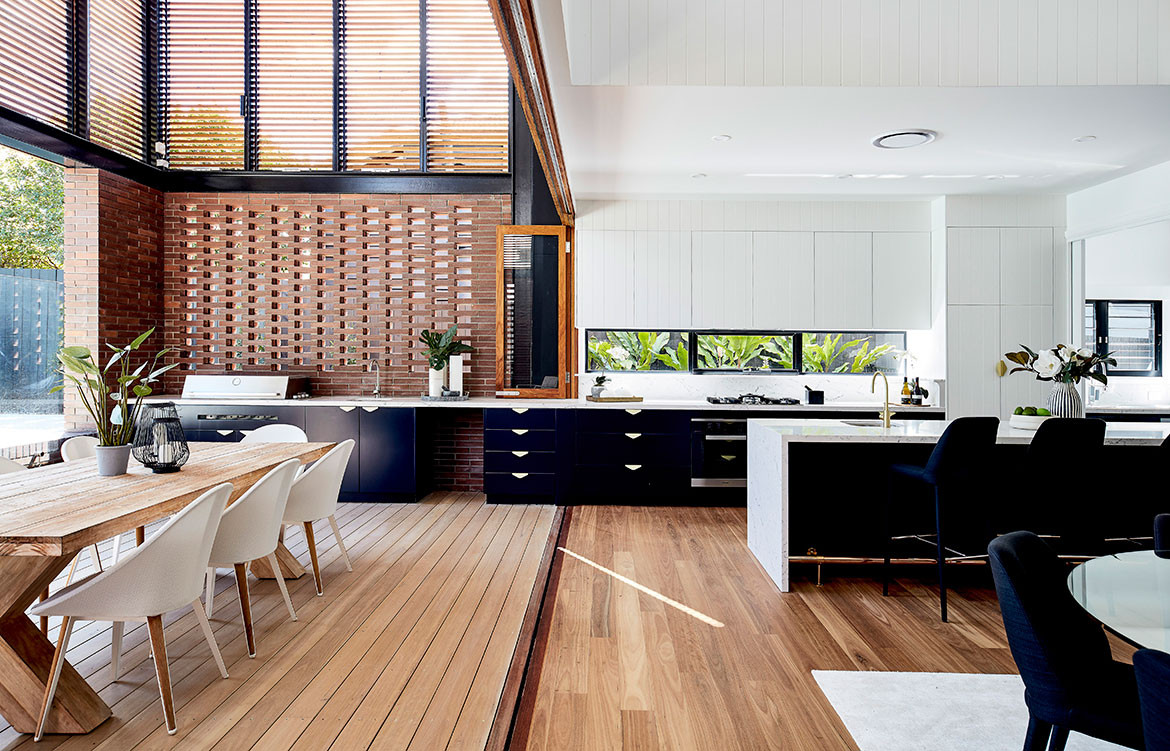 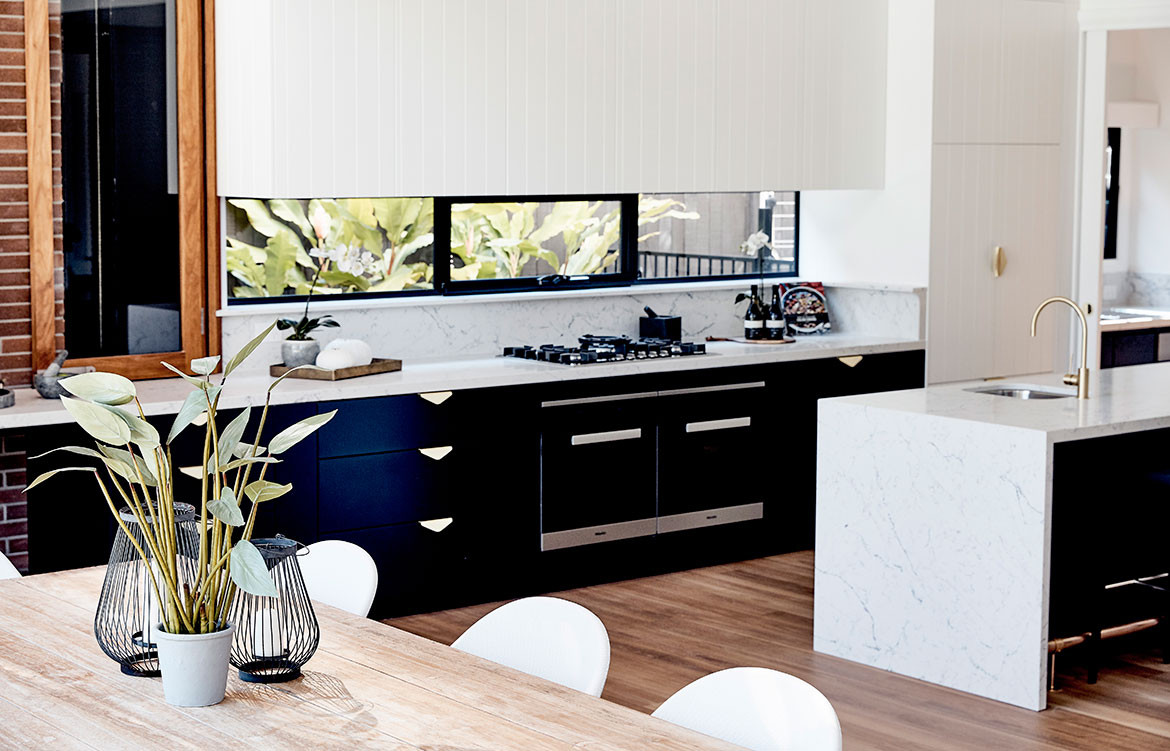 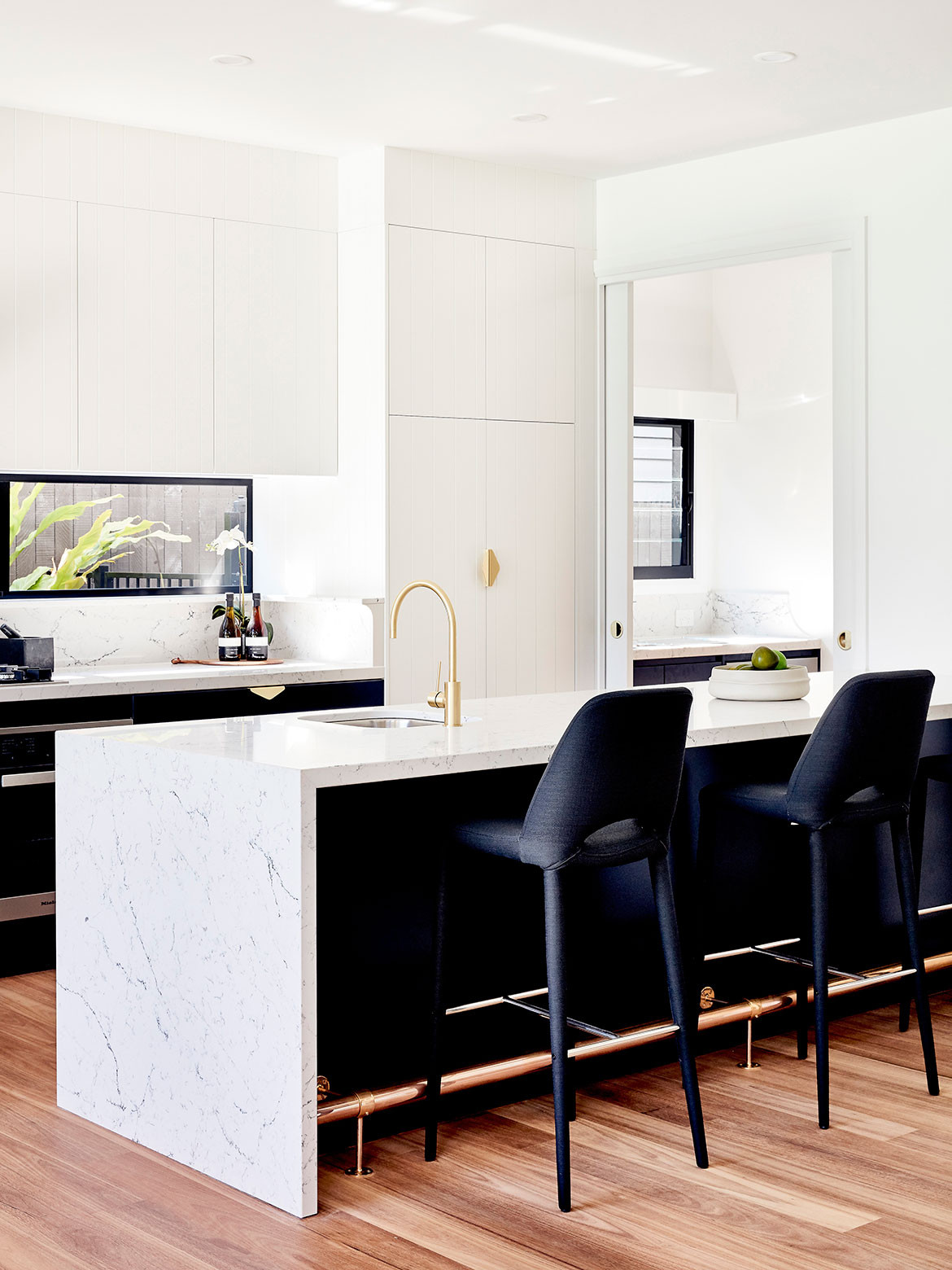 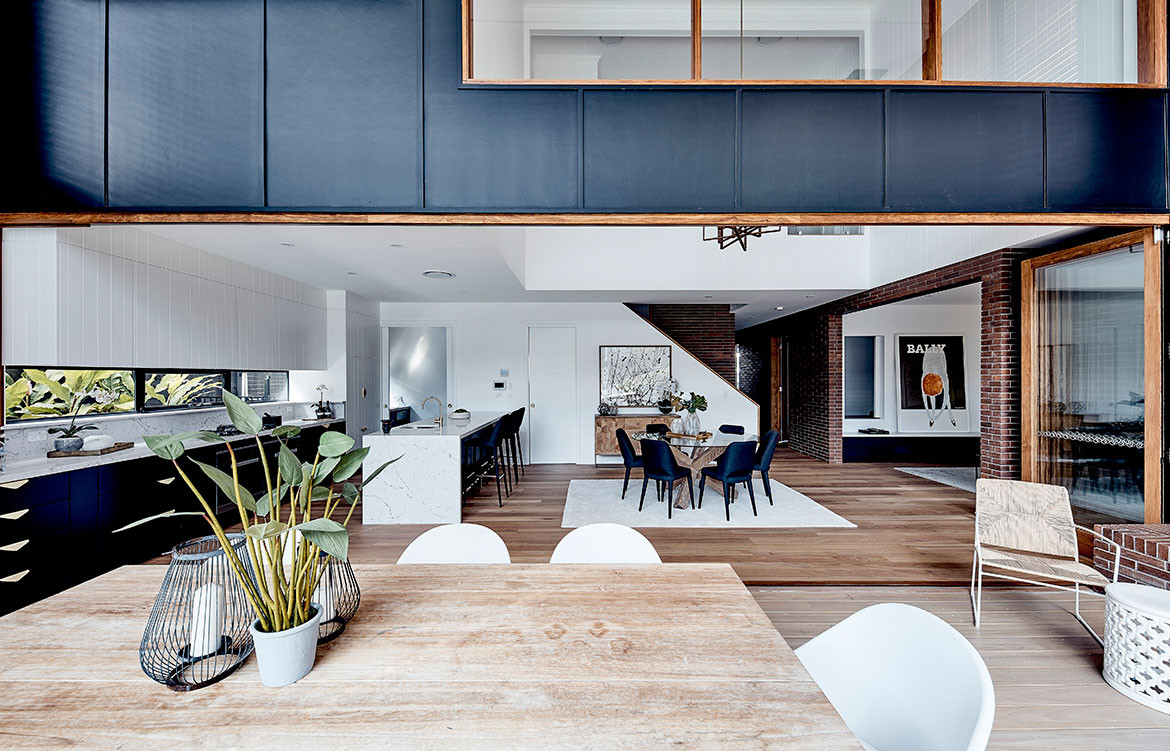 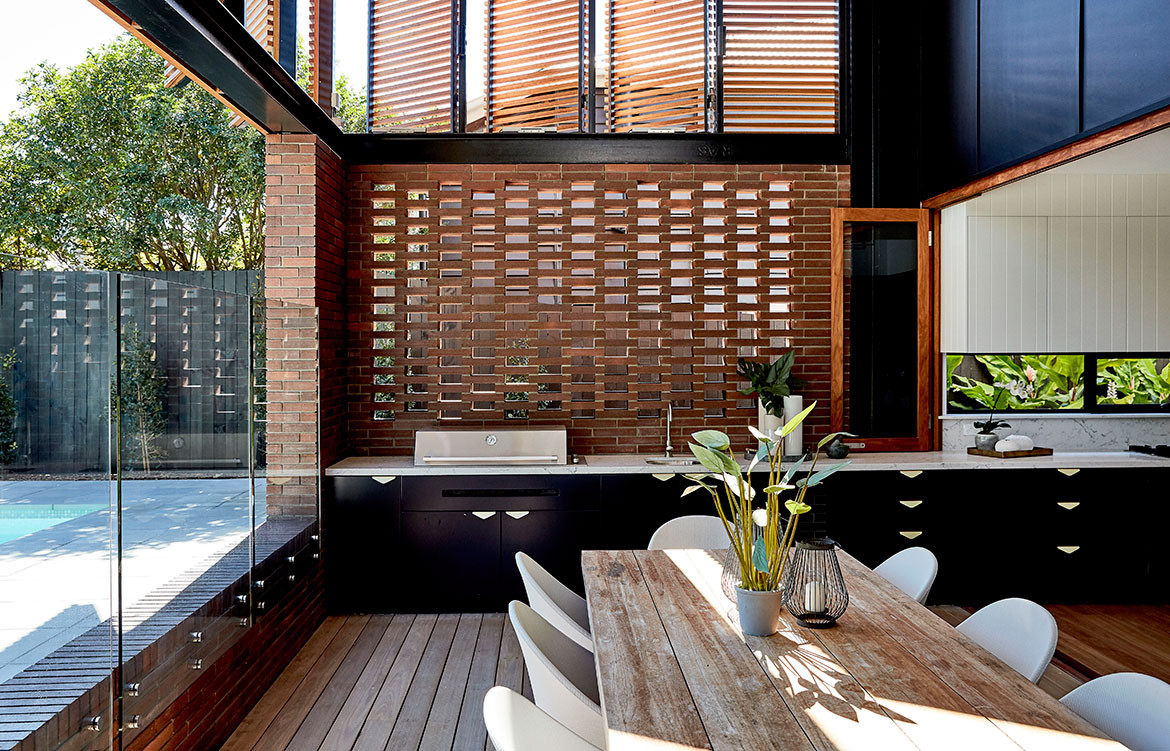 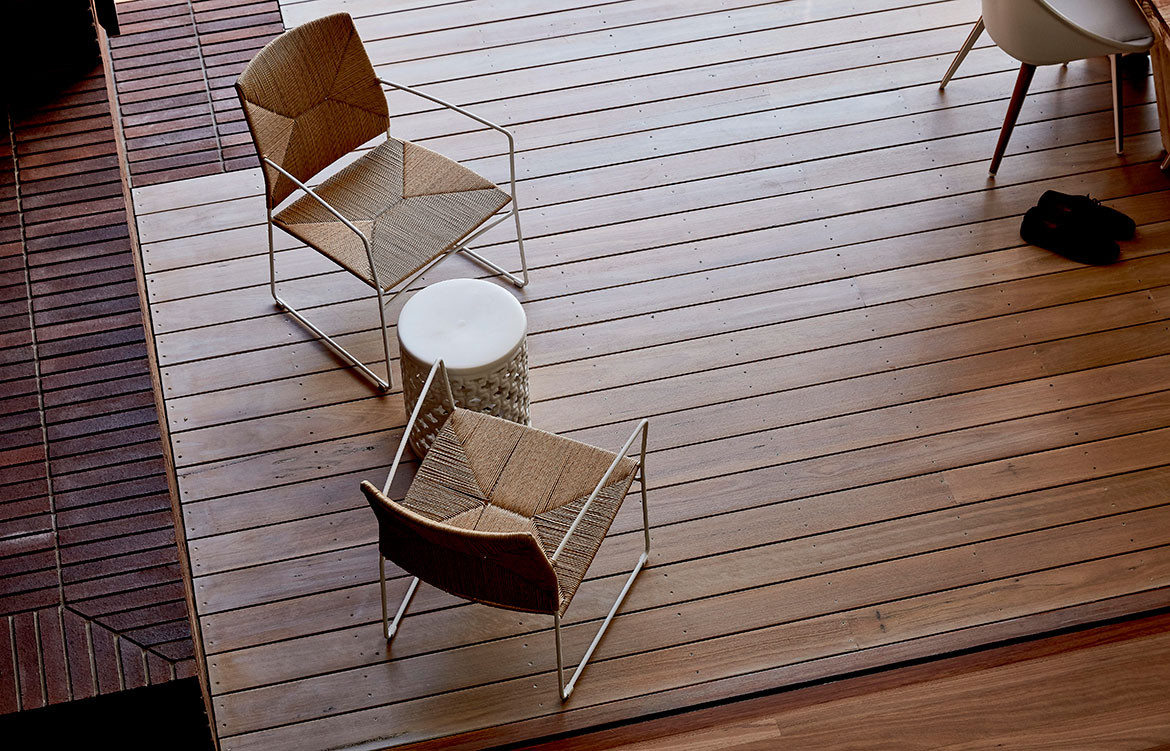 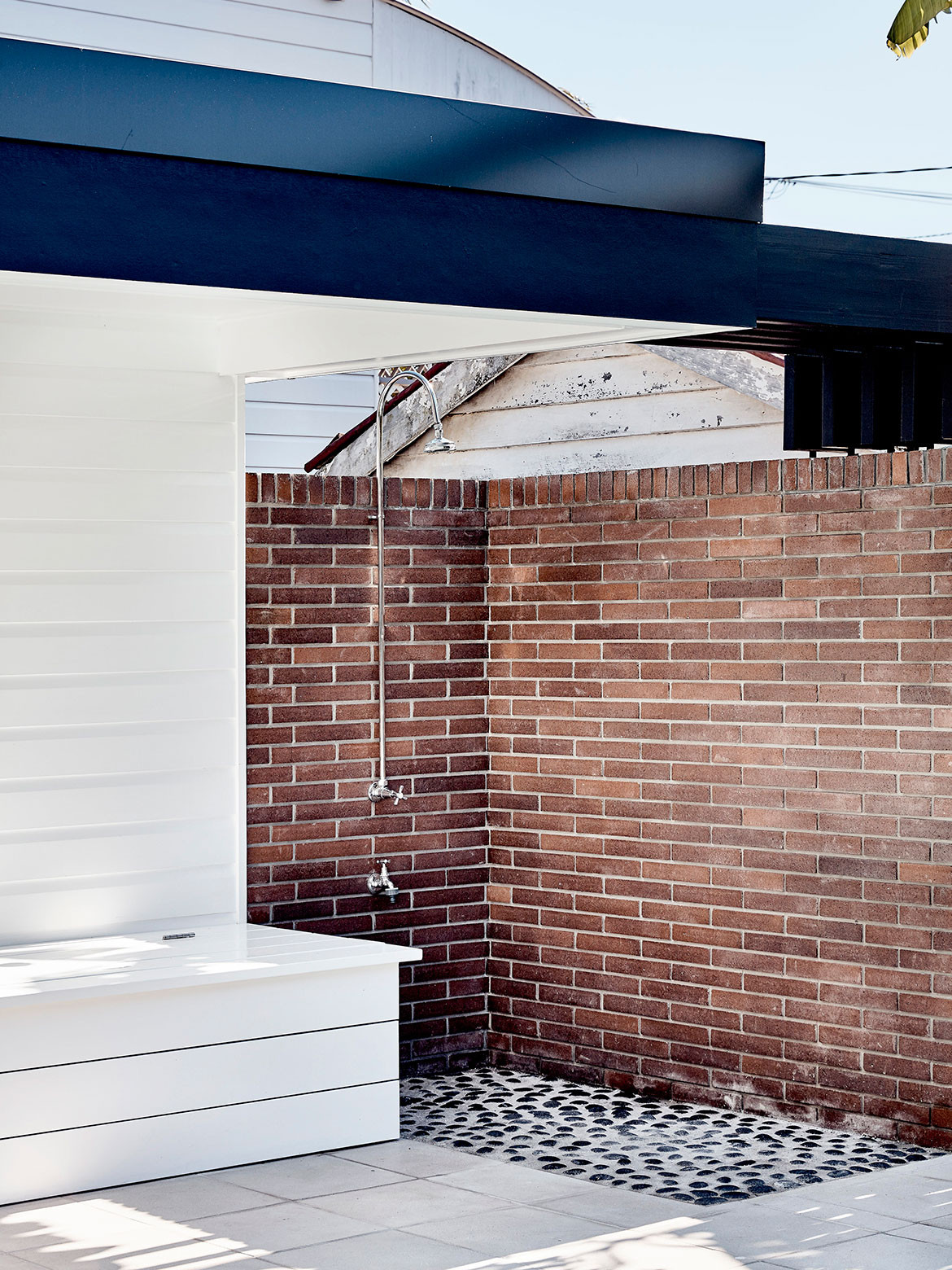 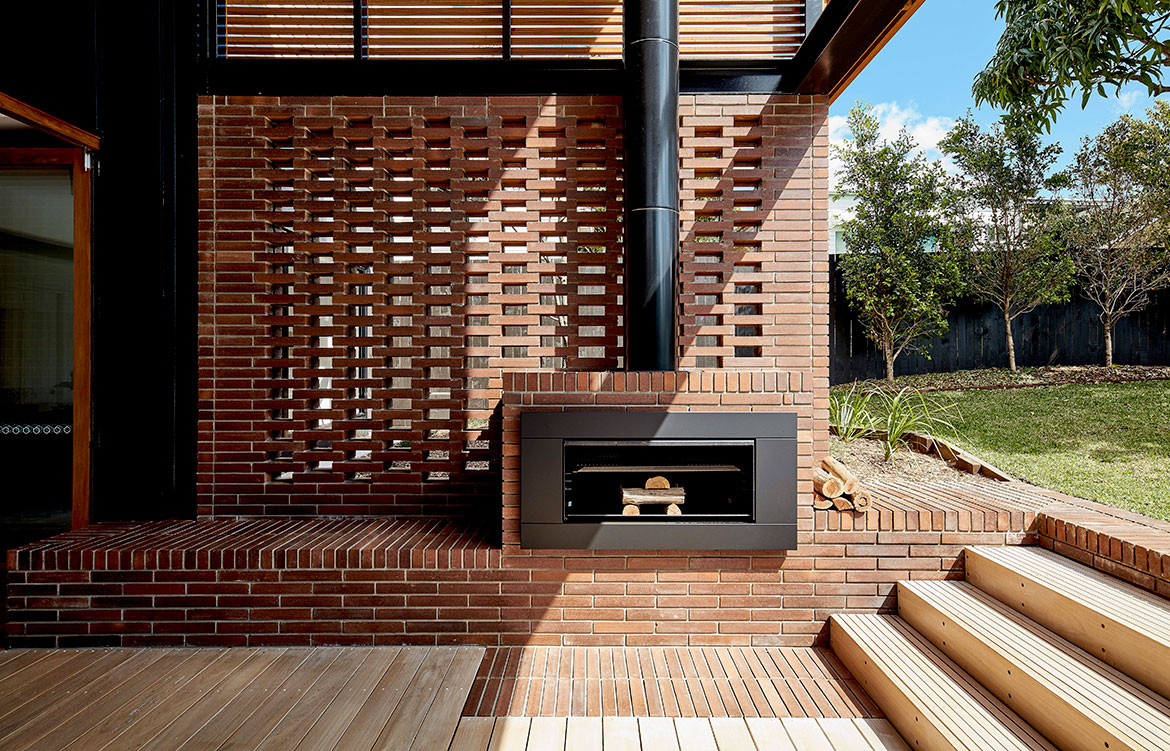 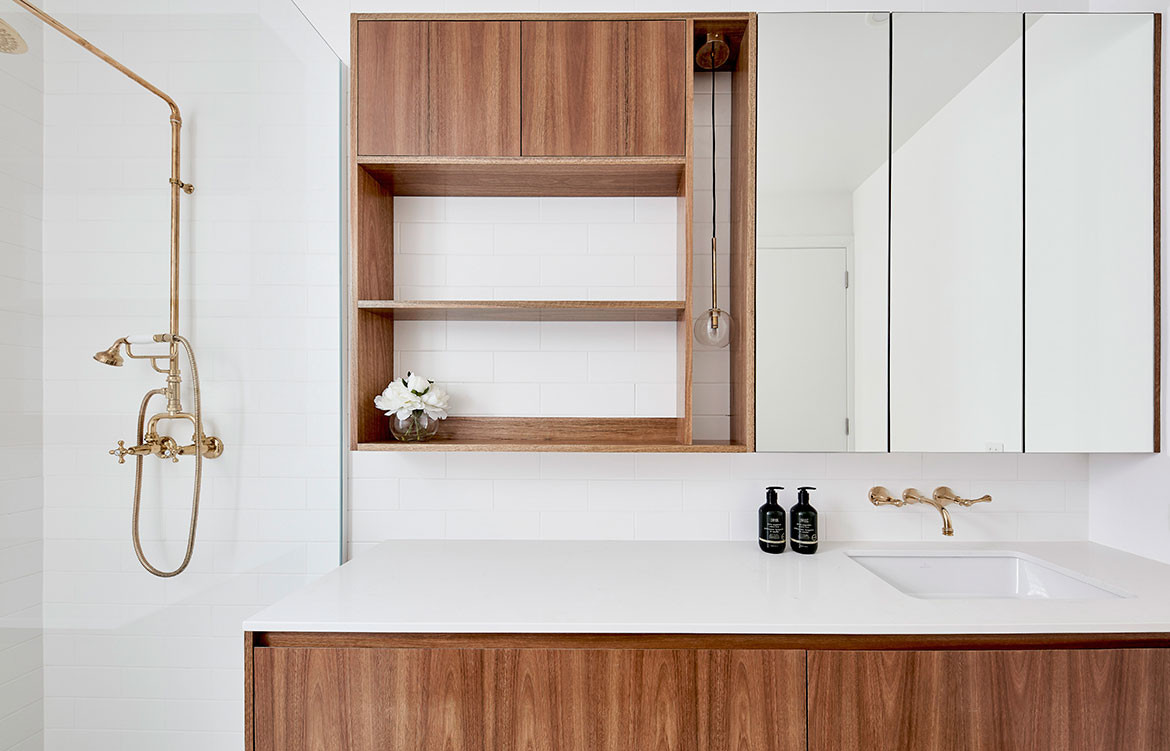 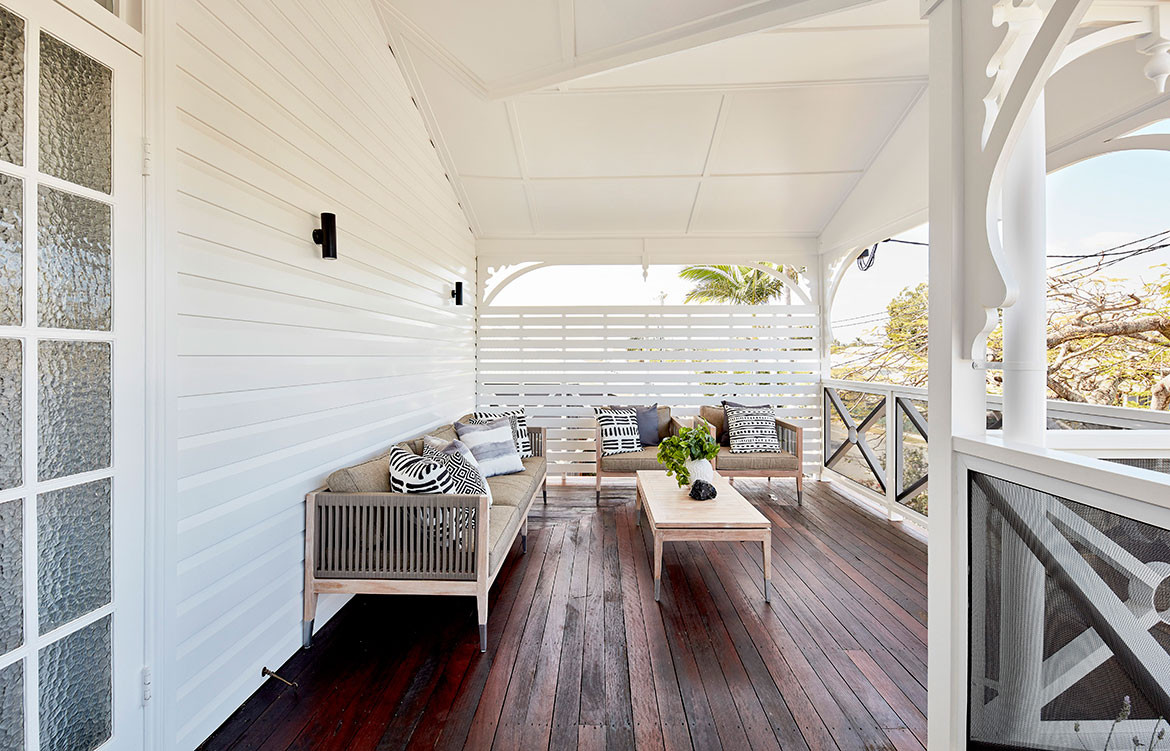 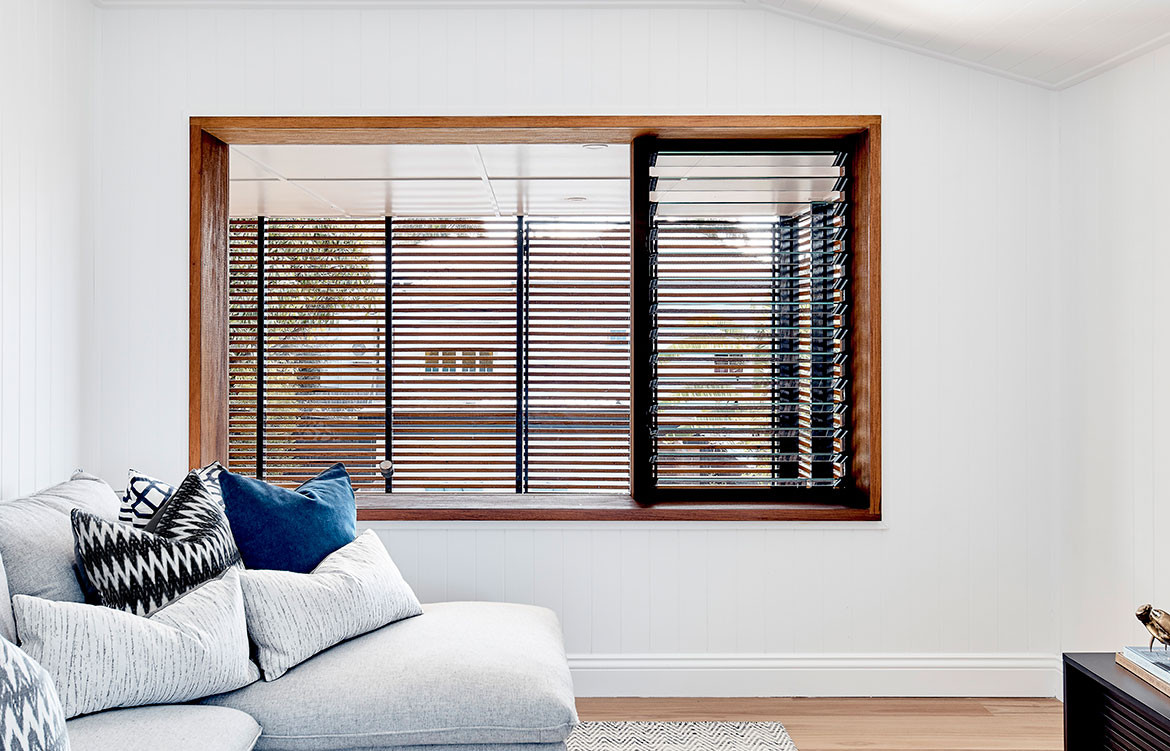 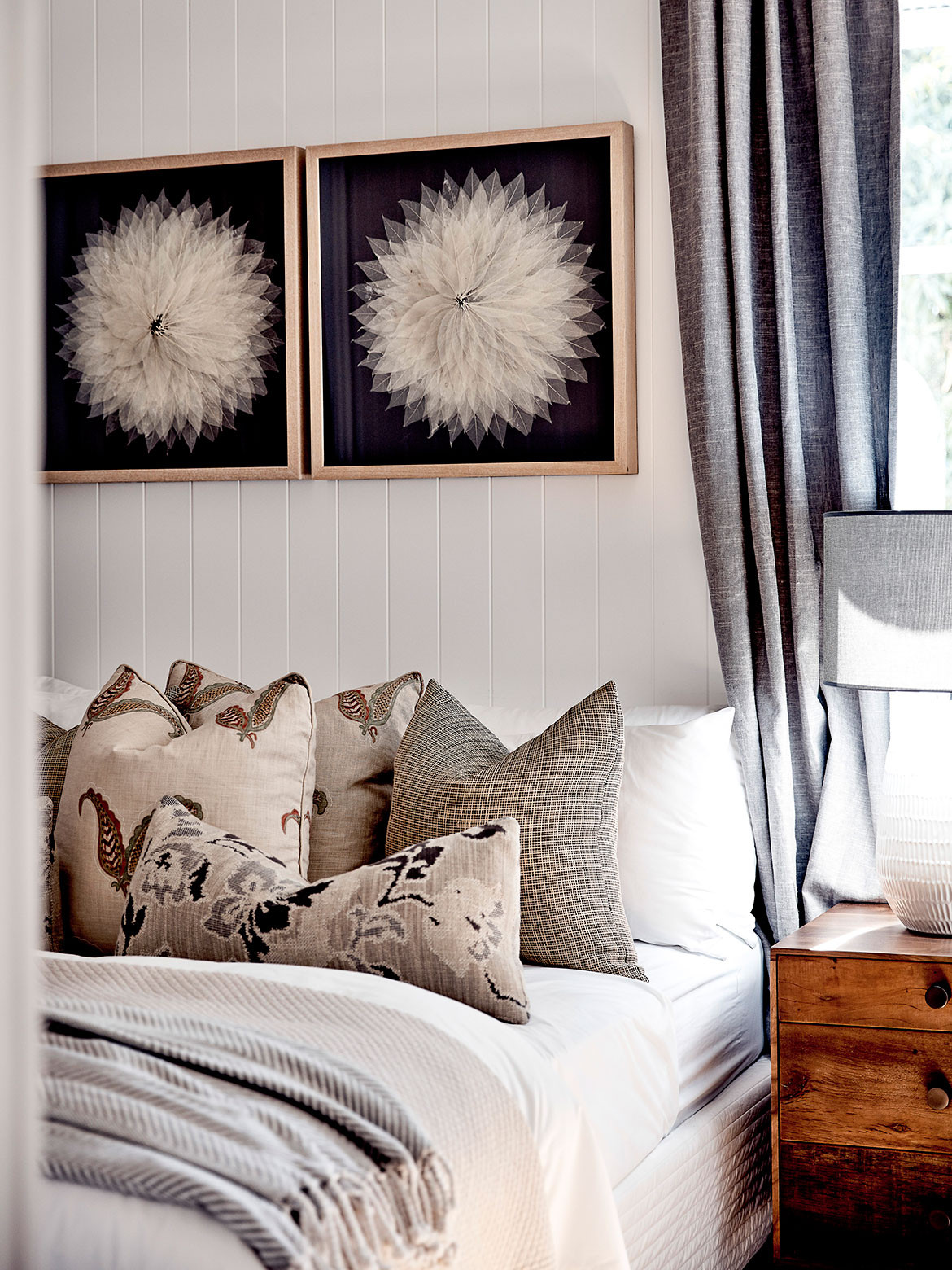 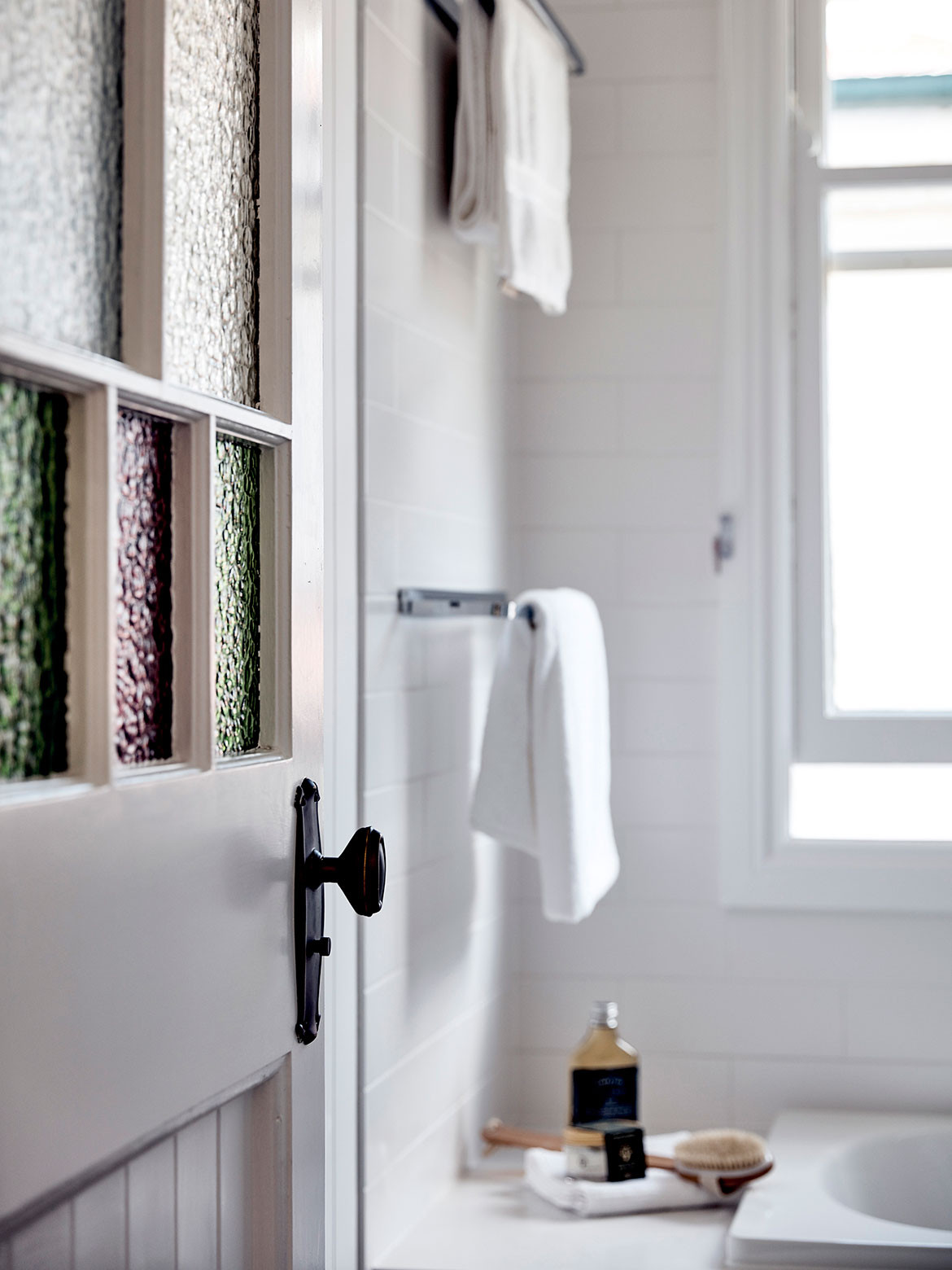 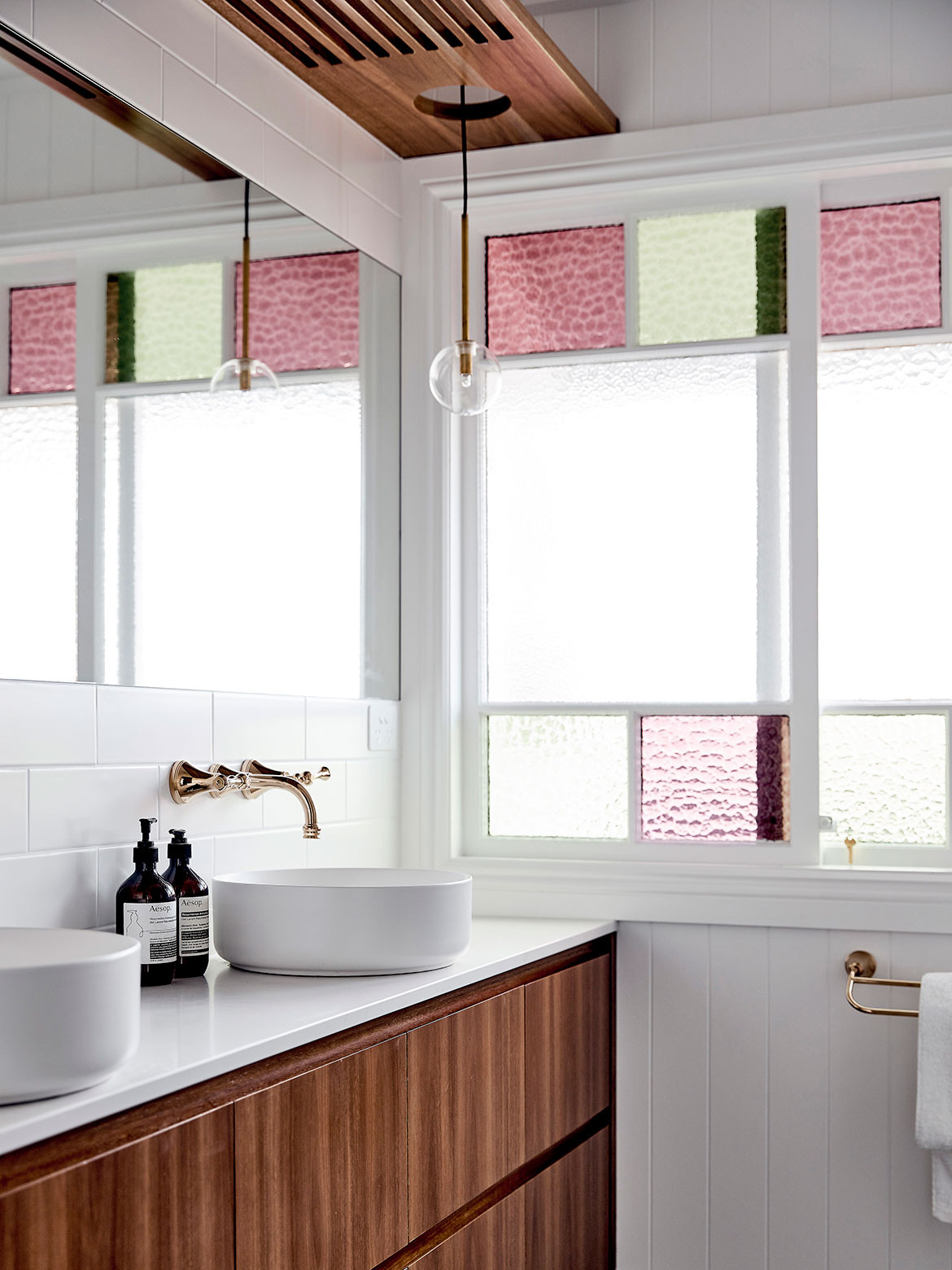 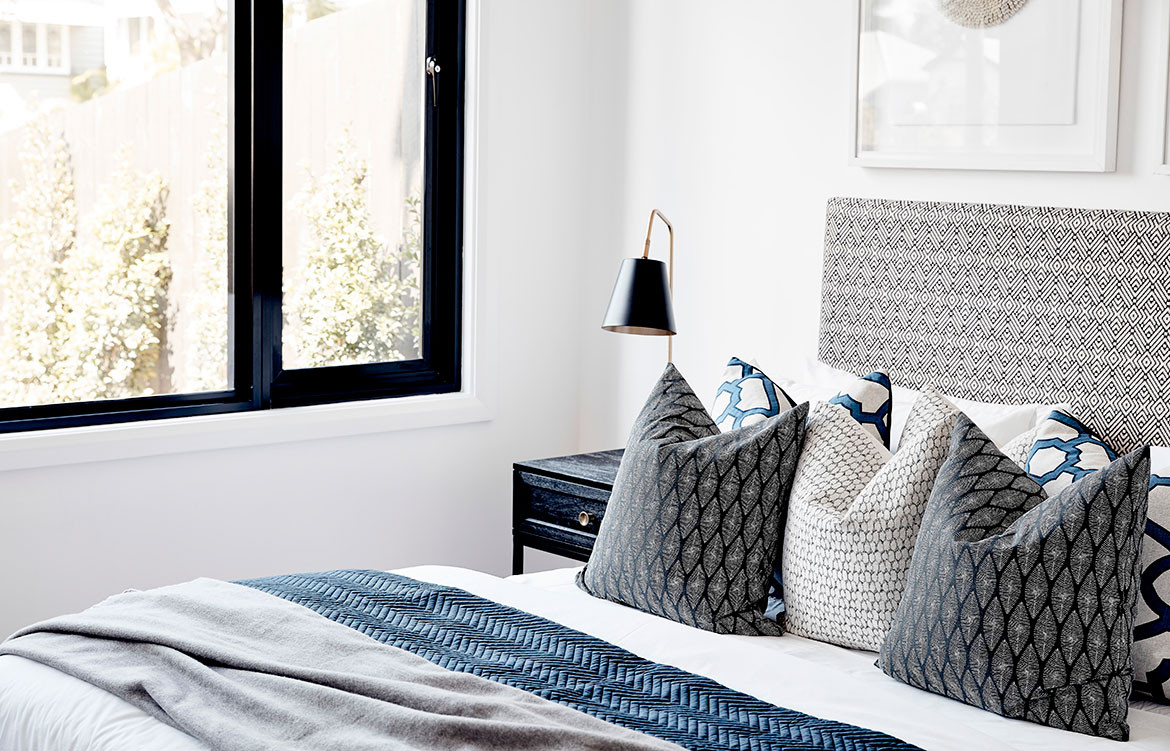 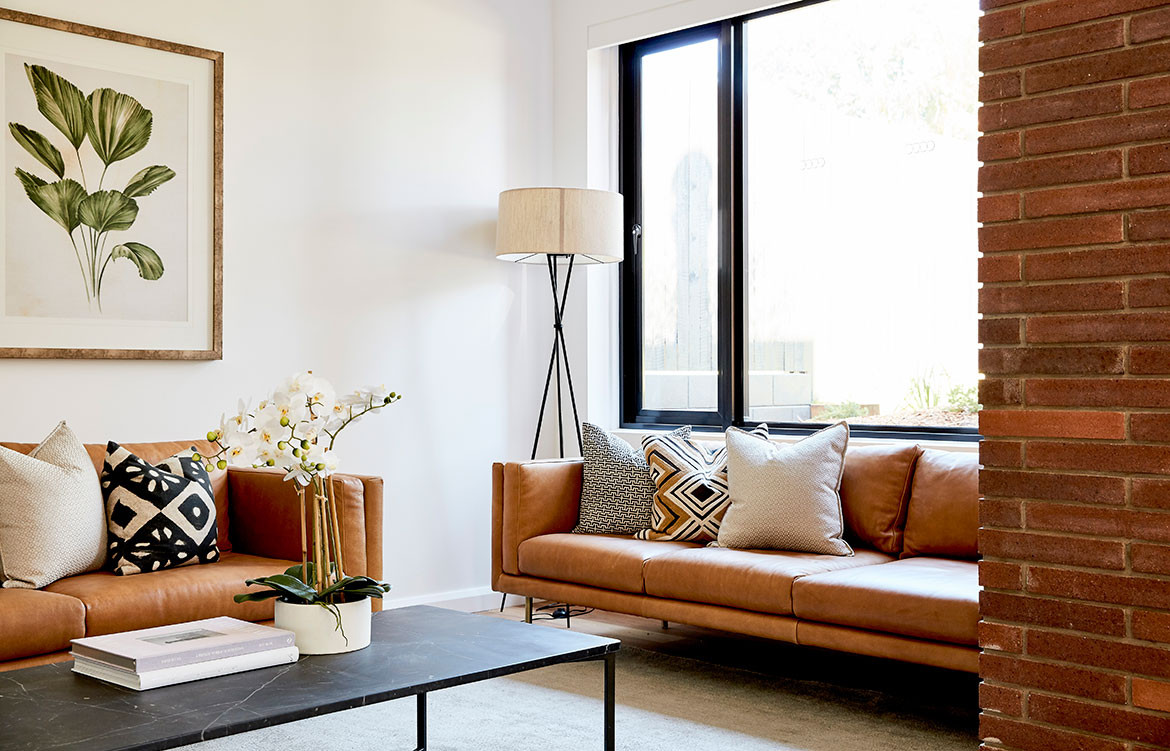 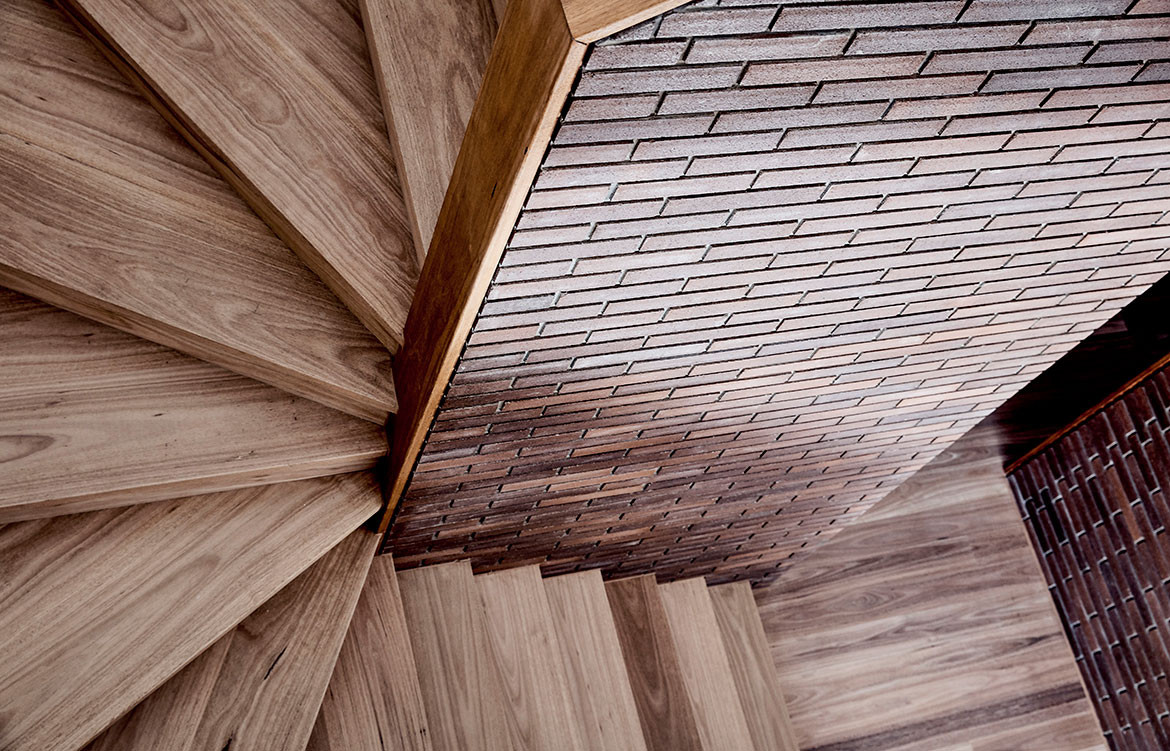 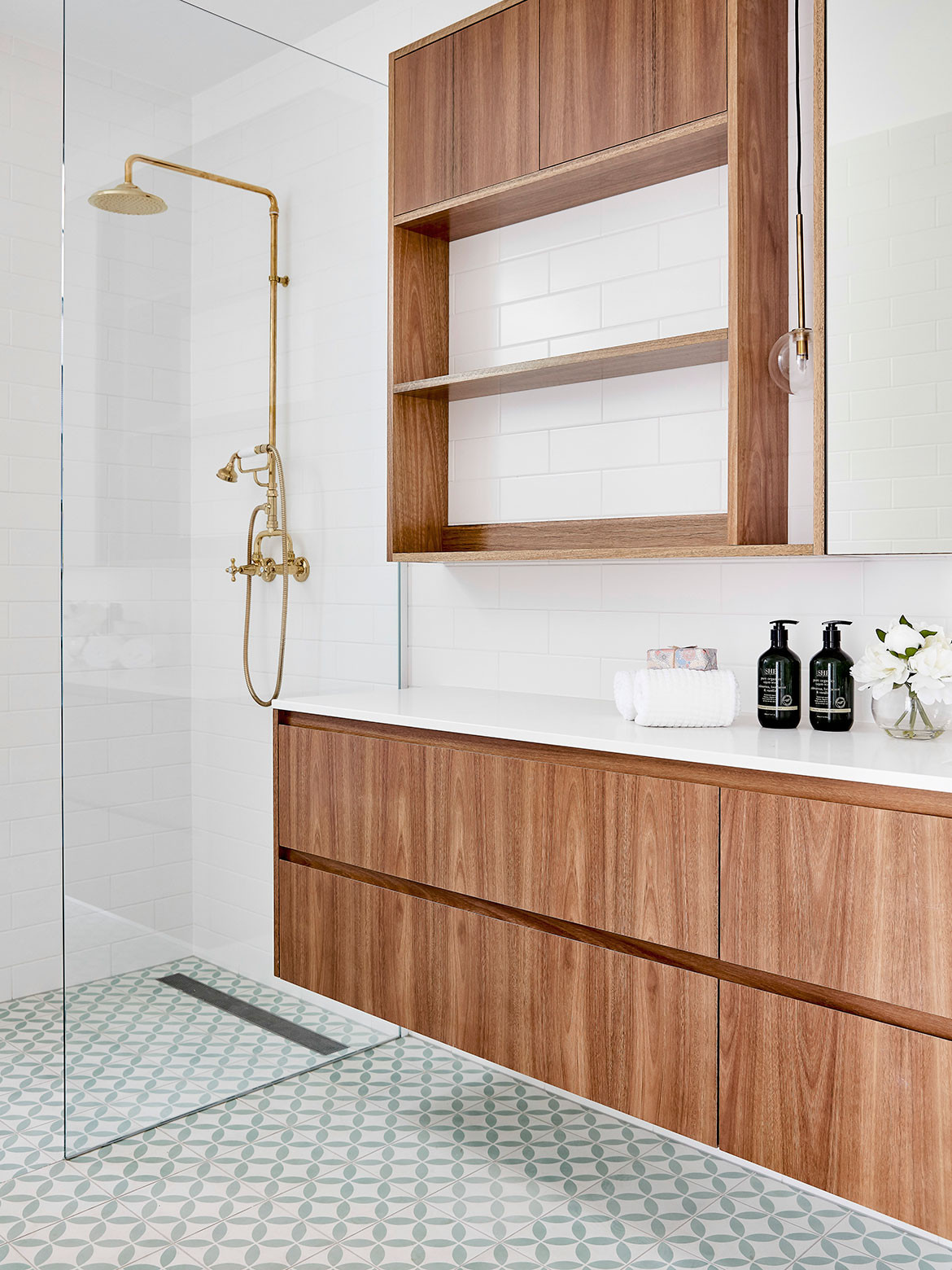 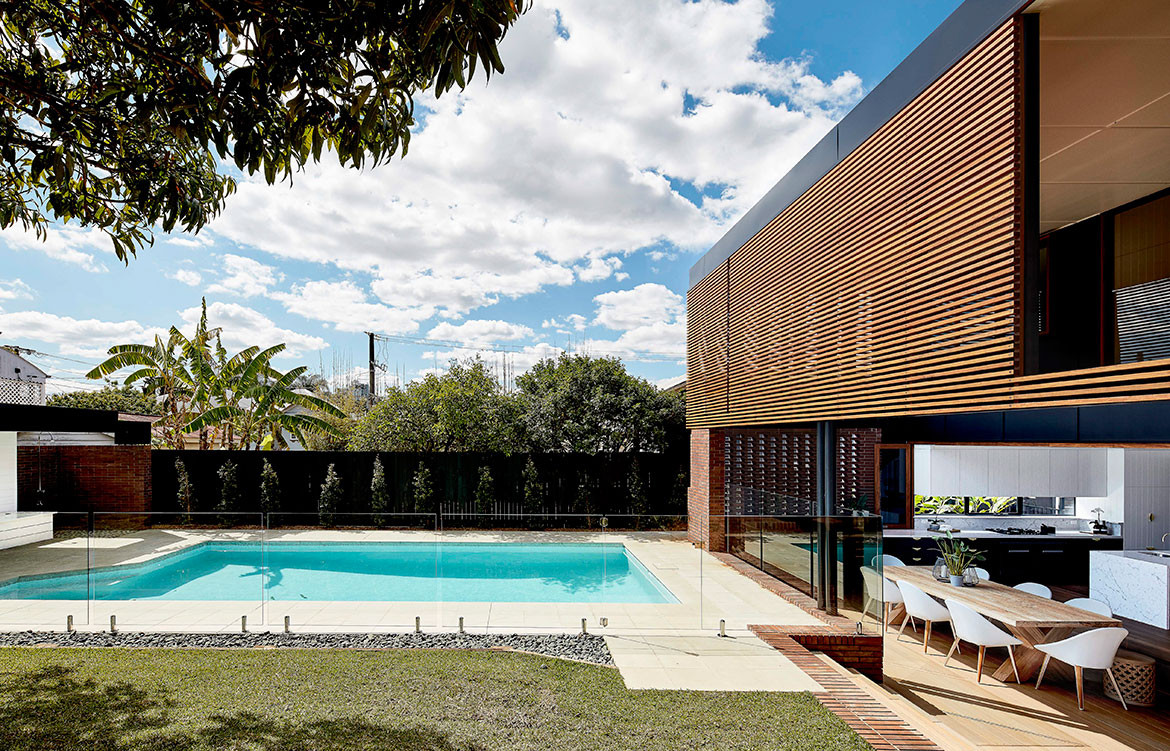 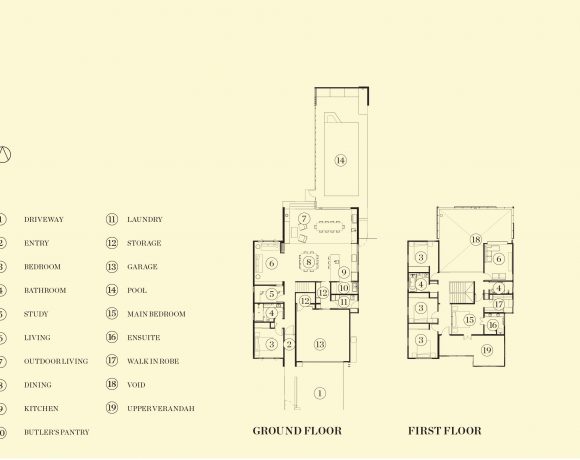