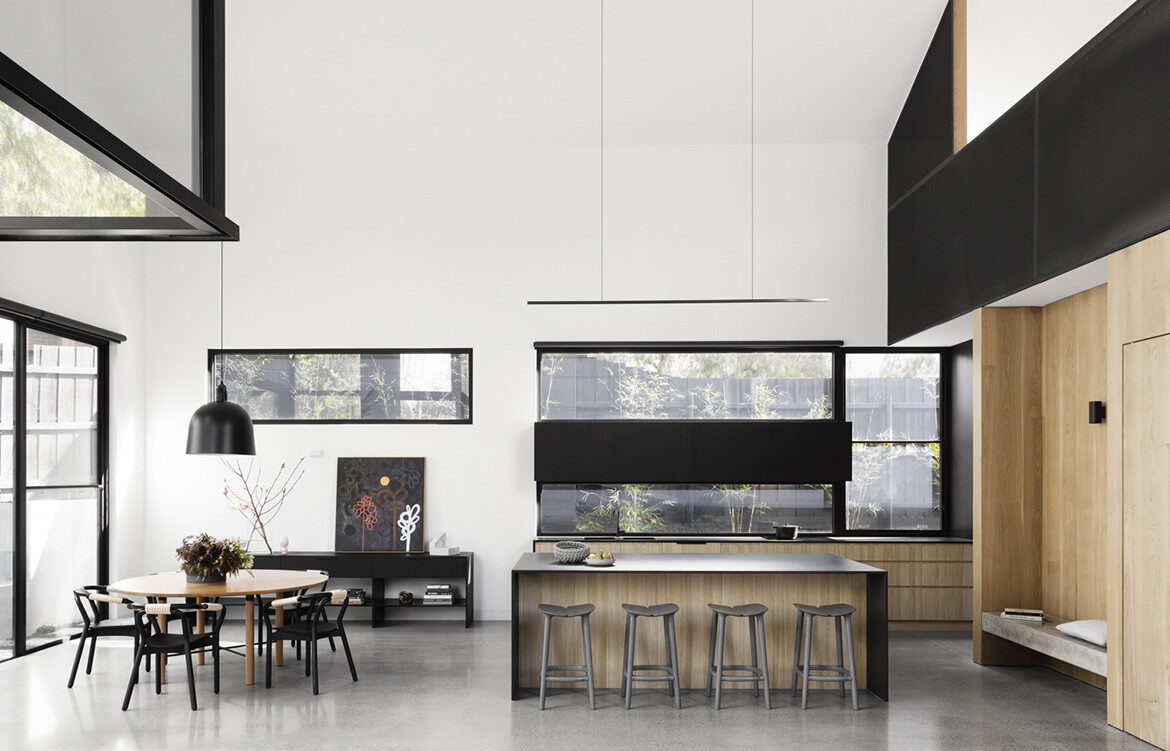 This home in Melbourne makes quite the statement. Yet like the Vivid Slimline range from Phoenix Tapware less is more and a few iconic elements of design is enough to make a lasting impression.

This house in Camberwall, Melbourne, casts an impressive shadow that is in stark contrast to its neighbours along the residential streetscape. The charred-timber façade creates a barn-like aesthetic with contemporary flair.

Urban Barn was designed by design studio Heartly, who work across building concept design, renovation and extension concept design, and interior design. The residents gave Heartly a brief for something that was creative and unconventional – inside and out – for their home. As a young, vibrant family they wanted to live in a place that reflected their lifestyle and distinct personalities.

The edgy, conversation-starting design iconizing the exterior doesn’t stop there, but rather continues inside. The internal layout has been designed around a central amenities box that conceals utility rooms within the house such as the pantry, a powder room and staircase.

Navigating the narrow corridor around the central “utilities” box creates drama as once each corner is turned the space opens up into the open-plan kitchen/living/dining area beneath a large, nine-metre void flooded with space and natural light.

“The design of the interiors was not limited by conventional parameters, this created an opportunity to think outside the square with the client embracing this approach,” says Mikayla Rose, director of Heartly.

“We knew the Vivid Slimline range would suit the design intent of the urban barn very well,” says Rose, “[it] complements the barn perfectly with a pared-back, unpretentious aesthetic.”

Meet the Next Generation of Bathing