A beast of a bar

See some of the artists ARNDT ..

A beast of a bar 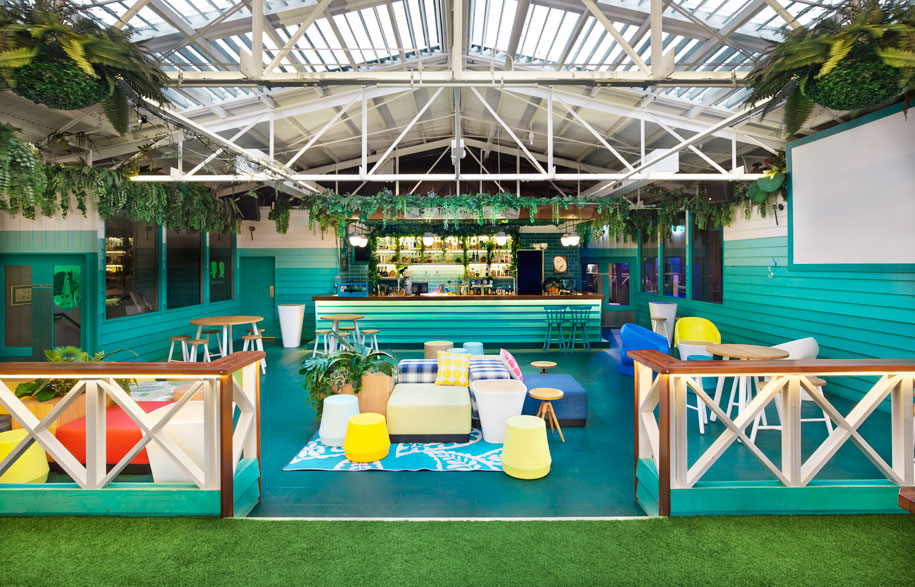 Labelling itself a “prehistoric beast”, one of Brisbane’s recently launched ‘meet and eat’ venues, or perhaps that should be ‘meat and eat’ (although the venue caters to omnivores and herbivores), the Woolly Mammoth Alehouse offers multi-purpose experiential spaces, live music, a range of mouth-watering fare and craft tap beer – even paying homage to its namesake with a full-sized woolly mammoth replica.

Staking its territory on Fortitude Valley’s Ann Street, Woolly Mammoth is divided into a trio of zones – the Alehouse, Garden Bar and aptly named, Mane Stage.

Derlot director Alexander Lotersztain, who along with designer Pamela Georgeson designed the Garden Bar and Alehouse, says the brief called for a “beer hall-styled interior” lower level to complement the client’s focus on food and craft ales whereas an upper level required an activity-based space with a “lighter aesthetic” for cocktails and bocce.

“The balance was to make both venues complement each other,” says Lotersztain.

“We have managed to achieve this by paying particular attention in collaboration with the client on the food and beverage, music and entertainment theme. This has allowed patrons to experience different levels of enjoyment throughout the day and night.”

The challenges? Lotersztain says coming up with the name, Woolly Mammoth and convincing the client to include a replica of the Ice Age beast was no easy feat.

“(It) took a long time to convince him.”

The name and prehistoric concept was born as Lotersztain and Georgeson brainstormed a drawcard for the interior.

“We came across a manufacturer of all kinds of beasts and birds for museums, saw the mammoth and thought it would be perfect,” says Georgeson.

“The interior has a sort of ‘cave-y’ prehistoric presence downstairs with stone walls and artificial plants spilling from nooks and crannies. Upstairs…is a jungle.”

In a former life the building was home to the Mustang Bar but now, as Woolly Mammoth, patrons can enjoy food and drinks at all three venues including live music at the Mane Stage, craft beers and shuffleboard in the Alehouse and indoor bocce and giant jenga at the astro-turfed Garden Bar.