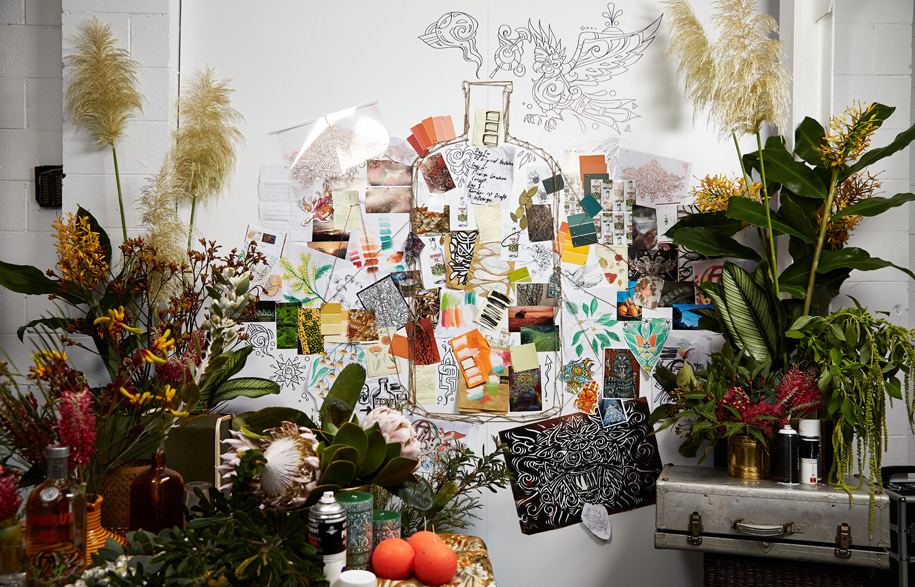 Absolut vodka has a rich heritage of collaborating with inspirational artists and is now evolving this spirit of creation for the next creative generation.

At the heart of Absolut Oz is an inspiring emblem designed by Luhrmann in partnership with his Creative Director and wife, Catherine Martin. Featuring Australian icons including sulphur-crested cockatoos and native flowers, alongside references to various ingredients which make up its spiced orange flavour including gum nuts, orange and cardamom, the design became the inspiration for two other artists – Adriana Picker and Tim De Haan (also known as Phibs) Street Artist – to create their own interpretation which will appear in locations around Chippendale, Sydney, as well as in the Melbourne CBD.

“The concept of eco-friendly art strongly appeals to me on a number of levels’’, said Luhrmann. “At its heart is the idea that something remarkable can be brought to life or transformed in a totally new way.” This idea of transformation is also very much a part of the Absolut mantra, Transform Today.

“Luhrmann is known for taking the classics and transforming them into modern masterpieces,” says Anne Martin, Marketing Director of Pernod Ricard Australia, “so it’s a fitting evolution that these two emerging artists have used Absolut Oz as created by him and reinterpreted the work into their own unique piece.”

“The all-important subtitle of Absolut Oz – ‘we are all equal under the sun’ – also becomes much more relevant with this next creative phase being realised in the truly egalitarian medium that is street art,” adds Martin.

Picker’s work will be unveiled on 28th March, 2014 and will be viewable for up to four weeks thereafter at the old Abecrombie Pub.

“I think the ephemeral nature of this work reminds us that art doesn’t have to be something hung in a museum forever, like so much in life it can be fleeting, it’s the impression or memory that counts,” adds Luhrmann.

Watch below for more of the behind scenes footage:

Cosm Work Chair with Low Back and Fixed Arms in Nightfall