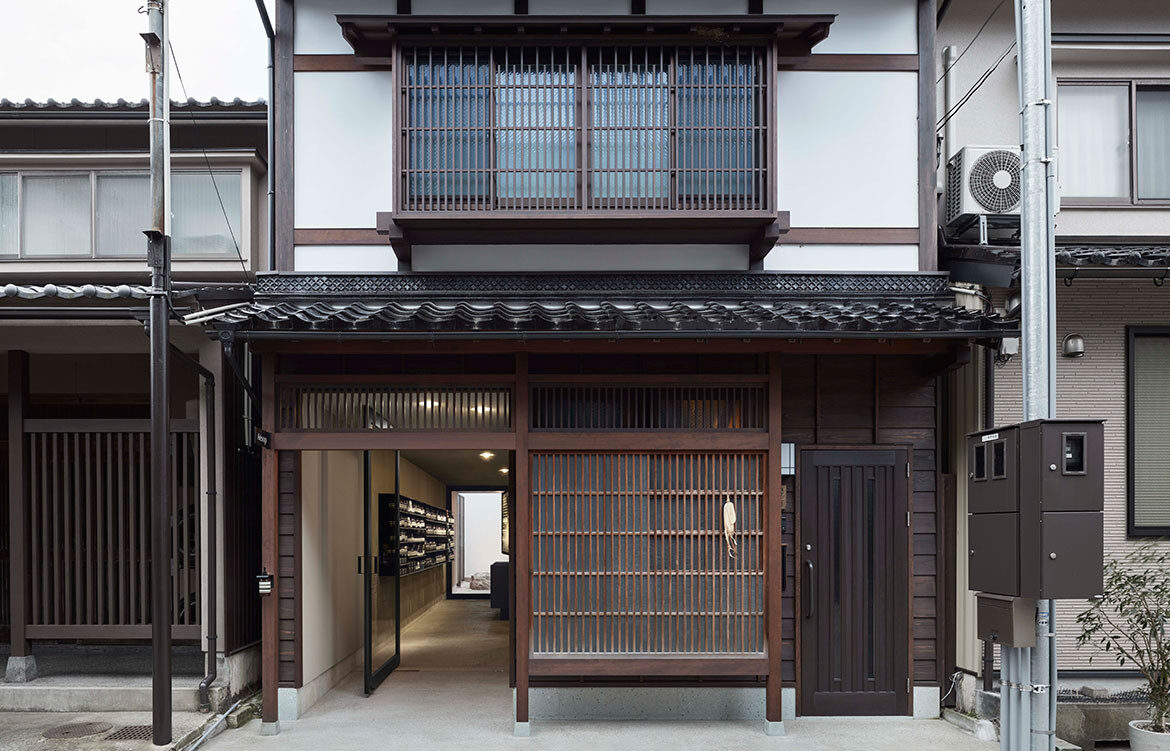 Held on a narrow site occupying a mere 67 metres-squared and located in a quiet, mixed residential and commercial neighbourhood, the intimate store sees its design re-connecting with the site’s original machiya (traditional wooden townhouse) history. Prior to the house’s second rebuild and primary usage as a storehouse, it was formerly a traditional townhouse residence. CASE-REAL and Aēsop aimed to restore the house’s original characteristics by removing existing walls and retaining its wooden structure, uncovering the site’s former architectural elements and atmospheric charm. The store’s exterior shikkui lime plaster walls were maintained, with an additional washi-style shoji screen rear window in the store’s back room area. CASE-REAL also incorporated straw fibres into the cement flooring throughout, aiming to connect each volume and space of half-outdoor doma (floor).

The city of Kanazawa is also known as “Little Kyoto” due to its abundance of preserved traditional houses, with the retail site’s location found within the traditional district that inevitably included construction regulations and restrictions. The architects were required to retain the original vertical lattice façade, known as koushi, and changed the original hinged entrance door to a sliding door whilst maintaining it’s original brown colour furthermore adhering to strict colour standards in place to ensure visual harmony for the surrounding neighbourhood.

One of the main challenges was the approach to create a more open atmosphere for the existing, dark interior. CASE-REAL removed a closed wall that had divided the tori-niwa (the central earthen floor corridor) to instead directly lead to the back of the store where a small, enclosed courtyard area (tsuboniwa) is found at the rear. By opening up the interior it created a new navigation of space, and with the tori-niwa’s new pathway and position found between the store’s front entrance and rear courtyard, it created a key focus and natural channel to guide customers toward the pivotal central sink area of the store. A continuous shelving system also aimed to attract customers, made from specially-coated steel.

With design and construction realised over a period of nine months, the site is not only an example of a sustainable approach to contemporary store design, but integral to the retainment of the area’s cultural history and preservation that faces extinction.