How do You Design For Isolatio.. 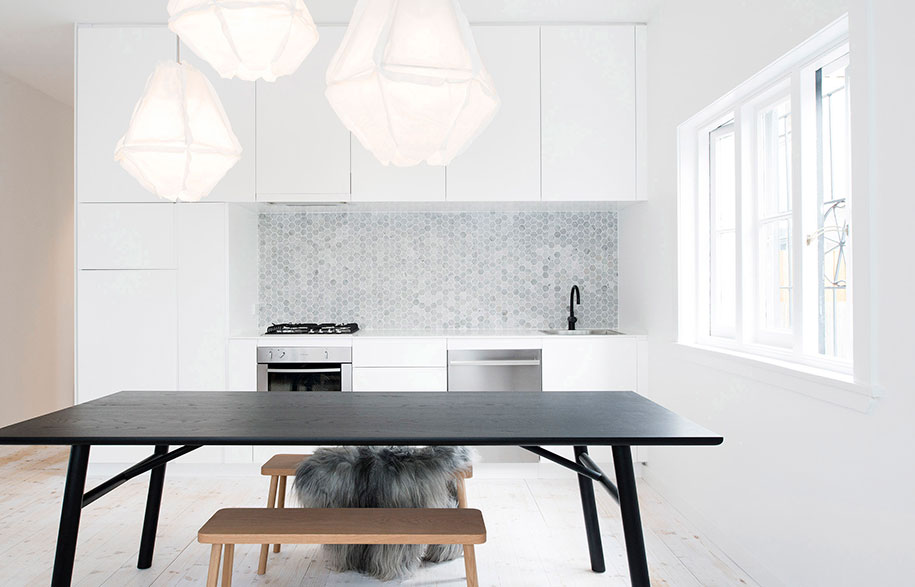 Light-drenched and pared back, the Bronte apartment redesigned by CM Studio is peppered with Australian design that emphasises natural timbers against a minimalistic white backdrop. For Christopher Glanville and Megan Burns of CM Studio, simplicity was key, and the pair collaborated with a number of “local fabricators, artists, designers and stores,” including Chris Colwell Design and Mr & Mrs White.

The brief was to simply redesign the apartment into a space that was suitable for a young couple with a clean aesthetic that referenced their casual coastal lifestyle. As such, ample natural lighting was a core focus within the residence.

For the flooring, “the existing pine floor boards were retained painted white and distressed.” Reminiscent of driftwood, the floor boards are paired with accents of white through the use of simple white joinery and Carrara marble touches.

“The building was a 1920’s walk up, typical of the Bronte area, but the apartment’s existing configuration did not make the most of the afternoon sun,” say Christopher and Megan, “so we decided to flip the plan, and moved the kitchen and living space to the rear of the building and opened it up with a new large bi-fold window.“

Moving From a Spacious Property to a City Apartment