Vertical Living In A Single Re..

How Leon House Designs The Hea.. 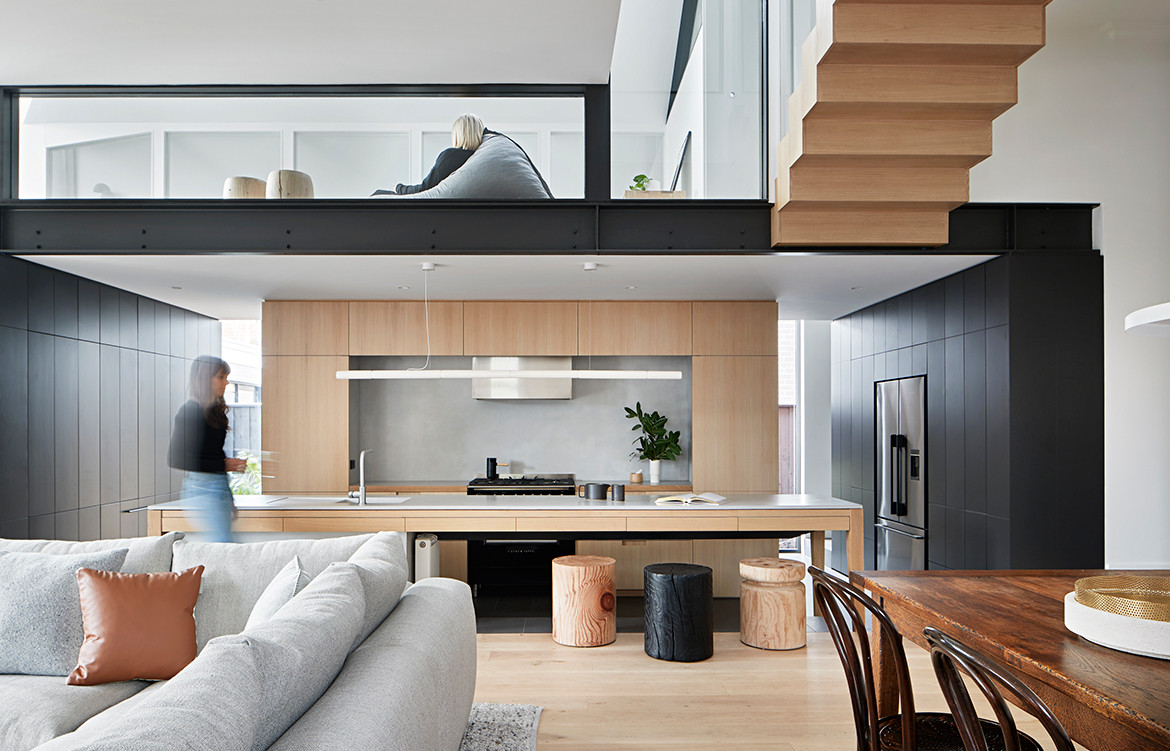 Connect Six in Brighton, Victoria is a house by Whiting Architects that fosters relationships through different layers and heights of design.

As a child, most of us played the game of connect four where we had to carve out connections between coloured plastic discs noughts and crosses style. Connect Six by Whiting Architects follows a similar approach by designing the family home around connectivity and consolidation.

“The house was large enough, it just needed to be better utilised”, says Steven Whiting, director of Whiting Architects. As a practice, Whiting Architects ensures that there is no distinction between the interior and architecture, offering a holistic approach that transformed the Edwardian Villa into a more generous and connected house. 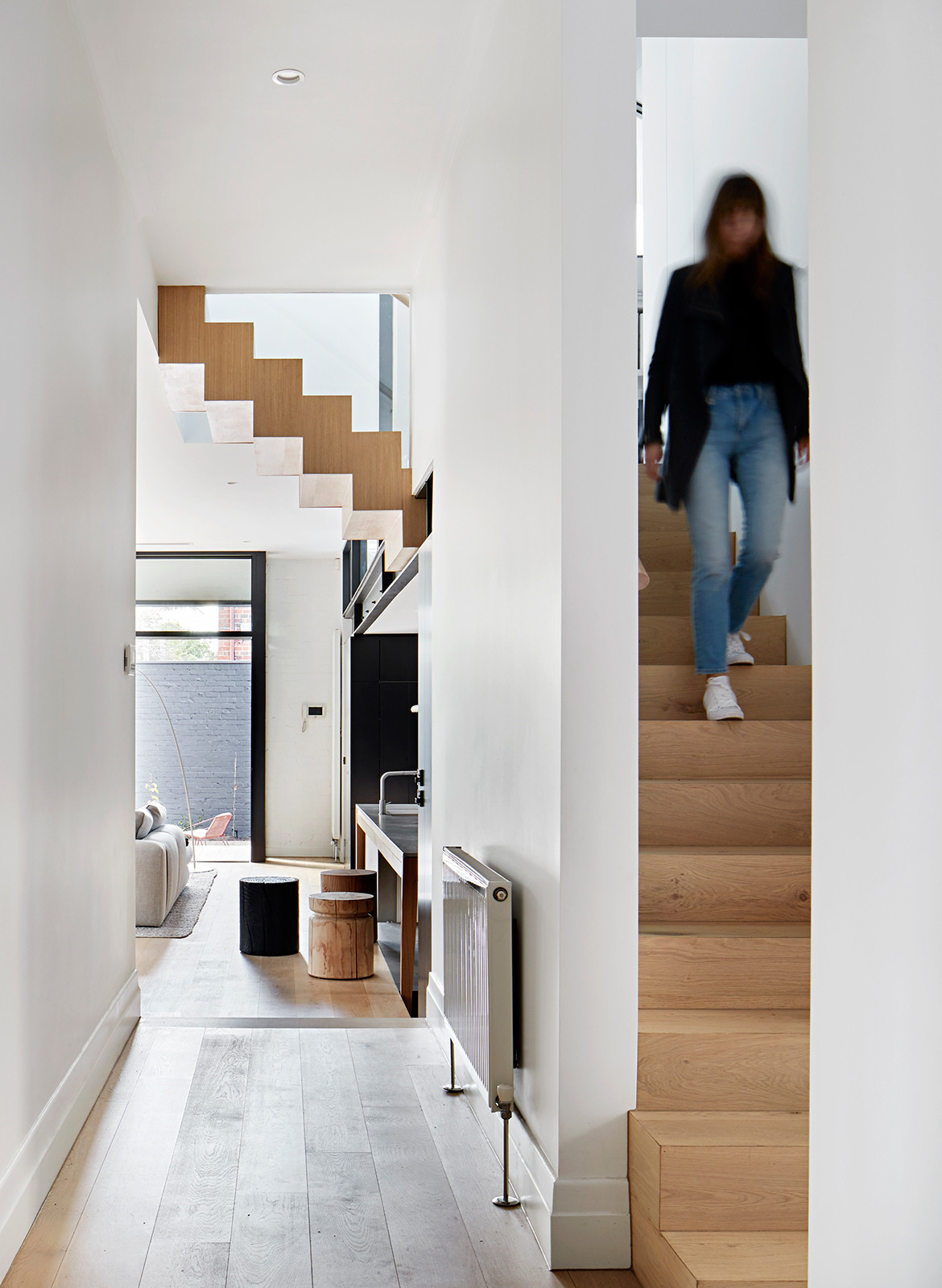 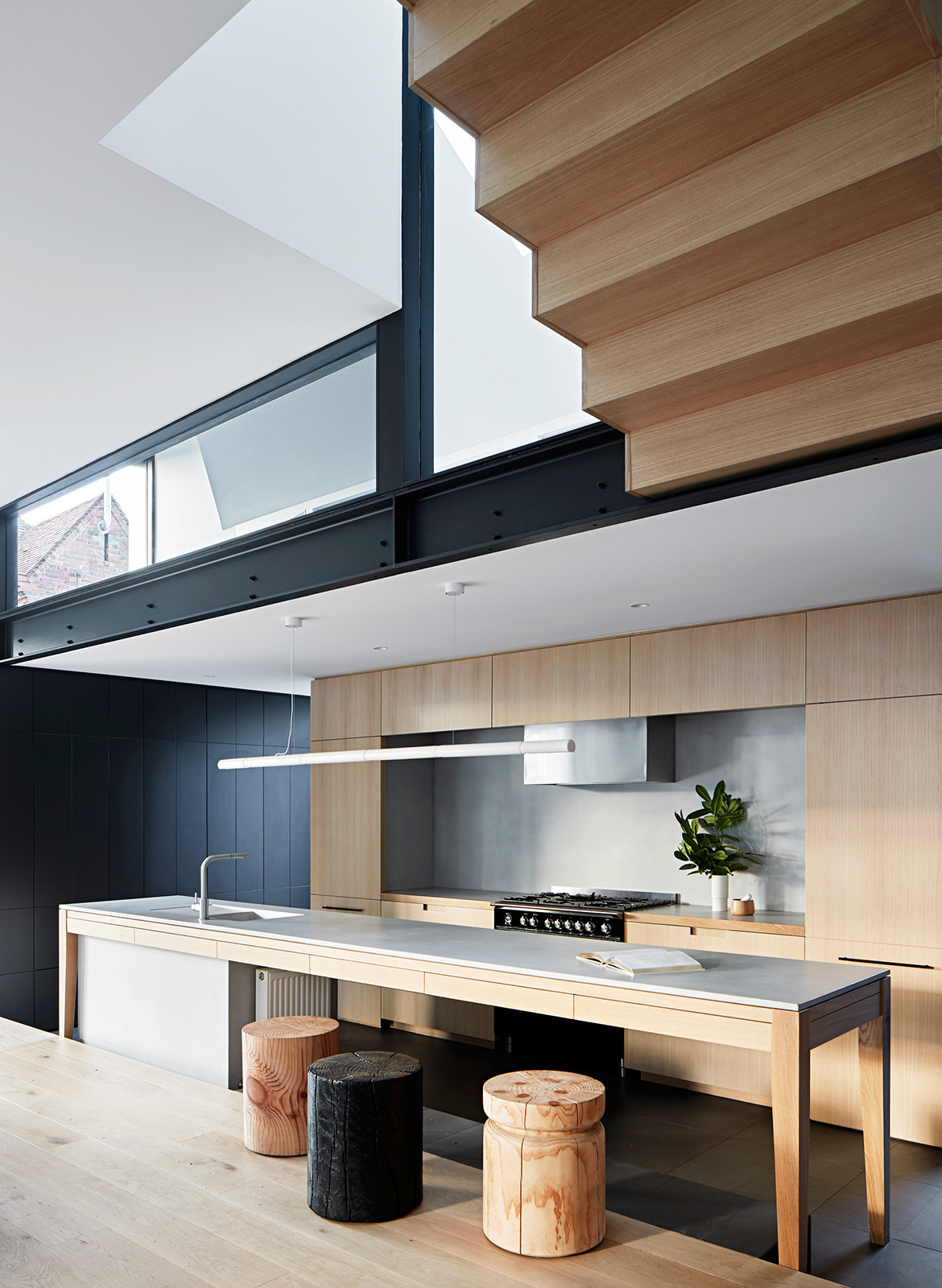 With a large footprint, it seemed as though there was no connectivity between the front and back of the house. As that was the case, the design team reconfigured the existing structure, which not only minimised the impact between the old and new inserts but also allows the new additions to coexist alongside the old building without competing against each other.

“The design intended to balance separation and connectivity alongside privacy and engagement,” says Steven, referencing the original house as inspiration. Although the new additions are monothematic, they sit in contrast to the traditional terracotta tiled roof and red brick exterior of the old structure. 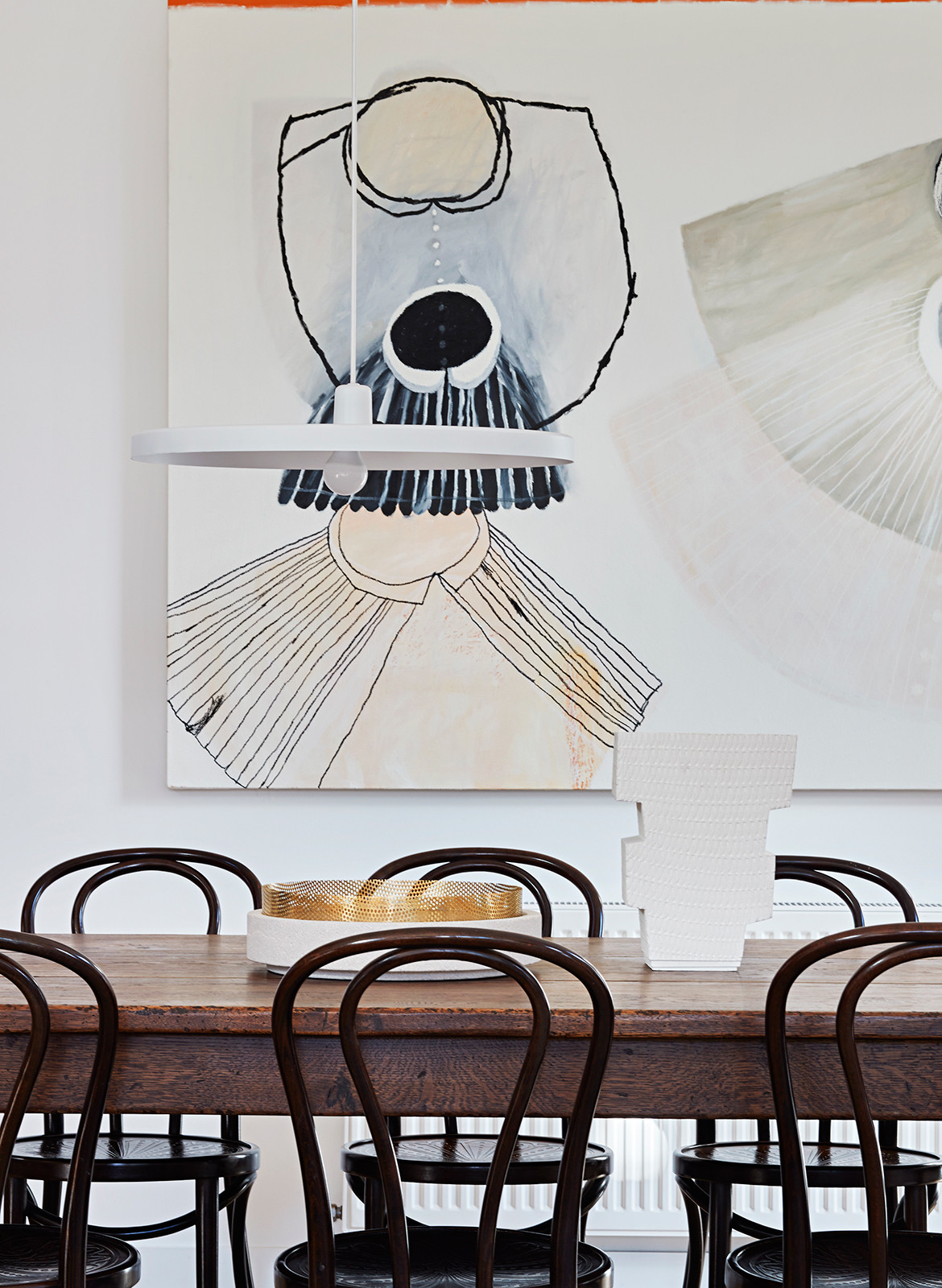 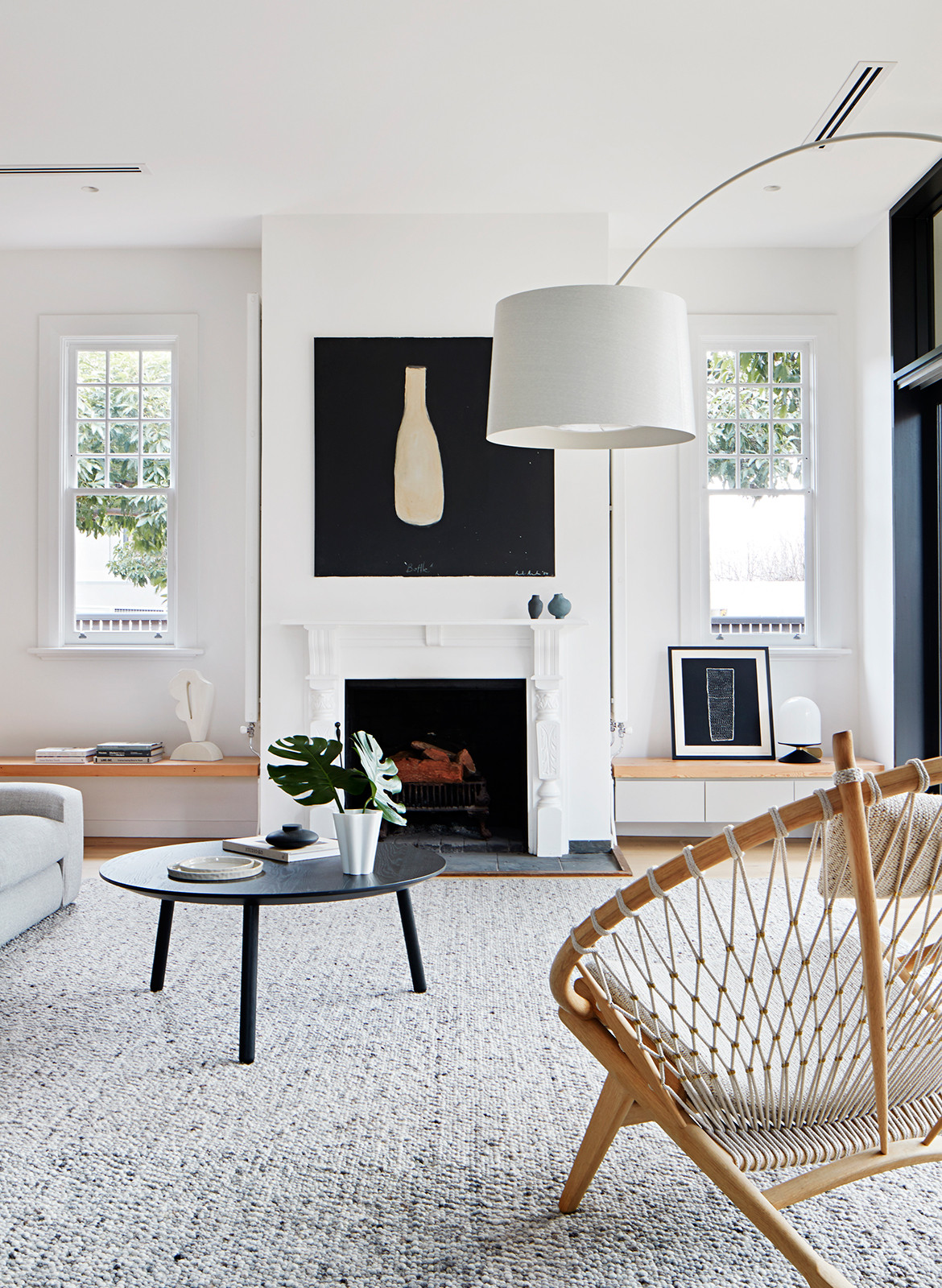 As the architects focused on the family’s needs through the curation of each space, they used various floor levels to demarcate spaces but still link them together. This is specifically seen through the design of the kitchen bench, one that long and situated at the heart of the home so that the family can congregate around it. It is located between the primary cooking area and the main dining and living space. On the living side, it works as a standard height table. But on the kitchen side as the floor plate levels down, it acts as a higher preparation table and bench.

To match this, the kitchen area also has a lower ceiling, which boasts intimacy before opening up to a double ceiling height in the living space. 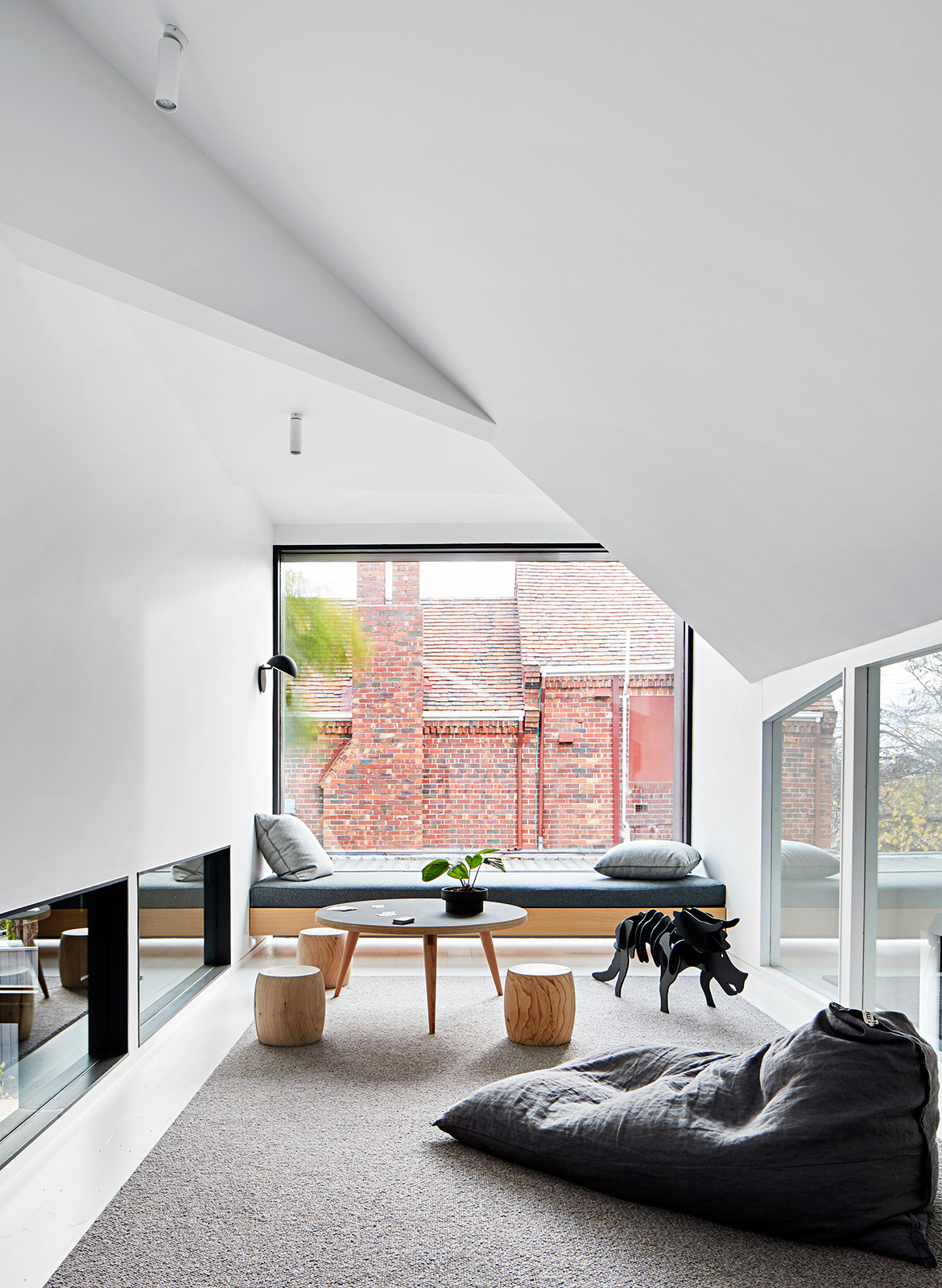 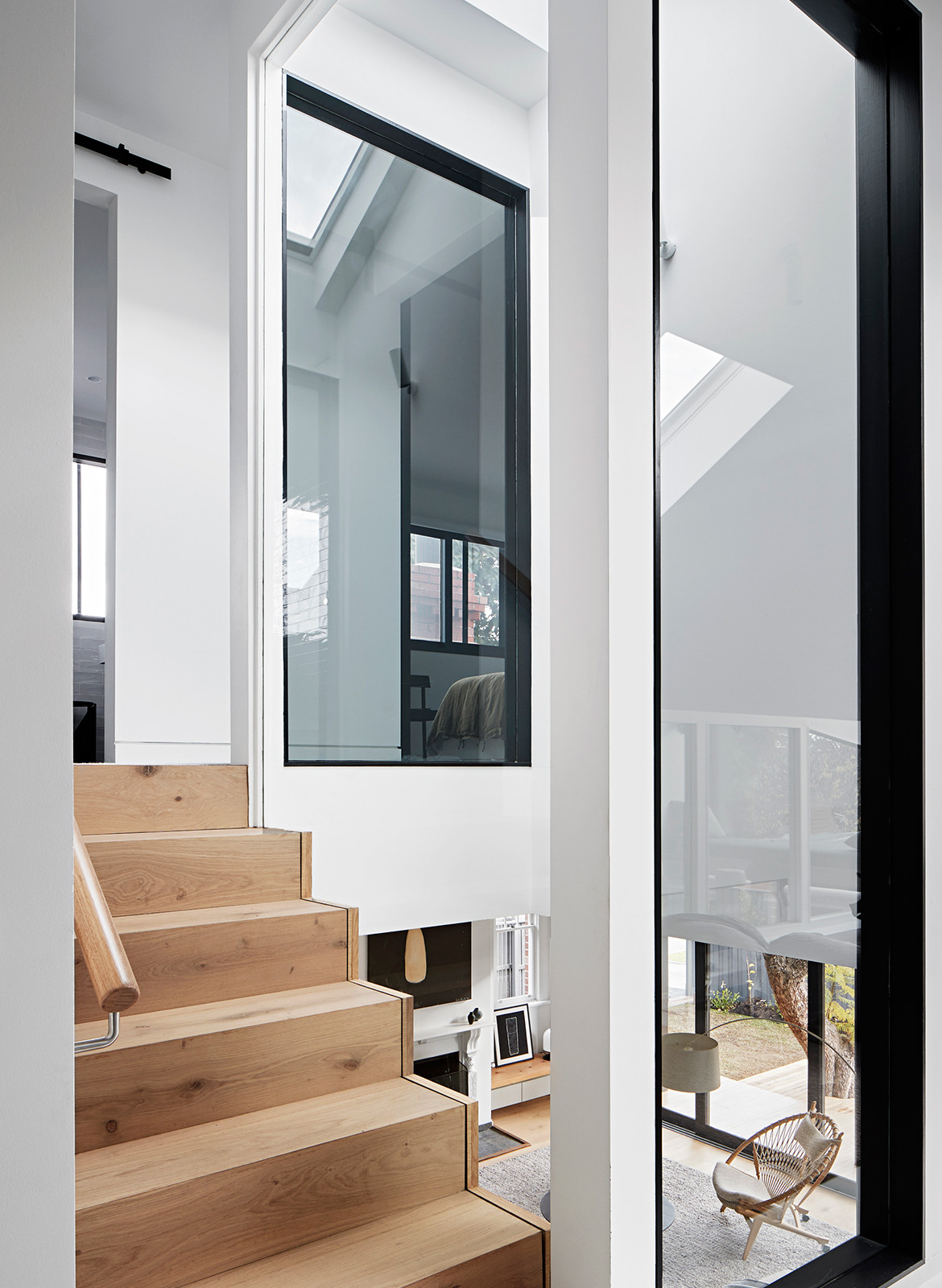 Throughout the house, Whiting Architects had hoped to inspire a process of discovery, “glimpsing interesting elements and obtaining views through unexpected spaces as well as encourage curiosity and desire to explore,” says Simon.

Family connection is at the very centre of design for Connect Six, as it is a result of integrating contemporary design with Australian Heritage to meet the needs of a large but close family. 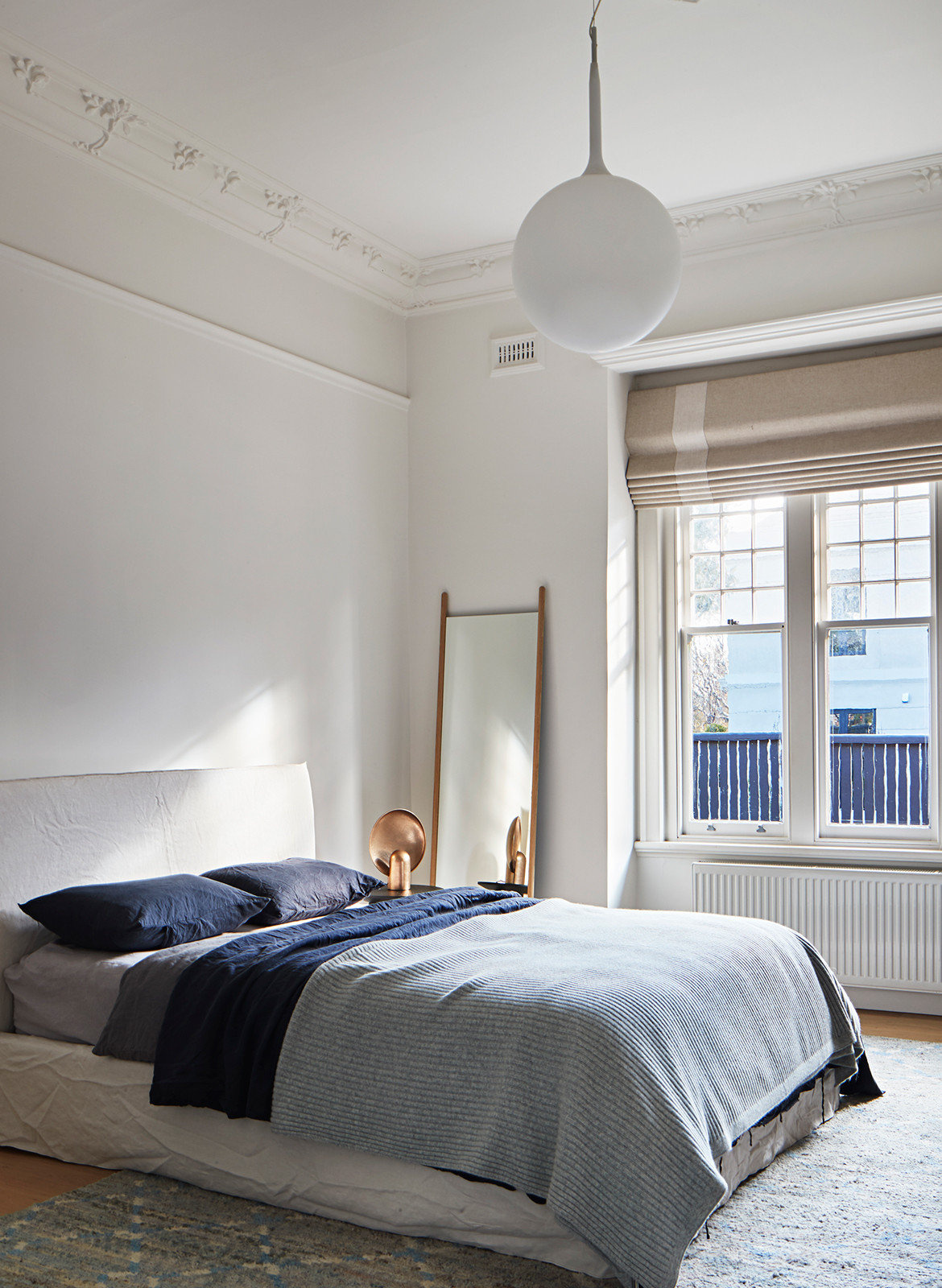 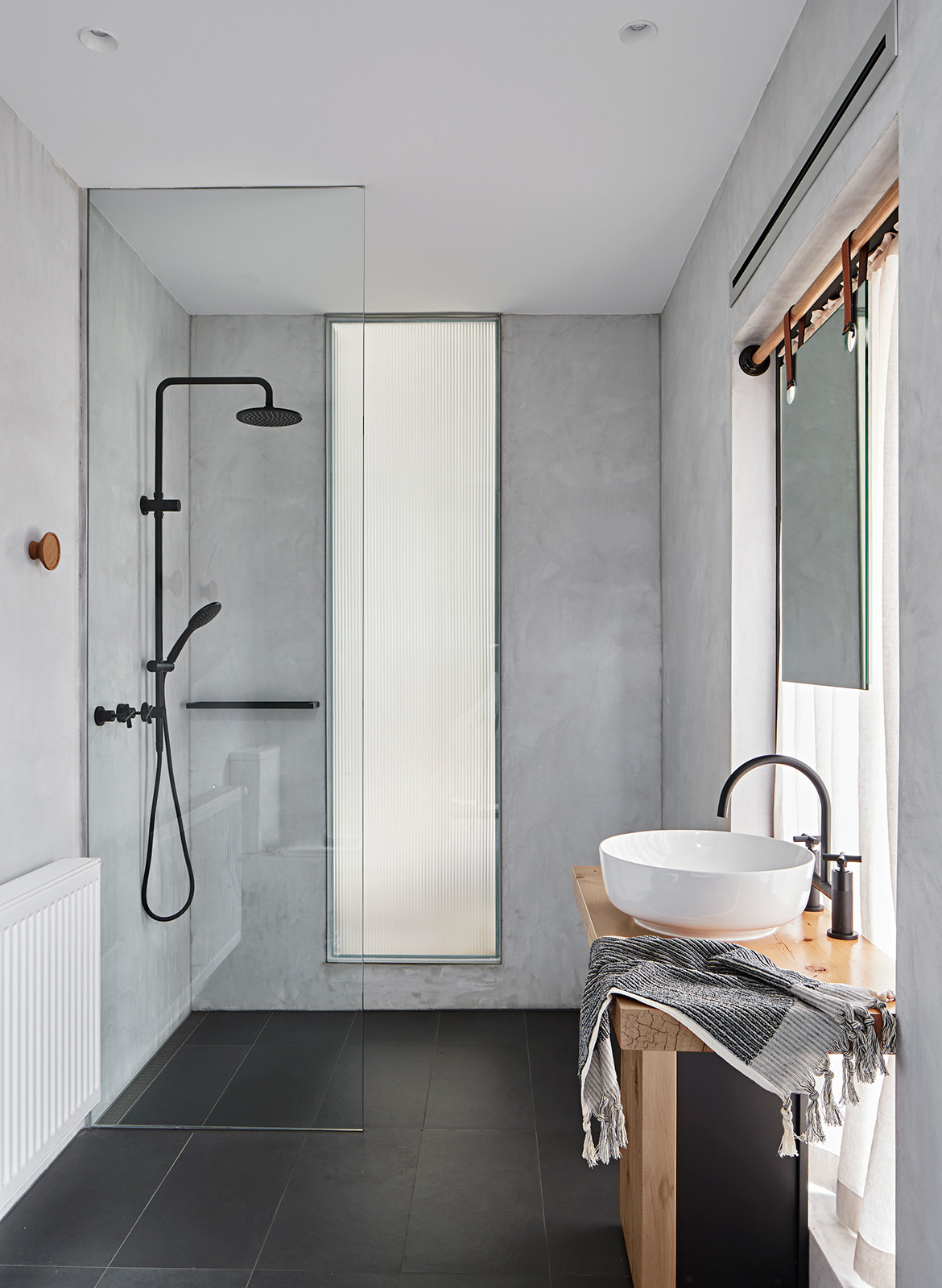 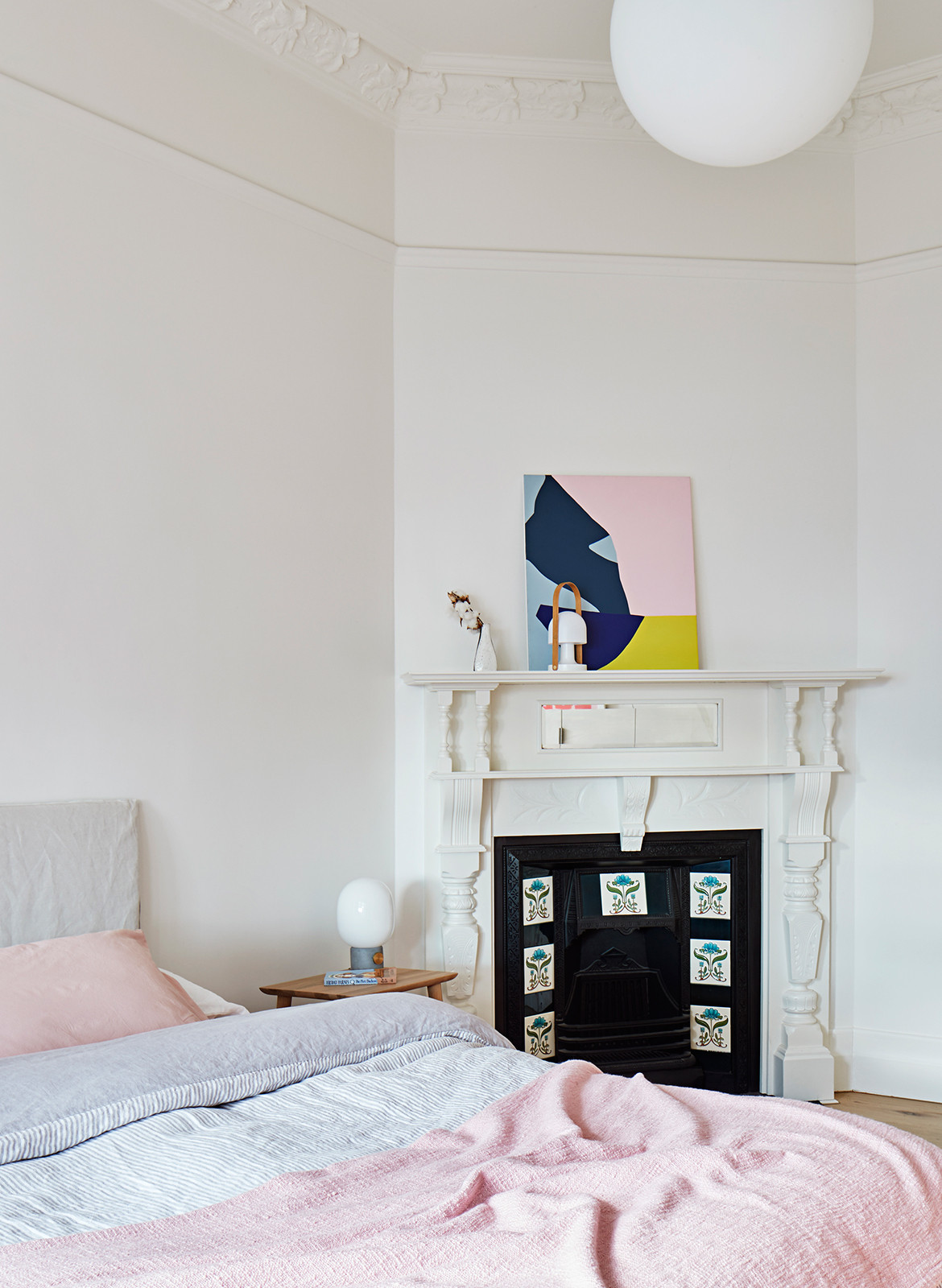 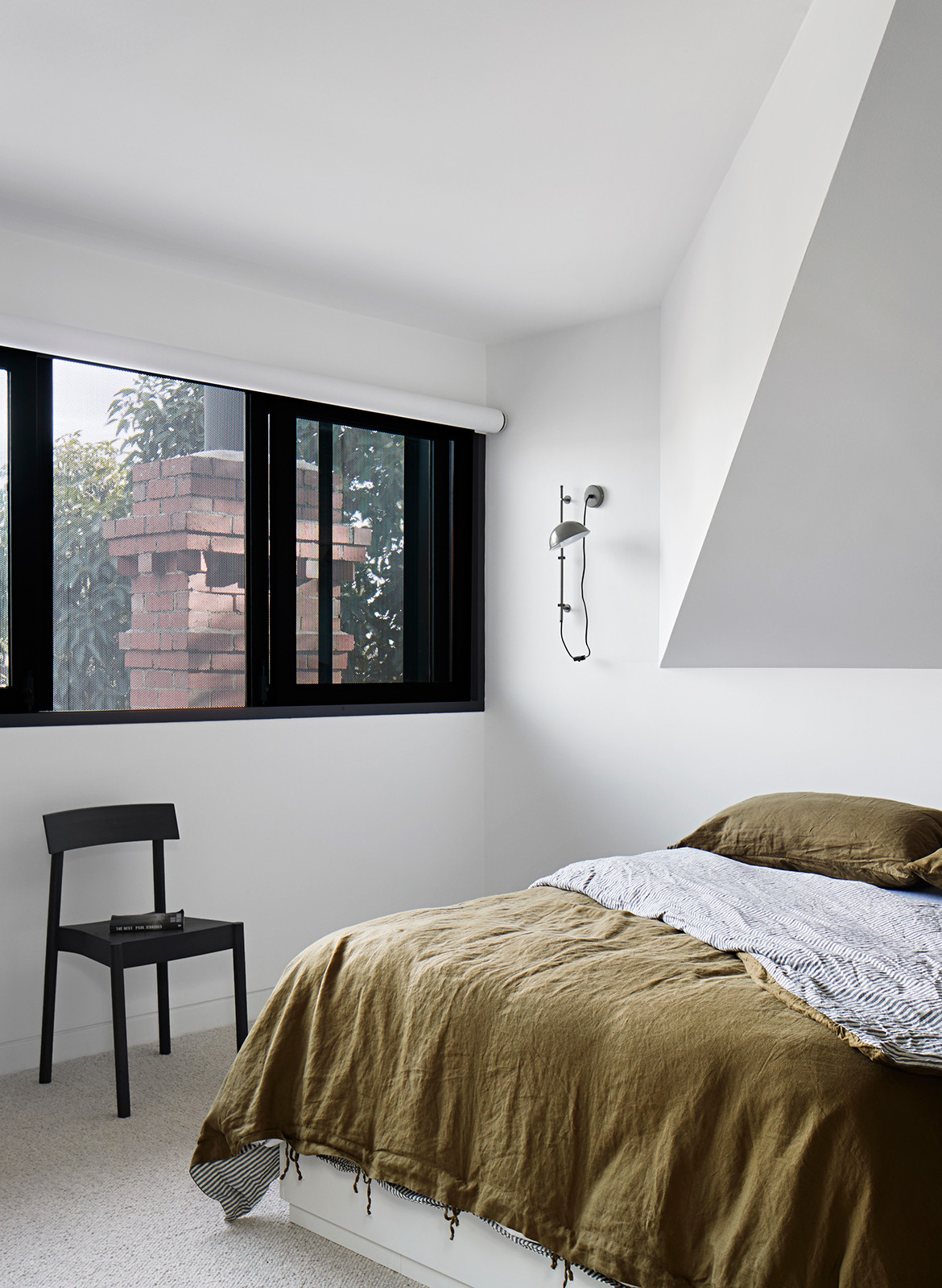 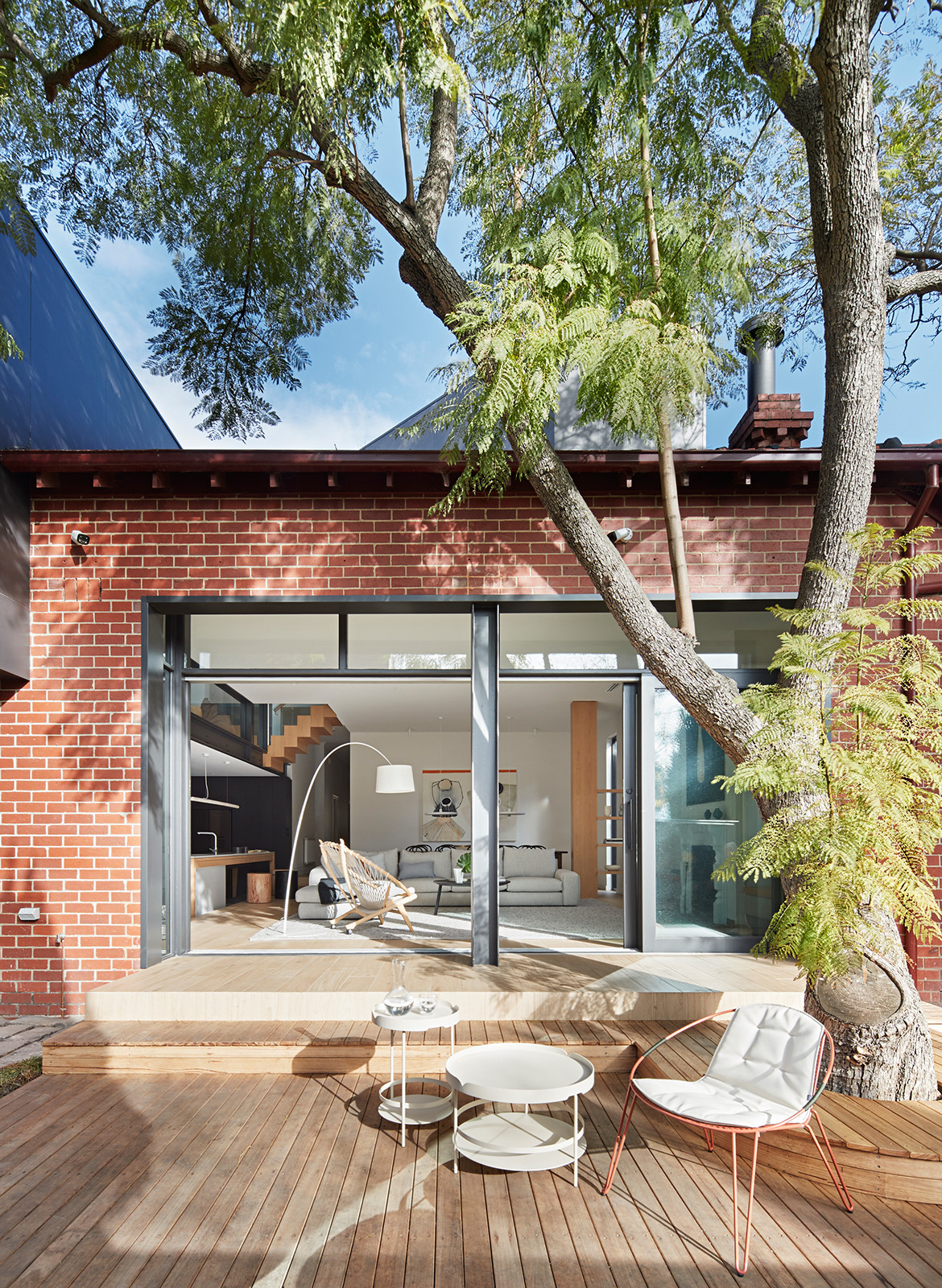 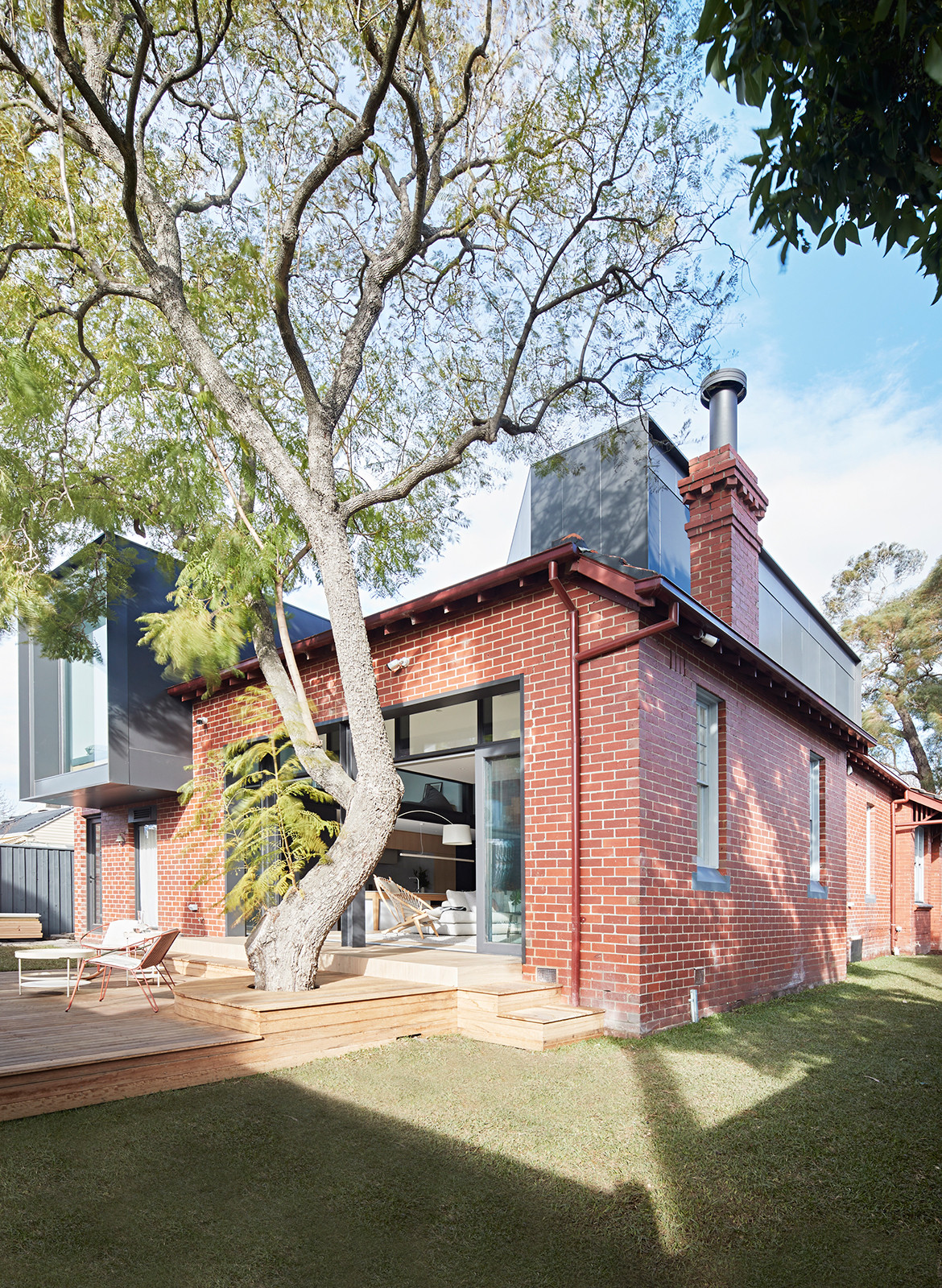 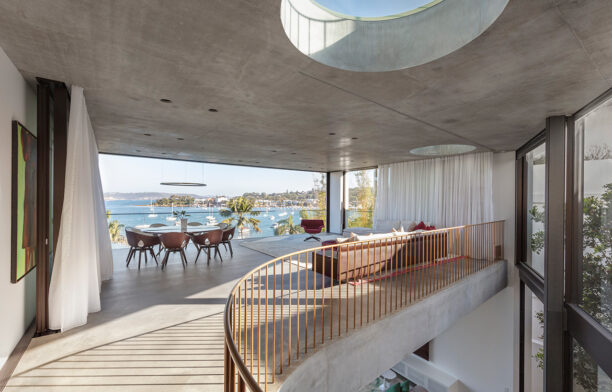 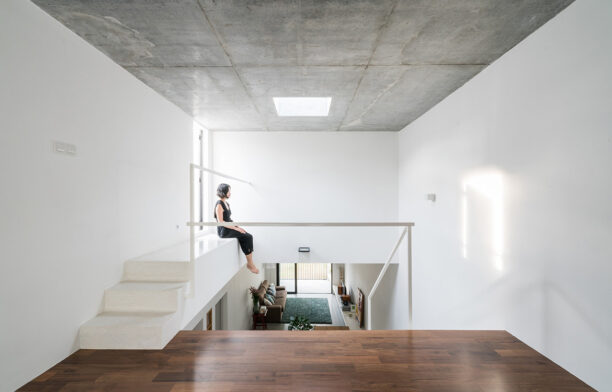 Jose House Is More Of An Intervention Than A Renovation 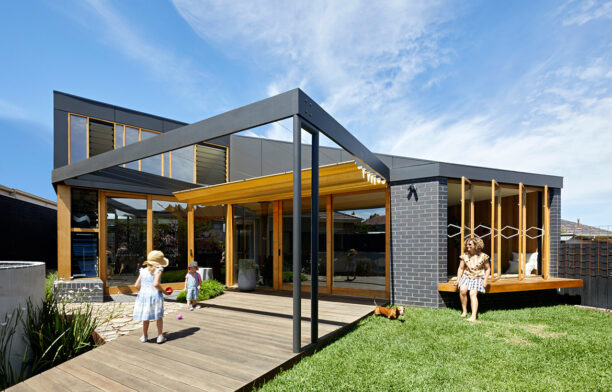 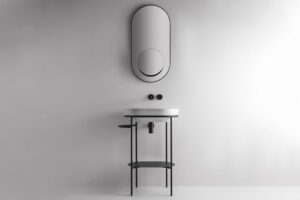