Featured In The Current Of Hab.. 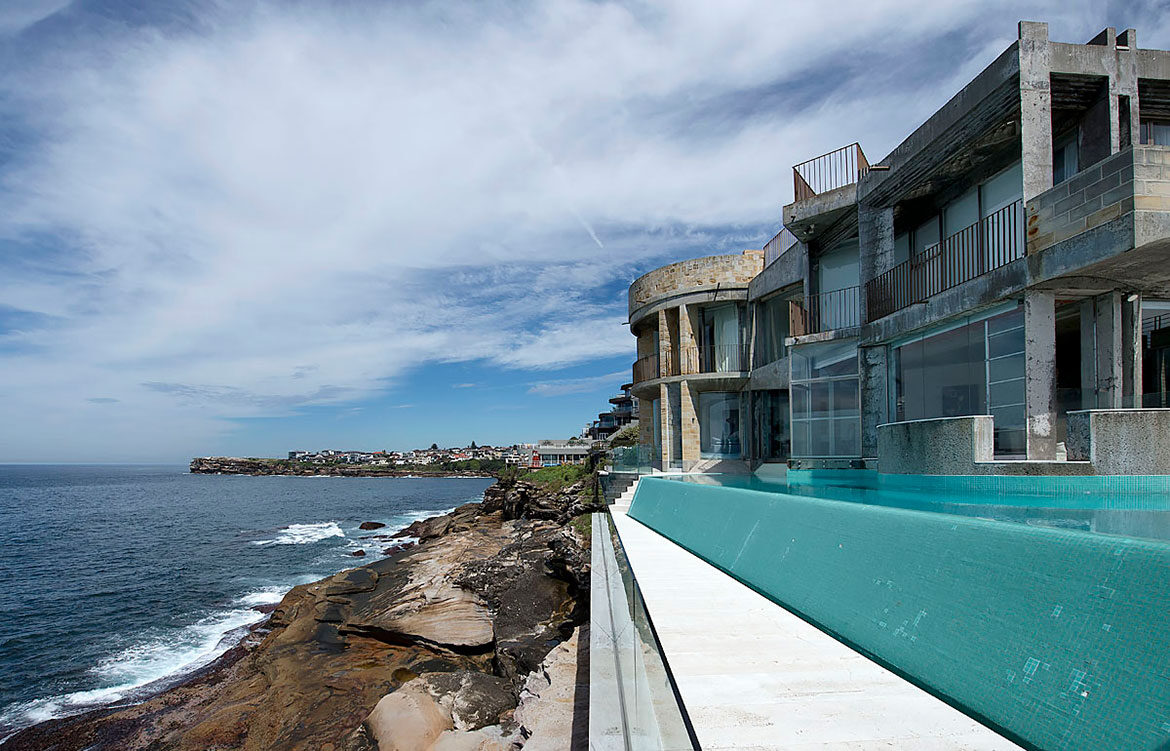 The ancient facade of this castle-esque home in Coogee, Sydney, belies a young family that lives inside. Two children richer since the couple moved in over a decade prior, it was time for the interiors to speak to the next stage of this family’s life.

Where were you living ten years ago? Was it the same place in which you live now? Chances are it wasn’t. As a whole, the western world seems to be cementing ties to this concept of permanent impermanence, which can a beautiful notion. Life is in a constant state of flux; we could relocate anywhere at any moment and that’s an exciting and privileged thought. But take it a step further and because nothing lasts forever, we don’t plan for forever. We’re weary of commitment, not in love but in life.

Maybe we should take a leaf out The Romantics’ book. What happens when you commit to committing? Plan for the future and roll with the punches – sometimes they come, sometimes you get lucky.

Christine and Laurie moved into this fortress-like abode in South Coogee, Sydney, just over ten years ago. With a six-month-old boy in tow the recent parents were working closely with Italian-born, Sydney-trained architect Renato D’Ettorre to create the ideal home on a separate site for their new family. However things took an unexpected turn – as they’re often wont to do – and suddenly this house, which felt immediately like a perfect fit, became their home.

A decade on and two children richer (a boy and a girl) the time came to refresh the interiors. The goal wasn’t to start anew it was to prepare Christine, Laurie and their kids (seven, nine and 11) for the next ten years. “We’ve brought up our kids from babies to now and we’re entering the second phase of how we use the house,” says Christine. There are no rooms in which the kids and their friends aren’t allowed to play, there never have been. “It has never been precious or showcased it’s always been extremely lived in.” From day one it’s been a home in which all inhabitants feel at ease. Memories stand and have been created, just as there are many more to come.

Durability, practicality and longevity were high on the agenda in the brief that Christine and Laurie didn’t technically give to Perth-based interior stylist and close family friend Malvina Stone. “She’s the sort of stylist that knows us so well that [the brief] wouldn’t have been more complicated than durable, strong, comfortable, suitable for a growing family and not precious,” remembers Christine. “Everything needed to be fairly resilient, robust and fun for the children to be in. It just needed to be a family home,” adds Malvina.

The concrete, fort-like façade of the Coogee Castle is architecturally in harmony with the dramatic cliffs and coastline native to the eastern seaboard, yet hints at Renato’s heritage: “You can see the influence of Italian architecture and materials,” says Christine. Teamed with interiors boasting marble, travertine and wooden parquetry, and Malvina could have ended up producing a cold and distant interior.

Instead, she’s used a Nordic colour palette of cool greys, navy blues, light woods (bar a few exceptions recycled from the previous interior scheme), buttery soft leathers and tangible textiles. “The textures have really softened it,” says Christine. The same rugs were used throughout the home to add warmth as well as ensure consistency.

The furniture is a combination of bespoke timber pieces commissioned by Malvina from Perth-based manufacturers – “to me, that can be easier than sourcing ready-made furniture” – and locally found from places like Cult, Space and Anibou. Once of Malvina’s favourite pieces is the Aran armchair designed by Adam Goodrum for Cult, made from reindeer leather in a light tan. Christine, on the other hand, has a fondness for the Living Tower, originally designed by Verner Panton in 1969, a piece she spotted and sourced herself  with a nod of approval from Malvina. For Christine, its appeal lies in the fact that something designed so long ago has remained so relevant. Not to mention the endless hours of fun her kids and their friends get from scaling and lounging in it.

An exercise in restraint, Malvina’s interiors compliment the site, rather than compete with it. “I tried to make it more about the architecture and view and less about the furniture,” she says. “I don’t need to do that because the house speaks for itself. The view speaks for itself.”

This large and lengthy block somehow feels small and intimate. Instead of dividing the space up into Tetris-like rooms, the walls are positioned on angles. These angles create interest as well as closeness and connection. A site that would have the potential to feel overly expansive, empty and disconnected is exactly the opposite.

This isn’t one of those homes that looks beautiful but functions poorly, the interior design speaks specifically to their lifestyle. As such the family are able to capitalise on every inch of the space they’re lucky enough to have.

The public and private living spaces are segregated by storeys. Downstairs you can find multiple living spaces, the kids’ play area, the kitchen and dining rooms. Whereas upstairs is dedicated to the bedrooms, each of which has an enviable view. “With the parallel block we’re able to have five bedrooms along the top. Everyone has a view, it was impossible to really find that anywhere else – it’s fairly unique,” says Christine.

Pool parties are wildly popular with the kids and their friends. Likewise with Christine and Laurie who, behind a glass wall, can keep a supervisory eye on proceedings allthewhile leaving the kids to enjoy a sense of independence.

On the other side of the house, beneath a pre-existing, cave-like sandstone wall and floor – “thousands of years old I imagine” – the ground has now been overlaid with timber decking so that the kids can play basketball, kick a soccer ball or scoot around amongst each other. “You could come out before but it was uneven,” says Christine. “As the kids have grown up [they have] craved somewhere they can bounce a ball and have a flat surface.”

Near enough to everything yet far enough away, with it’s dramatic views, rugged exterior and contrastingly warm, welcoming interior, this family really have found their happily ever after home.

An Update and Extension by Foomann Architects