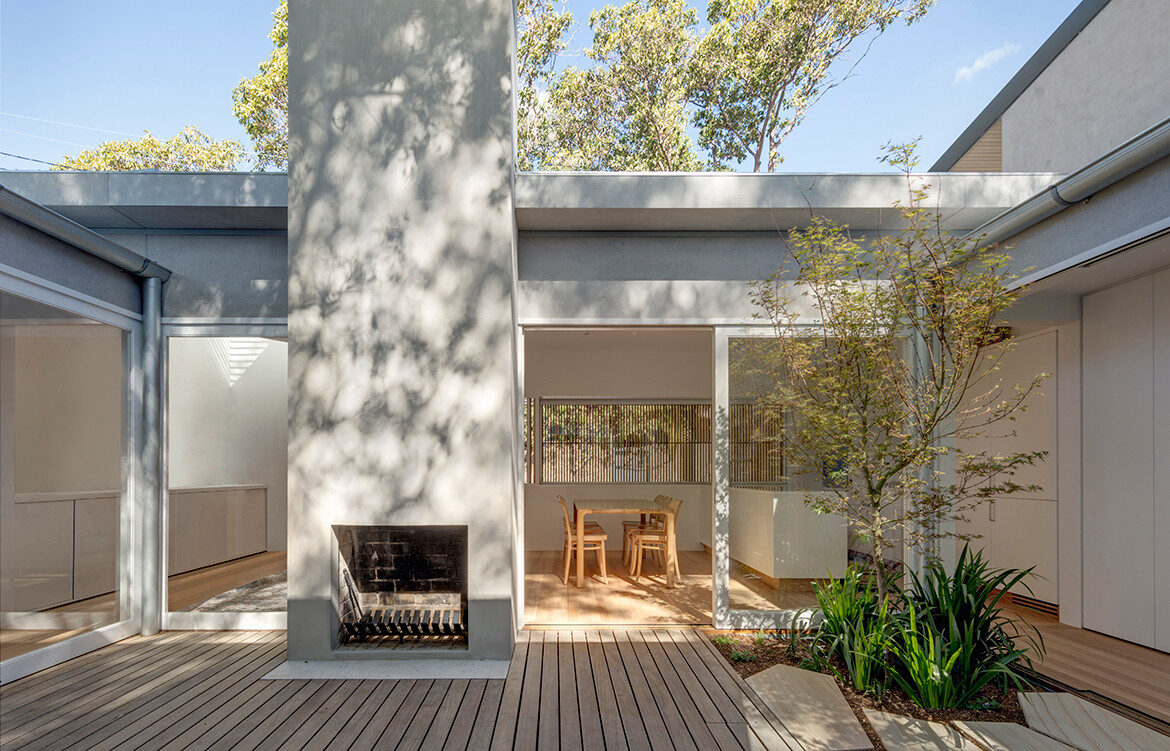 A house in the middle of the city usually prioritises privacy. But this ‘bolt hole’ house by PanovScott embraces urban living.

“Our client first introduced the project to us as a bolt hole in the city for his mum,” said Anita Panov and Andrew Scott of PanovScott, of their recently completed Bolt Hole House in Sydney.

During the course of the job, PanovScott grew unexpectedly fond of the term, ‘bolt hole’. “It’s a relatively recent term, from the 1850s,” note Anita and Andrew, “originating in Britain and meaning a place of escape or refuge.” Hence, the overarching theme of Bolt Hole House is to provide a residence that allows the inhabitant to enjoy cosmopolitan life, while simultaneously providing respite from the city and a level of anonymity within.

The first brief given to Panov Scott was a simple interior renovation that extended to the garden. During a site visit in the early stages of the process, the whole team (architect and client) stood in the space silently and pensively to absorb it – and absorb what needed to be done. It was then that Anita and Andrew realised that perhaps more than a minor revamp would be required. The idea arrived to radically change the character of the house without moving too far afield from the initial brief. “Our client, to his credit, saw immediately the potential value of that change,” says Andrew.

The most distinctive architectural elements within Bolt Hole House are not necessarily those that answered the brief, but rather the way the residence interacts with its locality and its neighbours, along with the expression of materials, and the way the house reflects the client’s personality. “Most distinctly though is the relation to the lane: the interaction enabled between the interior spaces and the immediately adjacent public space via the large window,” says Andrew.

The public (living) and private (bedroom and bathroom) spaces were either side of the house and swapped during the renovation. The living space is now at the front of the house as you enter from the lane, marked by a large window and timber-batten sliding screen allowing different levels of engagement with the lane, light and air flow. The bedrooms are at the rear enjoying privacy and noise protection.

“The other key strategic move was to externalise the centre of the dwelling,” says Andrew. “This hollowed core enables the inhabitants to live outside as they would inside, capitalising on the enviable temporal climate we enjoy in Sydney.”

Bolt Hole House also champions the use of skylights – and not only because that’s in line with the solar passive principles to which the residence was designed. Each room bears a unique skylight: a horizontal triangle can be found in the corner of the living room; intimate rectangles in the bedroom; and the shower features a concealed glass frame roof.

It is truly unique, and a highly theatrical, utilisation of architecture and design.