A Clean And Elegant Canvas To ..

Satelight – The Language Of Li.. 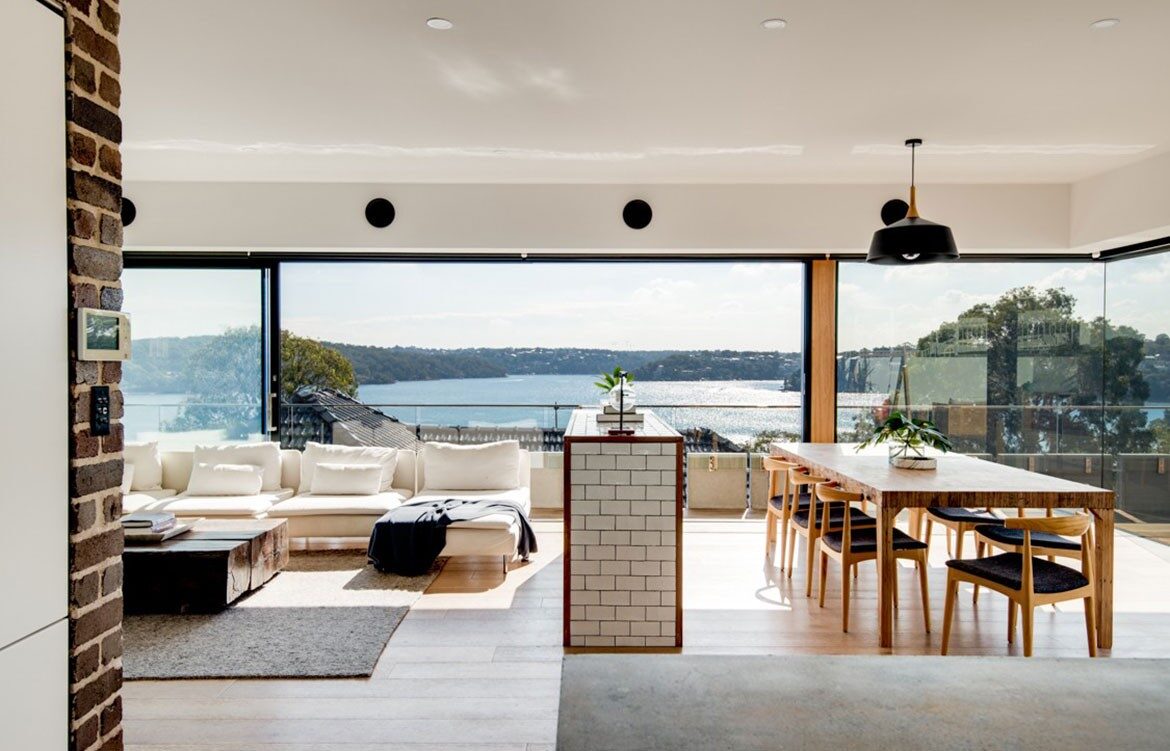 The founder of residential construction company Futureflip spent 14 years finessing the design of his home. The result is a structure that defies expectations.

As they say, practice makes perfect. The resident of the Swan House knows this too well, spending 14 years carefully developing and dissecting the design of his idealistic home near Cronulla just south of Sydney.

Admittedly, he was in prime position to learn the tricks and changes in the home trade. At 14 he started his apprenticeship in construction and by age 19 he founded his own company, Futureflip, designing and building luxury new homes. And so, it is no wonder that he spent so many years studying and fine tuning his own plans, learning what works and what truly suits his own lifestyle.

In 2014 the resident bought the plot of land that would eventually become his future family home in the suburb of Lilli Pilli. Despite the onerous nature of the site – cutting away into a dramatic cliff face – the panoramic views over the Port Macquarie River and the Royal National Park made the choice an easy one.

The Swan house submerges into the earth with three storeys and a basement with a garage that is large enough to fit a full-sized truck. Underground storeys in a residential setting are usually condemned as dark and cold spaces. Yet, the clever layout of the house allows for ample natural light to infiltrate every level, including the basement. Thus, the house is able to maintain a modest presence despite the very generous floor plan.

The Swan House is designed in reverence to the rock that it sits on, as a surreptitious structure that will exist proudly far into the future. Due to the site’s close proximity to the river, the materials used would have to be able to withstand high levels of salt and wind. In response, concrete and Blackbutt timber cladding dominate the exterior, while emphasising the exposed and undressed feel that is carried within the home.

The reliance on stealthy materials allowed for the house to be easy to maintain. There is virtually no need whatsoever to use either heating or cooling. The southern side of the house, being cut into the rock, allows for southerly winds to sweep across and throughout the building. While the benefits of the rock-hugging site extend also, with the lower floors stretching eight metres underground, this allows for the earth to maintain the interior temperatures. While light and warmth is invited in via the north face where large double-glazed glass, filtering sunlight into the depths of every single storey.

With the heavy use of raw materials, the preparation for the build was critical. Angles needed to be exact and measurements to the Nth degree, as there was no cover up to hide any sin in the calculations. Yet, the end result is a home that is as bold as it is modest; one that is not afraid of the difficult site and one that defies expectations of underground spaces. And after 14 long years of finessing, the resident can comfortably say that the final structure is no brash build, and rather the best that it could be.

Painting With Light And Form Rather Than Colour

Clever Design To Reconnect The Community

Cirqua Apartments Stand For A New Type Of Multi-Residential Living