What we love most: The home’s unashamed engagement with this breathtaking New Zealand Landscape

Parihoa is a 200-hectare cattle and sheep station, 40 minutes drive from Auckland near Muriwai Beach. The grass-cloaked plateau falls gradually toward the coast, before it plummets down a steep rocky escarpment to the ocean.

Within a small valley, and as close to the cliff as he dared, is this courtyard house by architect Andrew Patterson. New Zealand farmhouses are generally small timber dwellings with an assortment of lean-tos and sheds set away from the wind and close to the road. This new farmhouse by comparison looks headfirst into the wind and opens to the vastness of sea and sky. On the morning I visited the sea fog had just lifted to reveal the house, ocean and a herd of grazing cattle. Patterson describes it as “a sanctuary that defends itself from the weather”.

Apart from the driveway, the surrounding land is unaltered. Grass grows right up to the house, and cattle literally rub up against the weatherboards. The owners love this aspect of the design, and the directness it offers them to the operations of the farm. Their office is located at the northeastern corner of the house, facing the drive and with views over the station. “It’s the curtilage area that surrounds a house which often gives human habitation away more than architecture,” notes Patterson. “Rather than mitigating the effect of the house, it actually domesticates the landscape. This landscape remains wild and untamed like it was. If we had gardens around, it would immediately compromise the character of the site.” On approach, entry is merely hinted at by a shadowy recess. A wall panel pivots to reveal a subtly expanding corridor, leading past an internal courtyard down toward the ocean view. Rather than the outside coming in – as with much contemporary architecture – it feels more like a lookout, space opening up beyond the glass as the horizon beckons.

Two timber-clad sleeping wings anchor the formal arrangement. These are the most private and secure areas of the house and as with the castle keep, appear impenetrable. Secret doors push open to reveal snug dens, and while the living and circulation spaces are adjacent, the bedrooms feel quite removed. The public spaces – living and billiard rooms – pivot around an internal pool. Its iridescent blue against the dark timber creates a surreal oasis in the centre of the house. In summer, the courtyard is the main circulation route, and large pivoting panels open onto the driveway to create another entry. “We’ve used a simple strategy of formal juxtapositions such as converging and expanding walls to create varied spatial experiences throughout,” describes Patterson. “The home is arranged as a series of linked spaces, with forms and shapes seemingly arbitrarily positioned with secret doors for discovery. This is a deliberate strategy to suggest a sense of history.” 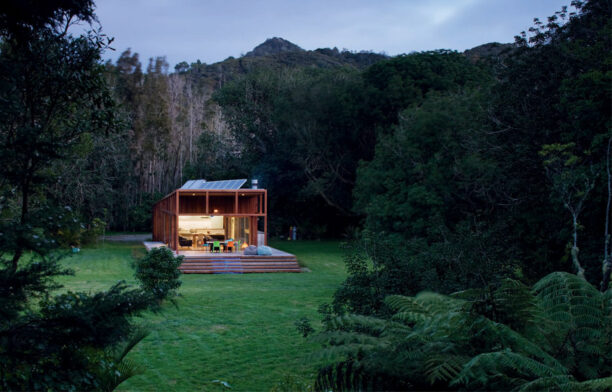 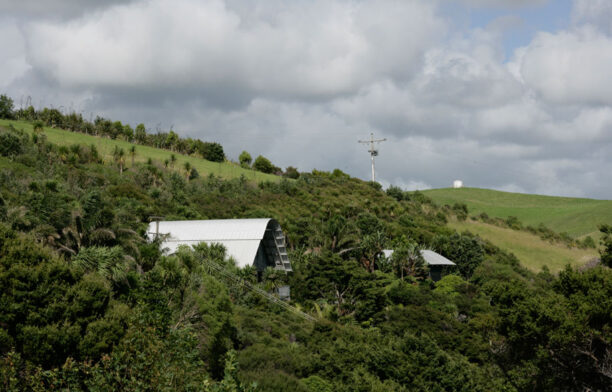 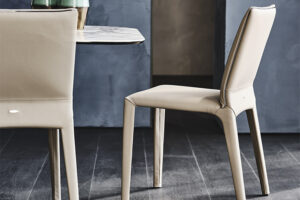 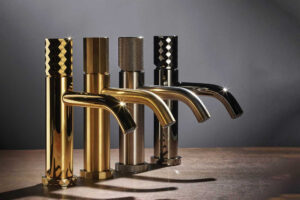