Blurring the boundaries in tim..

Sandcastle rises from the sloping shores of Sydney Harbour

Sandcastle rises from the sloping shores of Sydney Harbour 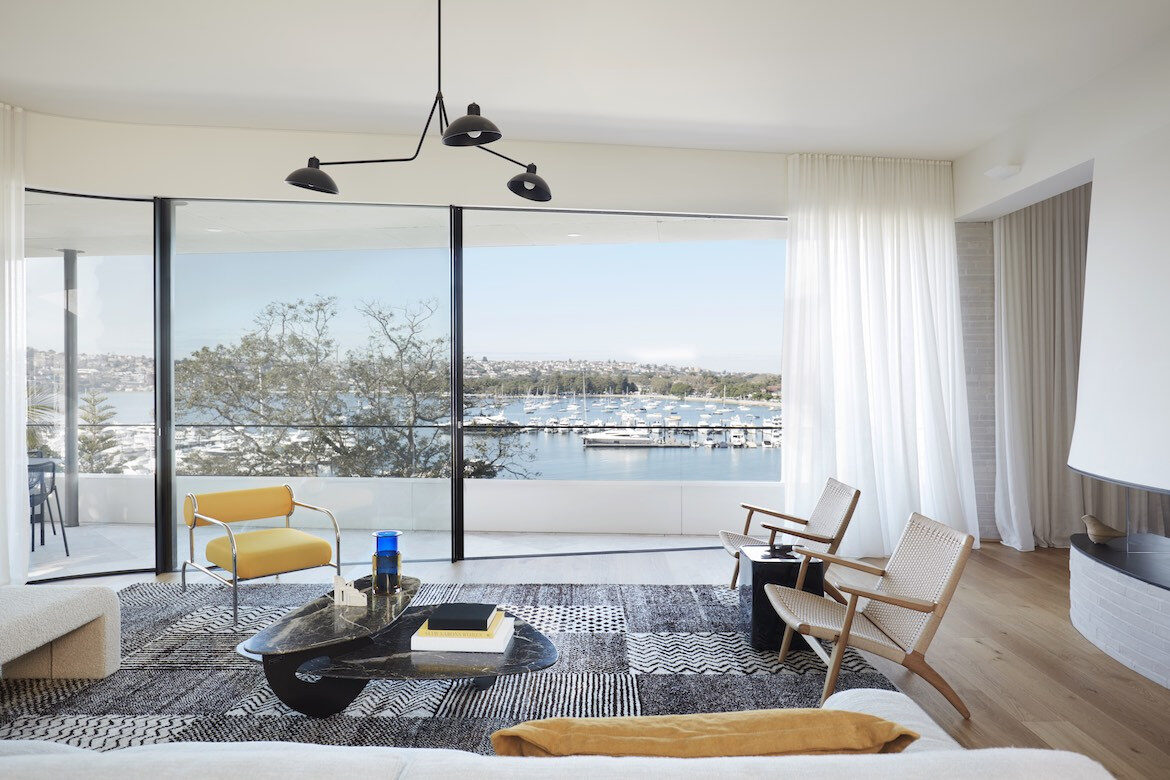 Rising from a hill in the coveted suburb of Point Piper, Sandcastle is a luxury home prioritising heavenly harbour views and a sumptuous selection of furniture.

Tucked away in the leafy and sought-after Sydney suburb of Point Piper, Sandcastle is a luxury home that makes the most of its sloping site and stellar harbour views.

Built on a bed of sand on a block that slopes forty-five degrees, it took considerable engineering to overcome the fluidity of the foundation. 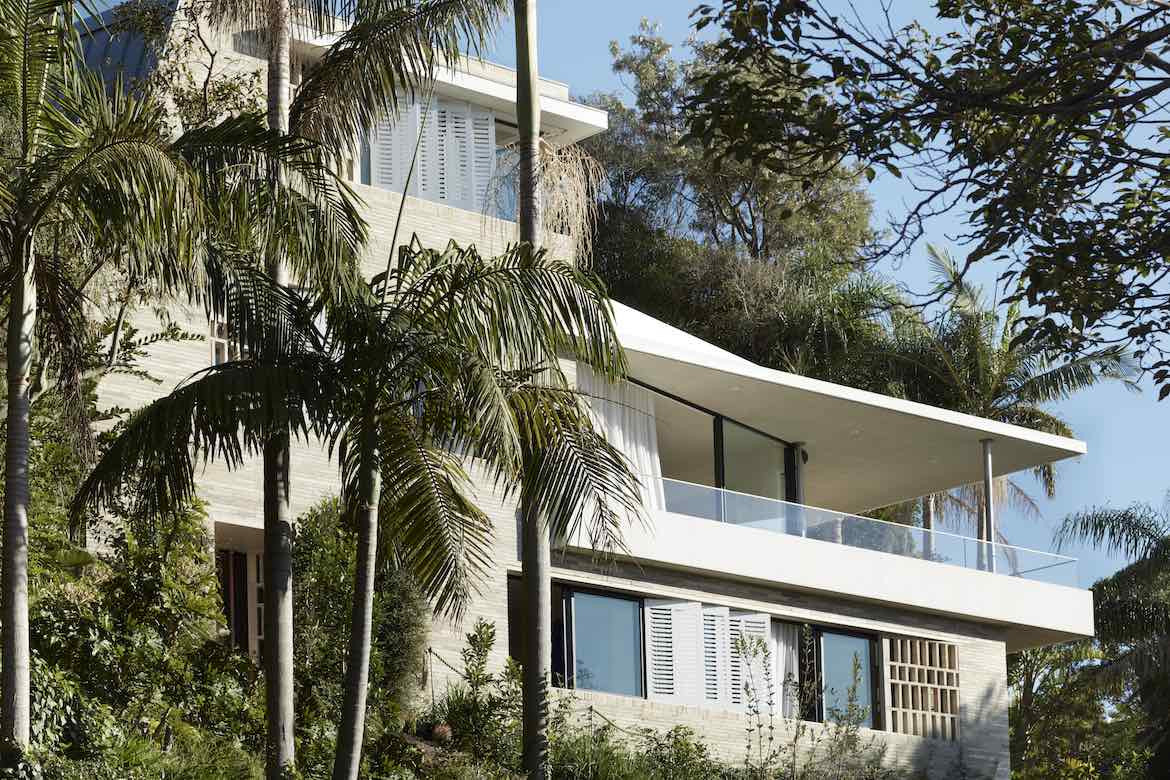 Rather than using retaining walls, Luigi Rosselli Architects opted instead to use horizontal layers of geofabric to wrap the ground layer by layer – a method generally used to stabilise sand dunes.

The sand that was excavated from the site was then used to landscape the terrain and was covered with native grasses and plants once construction was completed. 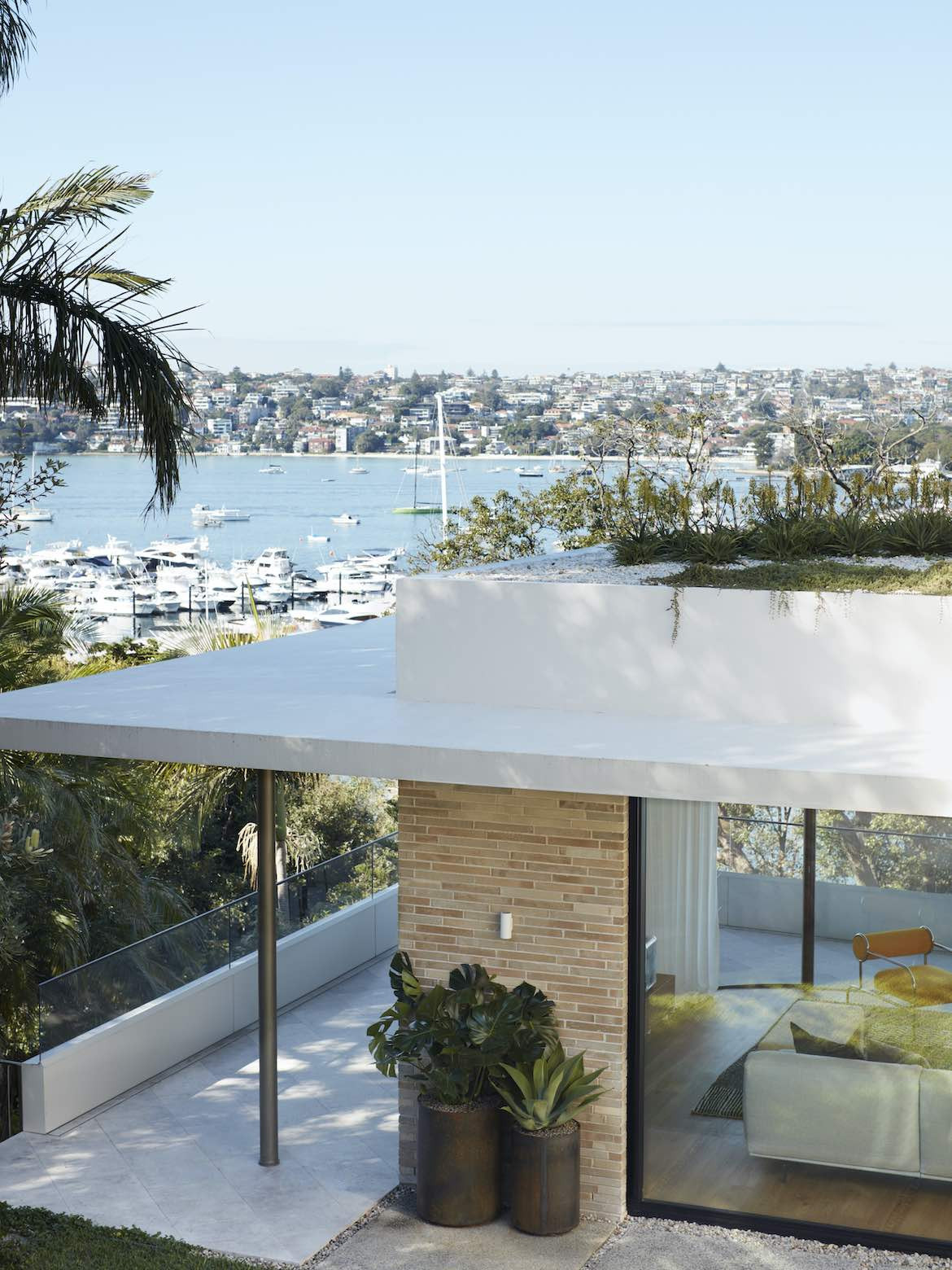 Named for the sand it was built on, its towering stature above the street below and its sandy-coloured, slim handmade masonry, Sandcastle is a truly coastal home. The bricks also make up perforated sections of the wall, providing screening from the sun without minimising the building’s structural integrity.

The interior of the three-storey home, designed by Alwill Interiors, prioritises open plan, light breezy spaces and is completed with meticulously chosen furniture.

The communal areas see a kitchen, living and dining room open through large sliding glass doors onto a balcony overlooking the harbour. 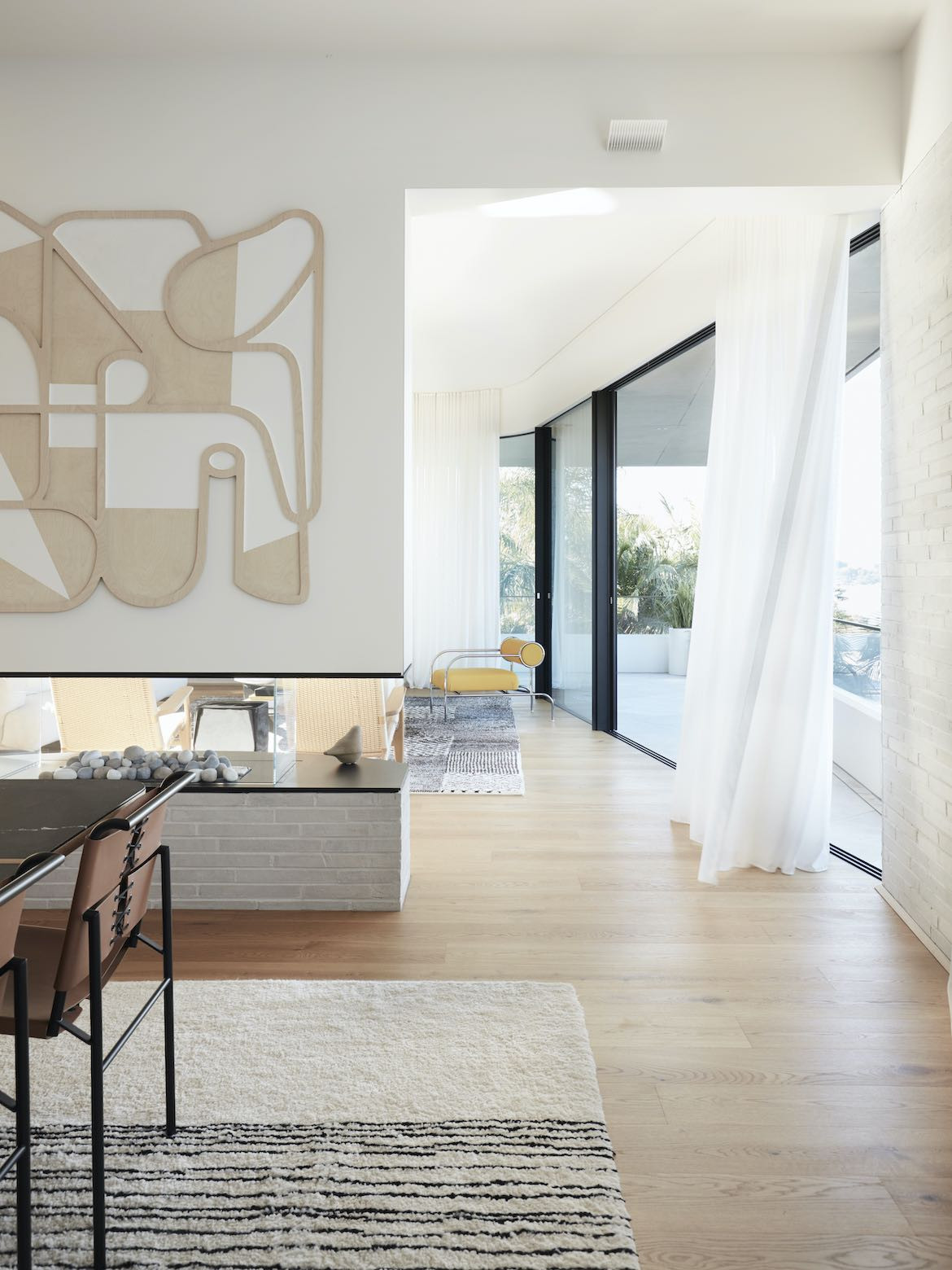 Aarhus Chairs are paired with a yellow-upholstered tubular metal Cappellini armchair and a black marbled Tama coffee table by Walter Knoll, which is privy to the harbour breeze.

The living and dining areas are delineated by a central fireplace – providing simultaneous connection and separation between the spaces. In another corner of a living area, an Eames chair considers the view of boats bobbing on the harbour outside.

Bespoke cabinetry and finishes provide the ultimate luxury. An in-built desk upstairs protrudes from pale wooden shelving and is accompanied by a Night owl table lamp by Fritz Hansen and another tubular chrome chair. 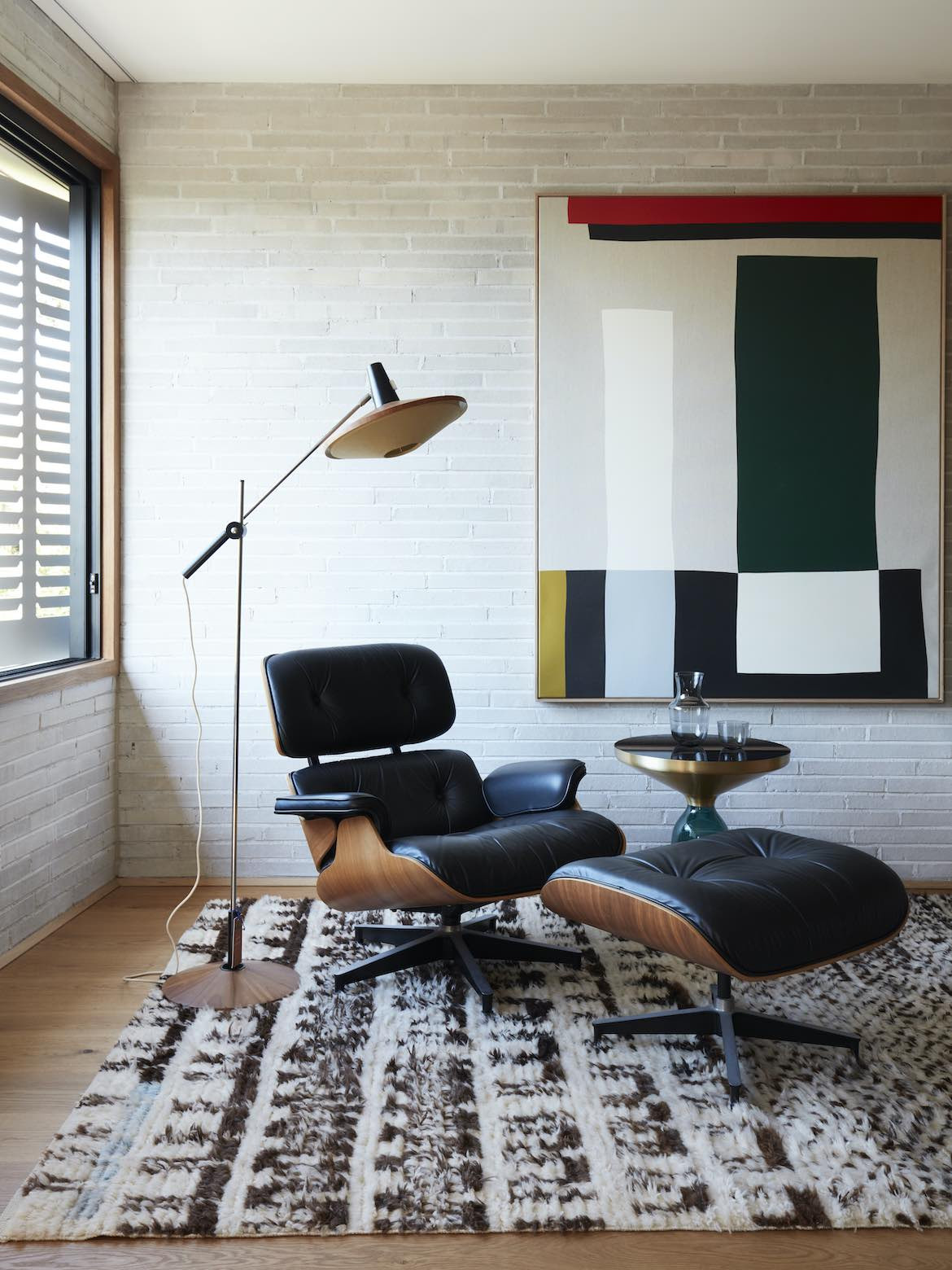 Throughout the house, statement art brings energy and colour. Above a charcoal lounge hangs a monochromatic bright blue work by Stephen Normandy and near the dining table is a work by Paul Davies.

Sandcastle is a home that prioritises perfect detailing, flawless design and above all, its world-class views. 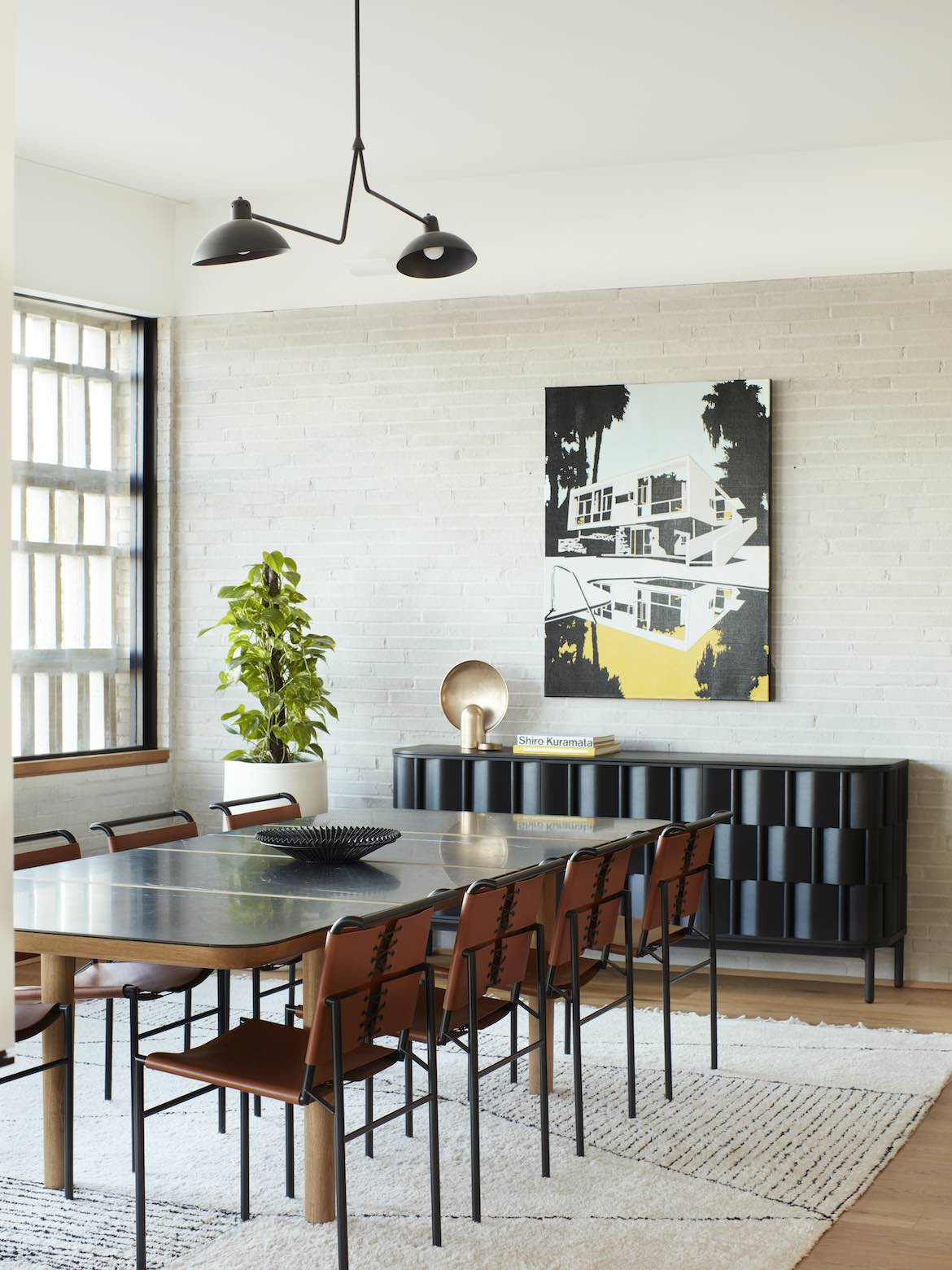 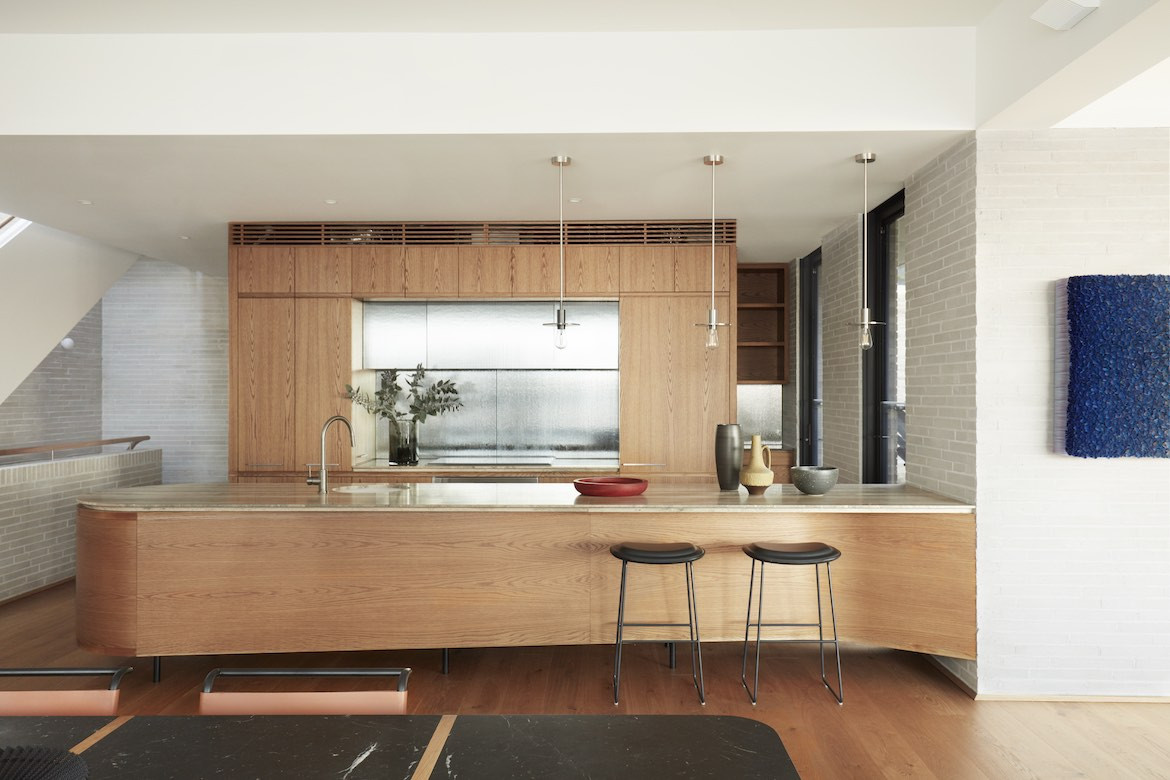 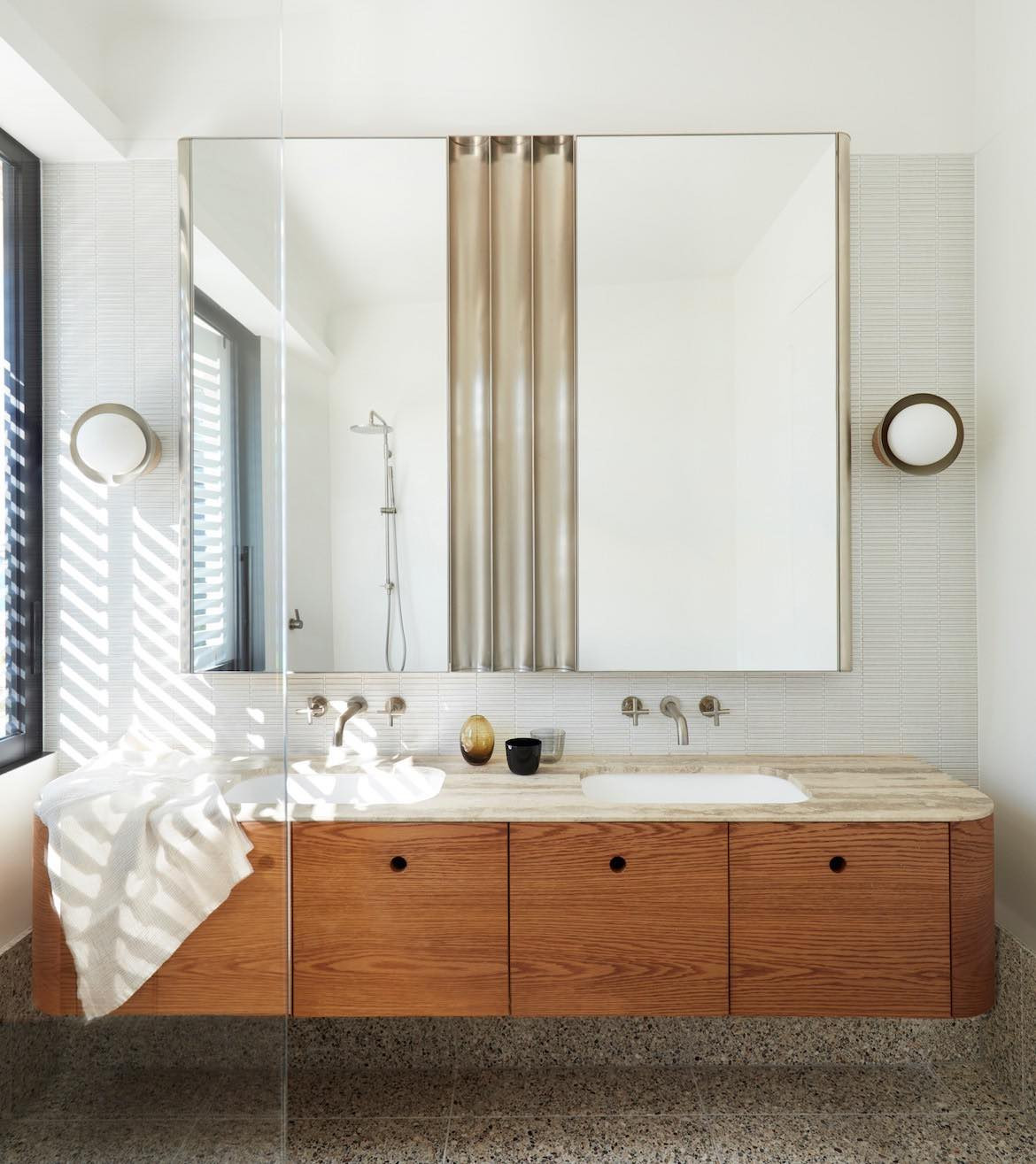 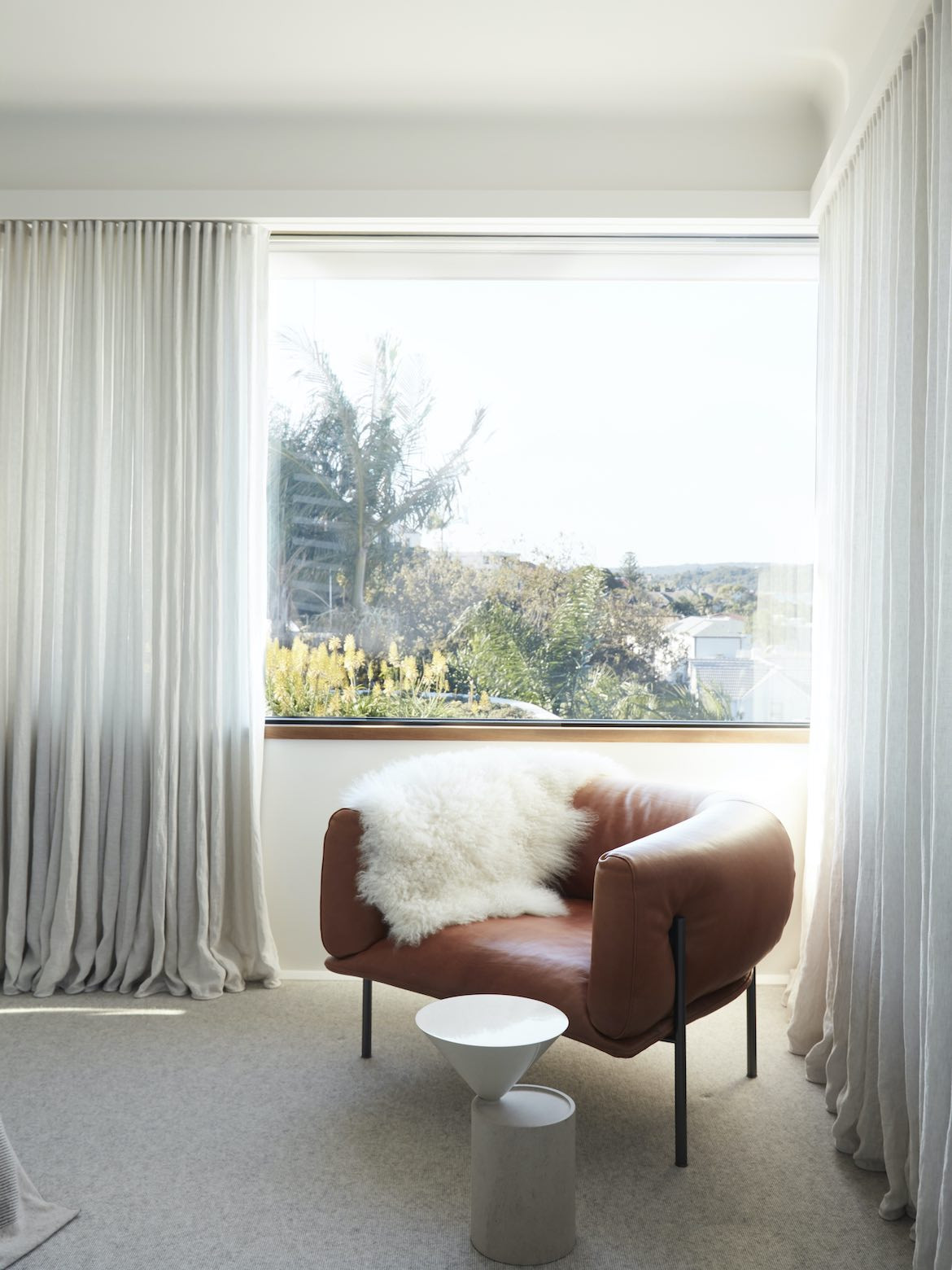 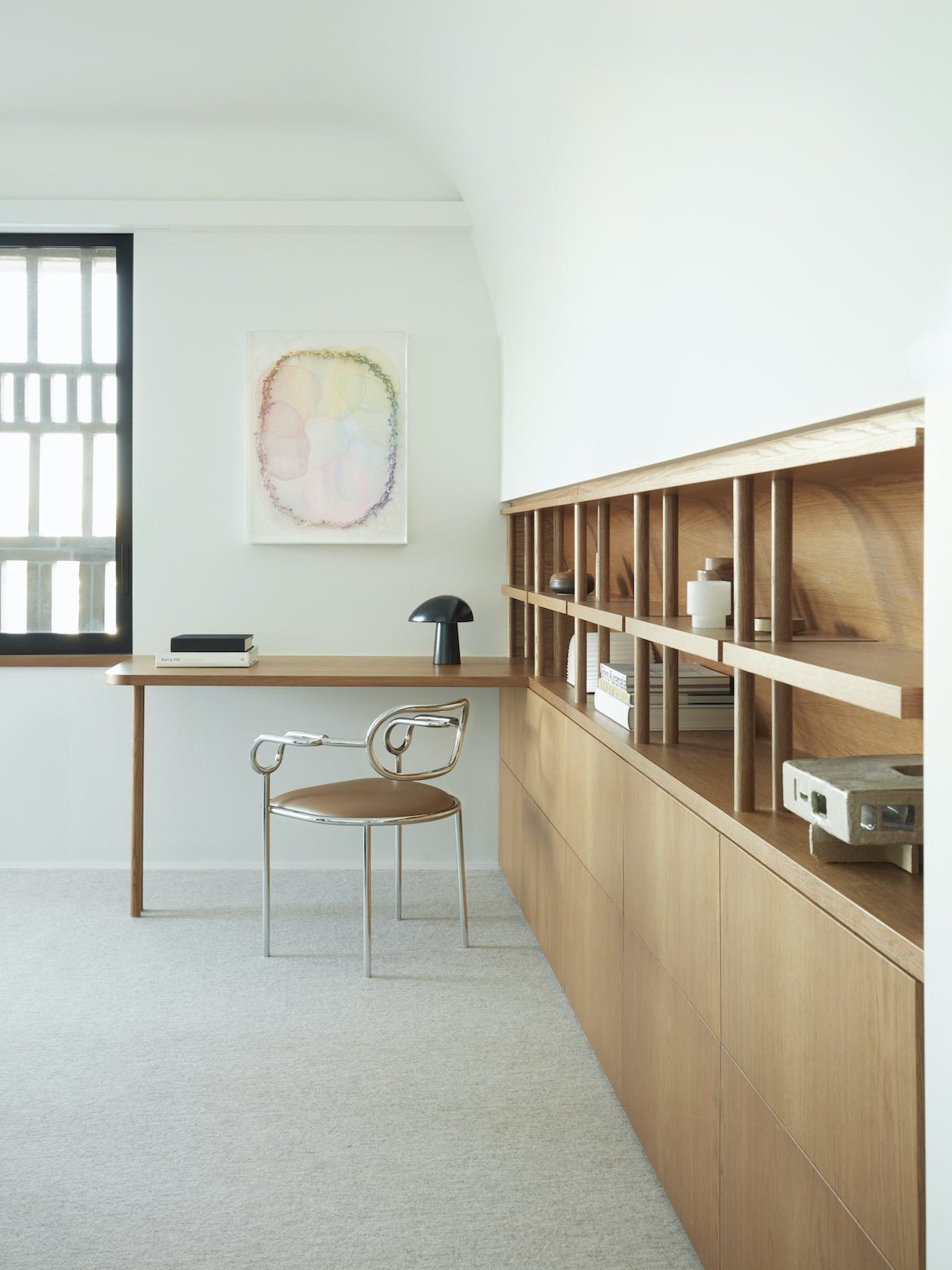 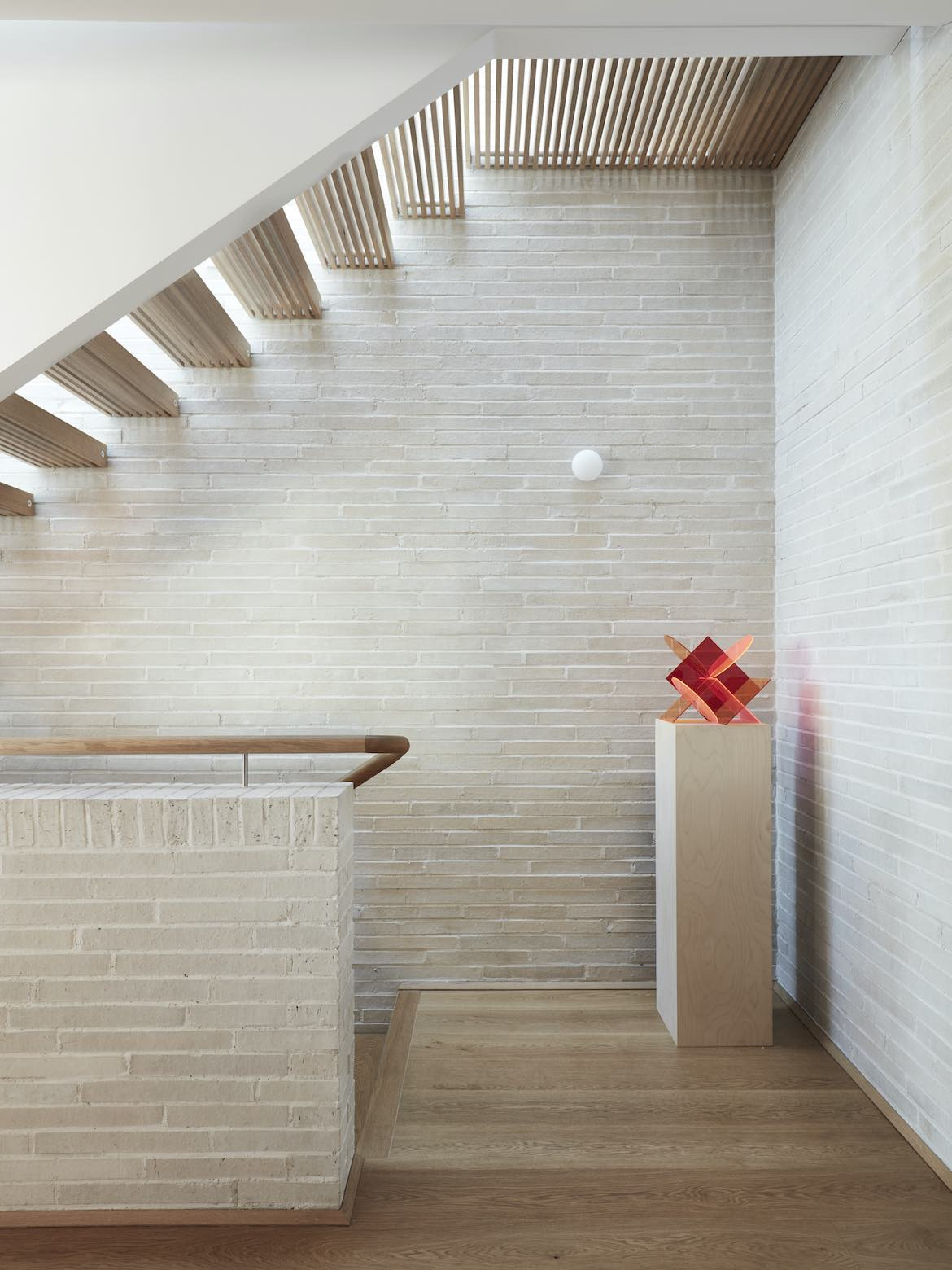 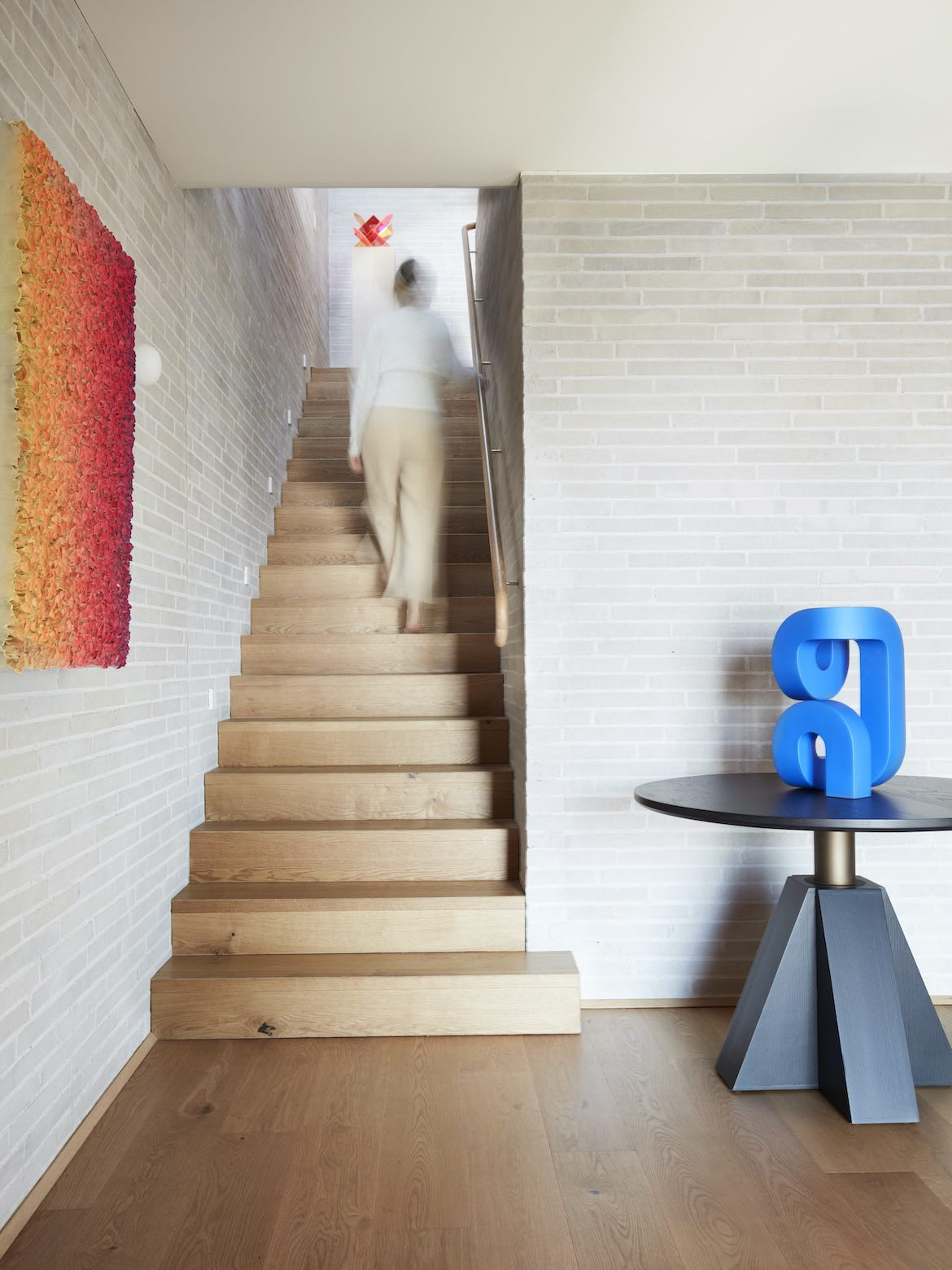 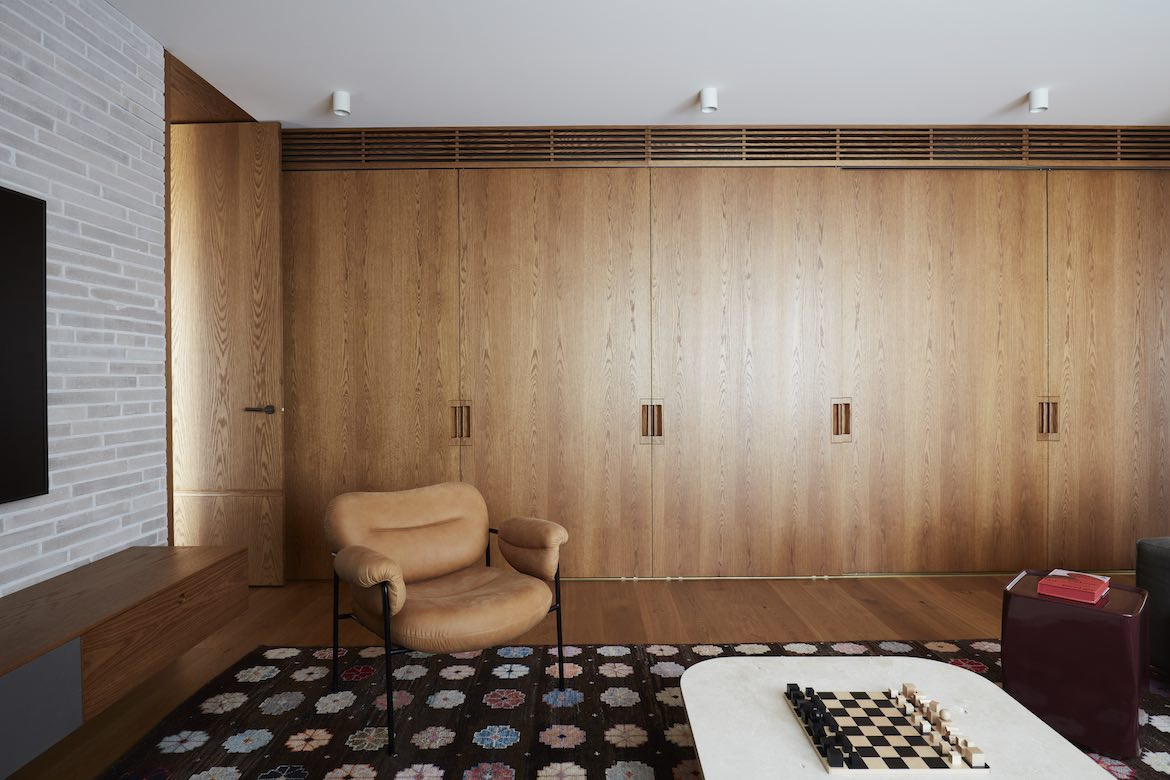 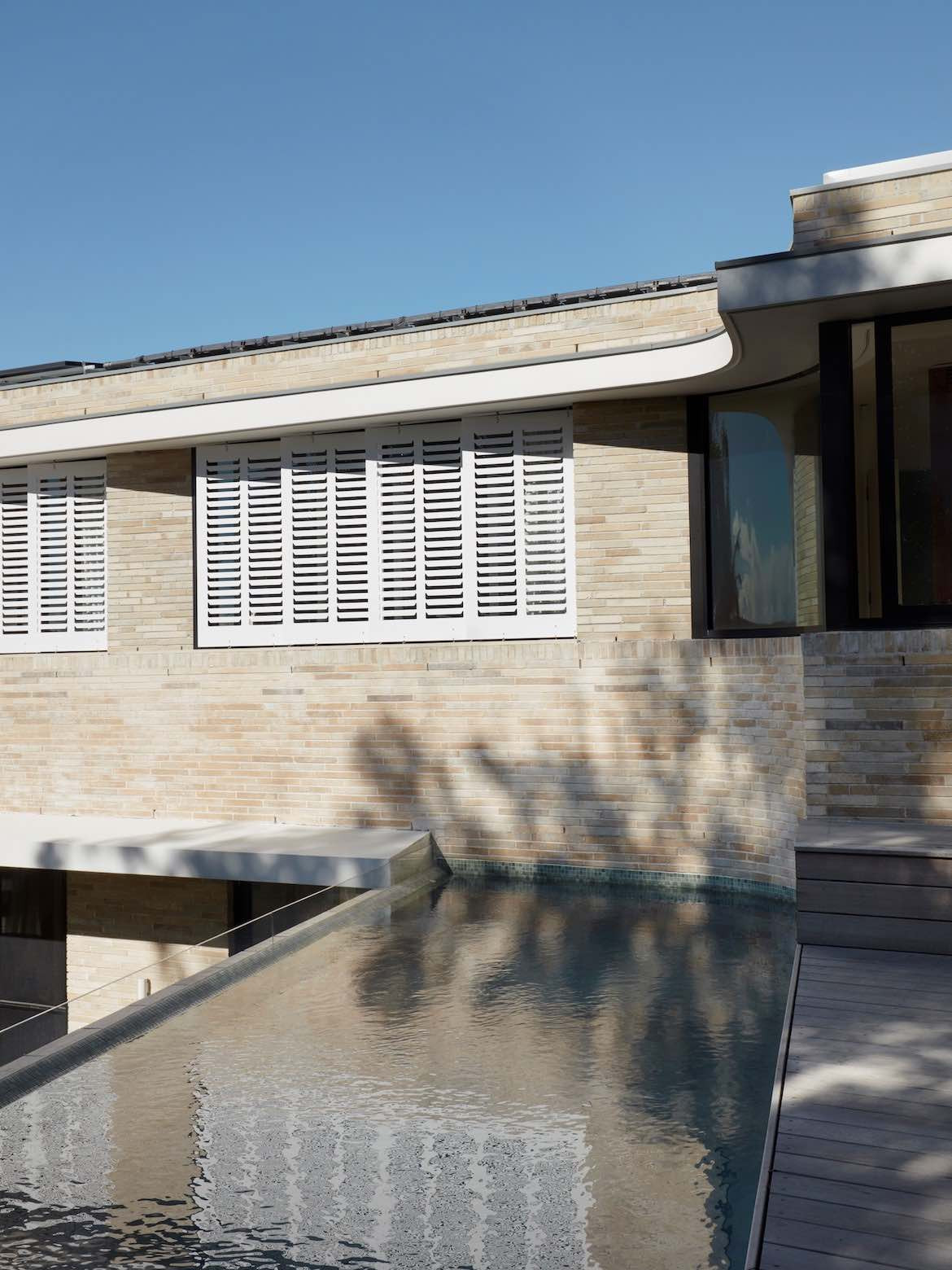 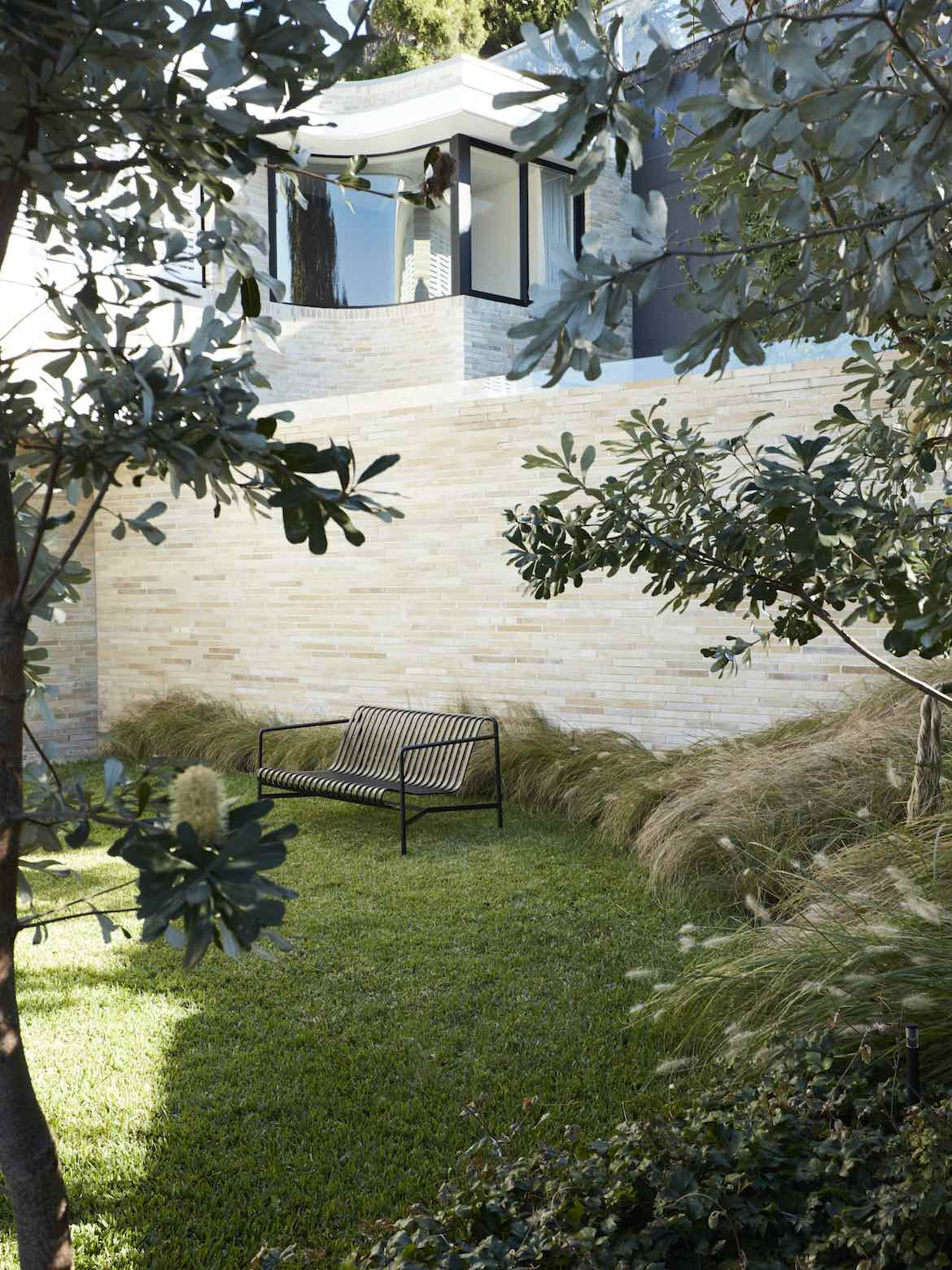 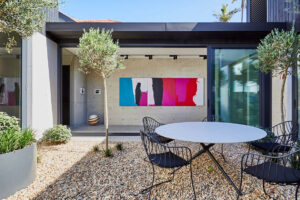 A modern reinvention of the California bungalow 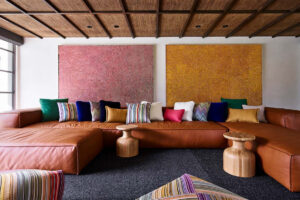 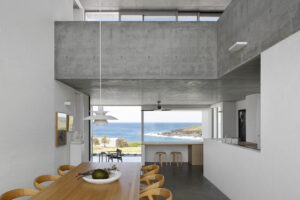 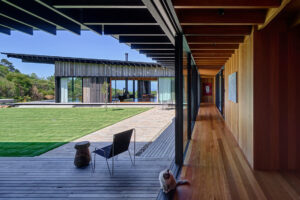