Striving for the Perfection in.. 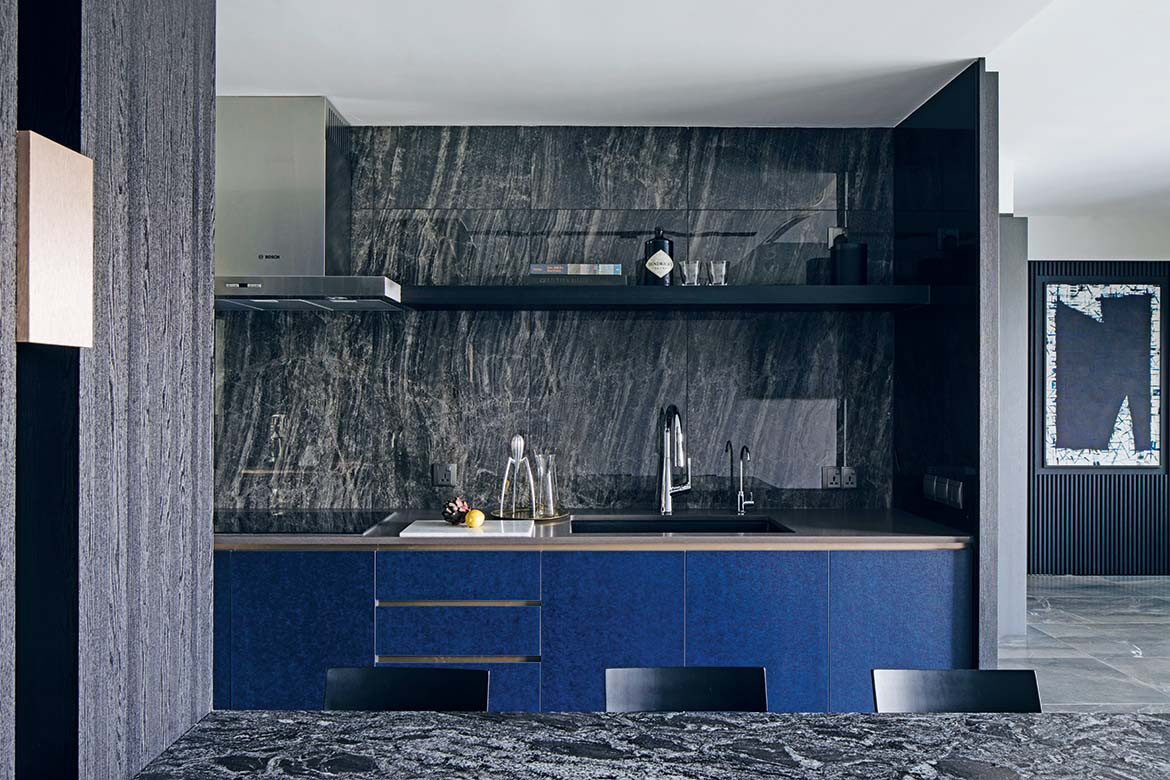 Dramatic spatial reconfiguration meets the simplicity of modern luxury in this bachelor pad designed for relaxation and entertainment.

Designer Joey Khu is not only magnificent at creating living spaces that bear equal amounts of panache and restraint, but also adept at crafting sophisticated bachelor pads that befit their stylish owners. Each residence is made-to-measure akin to a well-tailored suit, and this resale condo belonging to a bachelor in his late 20s is no exception. The homeowner knew from the beginning that the existing layout was ill-suited to his needs and lifestyle. “He wanted a moody, stylish and tranquil sanctuary for maximum relaxation, in which he could also entertain from time to time,” says Joey. 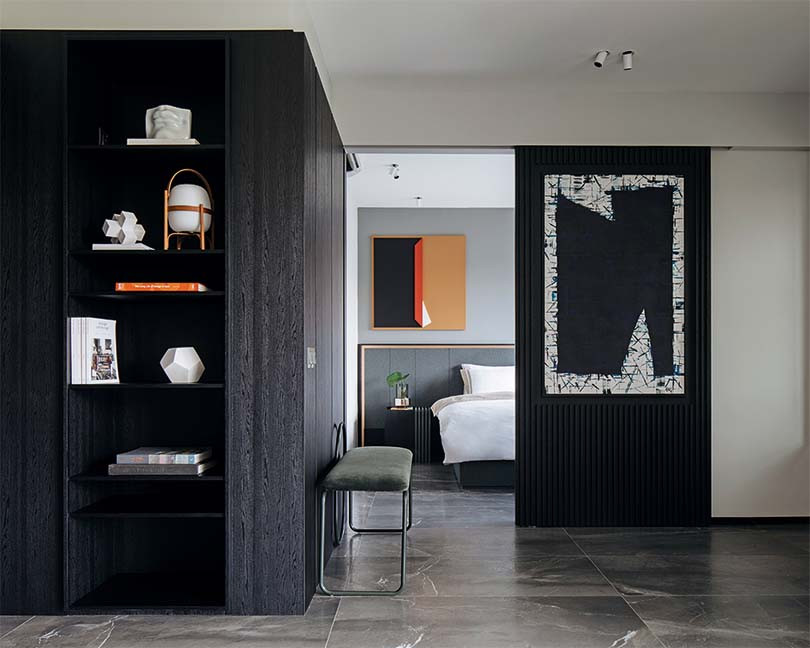 With creative carte blanche given, Joey used a predominantly dark colour palette alongside bronze, turquoise and pink accents to evoke an easy elegance that fuses contemporary cues with a masculine style. Yet, this made-to-measure home remains spacious and uncluttered thanks to its refreshed open-plan layout sans distinct demarcations. This is further accentuated with the use of marble effect tiled flooring throughout the apartment, which replaces the original timber ones. 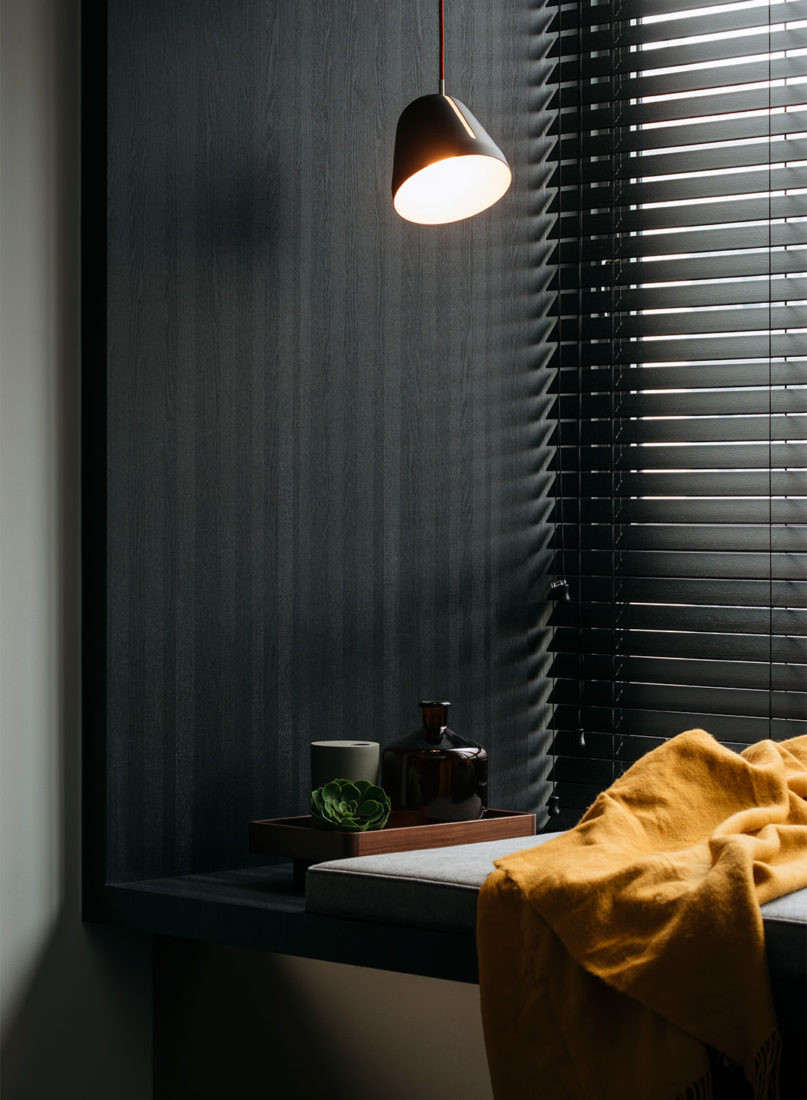 The redesign is centred on transforming the once enclosed kitchen into an open galley kitchen that visually connects to the enlarged living area. The latter is made possible by subsuming one of the bedrooms and the bedroom corridor; thus improving air circulation and movement, while natural light can be brought into the deeper recesses of the residence. The radical reprogramming of spaces also sees the original master bedroom merge with another common room to accommodate a study, walk-in closet, as well as a vanity and sink counter just outside the en-suite. 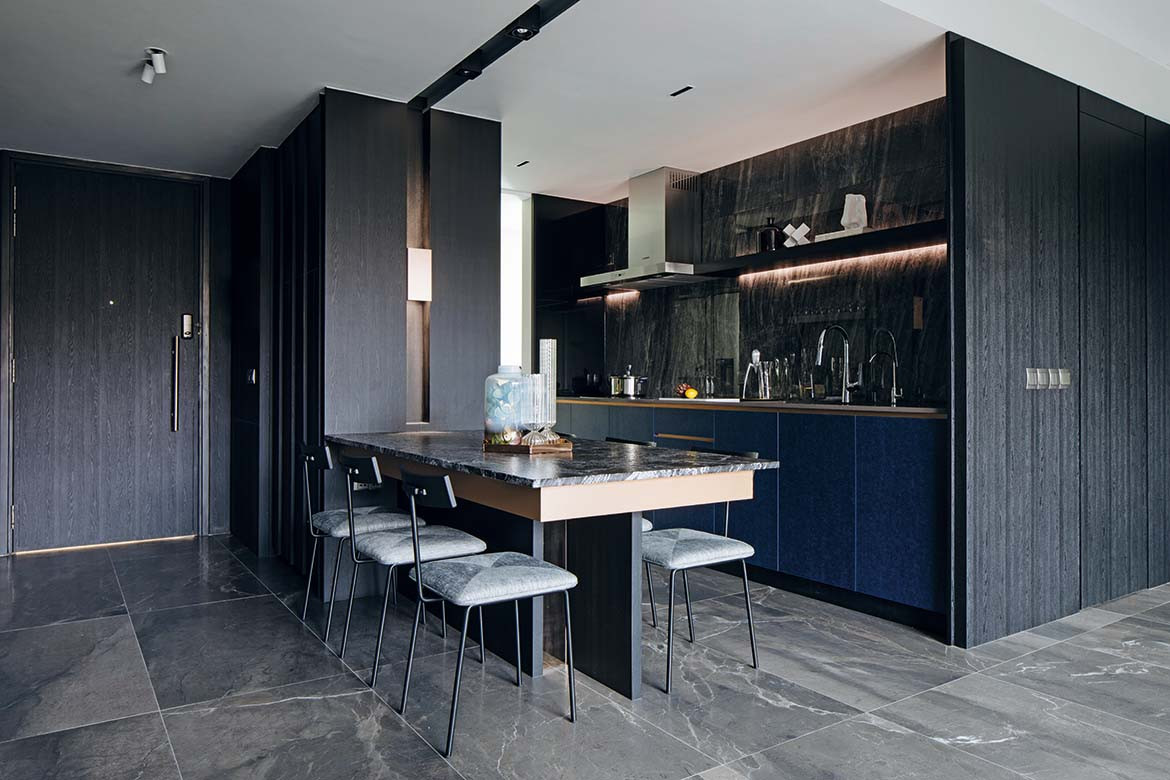 By designing the joinery to seamlessly transition between public and private spaces, the apartment feels less compartmentalised. This includes the integration of all internal doors for a camouflage effect, most notably the entrances to the common bathroom and the master suite. The latter’s timber panelled sliding door appears as a feature wall with a bespoke artwork hung on it to the untrained eye. And when opened, the said art piece lends a contrast of depth with the one above the headboard.

“We wanted to create a warm, cosy and relaxing space, with design elements that convey a sense of humour,” Joey explains, noting his arrangement of furniture at an angle in the living area and the unique incorporation of a television tripod stand in lieu of a standard media console. “Colours, textures, and varying scales and forms were combined conscientiously to create a fluid space that’s unstructured and somewhat unexpected in an effort to reflect the homeowner’s style and personality.” 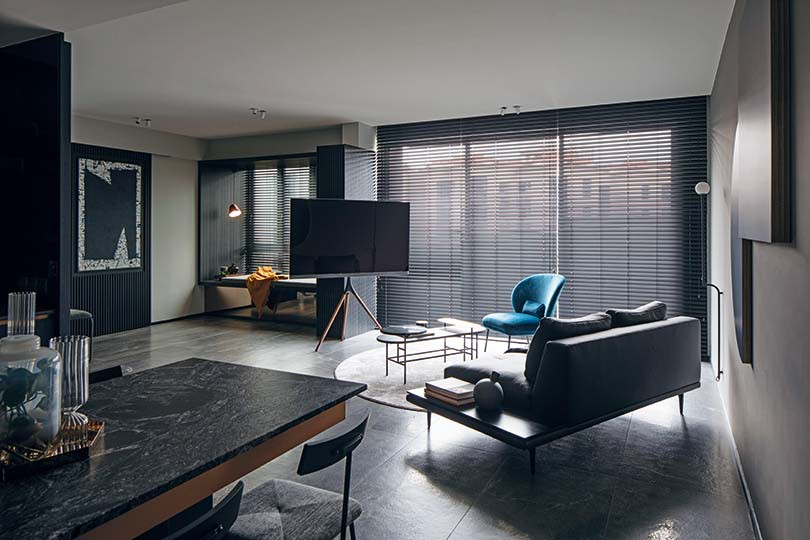 Nooks and crannies have also been used to their full advantage with built-in furniture. The best examples of which are a window seat nestled at the base of the existing bay window in the lounge, an audio cabinet in the living area to conceal unsightly wiring and entertainment devices, and a vanity and sink counter fronting the windows in the walk-in closet. 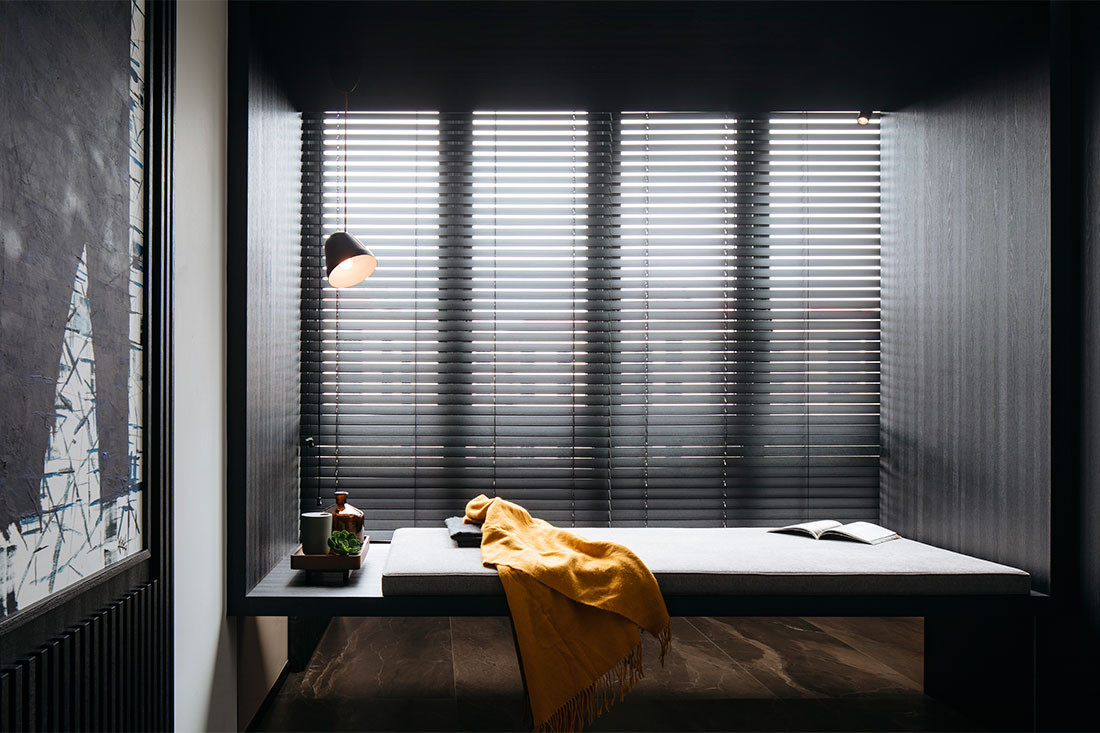 Texture, detailing and clever spatial plan teamed with simplicity means that big impact has been created. Indeed, the overall outcome is stunning with impeccable spatial layering such that the decade-old apartment has been transformed into a made-to-measure home without boundaries. 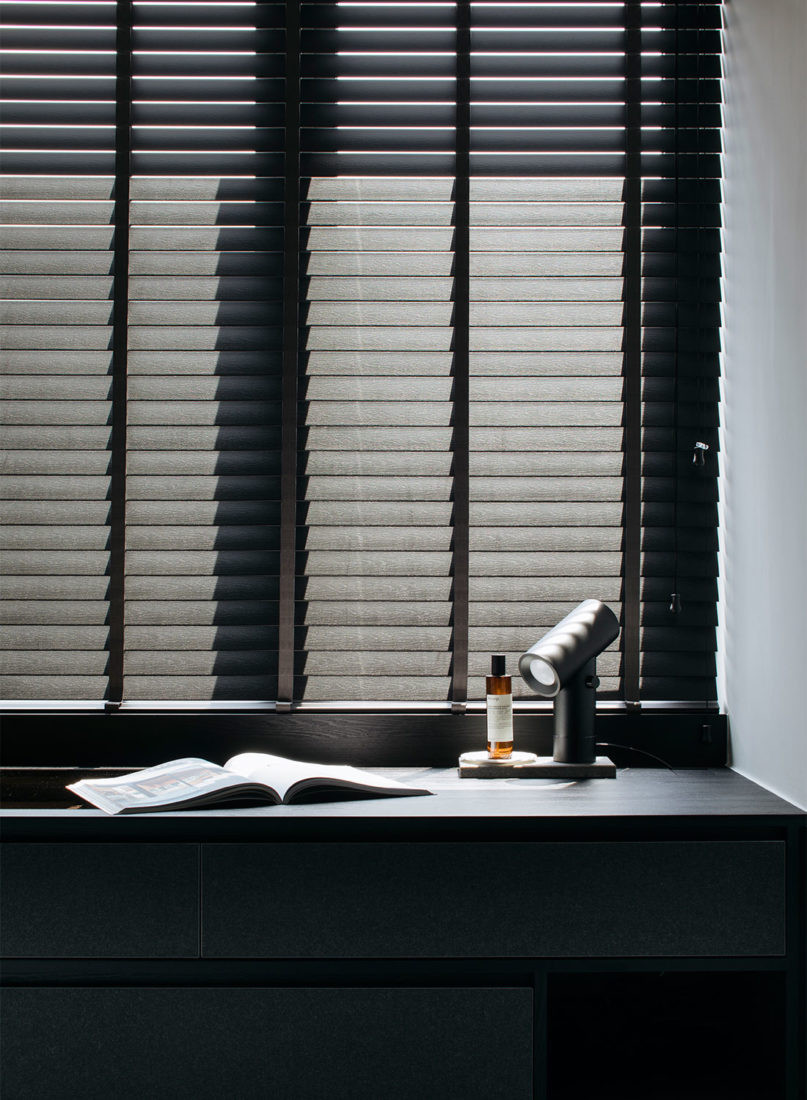 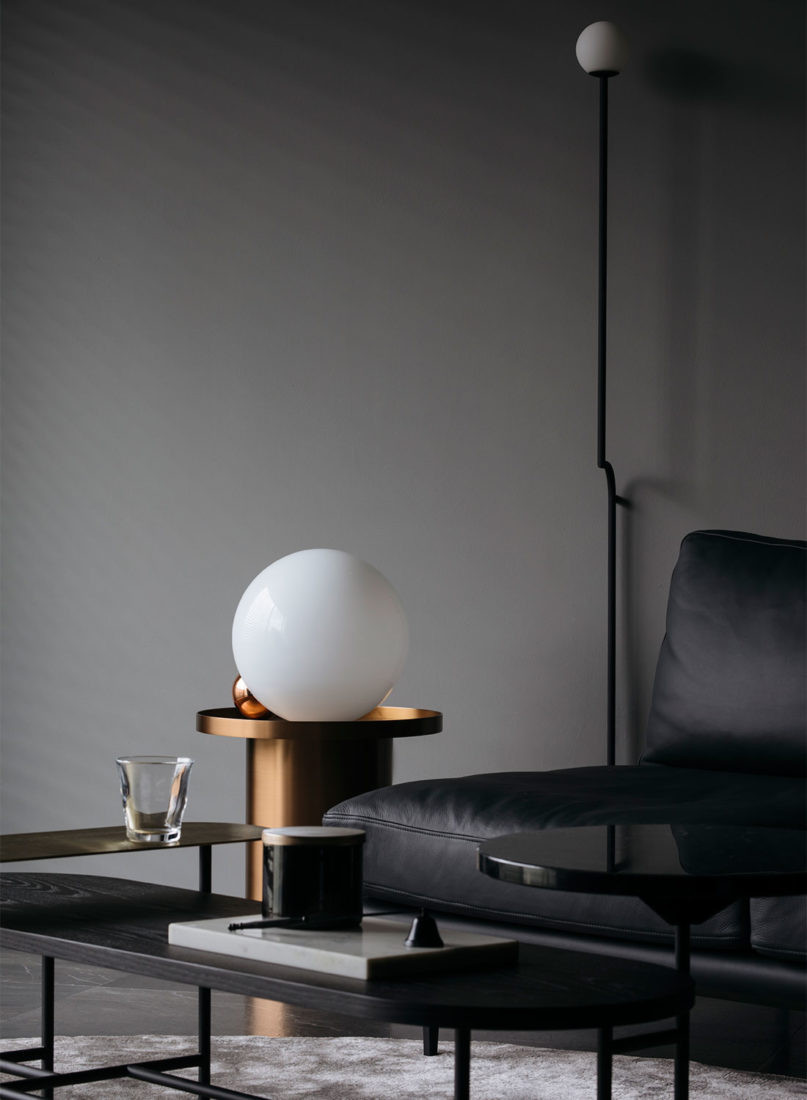 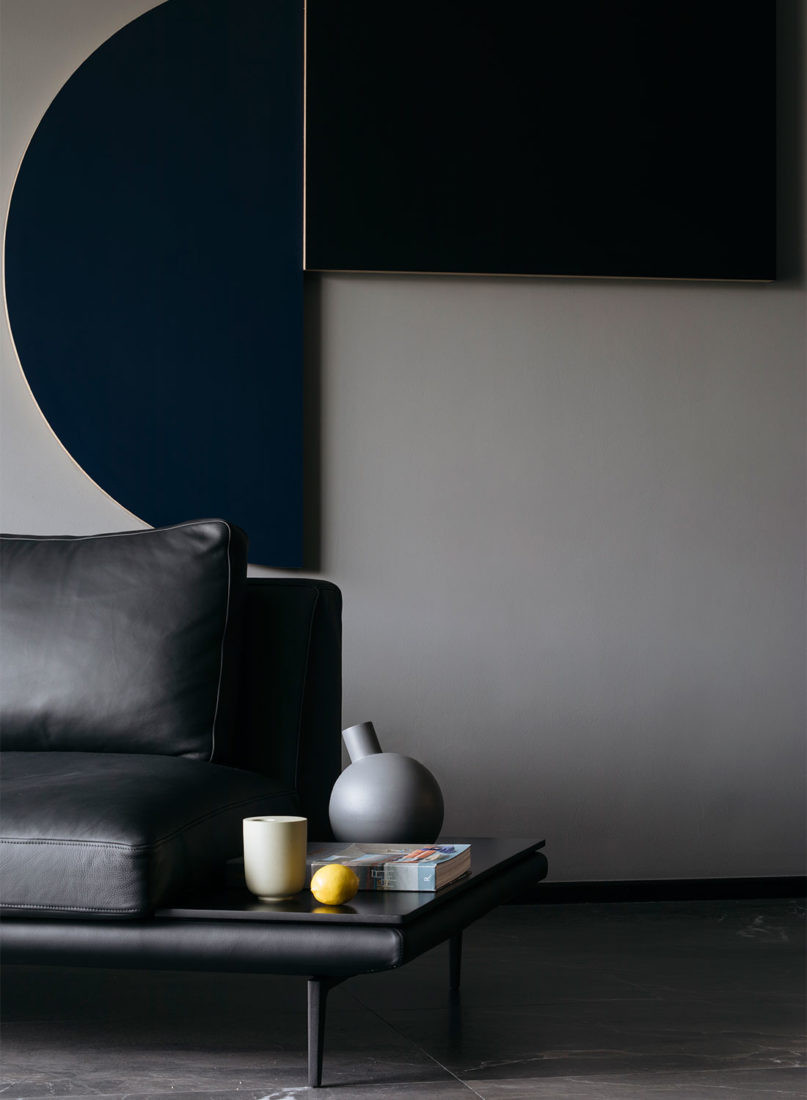 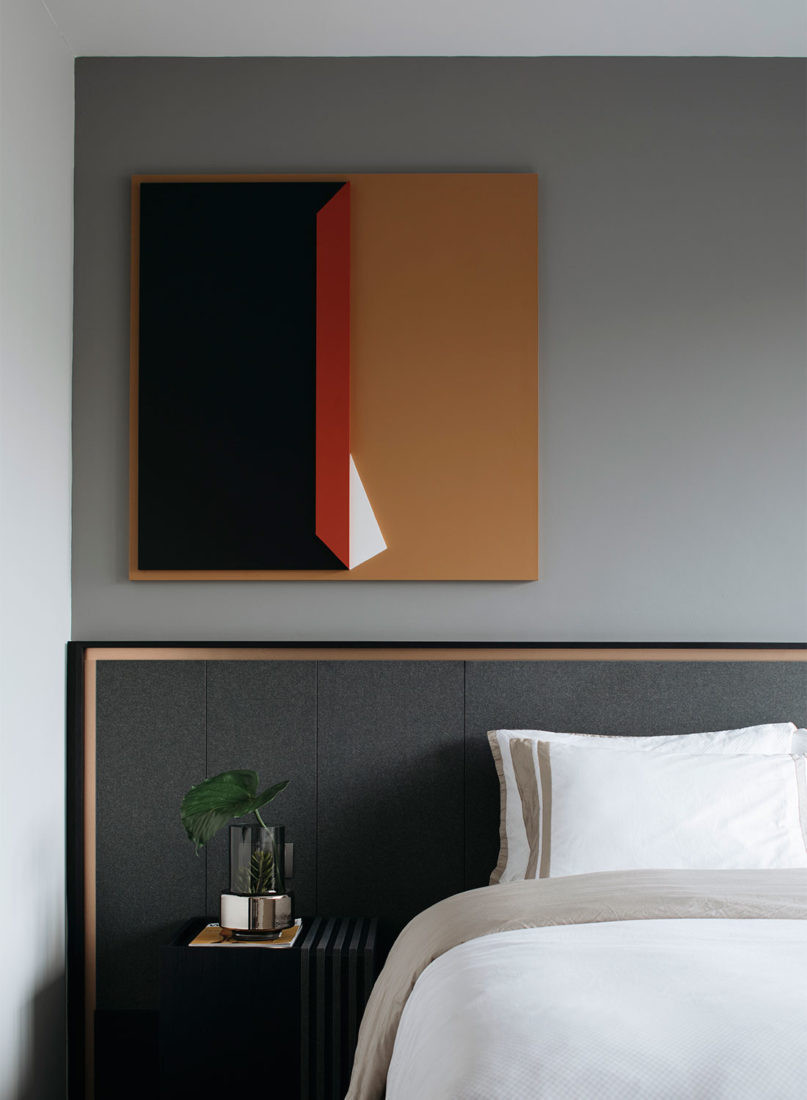 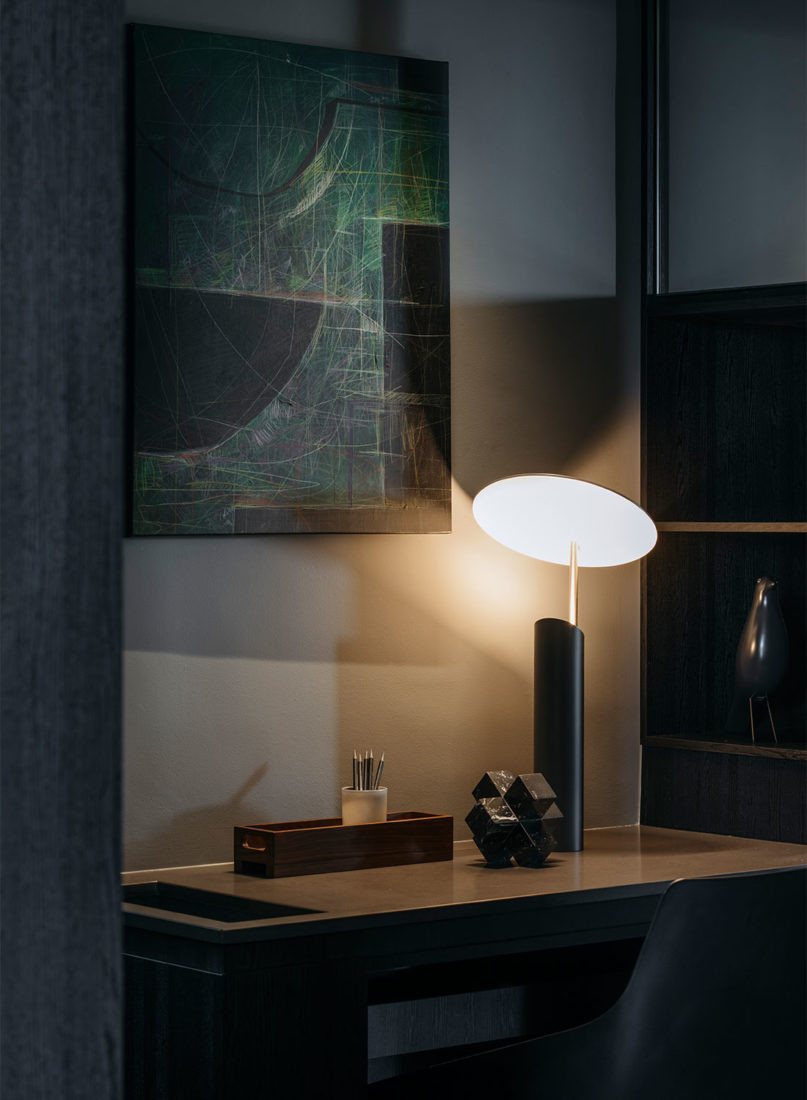 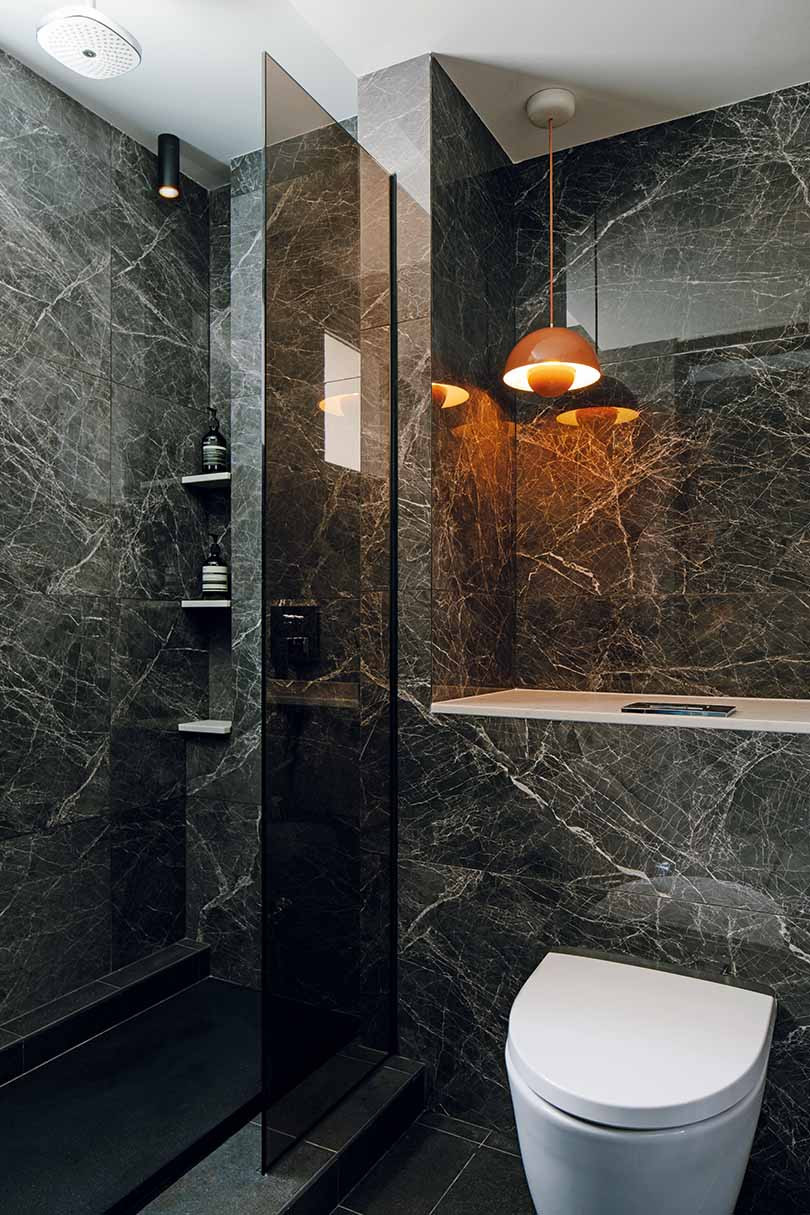 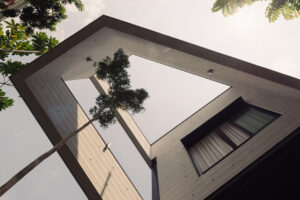 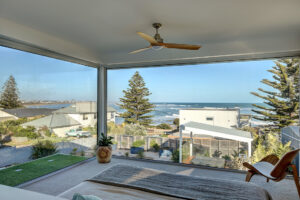 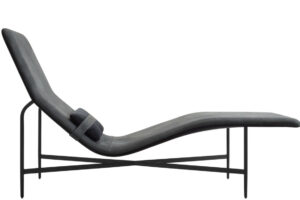 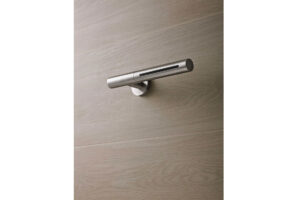