Kanika R’kul led a wave of overseas-trained Thai architects who returned home to address the issue of how to design a contemporary Thai house without losing connection with traditional values. Tonkao Panin reviews her career. 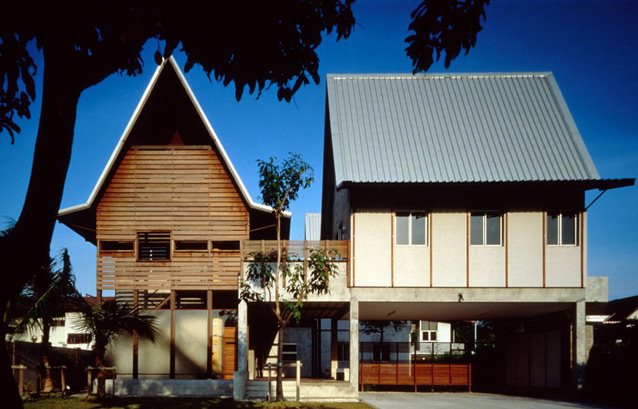 Throughout the first decade of the 21st Century, we have encountered many challenges.  Faced with a global crisis, striving to save and protect our environment has become a common goal in all professional arenas. But many questions remain unanswered. These don’t just concern environmental issues. We also need to again question the basic premises in architectural thought and practice, whether cultural, social, political or aesthetic.  Today, architecture is approached from various points of view. On the one hand, one can argue architecture’s autonomy and that its form and geometry can be understood in their own right, as testimony to a designer’s intelligence or invention. On the other hand, one can disavow the supposed autonomy of form and discover behind a building’s dimensions, geometry and overall appearance the influence of broader cultural conditions, whether technological, social or economic – not unlike the way we view political arguments and choices. Between these two polar opposites are various ways of thinking and practising that have shaped the way architects see buildings. 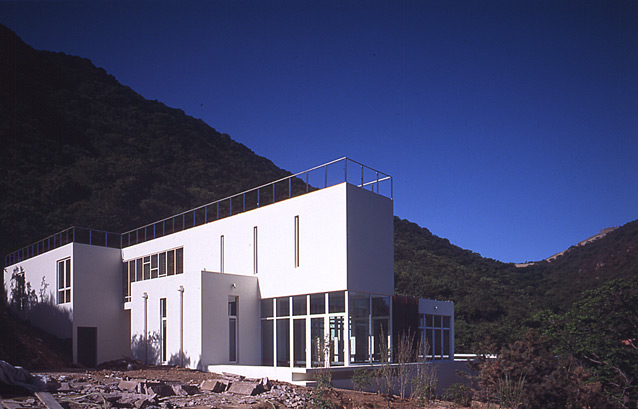 Kanika Ratanapidakul has striven to uncover the various types of balance within the dynamism of architectural practice. A Thai architect who studied interior architecture at the Southern Illinois University, Ratanapridakul went on to study at the Southern California Institute of Architecture. After years of practice in the United States as well as in Thailand, Ratanapridakul established Spacetime in 2004, an architectural firm that proposes interdisciplinary ways of thinking and practising and tries to narrow the space of enquiry between architecture and other related fields.  Within the different directions or approaches being practised today, Spacetime has explored critical ways of thinking that may help unfold the inherent complexity and contradiction within the current process of architectural creation. In today’s architectural discourse, architectural production itself is re-read, re-worked and re-presented in roles well outside the original. Spacetime’s critical practice represents both the pragmatic doctrine and the philosophical inquiry which explore the potential of architectural design to draw from the past and the present as it addresses the future. 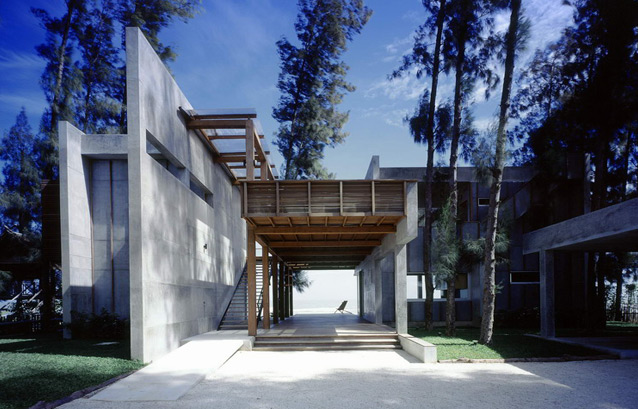 For the past fifty years, Thai architects have been pressed with questions regarding the definition and identity of contemporary Thai architecture. Are they to simulate the traditional, or should they borrow foreign forms?  While these questions address mostly formal and stylistic issues, Ratanapridakul’s vision has been different. Over the years, Ratanapridakul’s opus of work has grown to include projects of various types and scales. Less concerned with stylistic appearance, Ratanapridakul’s architecture is distinguished by the notion of relationship. Architecture is never an autonomous object created to please the eye, but stands in relation to our lives and environment, both manmade and natural. 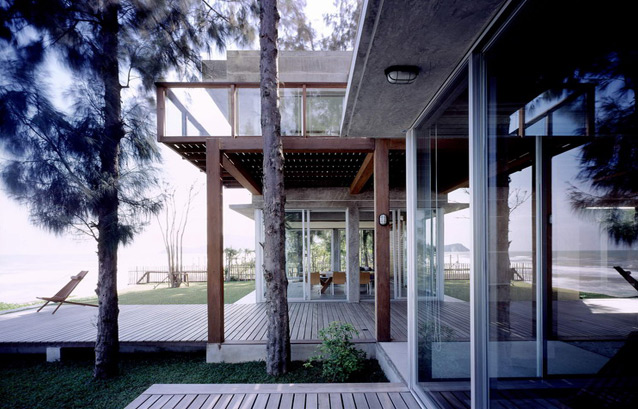 For Ratanapridakul’s architecture, the argument for context, for re-defining the architectural object as a constituent of a wider milieu, has meant re-thinking the building’s engagement with its material and spatial surroundings. Architecture is not seen as a complete object in itself, but becomes an active part of the context that envelopes it.  It is a practice that seeks not a world of architecture, but an architecture of the world where the natural environment provides a framework for architectural thought. Context, topography and the natural landscape are not only expressive or indicative, but also relational – an integration of the setting that gives life its texture, richness and spontaneity. 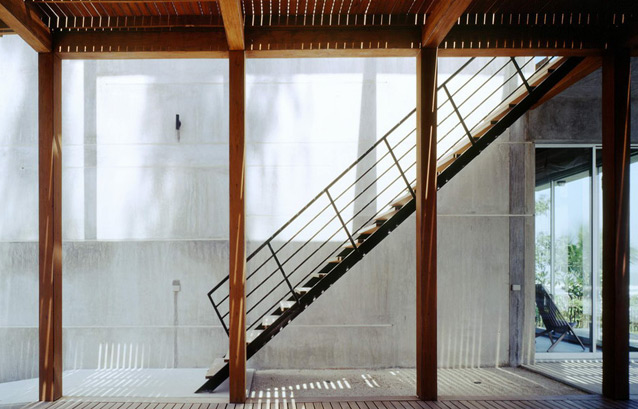 This way of thinking is manifested in the specifically topographical issues of siting buildings, detailing constructions, and arranging internal and external settings. The simplicity of exterior forms allows the richness of the interior to occur. A buildings is never composed to be viewed from outside, but to be experienced within its space and surrounding terrain. Façade as a frontal or formal picture plane seems to disappear and allow the play of spatial articulation between interior and exterior spaces to happen. This emphasis on the relationship between architecture and its site creates building enclosures that are not seen as permanent separation but as a flexible boundary, or a line that allows one space or setting to pass on to the next. 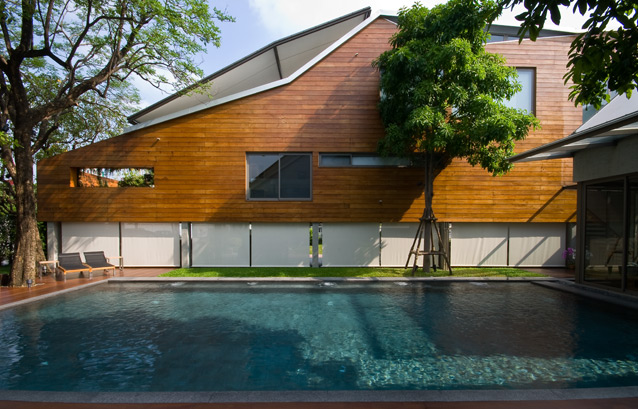 In Ratanapridakul’s domestic architecture, the design process does not begin and end on the drawing board, but starts from an inquiry into the lives, habits and visions of each and every resident.  What type of environment, relationship and future do they envision? Preceding all material and quantitative requirements, these questions are translated into the spaces and forms of each building. Thus a house is not a beautiful object to be displayed, but a background for everyday affairs, composed after careful consideration and with true understanding of daily routine. 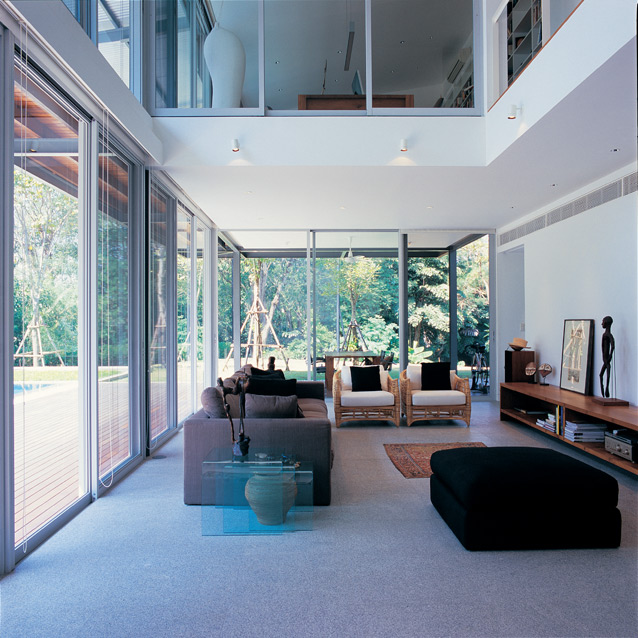 Notwithstanding programmatic and stylistic differences, all of Ratanapridakul’s domestic architecture shares something in common. It is the way it acts and interacts with the surrounding environment. The flow of spaces between each and every setting, both interior and exterior, is an indication of Ratanapridakul’s desire to integrate buildings and landscape. What is given in the location has to be taken into account, for it is a temporal unfolding that provides that the framework for the building’s relationship to the surrounding environment. The entry of the landscape, its light, temperatures, textures and times, was always an encroachment – like the entry of a visitor bringing something new but essential to a familiar place. Buildings benefit from and are affected by environmental entry at all times. We are not alone, but always part of a larger environment which we constantly shape and re-shape. 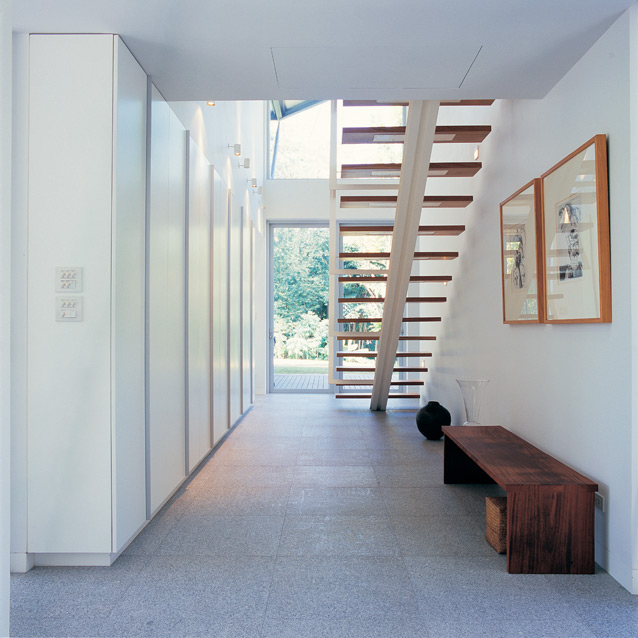 Despite its respect for the environment, Ratanaprodakul’s architecture never pretends to be similar to the natural topography.  Instead of trying to eliminate the conflict between the artifact and the environment, Ratanapridakul often leaves slight traces of encounter between the manmade and the natural that makes the building a legible narrative of its operations and of the life it sustains. These buildings have proved that elements of architecture that are measured, sharply defined and sometimes repetitive can be integrated into a natural setting; while still capable of sustaining its own identity.  Yet, in order to understand these buildings, we must shift our focus from their quality as objects to the actions they are meant to accommodate. We must concentrate on and remember their performative role because they are architectural settings that represent human life. When architecture is not seen as an empowering foreground, but is designed to recede into the background; it allows both the interior habits and the exterior environment to interact. To understand the way this type of architectural setting is lived and recognised, we need to see not only the objects themselves, but the way they work together to sustain typical dwelling practice. 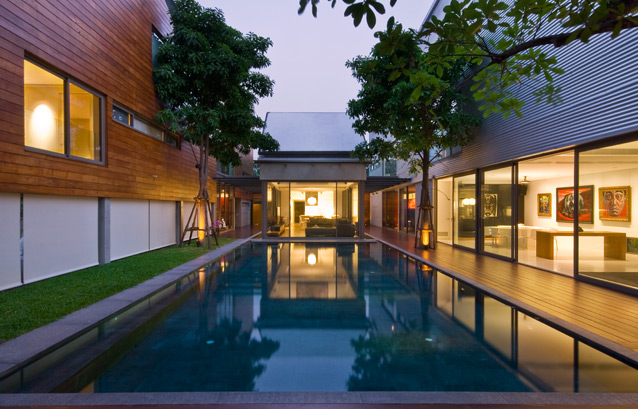 For several years, Ratanapridakul’s practice has been marked by its concern for the changing environment. The level of intervention that architecture forces on to the natural world has become a central question. Thus the task of an architect is not only design something new, but also to explore possible ways in which architecture can be both creative and responsible. When the designer is attentive or attuned to the situation of the project as (with all the contingencies of place, program and client in mind), the choices and possibilities emerge. As the natural world offers us endless possibilities and choices, it also presents a meaningful sense of design decision that sustains a sense of both social and environmental responsibility. 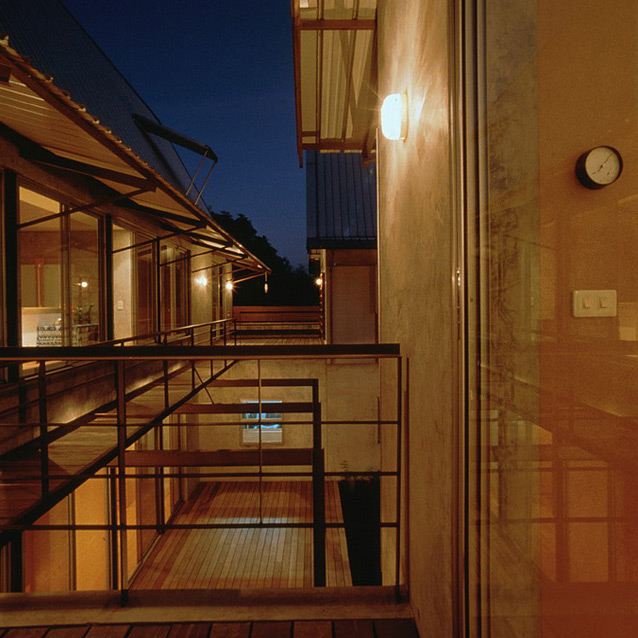 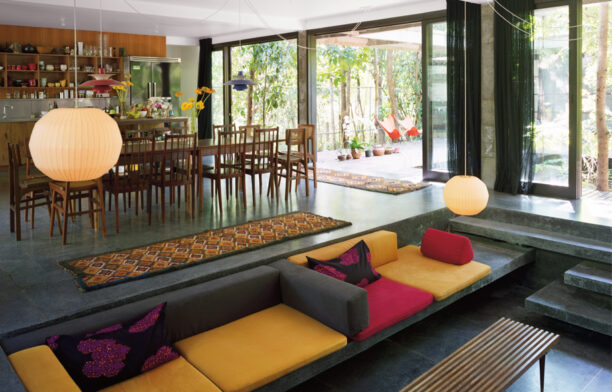 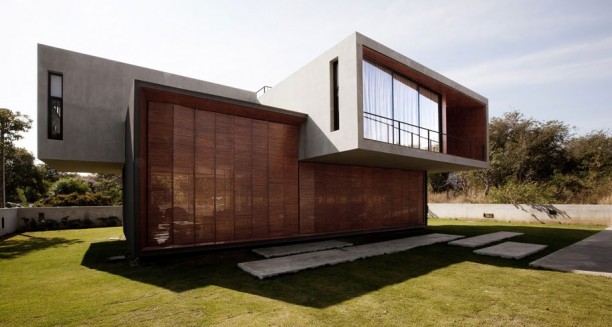 A Thai House inspired by Kayaking 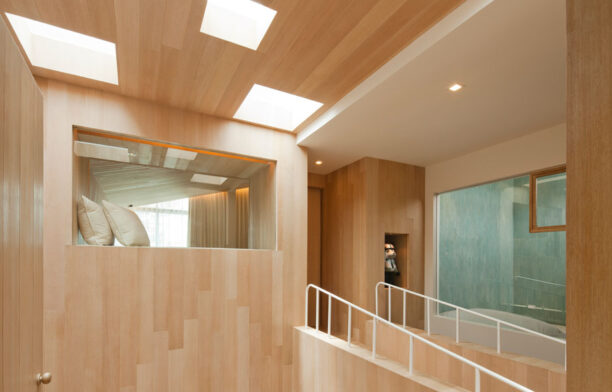 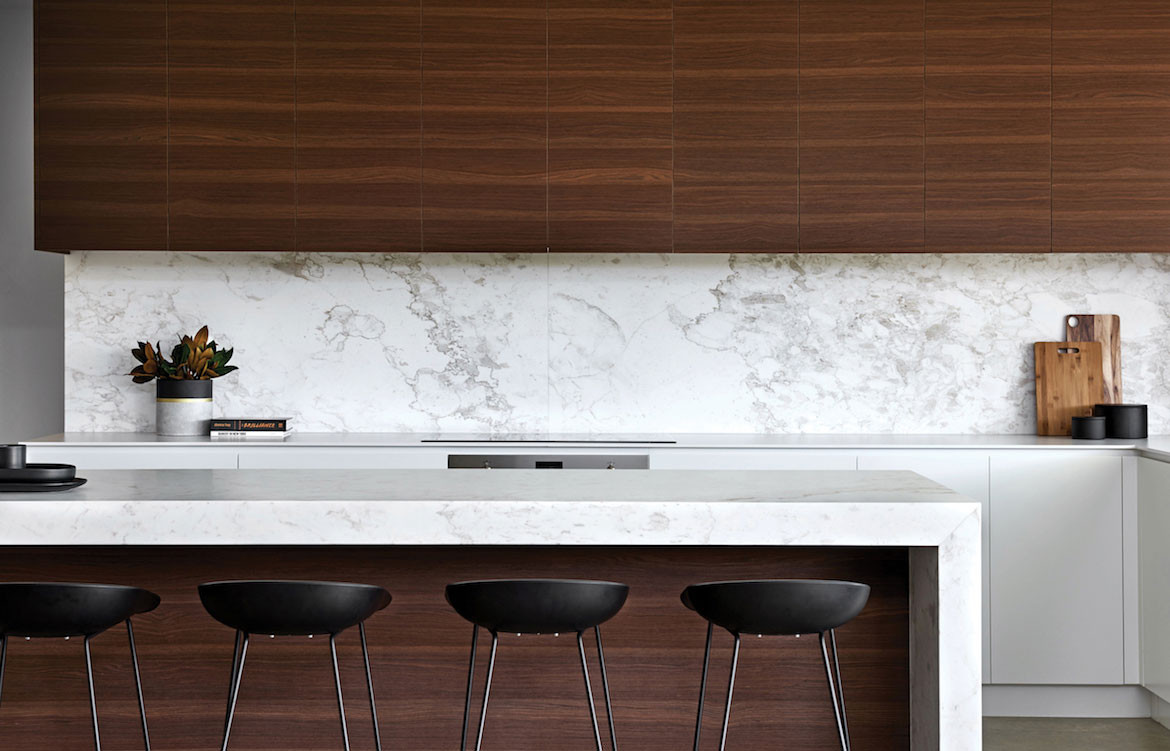 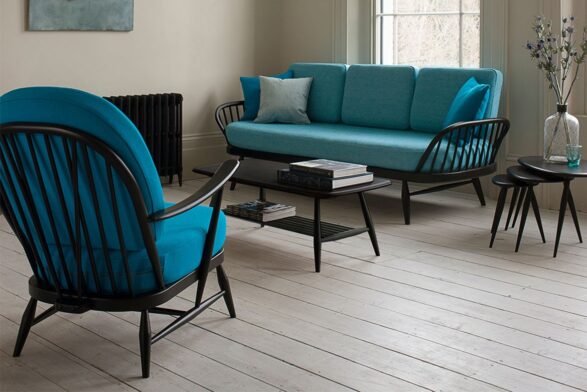 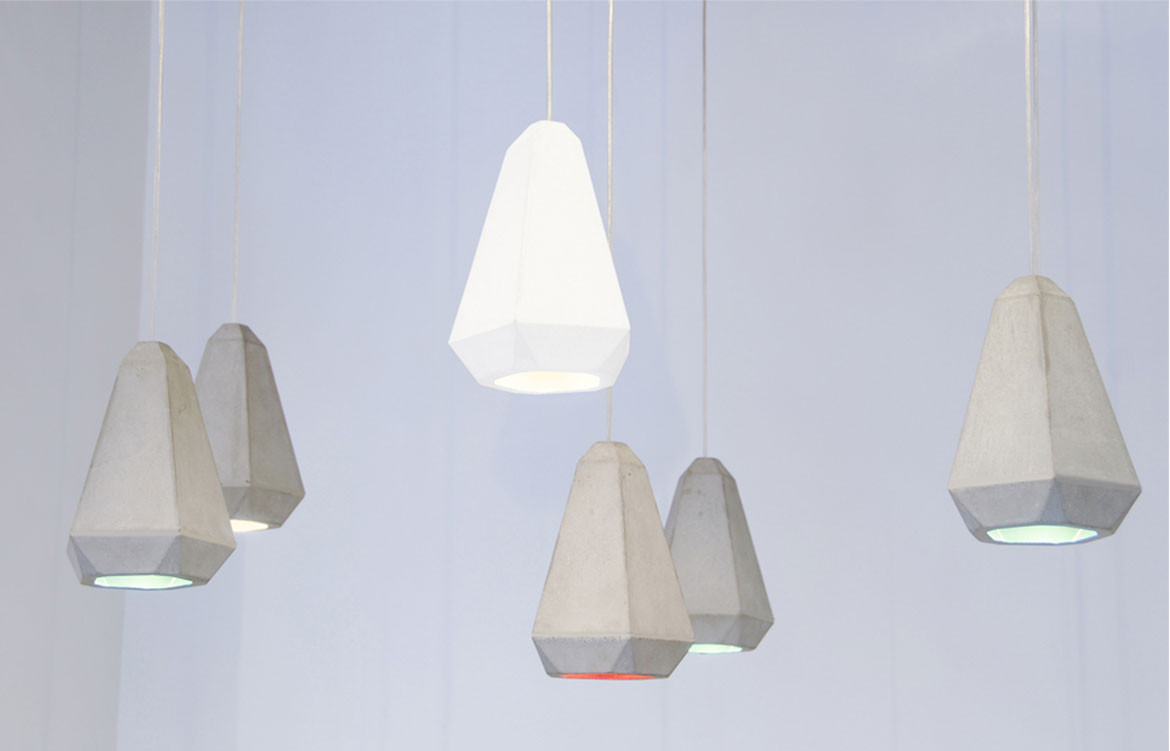 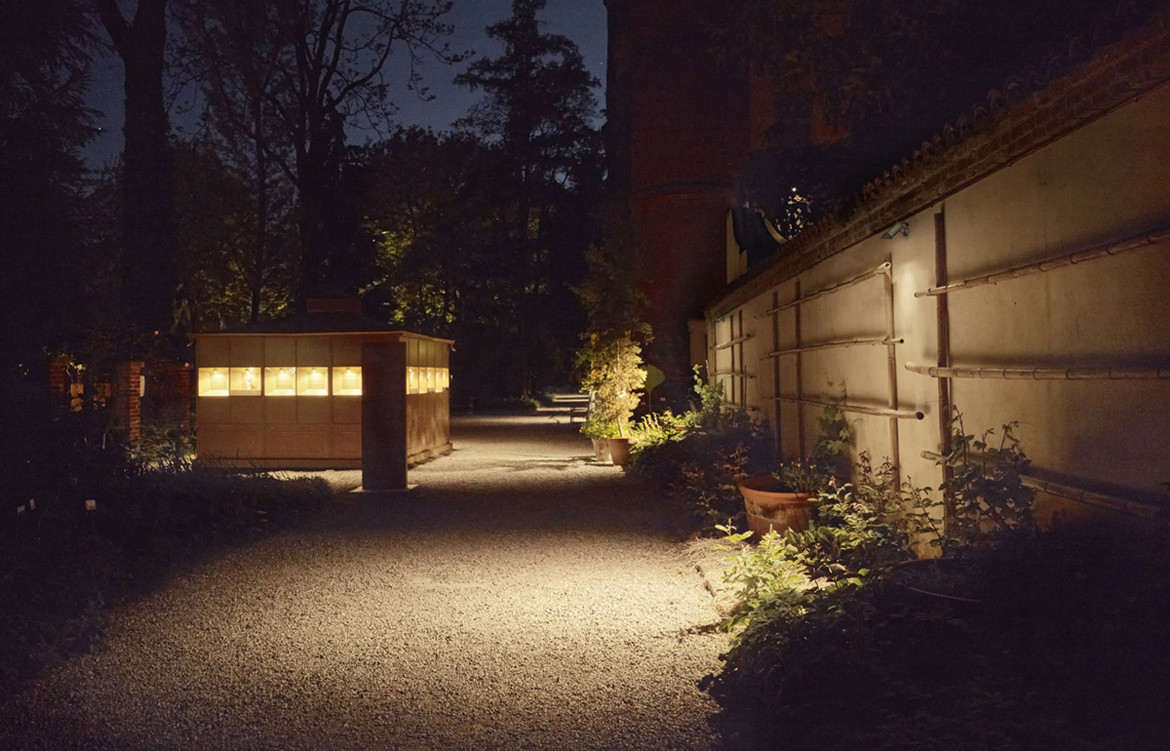