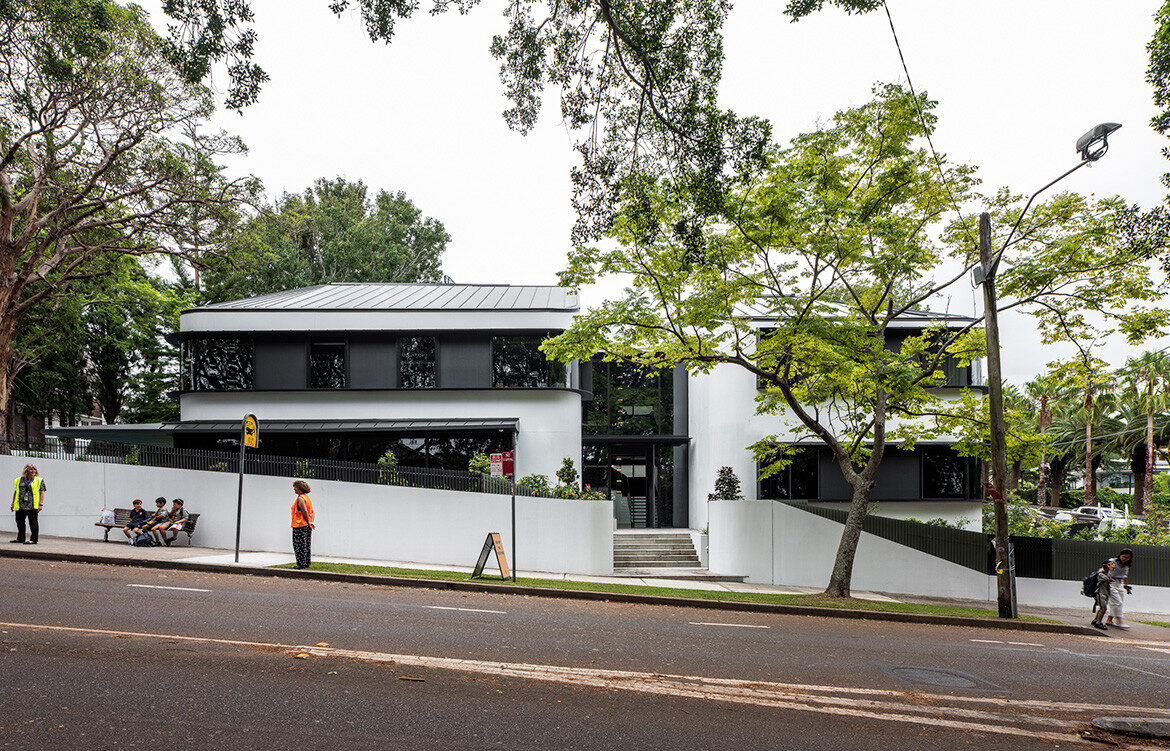 This substantial home in Bellevue Hill, Sydney, was completed in December 2019, just a few months short of the pandemic that has changed the way we now work.

Designed by Bureau SRH, the 1000-square-metre house, spread over four levels including basement parking, has two home offices for a couple with two children. It also accommodates grandparents, relatives and friends, many from Indonesia, where the couple was raised. “Our client (a businessman) has quite a large office just a short 15-minute drive from here, with views of the harbour. But he was keen to spend more time working from home, seeing more of the family and enjoying the flexibility this arrangement offers,” says architect Simon Hanson, director of Bureau SRH, who worked closely with his colleague, architect Daniel Putlin. 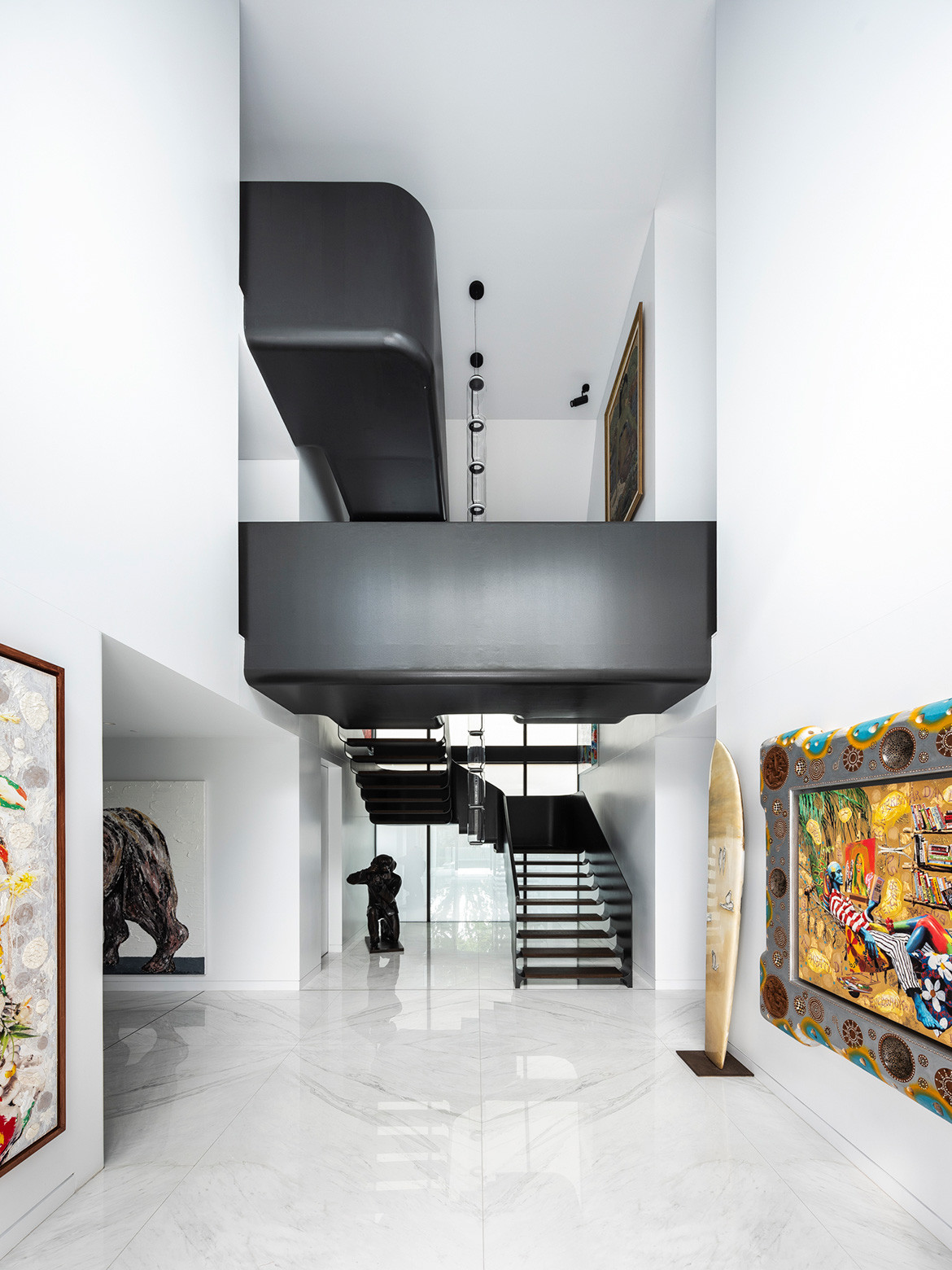 There’s the main home office (approximately 50 square metres, or the size of a one-bedroom apartment) on the first floor. This is the client’s office with large angled picture windows, orientated to the north, framing the established street trees. The other, for his wife, is located on the top level and is used primarily for painting and crafts. “He also enjoys sitting at the dining table, after dishes have been cleared, and spreads his work across the table,” says Putlin.

People are looking for a dedicated space in their homes, particularly those who have young children.”

Unlike many home offices cranked to the rear of a home or even as a separate adjunct to the primary residence, the Bellevue Hill House is more akin to entering a grand lobby one could easily find in a corporate environment. The lobby/atrium has a ceiling height of approximately 11 metres, with large paintings curated as in an art gallery. And while colleagues or business associates often head to the office on the first floor, they are just as likely to first be offered something to drink in one of the living areas. 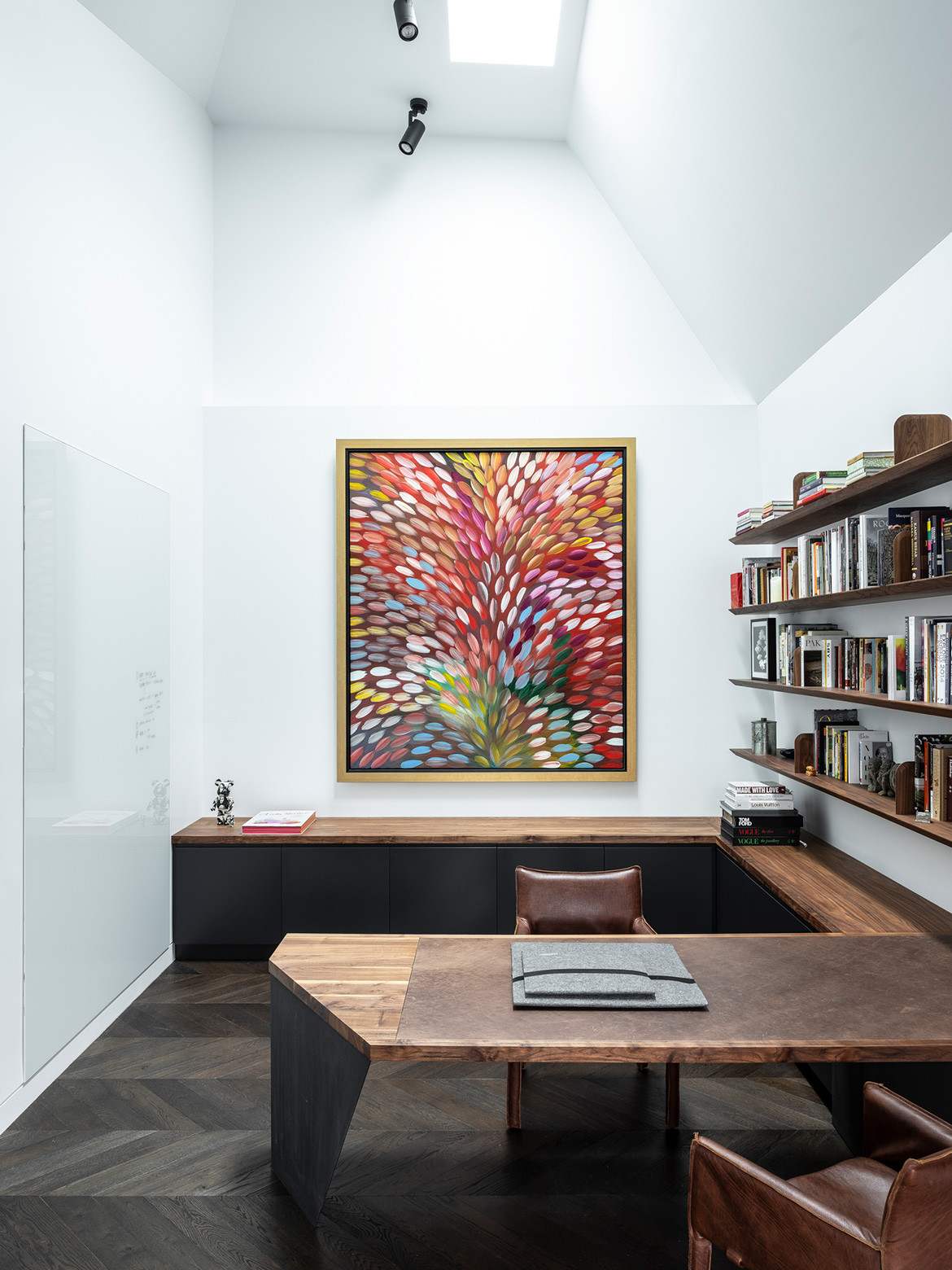 The office on the first floor is certainly well endowed. There are built-in walnut bookshelves and also a large walnut desk. A skylight above brings northern light into the space. Bureau SRH also included a built-in window seat, finished in sumptuous leather, that complements the leather-topped desk. And below the window seat is additional built-in joinery to store files and general paperwork. There’s also a considerable amount of technology, including internet boosters and a 1.6-metre-wide satellite dish on the roof that literally picks up every channel on the planet. However, there’s also the ability to brainstorm by hand with a large whiteboard adjacent to the owner’s desk. “Normally, it’s completely full of notes, with thoughts covering virtually the entire surface,” says Hanson, who explains that it was only cleaned for the purpose of the photoshoot. 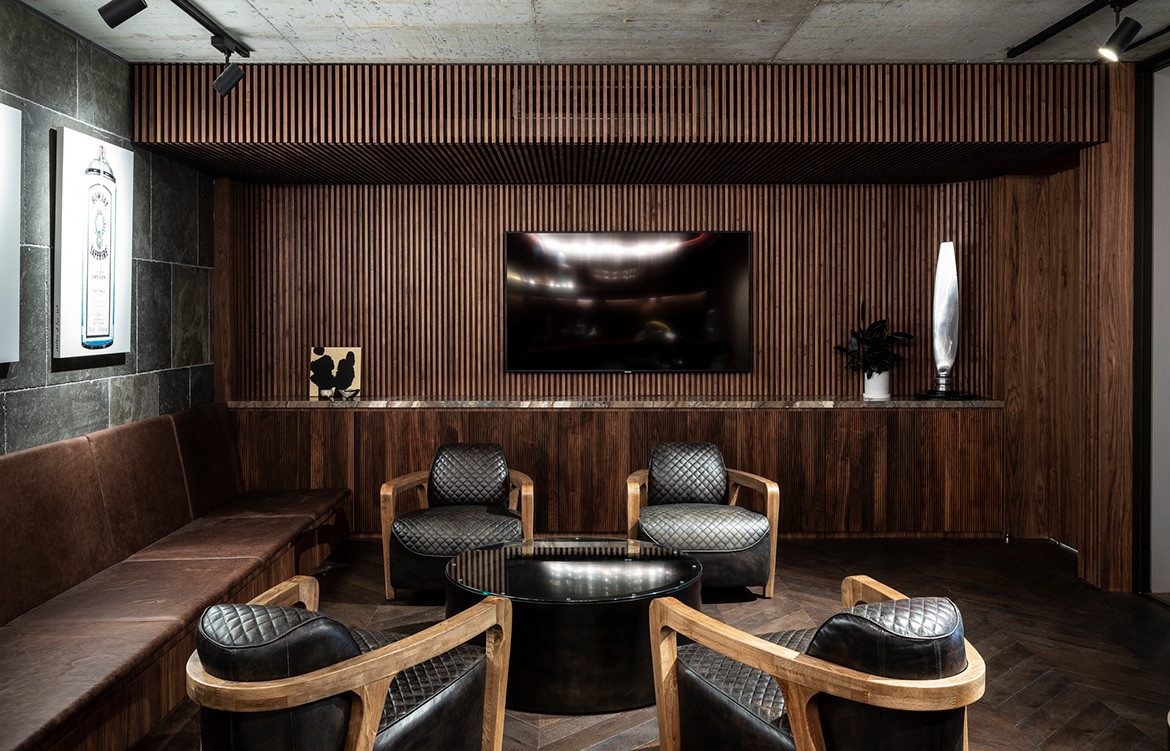 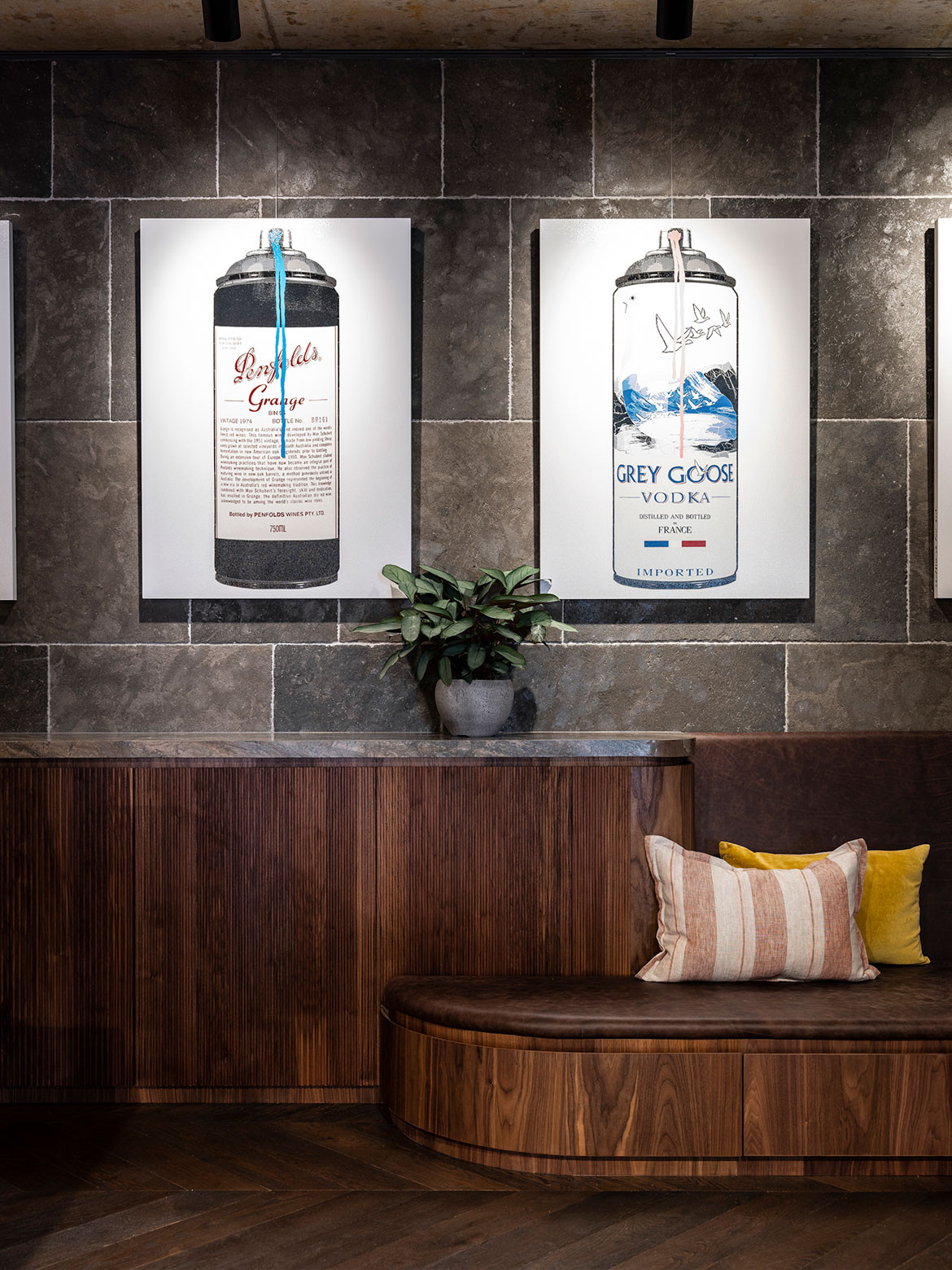 While this well-appointed home office is unique, with its cathedral ceilings reaching up to five metres in height, there are a number of basic principles that create an idyllic home office. “It’s a space that you want to be in, not just because you’re told that it’s not the right time to return to the office,” says Hanson, who suggests this space should, if possible, include a seating area to offer another environment from which to work. “This space should also be acoustically separated from the rest of the house. Here, we’ve included acoustic batts in the walls and pressure-sealed all the doors to ensure sound doesn’t escape.”

In the past, home offices were not often discussed in the initial briefing for a new home. Sometimes, there was the need for a small amount of space near a kitchen that could easily be screened when not being used. However, with the arrival of COVID-19, the home office has come to the fore or as Hanson says, “moved up the wish list”. “People are looking for a dedicated space in their homes, particularly those who have young children.” 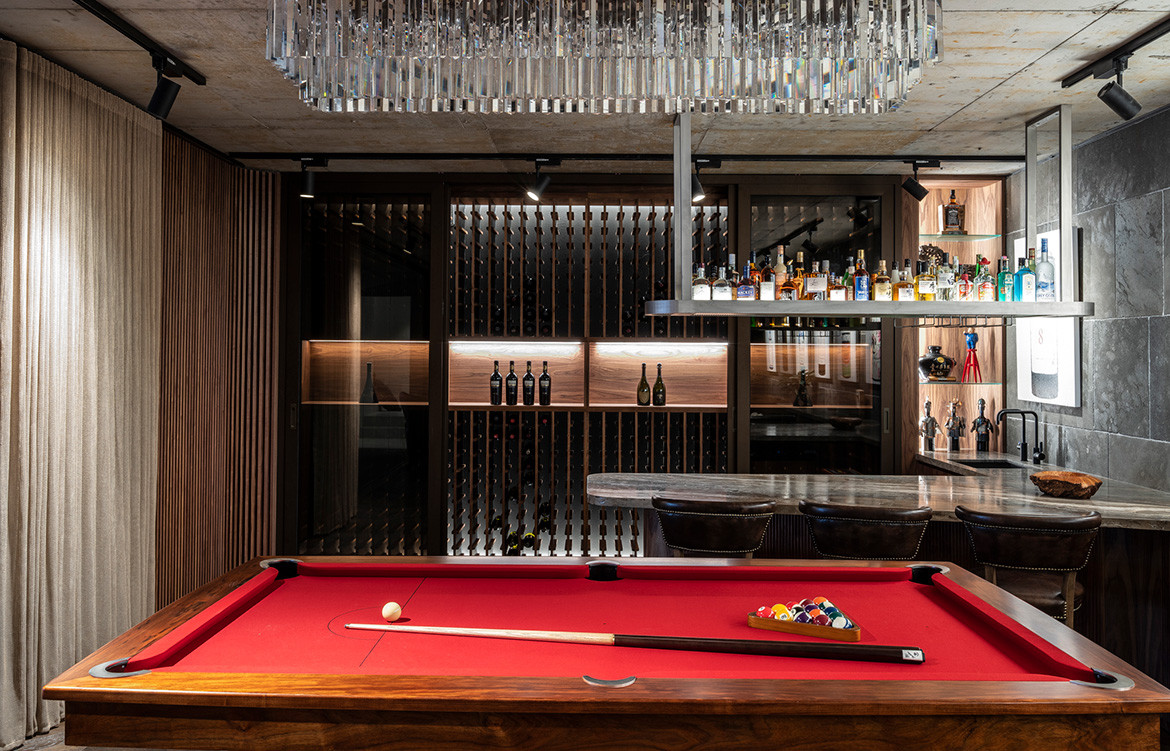 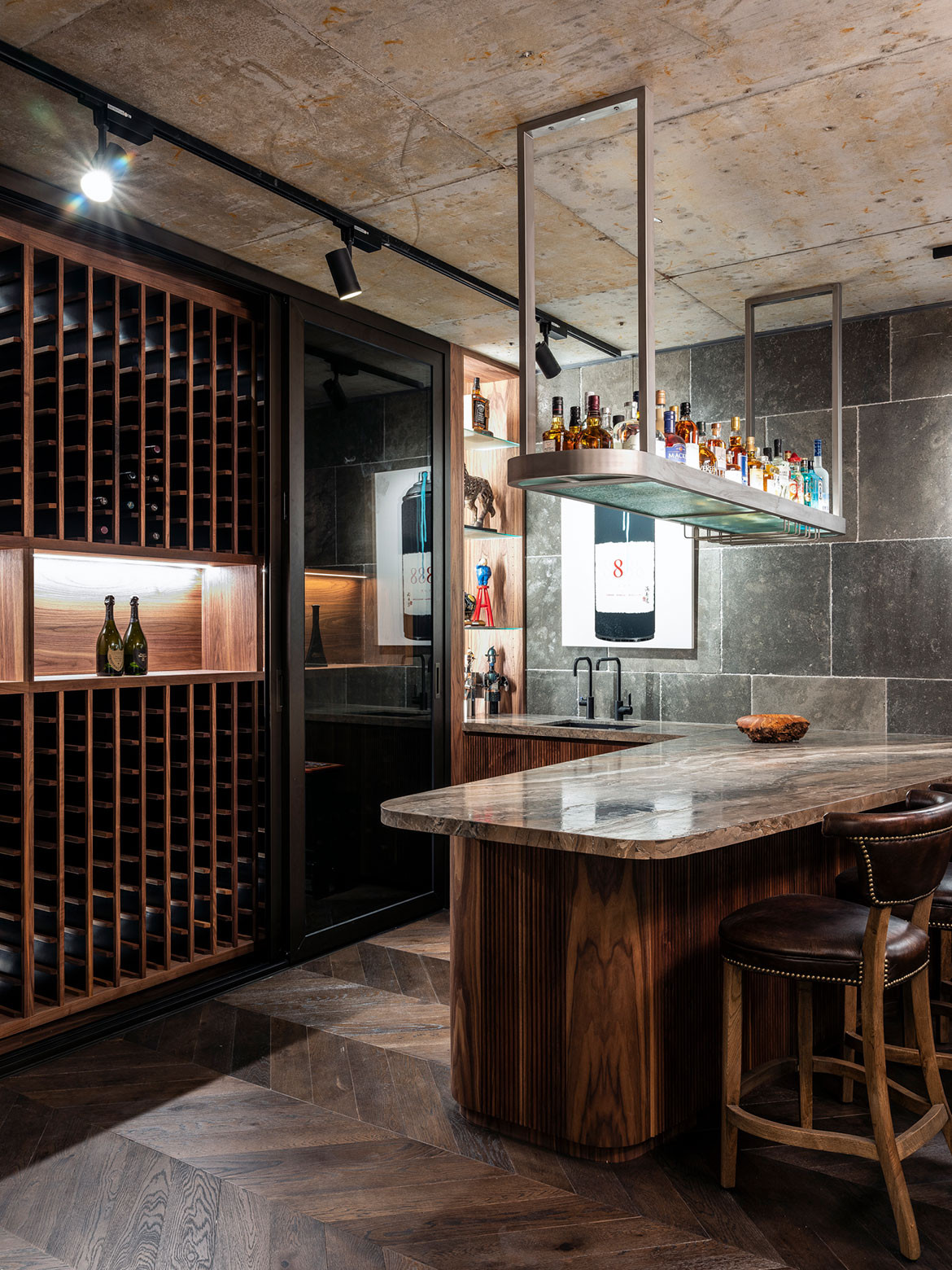 In the case of the Bellevue Hill House, the owner now works 90 per cent from home and the remainder from what was previously his main office: a 300-square-metre area comprising two rooms with unrivalled views of Sydney Harbour. “There are still face-to- face meetings, but here there’s the convenience of working from home, and importantly, enjoying every part of the house, be it for work or pleasure,” says Hanson. “It’s also part of the family’s culture to combine work and home life. With COVID-19, that culture is now integral to most of us.” 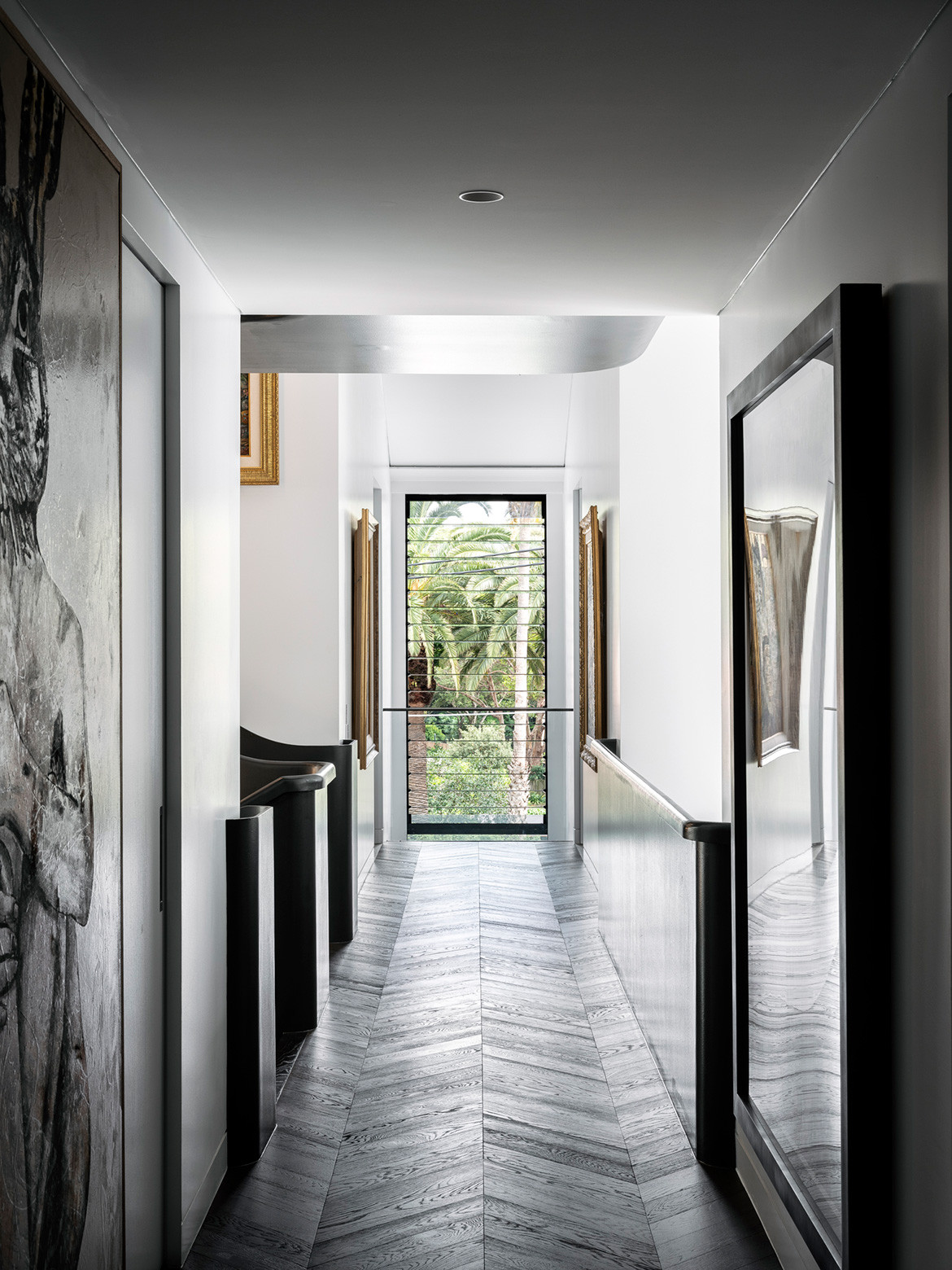 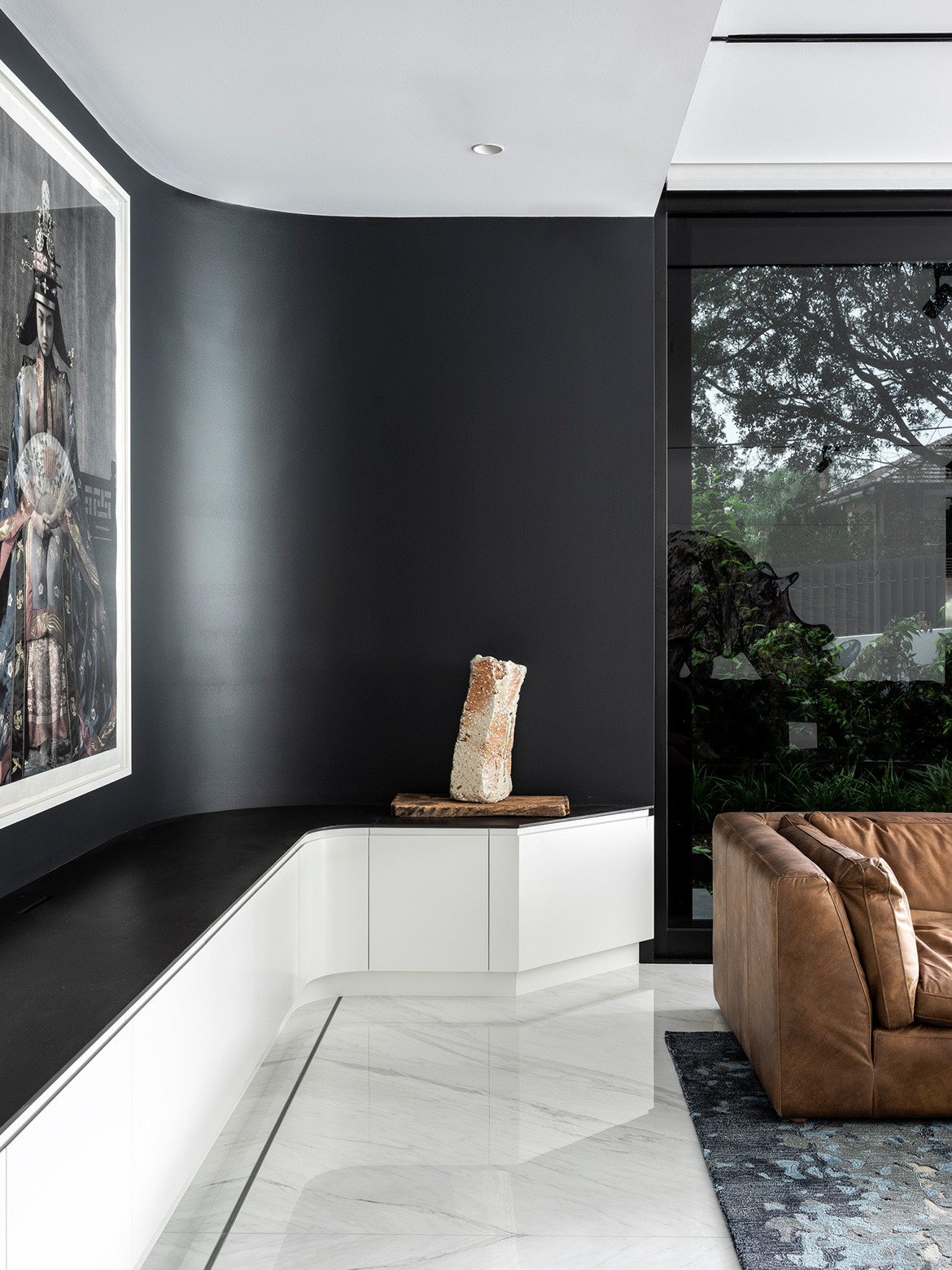 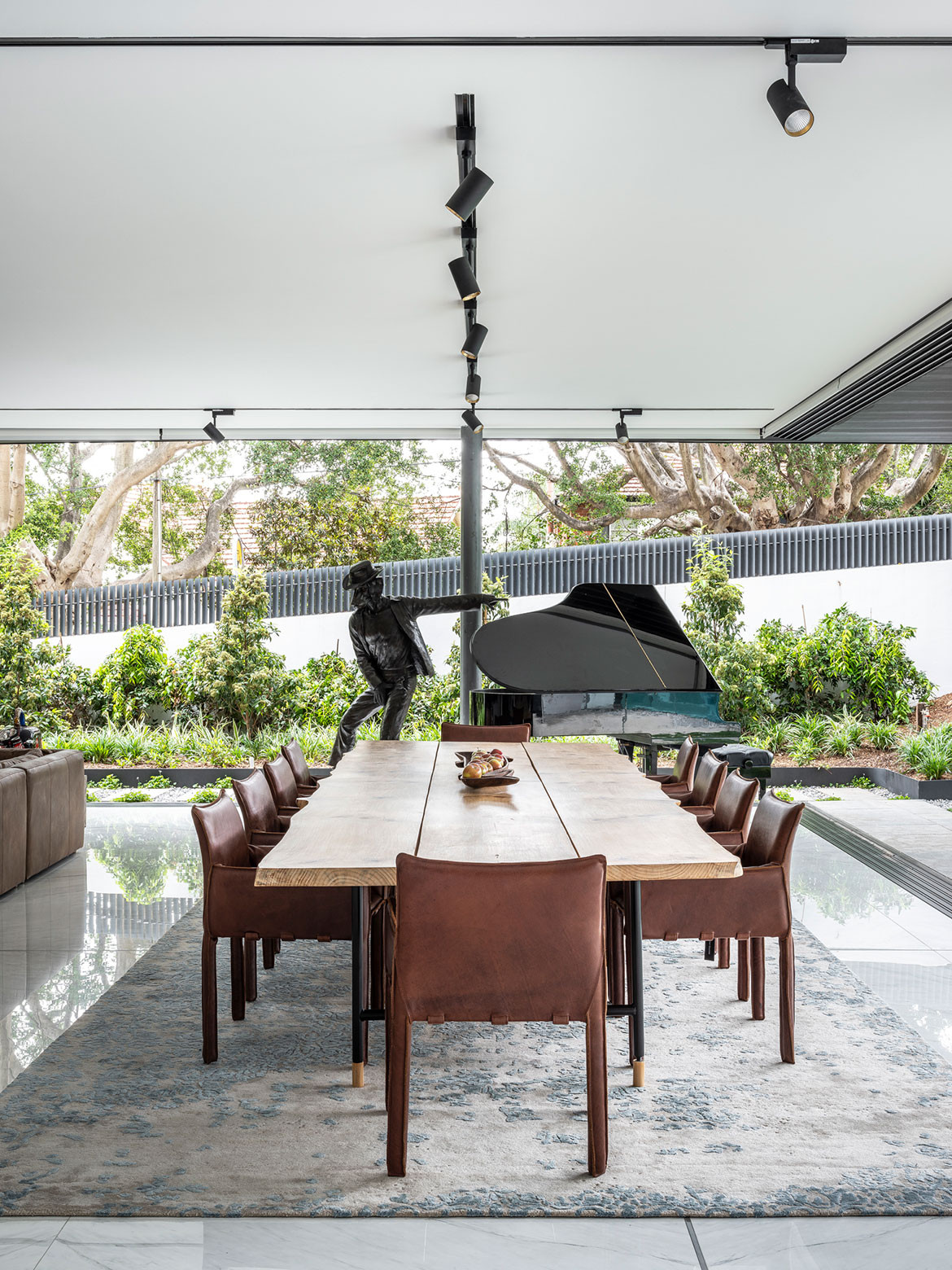 [The client] enjoys sitting at the dining table, after dishes have been cleared, and spreads his work across the table.” 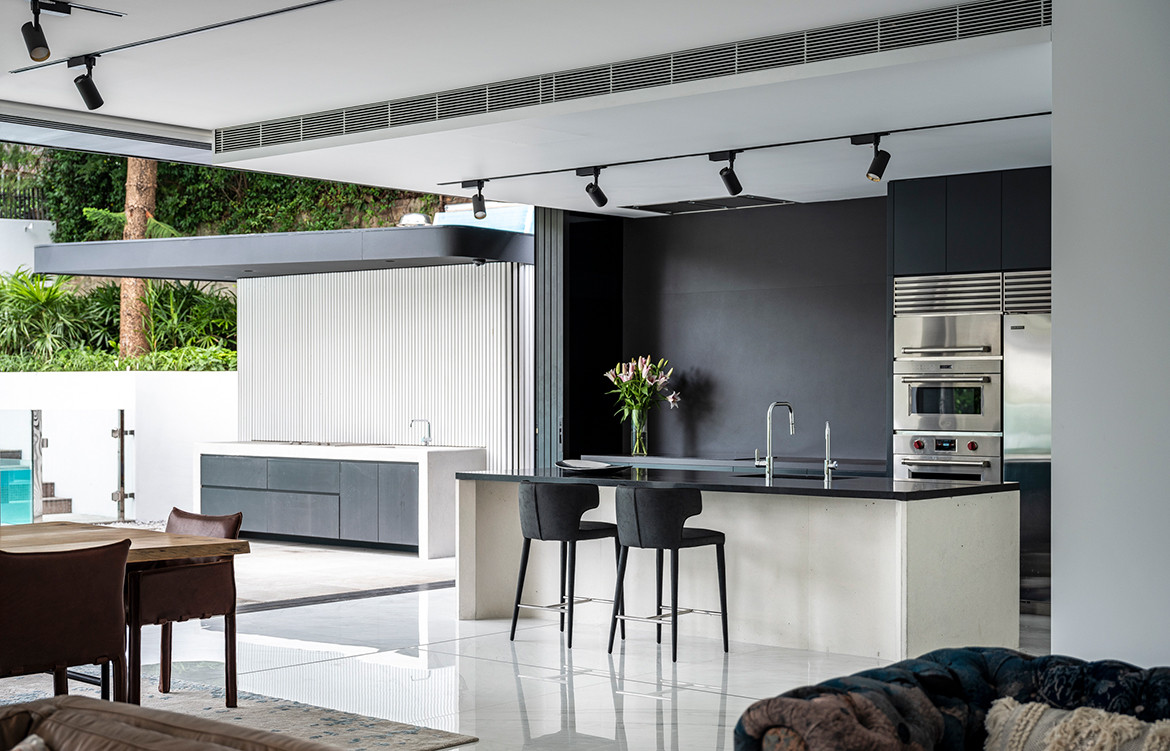 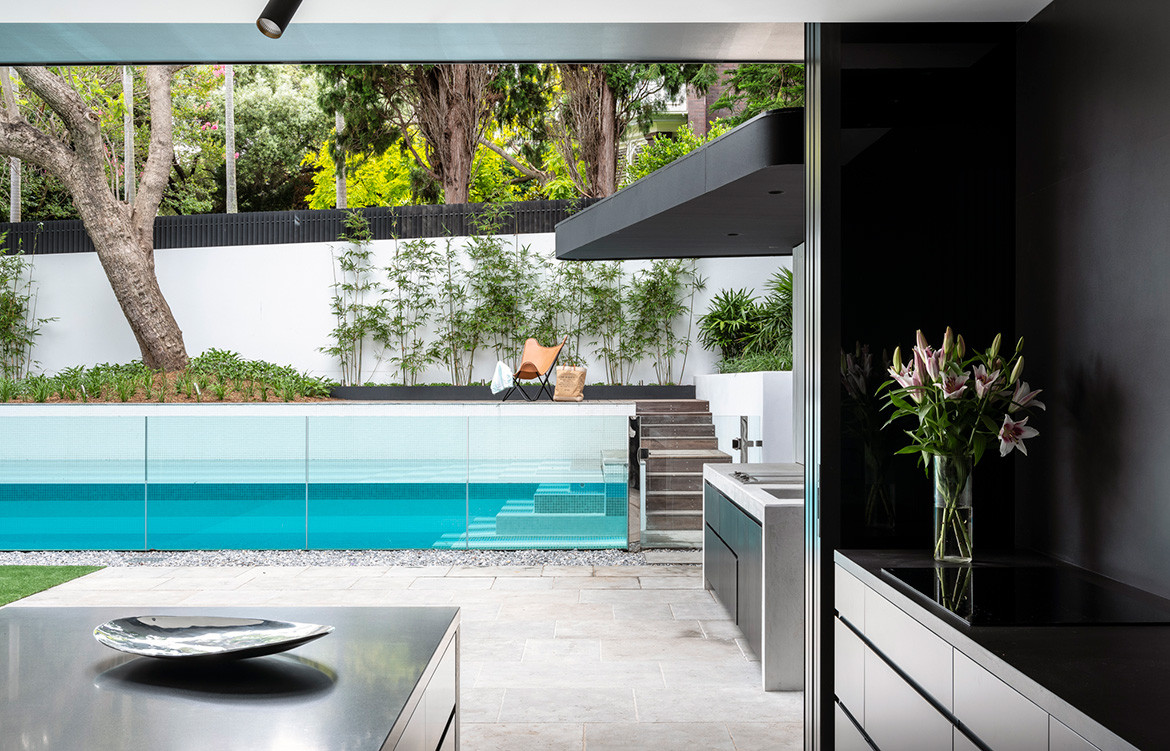 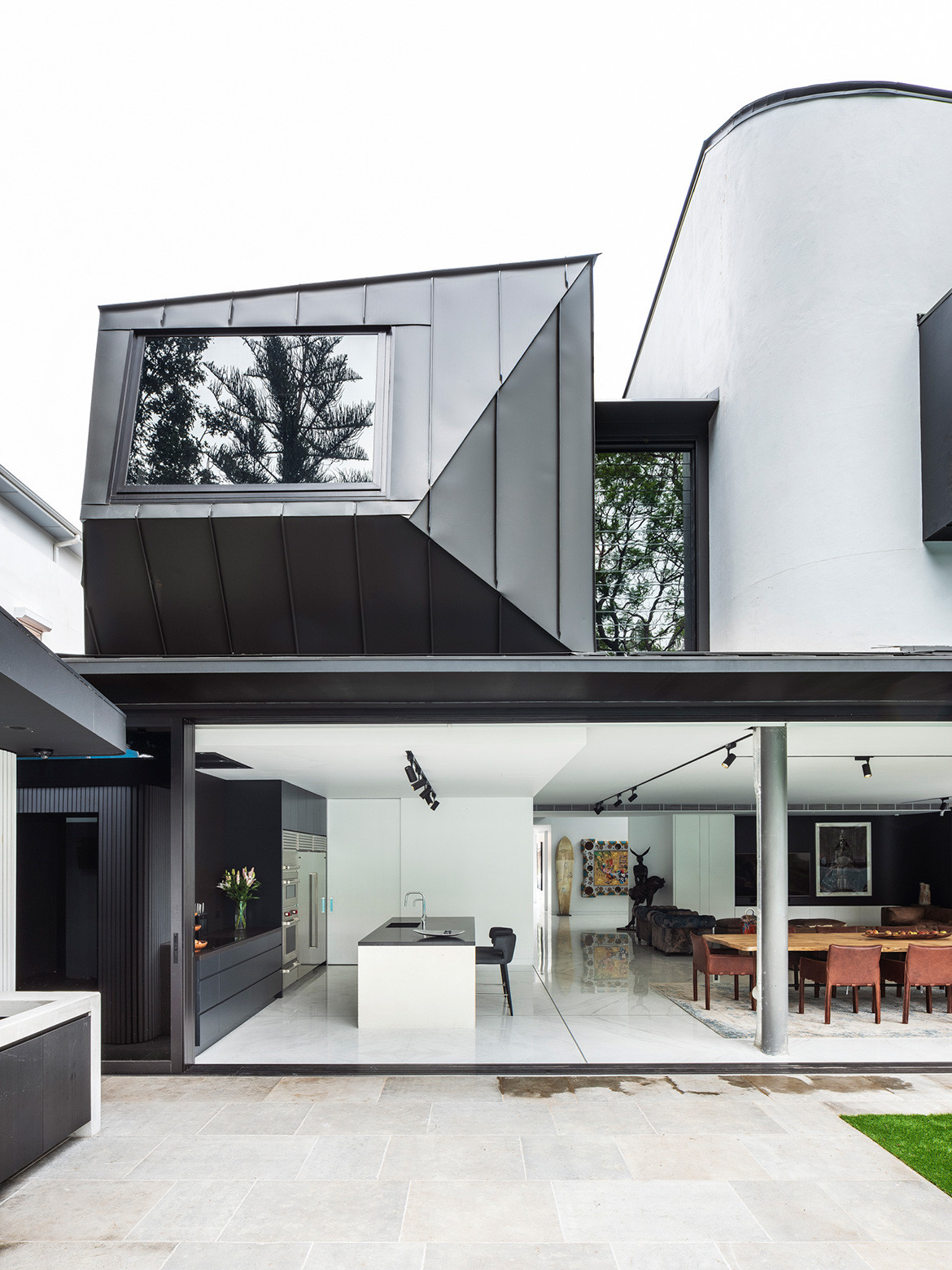 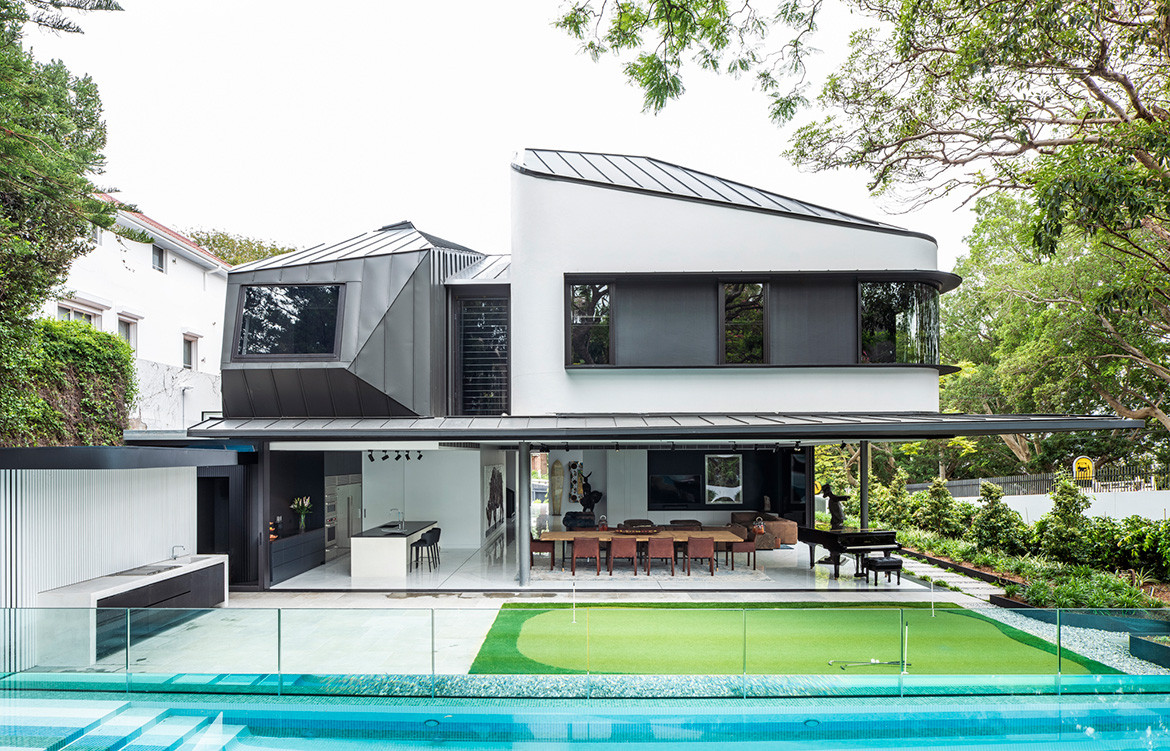 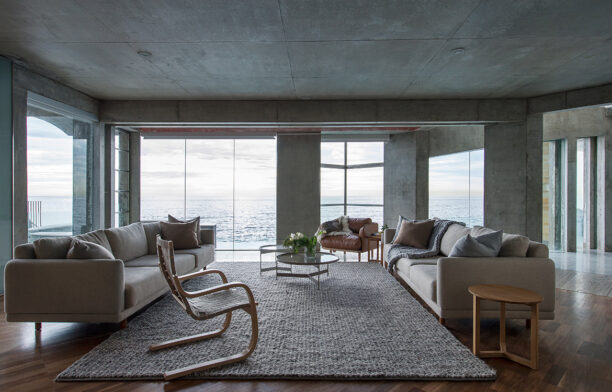 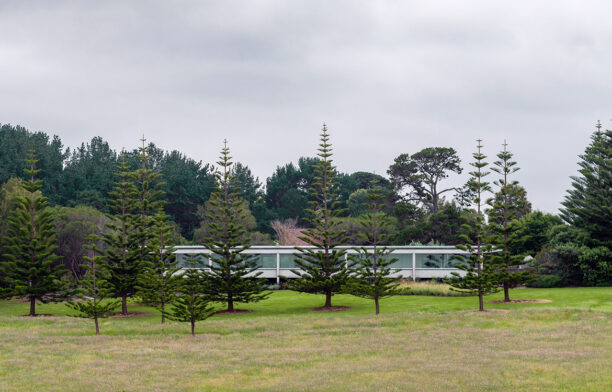 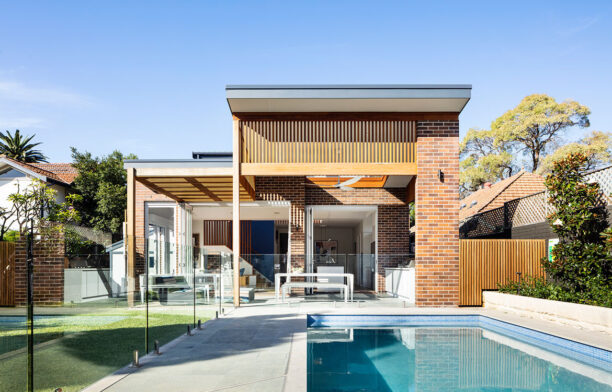 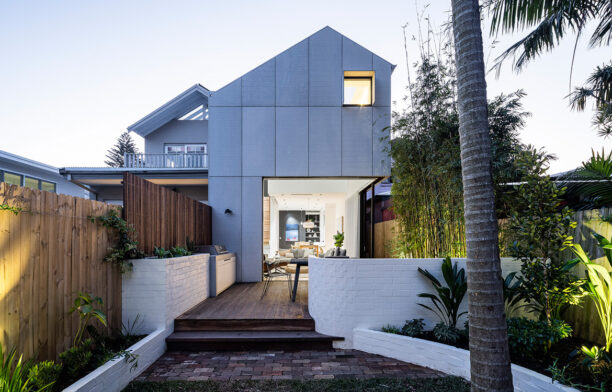 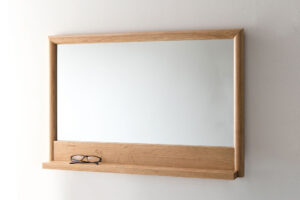