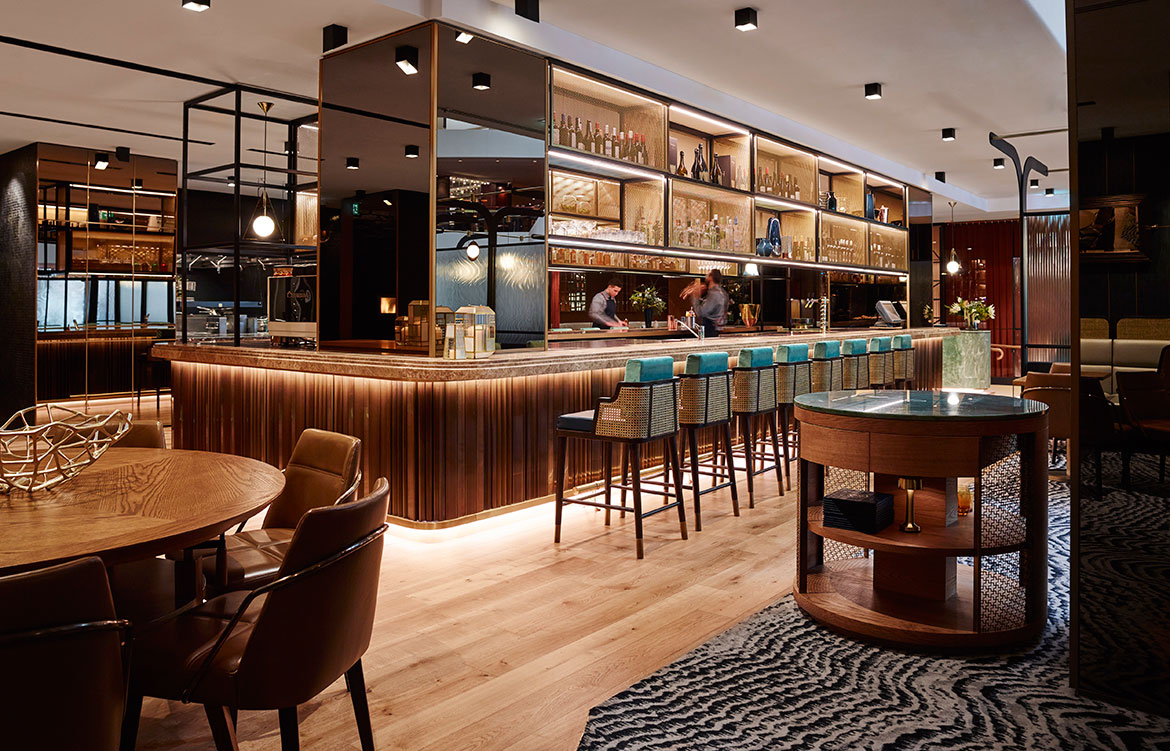 When traveling in an age of AirBnB and low-key ‘just like the locals’ living, the places where we rest our head might seem secondary. But the mighty Hotel, grand and glamorous, was once considered an incredible experience of luxury in and of itself. And not only to tourists, the Hiltons, InterContinentals and Ritzs were grandiose palaces in town, offering a silver service spread and a look in to a lavish lifestyle.

“The restaurant in a hotel was something special,” says Rachel Luchetti, one half of architecture and interior design firm Luchetti Krelle. “I remember when I was growing up, it was a big deal. We would go for our birthdays, we would go for big breakfasts, and that was something that I did with my grandparents. It was a sense of occasion, something that you would dress up for.”

Rachel headed the recent revamp of the Four Seasons Hotel’s dining space, MODE Kitchen & Bar, in Sydney. For the past few years, the dining space has moved through various fit-outs, each offering a unique take on the image and function of a hotel.

When Luchetti Krelle were bestowed to construct the current space, Rachel first looked back to the historical hotel and hotel restaurant, examining the experience of guests in a more vintage time as well as into the modern day. Her designs sought to return to the enduring connotations of glamour that come with the Four Seasons brand and reinstate the romance of the hotel. 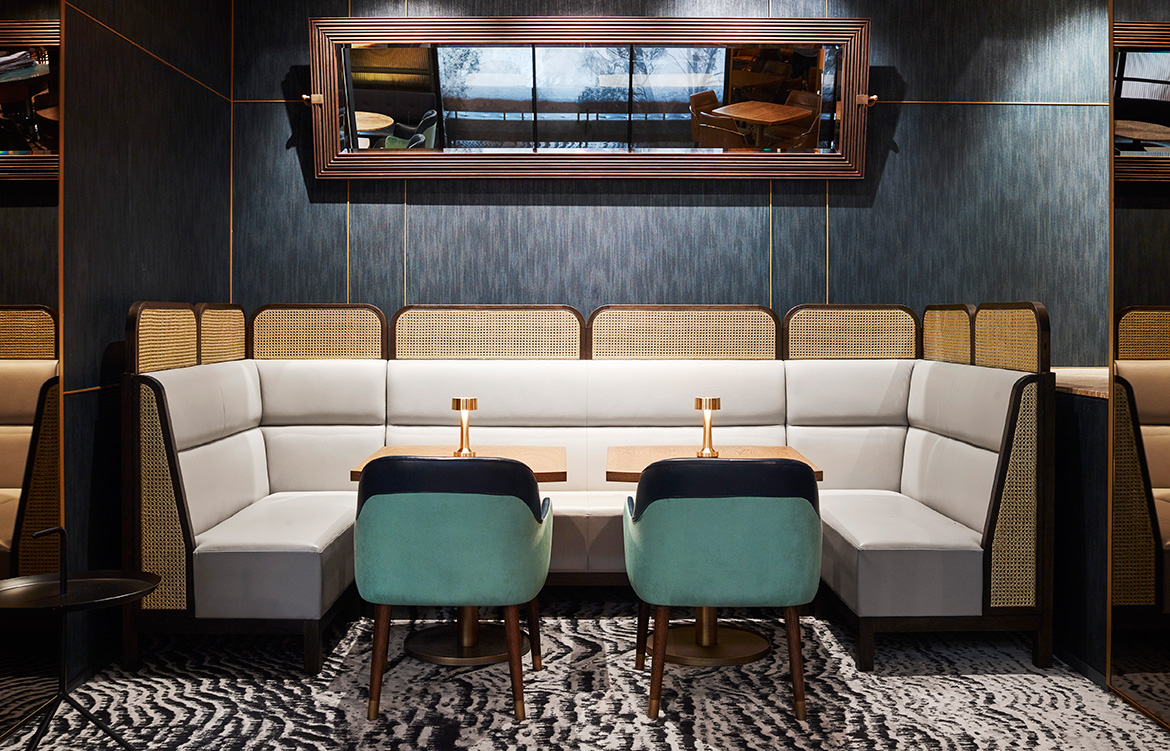 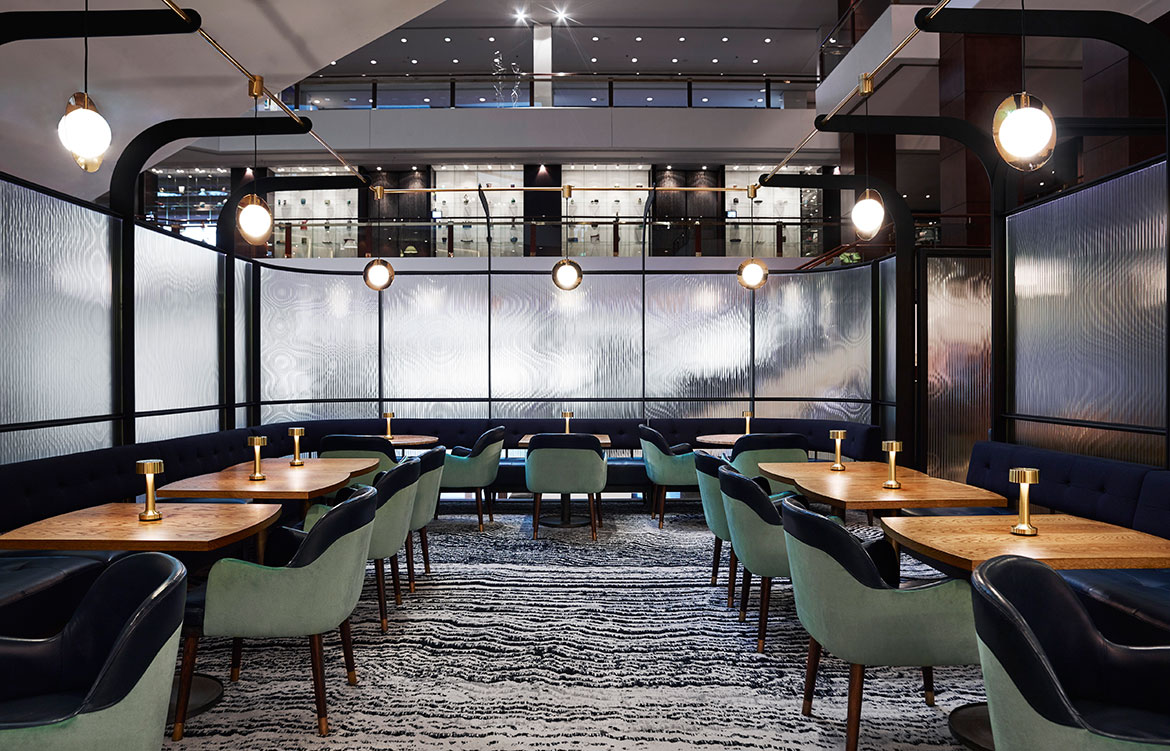 “It’s more about the image of the Four Seasons, the brand that they have created globally,” says Rachel. “ It was about doing something that would be timeless, that would have longevity.”

“I obviously looked back to the [Four Seasons] in New York where they have trees inside, and that was a really timeless design for them.” Rachel alluded to this within MODE, incorporating a tree motif that was designed in-house, and connected the space to the larger hotel brand in a classic and sophisticated way.

Despite being guided by an overtly luxurious aesthetic, Rachel grounded the design firstly as an open space, inviting in neighbours seeking breakfast and out-of-towners in need of a late, jetlagged bite to eat.

“It should be somewhere that welcomes people in rather that making them feel like they’re not welcome because they’re not a guest,” says Rachel. “It should have a sense of luxe without feeling too fancy.” 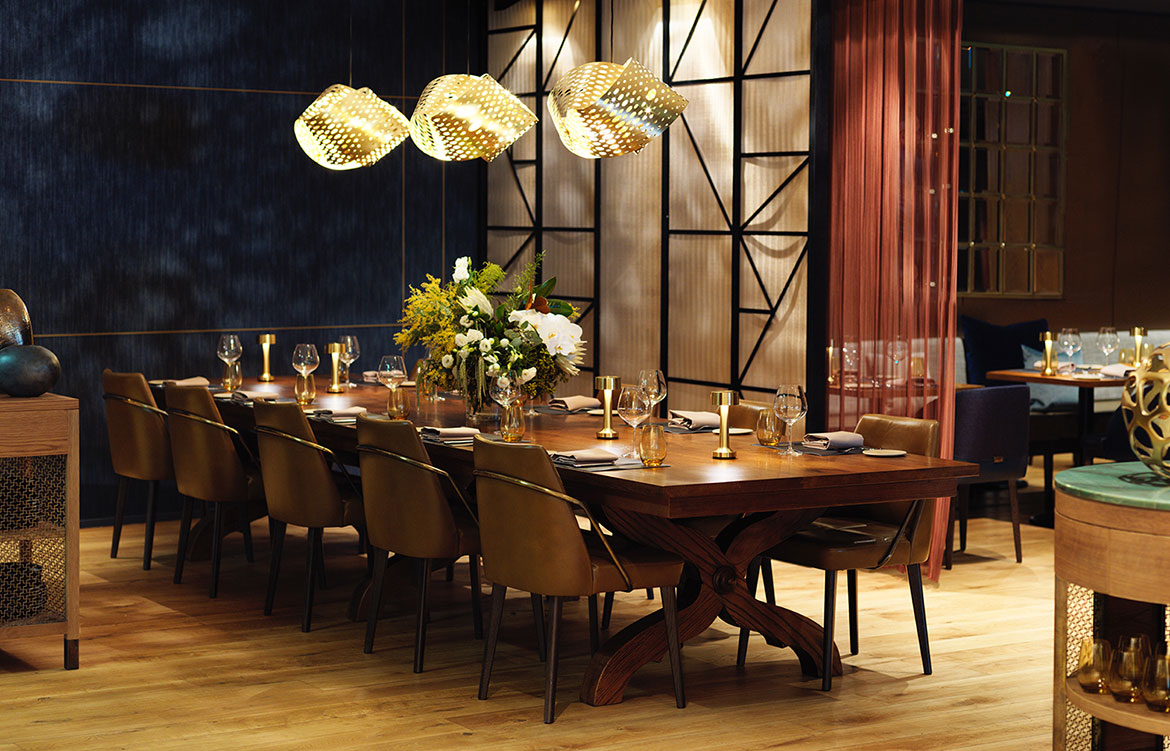 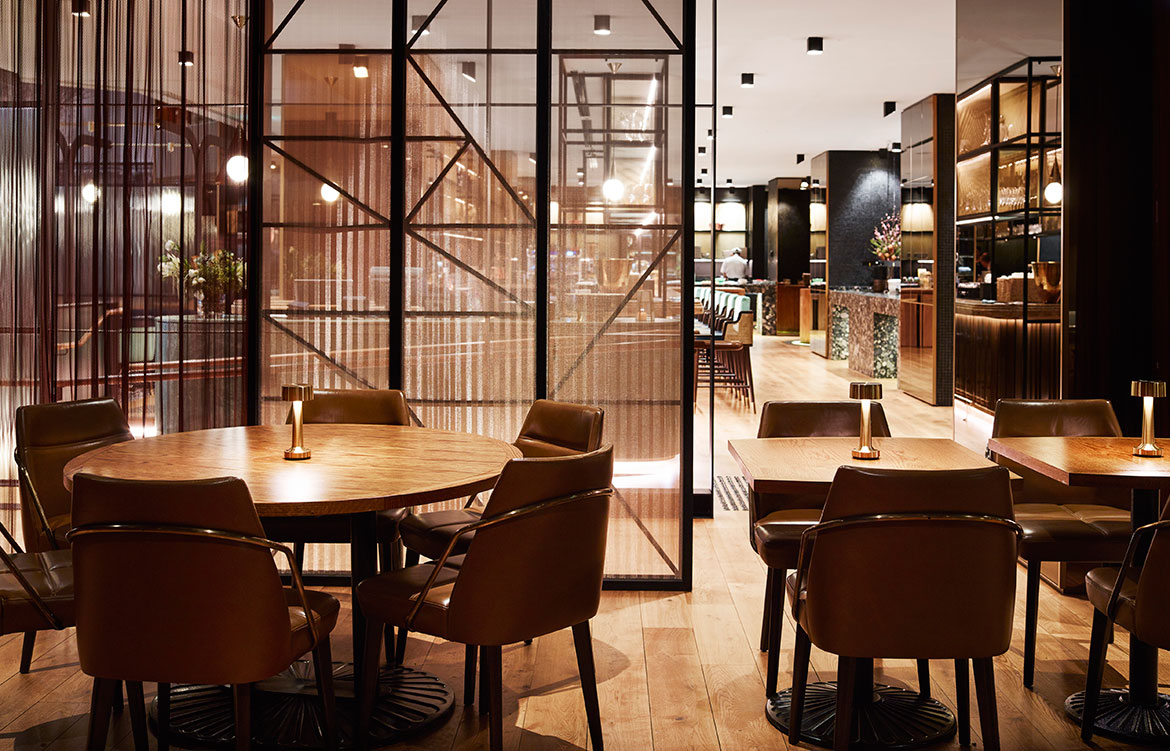 Rachel and her team enjoyed a great amount of freedom in their design. “They didn’t really say ‘hey, this and this has to stay’, it was more like, ‘this is the budget so be clever about what you do’,” recalls Rachel. “It’s so nice to be trusted and, you know, allowed to do our job.”

Rachel enlisted the help of a tried and tested furniture maker who she had worked with many times previously. Custom furnishings give MODE a unique character to bring the new design concept to life.

“We try and find things off the shelf and there’s just something not quite right about it, so we do a bit of prototyping” says Rachel. “Otherwise it gets a bit boring, everyone’s seen it on Pinterest.”

A custom Island bar stands proud, boasting continental breakfast in the morning and cocktails in the evening. The low, exposed nature of the bar breaks down the physical barrier between the bartender and the guests, and aligns with the open view kitchen, establishing a more casual feel with a sense of theatre.

A great hotel offers an experience of cosmopolitan luxury that has been enjoyed from generation to generation. MODE, in the Four Seasons, perfectly constructs this, offering grandeur that is not intimidating to the modern, more casual, guest. 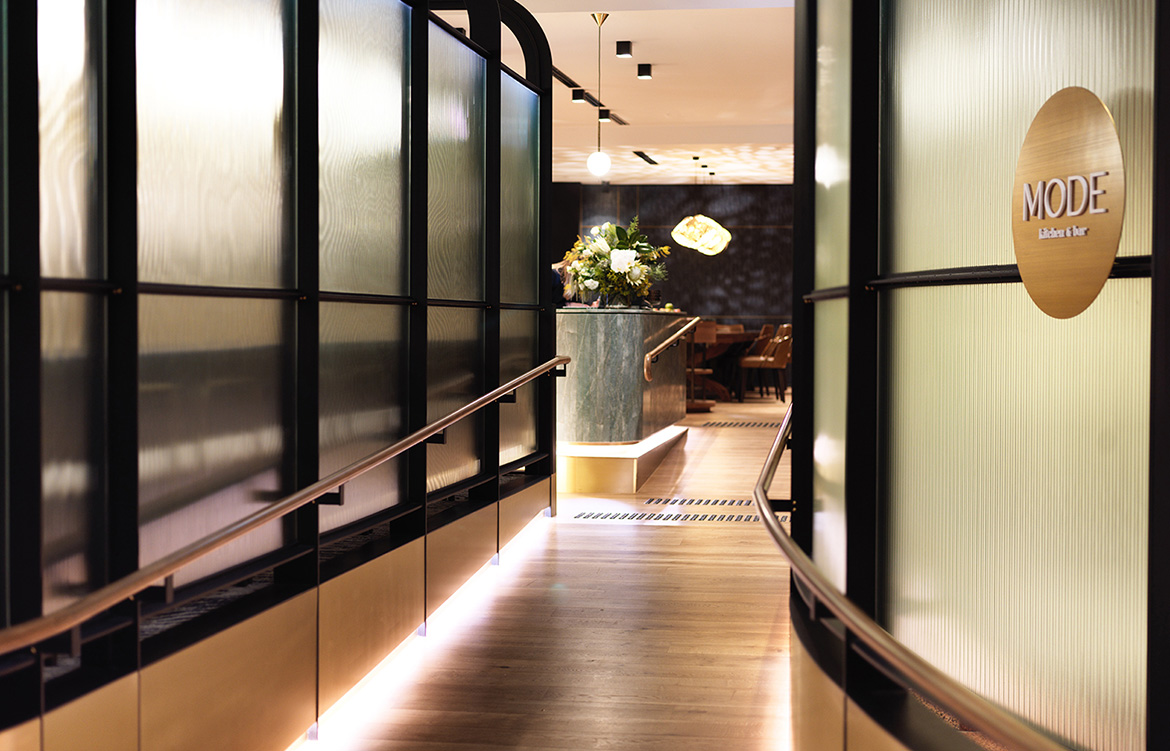 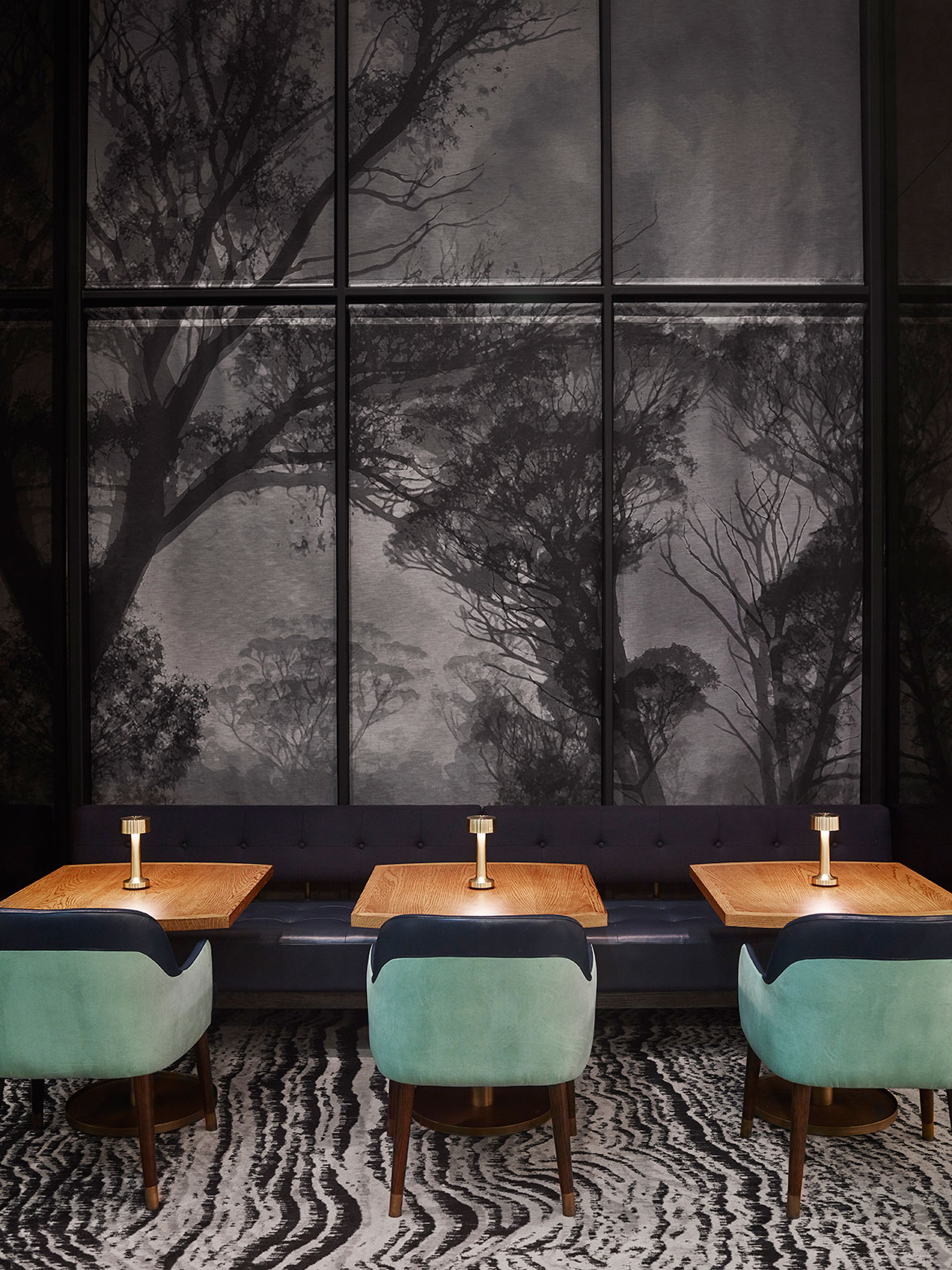 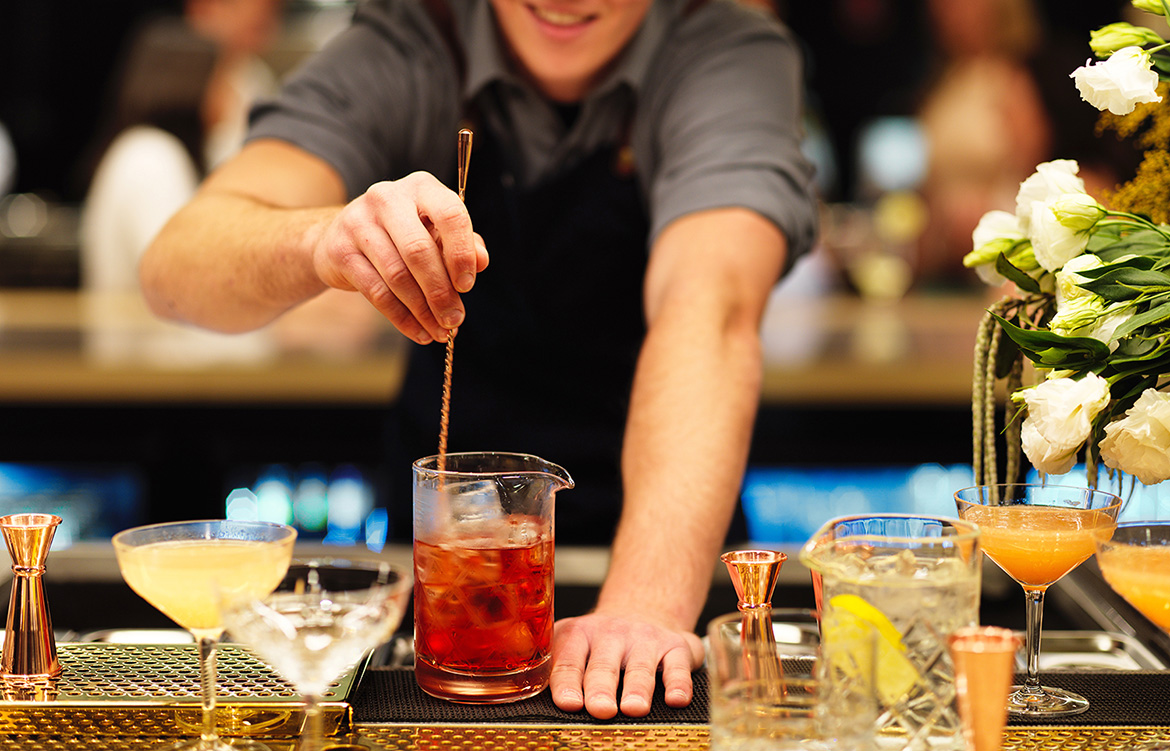 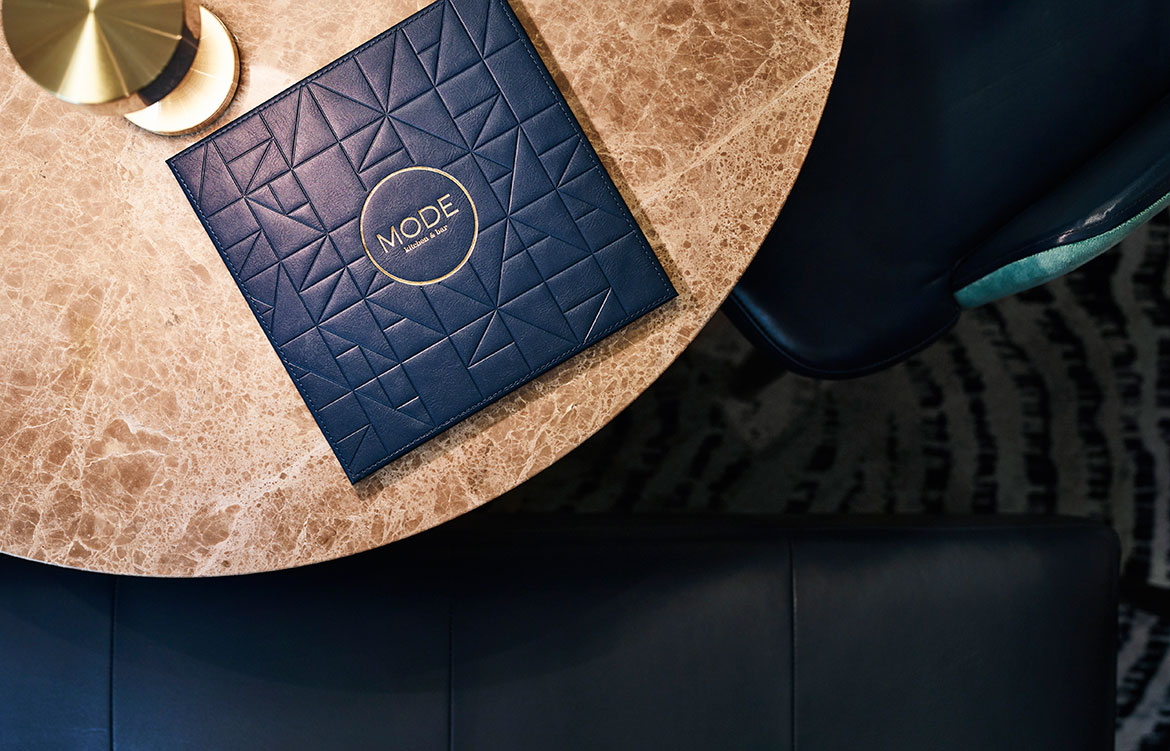 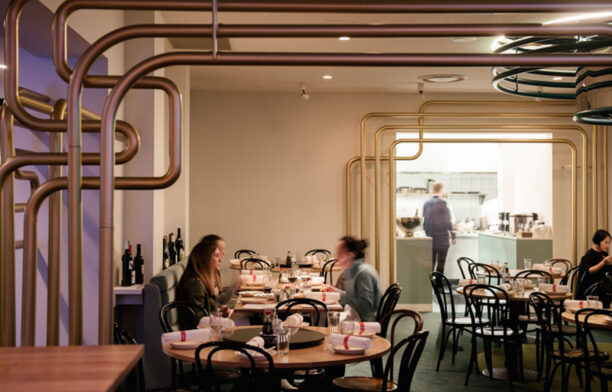 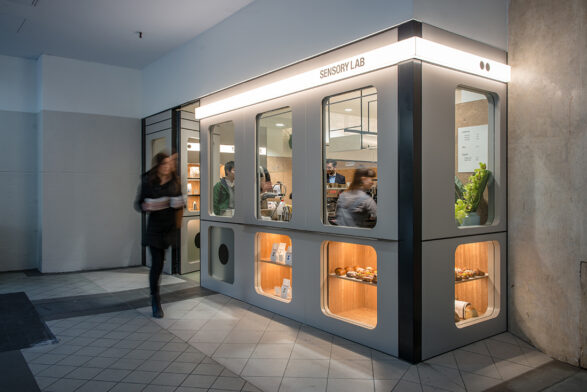 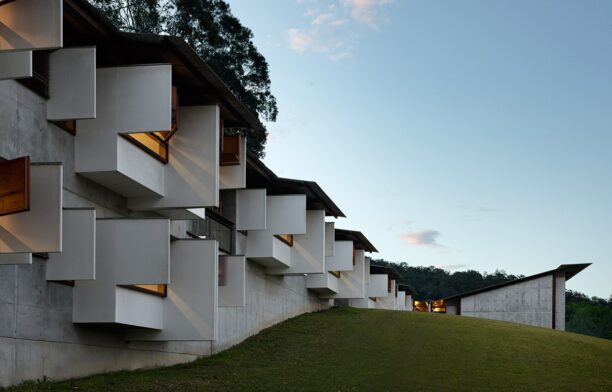 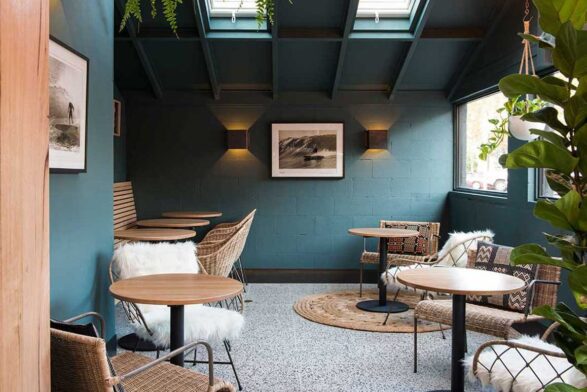 A Hotel Inspired By The Modern Nomad 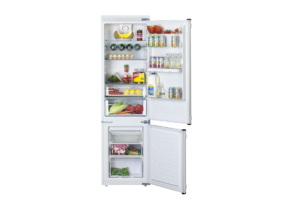 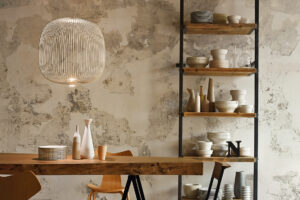 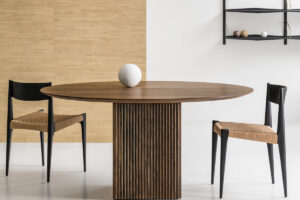 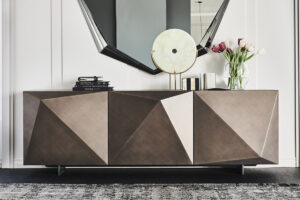