Are Prefabs The Future Of Home Extensions?

What Makes An Interior Enterta..

Are Prefabs The Future Of Home Extensions? 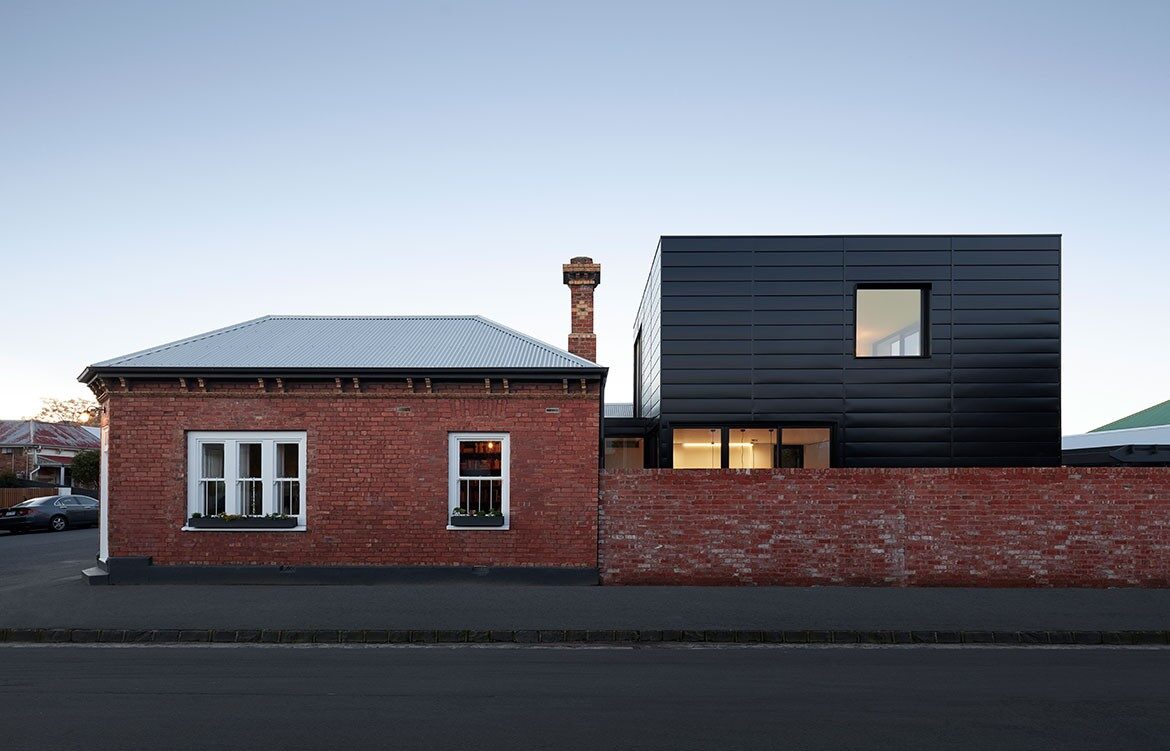 The three-month construction of a striking light-filled extension, adjoined to a terrace in Melbourne’s Brunswick, proves not all good things take time.

A lot of things can be achieved in 12 weeks. Creating a sustainable, contemporary extension with an open-plan kitchen, living and dining area and a master suite is usually not one of them. Though design firm and construction company Modscape have done just that, constructing an elegant, light-filled space which acts as a striking complement to the preexisting property – in three short months.

When Scott and his partner Dan first purchased their Brunswick home, the double-fronted terrace was unlivable. Renovating the four existing rooms themselves, the duo looked to Modscape to design and build an extension that would reflect the pair’s minimalist style, make a bold new statement, and be finished in twelve weeks’ time. Quite the task.

As custom builders of sustainable modular homes, projects with a quick turnaround are nothing new to Modscape’s team, though this rigid brief was to test their convenient-build approach.

“[The couple sought]… a design that doesn’t try to mimic the existing architectural style in an unauthentic manner, but one that stands independently, while remaining respectful and sympathetic to the surrounding streetscape,” says Jan Gyrn, Managing Director of Modscape. With the property’s corner block setting in mind, the geometric modular features sharp lines and floor-to-ceiling glass windows. Peeking above the brick home, the glossy black extension was designed to be seen, and be powerfully different from its predecessor. A glass link corridor connects the builds. Side by side, the two architectural styles are an intriguing antithesis of old and new for onlookers below.

Height played its part in the interiors too. Tall ceilings allowed for one of the space’s most striking design features: an Enzie spiral staircase. A modern take on an age-old style, the stark white staircase leads to the couple’s mezzanine master suite. Here, a window puts Melbourne’s skyline on show – the statement black window frame gives the illusion of the city views as being just another picture on the wall.

What is no illusion is the calming effect of the space, an atmosphere aided by Scott and Dan’s eye for interiors. Tactile timbers and stone floors are coupled with stretches of glass, while white walls and joinery provide a natural canvas for the pair’s minimal furniture to shine. The open-plan living space draws the eye to the landscaped garden and pool outside, which were also completed alongside the extension. “Speed of construction and certainty of timeframes were important to the clients,” says Jan

While Modscape crafted the extension in their factory, landscape construction and renovations to the terrace home were in full swing. By the time the team at Modscape were assembling the extension on-site – a process which took just two hours by crane – the rest of the property upgrades were ticking along nicely. Unlike any episodes of Grand Designs that we’ve seen, the owners’ ambitious deadline was met. Dan and Scott were able to move back into their home in 12 weeks.

Swift construction was a priority for Dan and Scott, but as Jan tells it, a build that would be both visionary and harmonious always topped the list. “[They wanted] a clear delineation between the old and the new – to create a modern statement against the existing.”