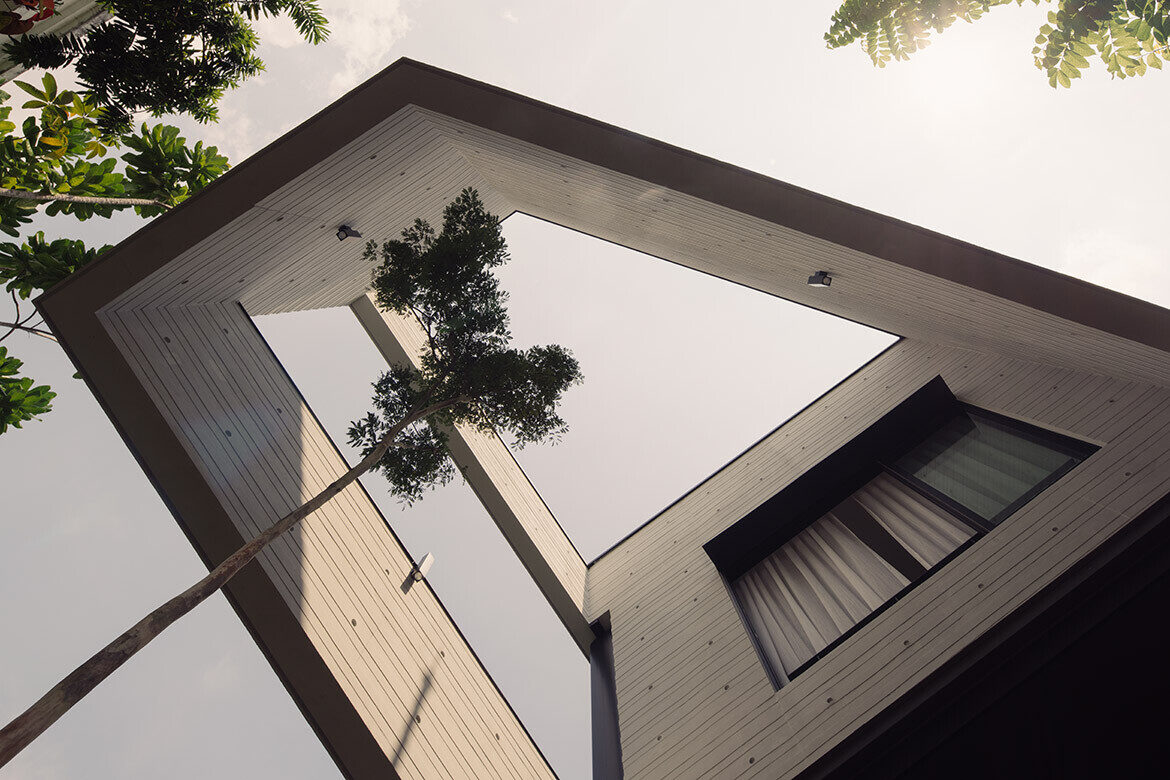 Willam Ng, founder of Studio Wills + Architects, has managed to synthesise a house that projects clarity, simplicity and liveability.

What can an architect do if the homeowner has a penchant for rectilinear blocks and the site is trapezoidal in shape? For Studio Wills + Architects, this brief for a house in Singapore presented a challenge in the form of making and framing views.

The owners live here with their son and daughter. The abovementioned situation was but one of the many issues the firm’s founder William Ng encountered. Firstly, the building was required to set back seven and a half metres from the front length of the site. An amount that drastically limited the buildable areas.

The programmatic brief was also a full one. The owner wanted car parking for six cars, a basement entertainment room, mid-century modern aesthetics, off-form concrete, bricks and window louvres similar to their previous house in Malaysia.

The resulting massing is a trio of stacked forms: a glass box, a concrete band that stretches over the former to provide shelter, and a pavilion-like steel box. The middle band employs visual trickery to achieve the desired boxy appearance.

It looks like a rectangle upfront but is chamfered at one edge to the rear. Ng cut a vertical void through to create a triangulated form. He describes this as “contextualising the otherwise ubiquitous modernist box for an odd-shaped plot”.

The corner frames a patio on the first storey and becomes a privacy wall for the study room on the second storey. Louvres across its length mitigate the weather.

To minimise excavation and reduce the look of a bulky house that sits on land raised 1.5 metres, Ng positioned spaces that did not require views and daylight in the basement. These comprise the garage, den and serviced areas.

On the first storey, the ample setback has become a treasured garden space. “The lawn is a foreground to appreciate the architecture of the house, a buffer from the road and immediate neighbours across the house and is also a space for their pet dog to run about,” says Ng. The fluid living-patio-lawn connection also accommodates frequent gatherings for the extended family.

The mid-century modern aspect comes through in the materiality of natural, rustic materials such as brick, textured and ribbed concrete, and timber. These are strategically employed to define parts of the house.

A single pier wrapped with black-facing bricks contains the vertical circulation, which connects the three horizontal bands like a seam. While the brief was complex, Ng has managed to synthesise a house that projects clarity, simplicity and liveability. 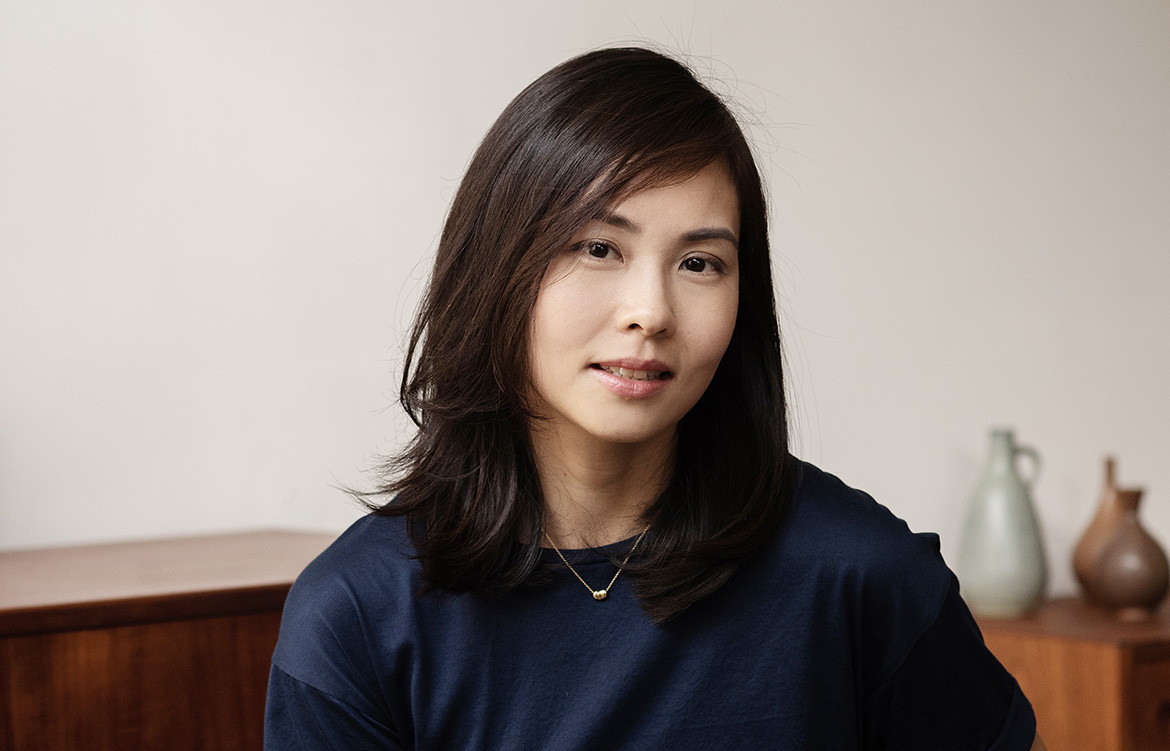 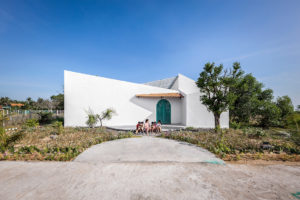 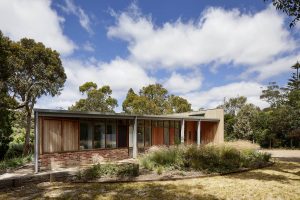