Skulls and tacos - Señoritas b..

The Brick Loft Apartment: a re-invention

The Brick Loft Apartment: a re-invention While a city home has to provide a haven for its occupants, it should also establish itself within a context, rather than being a complete disconnect from its surroundings and, indeed, its history.

This was at the heart of the Brick Loft House in Singapore’s busy, historical Joo Chiat area. “The owners wanted a place that reflected the character of the building and locale,” explains Peter Sim of FARM, the architects of the redeveloped office space. 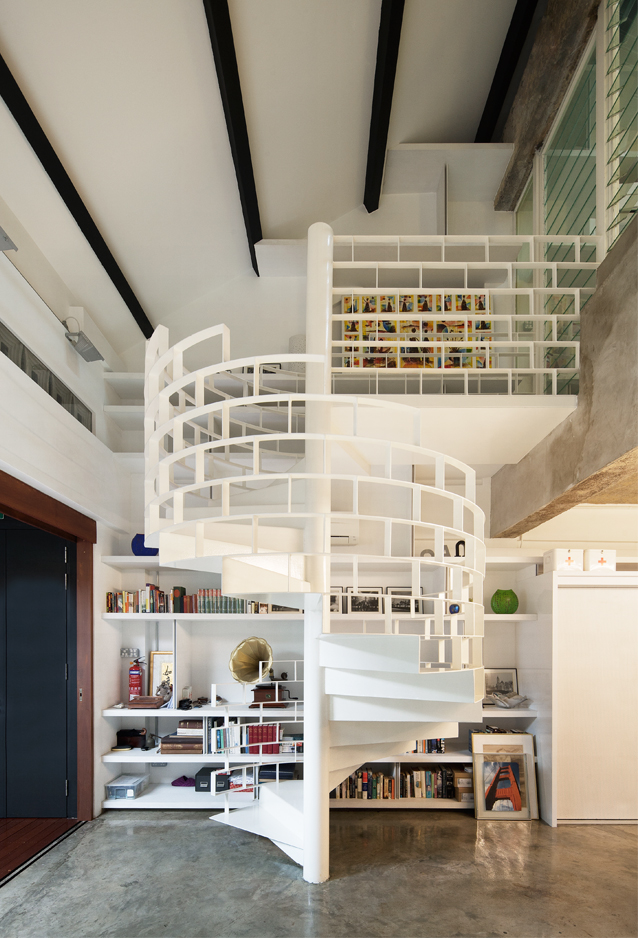 “The Joo Chiat area is one of the older parts of Singapore which has escaped the total clean-up endemic to many historical districts in Singapore. It has an interesting and quirky mix of old and new, grimy and clean,” he says.

Above the karaoke bars, rattan and sundry shops, trendy cafés and art galleries, the apartment is within an old shophouse, previously used as an office. “The original office space was horrible. It was internalised and partitioned up into a series of small windowless rooms with damp mouldy carpets.” 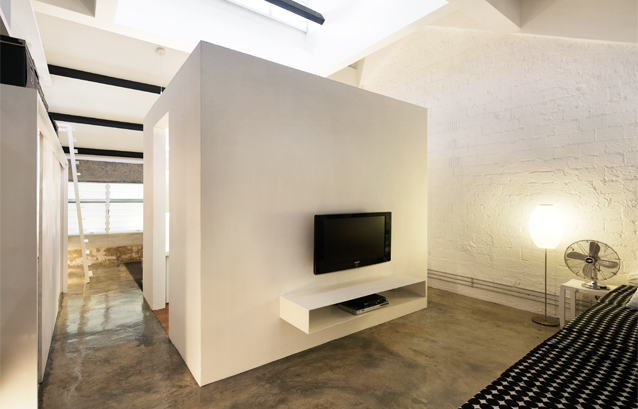 “We stripped away everything except the floors, exposing the original building fabric, which revealed a space that was rather handsome and full of possibilities.”

The open-plan nature of the new design was part of a strategy to bring both airflow and light into the new home, while the addition of an enclosed courtyard creates a feeling of connectedness with the world outside. 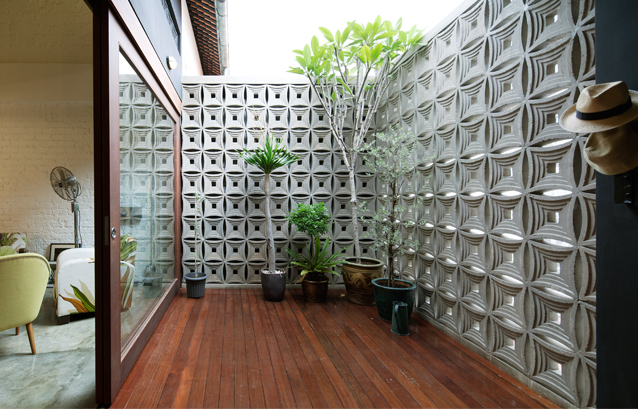 “The courtyard is both a reference to the traditional courtyards of shophouse architecture and a device to create a modern and contemporary outdoor deck to lounge about in.”

Grounding the home in materiality, bricks have been used not only in construction, but as a motif throughout the apartment. “It manifests itself in the original exposed brick walls, the railing of the spiral staircase and the shelving partitions,” Sim says. 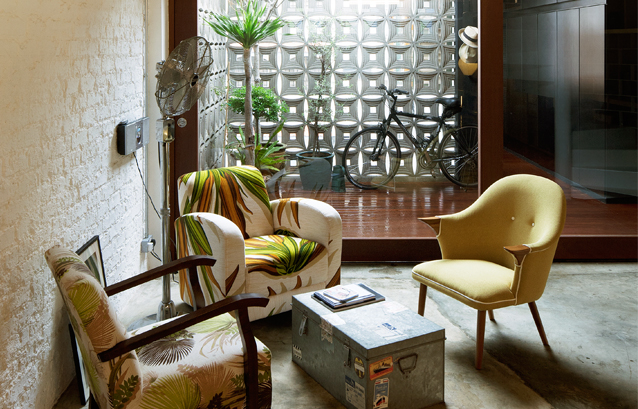 “But there are other features we really like as well. Including the bespoke cement block wall around the external patio in the ‘traditional Chinese coin’ motif; a reinterpretation of the ubiquitous ventilation blocks in historical Singapore architecture.”

The FARM team also wanted to use everyday materials and fittings in new and interesting ways, such as the T5 fluorescent tubes over the main kitchen area, also perhaps alluding to the home’s previous office life. 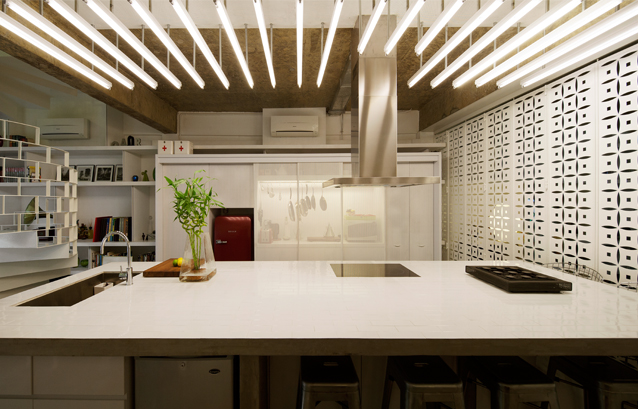 “Invention, and often re-invention, is key to the way we work”, explains Sim of FARM’s approach. “We’re always looking at how to make the familiar new again. The Brick Loft is no different.” 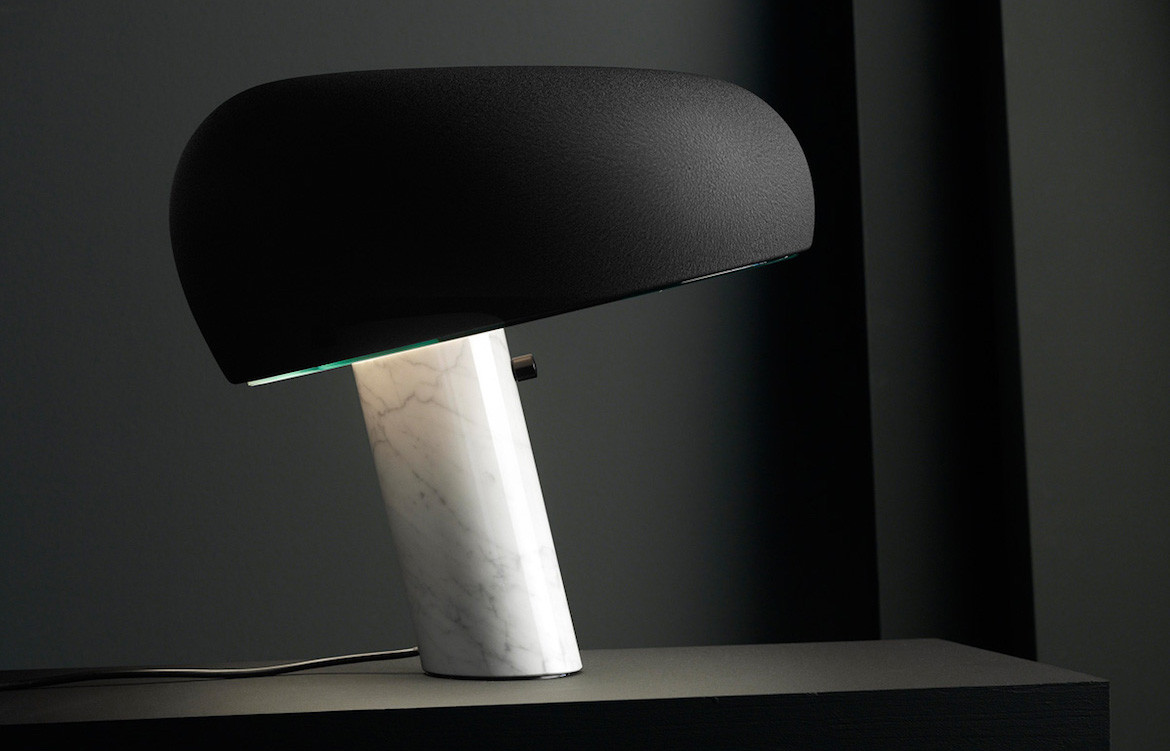 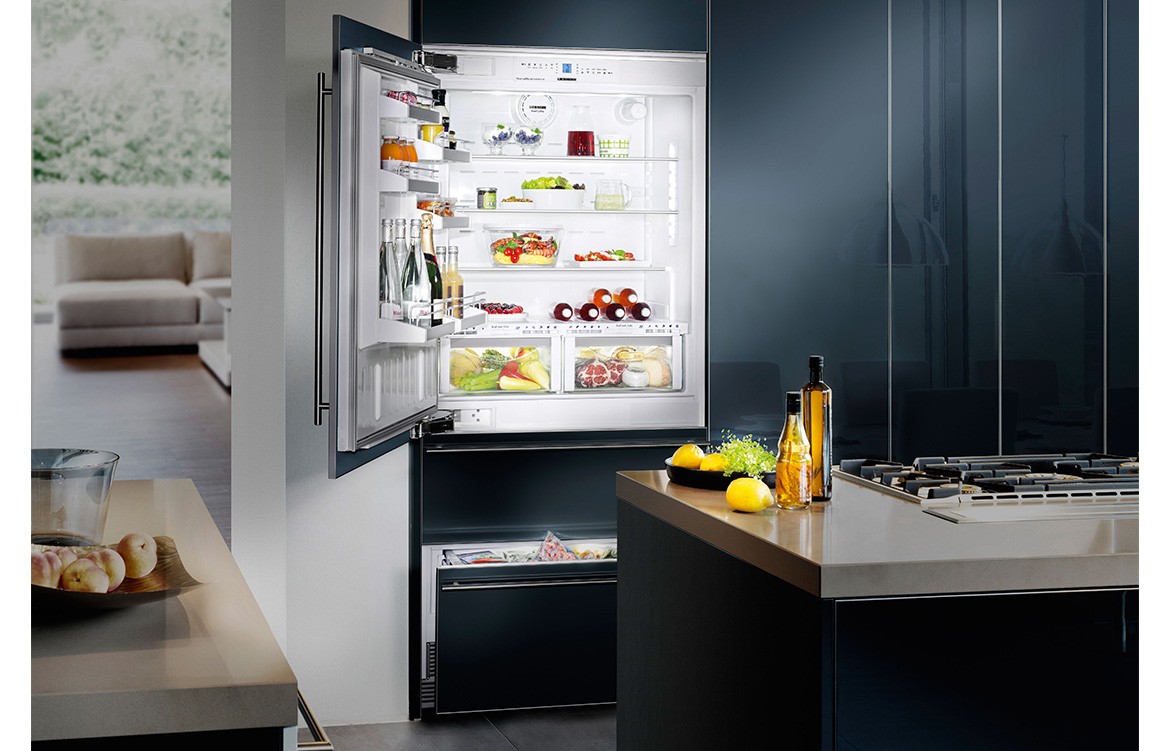 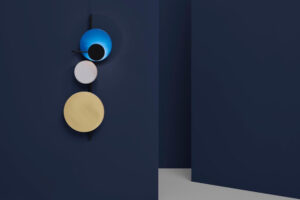 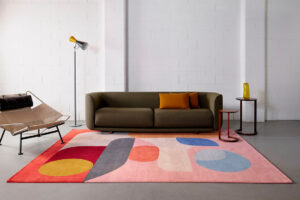