What's In Store For The Busine..

An Urban Cocoon In The Heart Of Hong Kong

An Urban Cocoon In The Heart Of Hong Kong 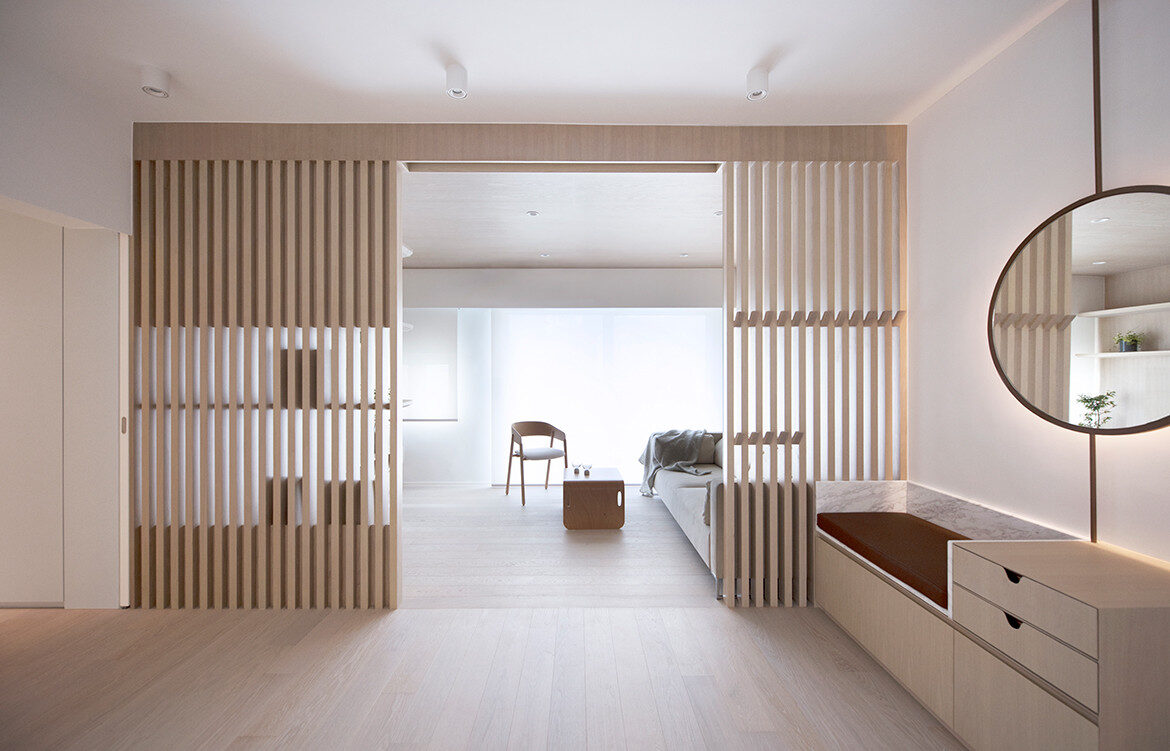 Bean Buro has crafted a 110 square metre apartment interior into a series of intimate living and working areas informed by the different family members’ needs, with the child’s development front and centre of the design.

“We named it ‘Urban Cocoon’ because we have managed to create an extremely calming and cosy family apartment in the middle of the city”, explains Lorène Faure, co-founder of Bean Buro.

The designers were originally challenged by creating spaces that fitted the needs of the couple – who both work from home – and their newborn child. Bean Buro began by designing the cocoons where the views and natural light were most plentiful. The working ‘cocoons’ centre on the parents’ individual needs. “Everyday activities such as reading a book or taking a nap become special moments as the residents can nest in those personal nooks and crannies,” explain the designers.

The husband preferred a private enclosed working space, while the wife has an open hidden nook in which to work. Taking into account her love of playing piano on short breaks from work, the designers integrated space for the musical instrument in the continuous wall of her area. The space dedicated to the family’s newborn, meanwhile, has been designed with the Montessori theory of child-led education in mind. All ledges, bookshelves and other furniture has been custom-designed to the child’s size and tucked under the bed as a “safe for childhood fantasies and development.”

Bean Buro took traditional Japanese architecture as an inspiration for the overall palette; light wood and grey paint create a warm and soothing atmosphere. The transitioning areas between the family’s cocoons include clever use of storage – such as coat racks and bookcases – to divide the relatively small space.

The designers also fitted two big mirrors facing each other from the entrance all the way down the corridor to the master bedroom to enlarge the space. Elsewhere, the designers used copper, leather ceramic tiles, and hints of marble. “All these finishes were selected in neutral tones so as to fit in a minimalist, neutral palette,” the designers explain.

The Beauty Of A Brick Wall