Inside The Architects' Apartme..

Design Invites You To Live In .. 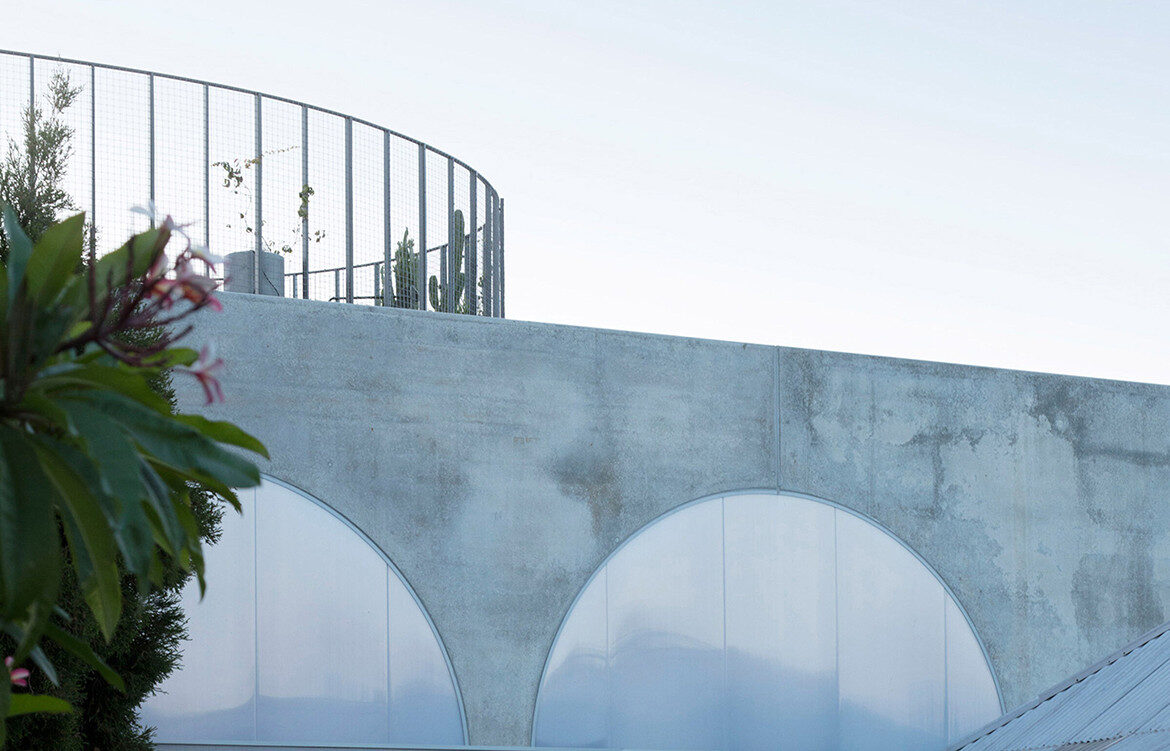 Architect Nic Brunsdon saved his clients both time and money, all thanks to his constructivist approach to designing this urban infill house in the heart of Perth.

Oftentimes it is the restrictions imposed on a design project that turn out to be its utmost sources of inspiration. North Perth House,  by local architect Nic Brunsdon is one such project.

Located in a densely developed residential area of innermost Perth, this urban infill project answered first and foremost to a constrained site — totalling at 230-square-meters — and a budget that was decidedly tight. The brief called for a modest urban residence that makes the most of its site, with the clients citing Japanese urban infill houses as something of a design precedent for their future home.

Yet another definitive factor for Nic in his design response for North Perth House was the project’s materiality. “They [the clients] were set on a concrete house,” says the architect. While initial investigations revealed that an in-situ concrete build would cost above and beyond what the budget could afford, a suitably economic solution presented itself in the form of precast concrete panels — provided a restricted type and number of them were featured in the design.

Composed in an architectural latticework, eight precast concrete panels — two types; four of each — are deployed as both the building structure and the house’s finishing material. Running east-west, parallel to the street, four uniform concrete panels provide the framework for the ground floor while doubling as the supporting structure for the four north-south running panels that comprise the first floor.

On the ground floor, the precast panels demarcate layers of privacy from the street front back towards the rear of the property, each signifying a threshold leading deeper into the private life of the house — garage; gallery; vestibule; kitchen; living; and garden. On the first floor, the panels have been rotated 90 degrees, giving long views back to Perth city on the south side while auspiciously bathing the bedrooms in the northern sun.

The material palette is deliberately restrained to three treatments: raw concrete for the heavy, hardworking elements; timber for the more intimate moments; and translucent sheeting to mediate and diffuse natural light.

Each panel is punctuated with one of two types of arch: a grand arch, and a pedestrian arch. The grand arch is provided for the more significant gestures in the house, such as the prospect from the kitchen; the gallery window; and the bookshelf on the first floor landing, to name a few. On a more perfunctory note, the pedestrian arch acts as a silent guide for both the line of sight and the flow of movement throughout the internal volumes of the house.

Having been precast according to one of two moulds, the odd panel inevitably features an archway that is practically redundant. Such superfluous cut-outs are filled in with a timber inlay or insulated translucent polycarbonate sheet, keeping the opening legible.

“The material palette is deliberately restrained to three treatments,” says Nic: “raw concrete for the heavy and hard-working elements like the structural panels and the floor; timber for the intimate moments like furniture, kitchen joinery, balustrades and bedheads; and translucent sheeting to mediate the hard east and west sun and provide soft light to the height of the interior spaces.”

Although conceived in restrictive circumstance, North Perth House by Nic Brunsdon responds to the uncompromising demands of executing an urban infill project on a tight budget with profound resolve.