Where Art and Design Meet

Dine in Design with Cosentino .. 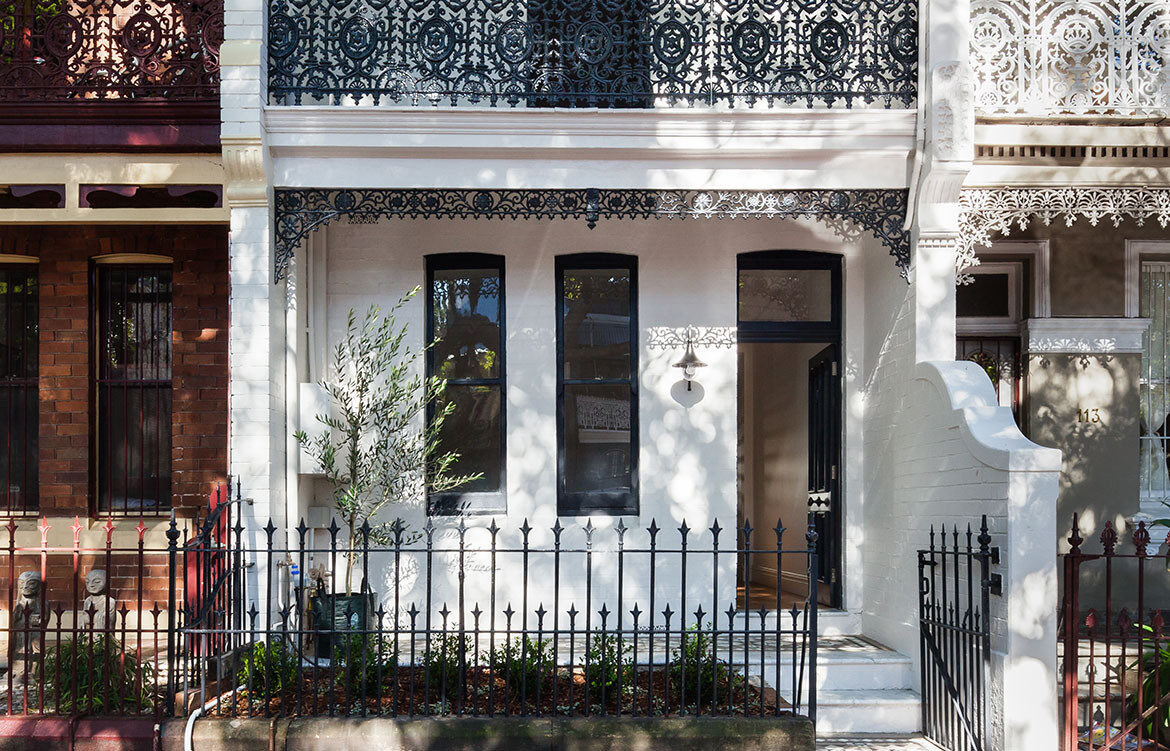 Named for the reigning monarch at the time, the Victorian era of architecture covers more than half a century and within it, some subtle design evolutions.

The Victorian era refers to the period of Queen Victoria’s reign from 1837 to 1901 and the houses that were built within this period are known as Victorian style homes. The characteristics of this now-iconic style of colonial architecture began with simple, unfussy façades and grew to be much more decorative and ornate in the later years of the period. A Victorian house can be single or double-fronted; freestanding, terraced, or semi-detached.

This period follows on from the Georgian era (denoting the reigns of King George I-IV from 1714-1830), and precedes the short-lived Edwardian era that spanned from 1901 to 1914. However, it is Victorian architecture that has arguably made the biggest impact on the Australian architectural landscape.

During the 18th century it was quite common for British architects (among other professionals) to immigrate to the colonies. Australia was one such example and with them architects naturally brought the architectural styles popular at the time in Britain such as the terrace house and the townhouse. Given this period also saw the gold rush in Australia and a population spurt; there was money to build houses and no question of demand.

Some of the most famous examples of Victorian architecture in Australia include the former General Post Office at Martin Place in Sydney, the Royal Exhibition Centre in Melbourne and St Peters Cathedral in Adelaide. In terms of residential architecture, Victorian style homes are most prevalent in Sydney and Melbourne, though the iconic buildings can be found extensively across Australia.

During the course of more than half a century that was the Victorian era, the hallmarks of the Victorian house naturally evolved alongside fashion and financial means. To begin with, a Victorian style house was simple and largely unadorned. It wasn’t until the middle of the period (approximately 1860-1875) that the better-known characteristics we would typically associate with this style of architecture began to appear.

On the exterior these hallmarks include a front yard enclosed by a picket or cast iron fence, cast iron lacework or timber brackets adorning the eaves, patterned brickwork and double hung windows. In some cases, the front windows would feature stained glass panels. The roof was typically terracotta tiles or corrugated iron.

Inside, one could expect to find polished floorboards, decorative skirting joints and ceiling cornices, architraves around doors and windows and detailed ceiling roses.

The latter years building Victorian style homes were characterised by the Italianate style that was increasingly ornamental and decorative. Patterned tile work began to appear at the front of the houses while inside windows, doors and hallways were designed with arches. Victorian houses do not typically denote a mansion, however at their most luxurious peak these style of houses can be very spacious and freestanding.

The value of Victorian style homes can be seen for various, yet contrasting, factors. Some architects and architecture enthusiasts will appreciate the aesthetics of the period, others will appreciate the superior design, material selection and building methods that see this style of architecture still standing ­– in some cases almost two centuries later. For some, however, the value of a Victorian style house is that they are commonly found in popular, CBD fringe suburbs in Sydney and Melbourne and across Australia. Like any example of colonial architecture, the better the building has been maintained or artfully restored, the higher the financial value is likely to be.

Due to its historical significance architectural intervention to this style of architecture is subject to council guidelines that at times can be quite prescriptive. However, for the most part careful and artful restorations to the exterior façade make way for more lenient parameters inside and throughout. Usually architectural renovations will be in the form of a extension or addition as opposed to storey additions.

Glebe Red involves major alterations and additions to a large Victorian house, including new living spaces, bedrooms, courtyards and studio. The brief was to accommodate a large intergeneration family, whilst carefully managing their increased need for privacy, integration and flexibility.

Behind a very traditional façade, the residence’s interior spaces have been inverted; flipping the original arrangement by lifting the living spaces to the upper floors in a deliberate play of thresholds and journeys through spaces.

Contrasts in styles, materials and building methods between the Victorian house and ultra modern extension here may seem obvious, but the similarities are not so apparent. Look closely and you soon see that elements of this home separated by a centurye have been designed and built with the same intricacy, attention to detail and immaculate craftsmanship.

Reflecting the client’s love for mid-century architecture, Robson Rak has designed Pavilion House with a particular composition that balances the integrity of its existing 1888 Victorian residence with a modern new glass pavilion.

Austin Maynard Architects was commissioned to transform two houses into one family home, for a couple with young children. One of the original homes was a modest Victorian cottage requiring a considerable amount of work. The other dwelling was much larger but in dire need of house plans reconfiguration for contemporary living.

A renovation done in parts, seven years ago Porebski Architects converted the upstairs of this terrace house into three bedrooms with a new bathroom and attic and restored the façade. The second renovation concentrated on transforming the dark, narrow rooms at the rear of the house into a light, open and contemporary space.

A large, Victorian-era house is given a light-filled, contemporary rear addition clad in a white brick, detailed with Flemish bond as a nod to the 19th century and bridging the periods of architecture.

The interior renovation of this Victorian style house was inspired by the Japanese architect Arata Isozaki and features the heavy use of concrete and brickwork. While the exterior remains in keeping with the streetscape, the interiors are born again and blend modern minimalism with Japanese sensibilities.