Independent Living for an Inno..

Anonym Studio: Allowing Their Work To Do The Talking

Anonym Studio: Allowing Their Work To Do The Talking 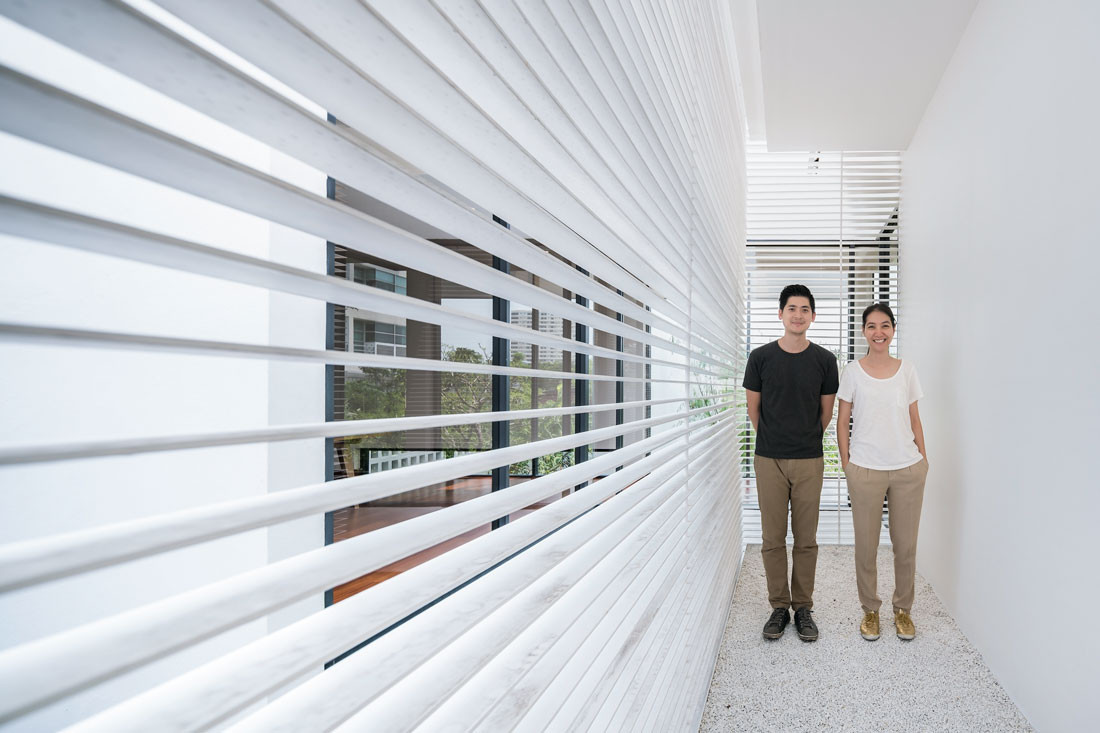 With each new clients comes a new relationship to nurture, encourage and provide for. Habitus speaks to fledgling, Bangkok-based design studio Anonym on their developing residential portfolio and increasing international attention.

“Why are you Anonym?” I’ve just asked co-founders Phongphat Ueasangkhomset and Parnduangjai Roojnawate about the intriguing choice of name for their design studio. They ponder for a few seconds, and then Parnduangjai answers: “We chose this name because we don’t want our clients or the public to focus on who we are. Like when you visit a gallery and an artist has labelled their piece ‘Untitled’ – our work should speak for itself.”

The lowkey pair are able to tackle all elements of their projects, with Phongphat – a graduate of King Mongkut’s University of Technology Thonburi who later worked on huge high-rise condominium projects in Singapore – focusing on the exteriors, and Parnduangjai – who studied facets of design in France after a bachelor’s degree in interior architecture from King Mongkut’s Institute of Technology Ladkrabang – tasked with the interior look.

Founded in April 2016, this small studio is suitably based in humble surroundings, occupying a converted terrace house down a small lane in Bangkok’s eastern Ekkamai district. The studio has already been attracting international attention for its work which, while adapted to the requirements of each client, follows a belief in creating open spaces, providing airflow, and bringing in natural light. Clean lines and geometric shapes also feature in their projects, which to date have mostly focused on residential projects, with one prominent exception.

“We had huge trouble deciding on what Pantone green to use,” says Phongphat, referring to Green 26, their office design for a Thai TV production company. Occupying a space measuring just 62 square metres, the client wanted a shade that represented their name, but the challenge was to find a colour that would be distinctive yet also liveable for the staff who had to work there day after day.

The resulting dark hue, accented by white light fittings that resemble hanging vines and reflected through large windows by a small courtyard garden, gives off a shaded forest feel. It’s offset by the bright white epoxy floor that runs the length of the narrow space. “It was difficult,” says Parnduangjai. “With decisions like these there’s no real right or wrong solution. It’s just about your own perception and feeling.”

To that end, the pair are careful about the people they work with. “Before we take on a new client, we have to find out what their attitude is,” says Phongphat. “It’s really like starting a new relationship. After all, we’ll be spending the next three years together, and will be sharing very intimate details – we’ll know the smallest detail about everything in their home!” To that end, they meet with potential clients and discuss what their aim is, and what they envision for their new home.

“They have to be willing to take a journey with us,” says Roojnawate. “It’s a long process full of discussion and arguments, though everyone will be happy in the end.”