Calling For Exemplars Of Diffe..

How Is Education Shaping The Architects Of The Future?

How Is Education Shaping The Architects Of The Future? 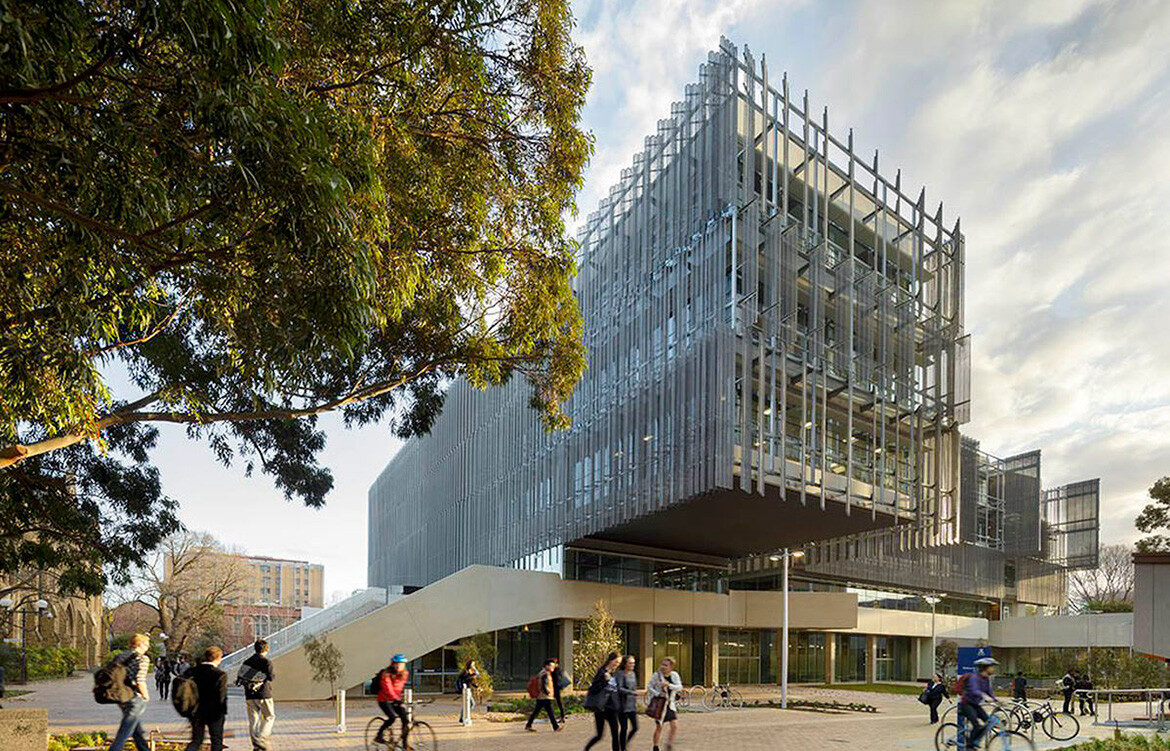 Next generation architects will have to grapple with more complexity in the built environment than ever before, so how are universities helping students prepare for these challenges?

Australia has 19 universities that teach architecture and about 1300 students graduated from the five-year course in 2017 (the latest figures available); a 50 per cent increase over the previous decade. There are currently about 10,000 equivalent full time students in architecture schools across Australia; more than ever before, but the workforce they will enter is rapidly changing, even before the impact of Coronavirus is taken into account.

The broader construction industry spent most of the past decade recovering from the global financial crisis in 2008, and COVID-19 has already negatively impacted the profession, according to research by the ACA. Other threats include A.I. and robotics, prefabrication and digital disruption, and the impact of climate emergency on the built environment.

So how is architecture education responding to these threats?

One of the main shifts is towards resiliency and diversity, and changes at senior levels are instrumental, with nine of the 19 schools now being led by a female dean or head of school.

A concerted effort over time

This growing prevalence of female leaders in architecture schools can be partly attributed to the impact of Parlour, the gender equity research and advocacy group, as well as academic programs such as Athena SWAN (the Scientific Women’s Academic Network), founded in the U.K. in 2005 before expanding across more disciplines and to Australian universities.

“Parlour has definitely been a key influencer in shifting the paradigm in Architecture however, more broadly in higher education, there has also been a move to redress the gender balance at more senior levels with ambitious targets to achieve equity, in recent years,” said Professor Helen Lochhead, Dean of Built Environment at UNSW. “I was the first female Dean of a Faculty appointed at UNSW. Now there are three female Deans.”

Another Dean – who wished to remain anonymous – said she’d benefitted from a concerted effort in higher education over the past twenty years to nurture women’s careers. “In my career I have not only had privileged access to paid maternity leave and part-time work, but have also been supported to develop my leadership skills,” she said.

New approaches to teaching and learning

In most cases, these female leaders bring different qualities and approaches to architecture schools, delivering tangible and positive impacts on student experiences, and their preparedness for life after university.

“A balance of women and men is good for everybody,” Prof Lochhead said. “It gives a voice to diverse views and brings different ways of working and problem solving. And for the next generation of women it is important to see that leaders can look like them, so they see possibilities – not barriers – to their own aspirations.”

The presence of more students and teachers from diverse backgrounds leads to better outcomes in the profession too. “The world’s cities and environments are increasingly complex, and require diverse perspectives (cultural, gender, political etc) to ensure optimal outcomes,” another dean asserted. “Having educators that are diverse makes it easier for students to see the different ways of coming at a problem, and providing solutions to it.”

“With a Faculty and student body speaking over 70 languages I am equally keen to embed equity, diversity and inclusion for all, regardless of gender or background,” Prof Lochhead added. “Universities open a door to a world of possibilities, so we need to make sure we are accessible for all those who are keen.”

Implications for the workplace

SueAnne Ware, Head of the School of Architecture and Built Environment at the University of Newcastle, said that these shifts would help to broaden the reach and influence of architects across the wider community.

“Greater equity and diversity demands that we open ourselves to otherness and plurality, which should also shift those who benefit from great design,” she said. “It also means that those making key decisions in education can change it, and radically rethink our rather conventional norms.

“That’s a very long term project and well it’s not easy or perhaps popular, but it’s necessary now, as we head into a very challenging century ahead,” she said.

Prof Ware said that most of the women she’d worked with and for at universities were “been brave and fearless; they have to be because that is what the world is calling for now”.

“I am a bit different to my male counterparts in that I am often moved to tears,” she said. “And I accept that emotion is an integral part of who I am. I am not afraid of joy or disappointment, and I am certainly not a terrific poker player.

“Some of my colleagues find it uncomfortable to be around a very straight talking, emotional being; it means when I am passionate, I speak openly and loudly about my cause,” she continued. “It also means that I have been branded or portrayed by those less appreciative of this style as a ‘hysterical woman’. Nancy Pelosi is one of my idols, so I’ll take that one as a compliment.”

Professor Julie Willis, Dean at Melbourne School of Design, said that while she’s not keen to cast significant differences between men and women, she’s observed the effects of cultural conditioning at work.

“Women often feel the need to ask for permission to be ‘at the table’, second-guess as to why they may have been invited to such, and apologise for speaking,” Prof Willis explained. “Men usually do none of this, assuming that it is their right to be there.

“Women are expected to be polite, to be nice, to not be aggressive; men are not,” she added. “This plays out in leadership, where women leaders are expected to demonstrate certain kinds of behaviours.”

Professor Lisa Scharoun, Head of the School of Design at QUT, also brings ‘soft-skills’ to her leadership role. “When I started my current role in September of 2018, I set out to establish a culture in the school that would eschew the values of community, collaborative culture, respect and caring,” she said.

“In order to connect with my staff, I often share my personal experiences in academia and life,” she added. “I am honest about both my successes and my failures and believe that in many instances you learn more from failing than from succeeding. The greatest successes in life are often founded on the lessons learned from our failures.”

Prof Scharoun believes the changes taking place inside architecture schools will provide students with a strong foundation for the changing world and workplaces they’ll soon enter.

“The profession has changed, and the way we think about buildings and spaces and teams working together has changed,” she said. “If we taught students the same way their predecessors were taught, we’d be stuck in a hamster-wheel of the same experience – over and over – and we’d keep building the same built environment, that’s not necessarily working for us.

“Not everyone in the architecture program will become what they set out to be,” she added. “Students might migrate to another design area, or another profession altogether, but at least they have an understanding of how to work together, which I think is one of the most important skills: how to work in a team with different disciplinary and cultural backgrounds.

“If you have that ability, you’ll be able to go further than if you narrowly focussed, and didn’t open yourself up to other possibilities.”

Prof Ware also notes a shift away from the ego-centric view of the architect as solo genius, towards a much more collaborative approach. “Perhaps what I see more of now – than when I started my career in Australian universities – is an openness to collaborate and releasing of rather antiquated notions of competition and single disciplinary dominance,” she said.

Prof Willis – one of the original Parlour researchers – says that while significant progress towards gender equality has being made at universities, the struggle isn’t over yet.

“I’ve had students deeply concerned about the high proportion of male academic staff, wanting more women,” she recalled, “but I’ve also had past students indicate that they thought university had been a pretty equitable place (with about 50% of students being women for a couple of decades), but then going out into industry and being profoundly shocked by the behaviours and discrimination they faced.

“Also, I’d love to say that having made it as a senior female leader that discrimination was no longer present, but this is not true,” she said. “I’ve probably faced more outright discrimination as a leader than I did before (probably because I now have more contact with an older generation of men who’ve been somehow insulated from the social changes around them).

Prof Willis said that fight was far from over, just because there are more female leaders now. “If anything, we are now getting to the more insidious, unconscious and pointy ends of gender equity, or inequity – a fight that will be much more difficult than just getting a seat at the table,” she added.

“Greater diversity means greater resilience and robustness to any situation,” Prof Wills said. “For our students, they need to understand that the clients for whom they will design will be diverse and have different needs; therefore they need exposure to lots of different ways of thinking and doing.”