The Bond Series by Halo lighti.. 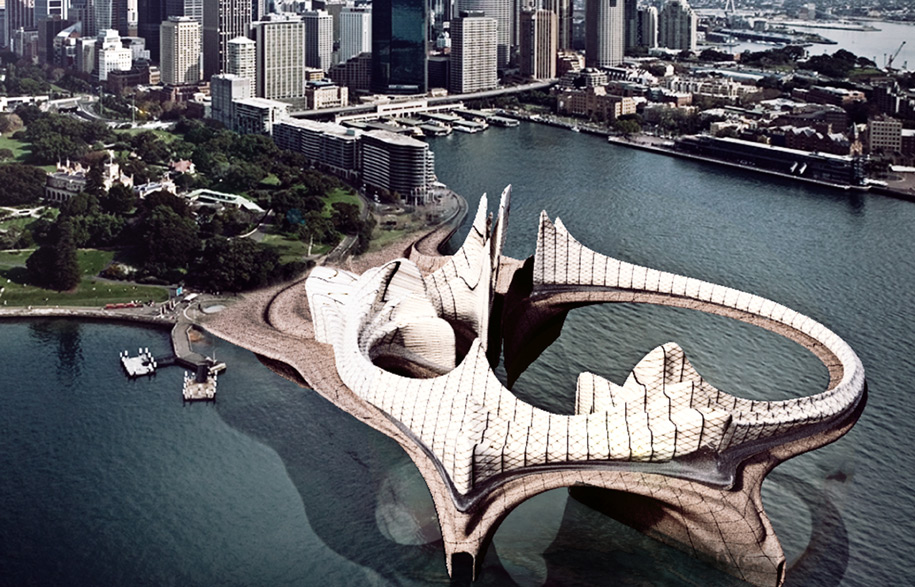 With Australia’s permanent pavilion under construction and only due for completion in time for the 56th Venice International Art Exhibition in 2015, the Australian architectural committee found themselves without a pavilion for the first time since Phillip Cox’s temporary structure was opened in 1988.

The question arose as to how Australian would be represented in its temporary, open-air Giardini location at the upcoming Architecture Biennale in June.

In response, The Australian Institute of Architects, who have been pivotal in Australia’s attendance at the Biennale since 2006, selected a creative team to spearhead the campaign which includes Rene van Meeuwen, Matt Delroy-Carr and Craig McCormack from felix. – a multi-disciplinary, Perth-based design company – along with Sophie Giles, Winthrop Professor Simon Anderson and Professor Philip Goad.

“The theme of this year’s festival (curated by Rem Koolhaas) is ‘Fundamentals’ with a particular focus on the sometimes competing, sometimes complimentary forces of regionalism and globalisation,” says De Meeuwen.  “Koolhaas poses the question as to whether we can revitalise the historical richness inherent in regional architecture.”

felix._Giles_Anderson+Goad’s response to Koolhaas’s provocative approach is an exhibition entitled “Augmented Australia 1914-2014”, a virtual bringing to life of a selection of most evocative, unbuilt works designed in Australia within the last century.  “Each project was driven by an extraordinary commitment to research and innovation, highlighting Australia’s exceptional heritage and its commitment to a technological future,” explains De Meeuwen.

The exhibition  space for “Augmented Australia” will take the form of a large steel cloud that will appear to hover above the earth, providing a physical portal to an “augmented reality” experience.

Leveraging the latest technology, the team have developed an app which will bring all the projects to life via 3-dimensional augmented models, images, voiceovers and animations.  Once visitors have downloaded the ‘Augmented Australia’ app they will be able to  trigger augmented models of each project while ‘real world scale’ 3D models will be geo-positioned around Venice.

The app – called Augmented Australia – once downloaded, will trigger 3-d augmented images of the projects that will be shown at the exhibition. Currently, this app will only work with three trigger images which will ‘come alive’ when you activate the ‘Start 2D Trigger’ function on the app and point your smart phone at the images.