Furniture maker Brad Nicholls made his dream a reality when he began
his business alongside his family at the foothills of Victoria’s Mount Dandenong.

Brad Nicholls describes himself as a ‘self taught’ designer, but is a craftsman through and through. He has a passion for traditional furniture making, working from his home and studio 40 minutes south-east of Melbourne.

Brad set up shop at his parent’s farm in the picturesque foothills of Mount Dandenong in 2004, establishing Nicholls Design. “It made sense as I could build a home and separate studio/workshop [and give] me and my family a better lifestyle,” he says.

“I am pretty spoilt being able to walk home for lunch, grabbing my food from the garden as I go,” he explains, “though you have to be disciplined because there are plenty of distractions.”

Brad’s work is an investigation of craft and form, combining traditional methods, modern sustainable design and a deep respect for materials.

“When I first started designing I was looking at the classic mid-Century era but as time moves on I find myself being influenced by everyday life,” he says. This can be anything from the farm environment to the stitch on a pair of shoes.

As a working cattle farm the showroom/studio location provides a focus for the entire family, including brother, Mike Nicholls, who is an established Melbourne artist. The brothers share the showroom space, with Brad’s furniture pieces sitting alongside Mike’s timber sculptures and artworks.

Brad and Mike will be holding an open weekend from 1 – 2 May 2010, opening up the creative and working spaces to the public – displaying both Mike’s art and Brad’s furniture. However, if you’re unable to make it on this particular day, Brad welcomes visitors all year round. 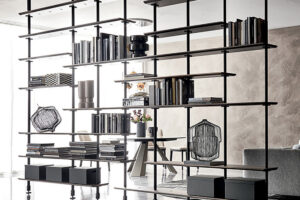