Gaggenau Opens The Doors To A ..

Blu Dot Is Recognised For Desi.. 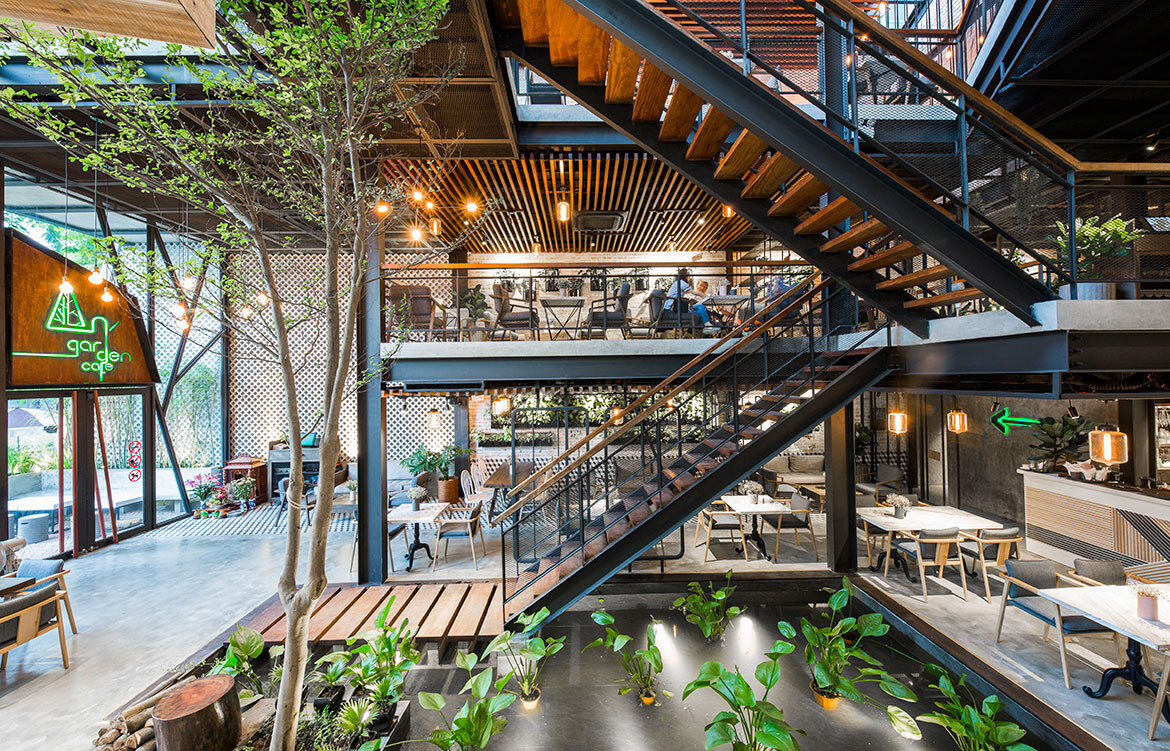 Whether you take your cappuccino with almond milk or soy, great café design ideas are something we can all get behind. Here are the best of the bunch that reflect their local scene to a tee.

Most architects are known for designing with the local in mind, naturally taking cues from the social and cultural fabrics that make each area unique – and Cafés designs are no exception. These are a few café design ideas that truly speak to the neighbourhood in which they were born.

Small streets and a growing population shape the cafés of Tokyo, where traditional Japanese design principles are modernised with a global outlook. Cafés design ideas in Tokyo feel fresher and more inventive than in other Japanese cities because really, they have to be – there’s only so much space to work with. Here, designs that feel calming, restorative, and rooted in nature are salient. Enter Ki Café, one of the coffeehouses bridging the gap between chaotic urban living and Japan’s utilitarian design culture.

Designed by Seiji Oguri, lead architect at id inc, and his team, Ki Café sits somewhere between gallery space, small coffee shop and forest canopy. Dark steel table legs extend to look like tree trunks and branches, framing the stark white walls and the barista’s minimal coffee bench. “Eliminating unnecessary decorations is an element particular to Japanese ways,” Seiji says. “We think [of Ki Cafés] as a part of this new conception of Tokyo, where common features in Japanese traditions and interests in overseas cultures collide.”

The moody spaces are the brainchild of Zwei Architects. “The gems of Melbourne are down alleys and laneways and you have to use your curiosity to truly engage with the city,” Katherine Kemp of Zwei Architects explains: “We used this sense of discovery in the way the interior spaces gently reveal themselves behind Code Black’s imposing façade; we knew that the people of Melbourne would find it.” And they did. Code Black Coffee has won a slew of design and hospitality awards since opening in 2013.

“It’s a very ‘shoes optional’ vibe,” café owner Julian Kelly says of Folk, a playful ethical coffeehouse he opened with his partner, Maggie Dylan, in 2014. Everything at Folk has been crafted by the pair, from the interiors – “It started out as a jungle of our own plants, hanging in macrame hangers that Maggie’s Dad made back in the ‘70s” – to the kitchen gardens; the authentic, laidback feel harking back to Byron Bay’s roots as a mecca for an alternative and natural lifestyle. Nostalgia served as a key inspiration for the duo, and the café – once a dilapidated building aside a caravan park – has become a cultural institution for locals seeking a slice of the good life. “[We wanted to recreate] the Byron dream that we had envisioned in our youth: a 70s beach bungalow, handcrafted, worn, overgrown with texture and greenery,” Julian tells.

An’ Garden, Hoi An

A lack of green space, endless trawls of honking motorbikes and worsening air pollution characterises Vietnam’s urban spaces. Responses to these 21st-century curses – by way of ecologically sustainable and nature-focused café design ideas – are coming in thick and fast in Hoi An. Designed by architect firm Le House in 2016, the three-storey An’ Garden café is one such project.

An’ Garden doesn’t reject its urban setting in favour of an all-natural aesthetic as one might expect, rather the café artfully marries the two contexts. Here, cemented walls, steel framework and expansive glass facades meet timber hanging planters, an indoor tree and a pond concealed beneath the staircase. It’s both serene and bold, much like Hoi An itself.

Layers upon layers of history survive in Vietnam’s capital city and as a result, Hanoi’s cafés have a more old-world, jumbled feel than their Hoi An counterparts. The former French and Chinese occupations make their design mark on public spaces even now. This multicultural sensibility wasn’t lost on An Viet Dung, founder of Farming Architects and the lead architect for Koi Café. Situated in an old three-storey house, Farming Architects had to respond to this city’s rich identity, while also being mindful of the same environmental concerns felt in other Vietnamese cities. Like An’ Garden, sustainable living is at the heart of Koi Café.

Koi Café stayed true to the city’s international ties, using Japanese ideology and age-old Asian legends as key sources of inspiration. The traditional Batrang tiled facade of the building makes a bold first impression, while inside a koi pond and waterfall makes a modern ode to the Asian legend, “Carp Leaping Over Dragon’s Gate” and encourages a momentary step away from the chaotic city lifestyle outside the café’s walls.