Andrew Parr Is A Force To Be R..

Dialling In With Vokes And Peters

Dialling In With Vokes And Peters 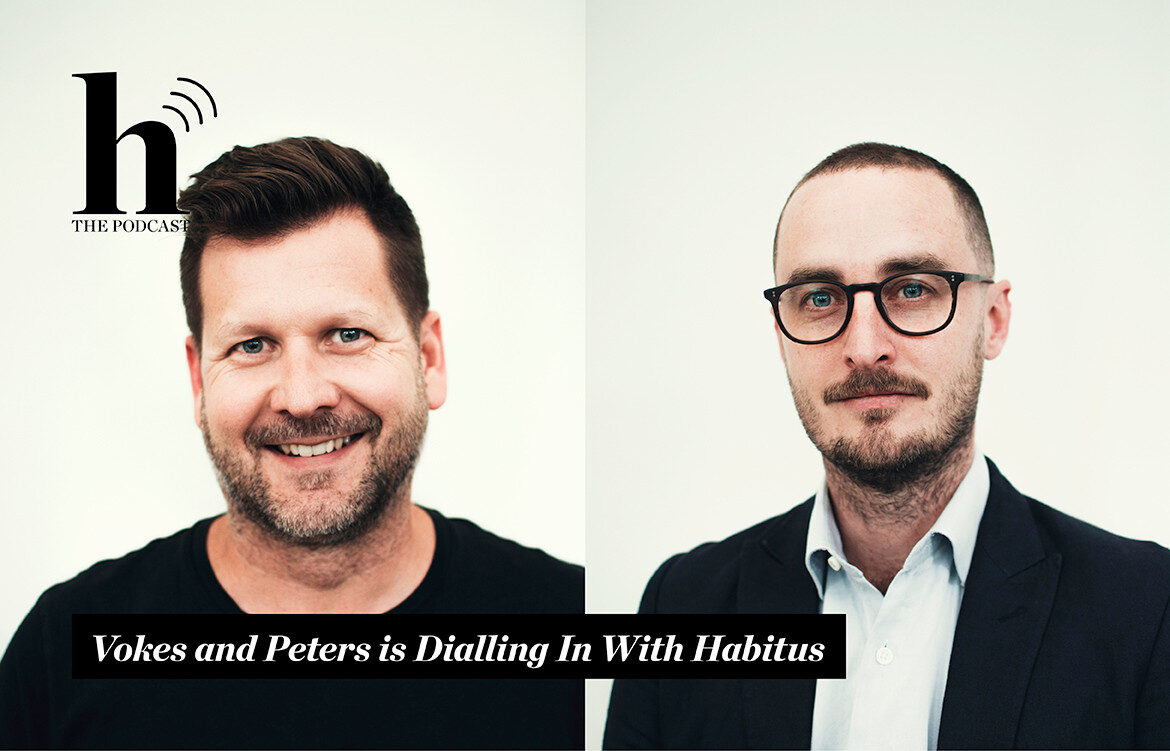 On episode 7 of Dialling In With Habitus, we speak to Stuart Vokes and Aaron Peters of Brisbane-based Vokes and Peters. Their practice is enriched by a deep and mutual respect for one another that has grown over the years.

In 2015 Stuart Vokes and Aaron Peters established the now well-known and frequently celebrated architecture studio Vokes and Peters. However the duo had been working alongside each other for a long time prior – since the time Stuart was a teacher and Aaron a student.

The impetus to start a practice together was not only the recognition of shared values and ambitions, but also a sense of comradery and the strong value they each attached to the friendship and professional support they gave one another.

In the five years since foundation, Vokes and Peters has received numerous architecture awards including the Habitus House of the Year award for Interior and Exterior Connection for Teneriffe House in 2019.

On this episode of Dialling In With Habitus we speak to Stuart and Aaron about the lessons learnt for better and for worse of the recent weeks.

Download and listen to Dialling In With Habitus below, on Apple Podcasts, or on Spotify.

Dialling In With Seear-Budd Ross