Light and Bright Living in Mel..

The Valkyrie. In Conversation With… Louise Herron

A Soft Spot For China’s Idylli..

The Valkyrie. In Conversation With… Louise Herron 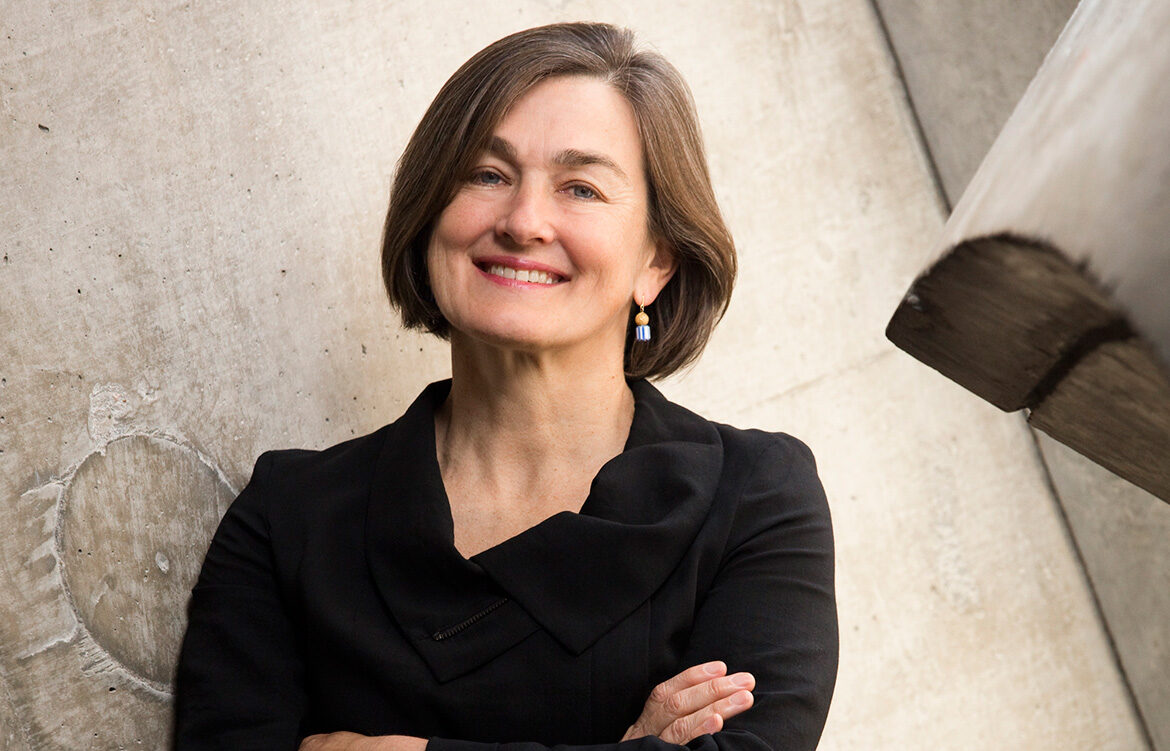 As Louise Herron prepares her second Five Year Plan as CEO of the Sydney Opera House, and the $200+ million refit is well underway, we drop by her office inside Australia’s greatest architectural treasure.

Stephen Todd: I was speaking with Jørn Utzon’s daughter, Lin, recently, and she made me realise how incredibly traumatic the Utzon family’s rapid departure from Australia in 1966 actually was.

Louise Herron: Absolutely. Have you seen the movie Autopsy on a Dream, made by the BBC and the ABC about those turbulent times? It explores the public and private pain of the conflict for many people – politicians, architects, engineers, students, the public generally and of course the Utzons themselves. Some of these wounds are still deep.

Where does Utzon’s work stop and Hall, Todd and Littlemore’s begin?

After winning the design competition in 1957, Utzon worked on the Opera House until 1966. It is fascinating looking at photographs taken at the time Utzon left – with the podium in place, the shells nearly finished and the first tile lids on the shells. On the inside, the stage machinery in the Major Hall (now Concert Hall) was partially in place. Under Peter Hall’s direction from 1966, the Opera House was finished – his focus was mainly on the interior fittings, finishes, furnishings, colours, lighting and signage.

Utzon never returned to Australia, so he didn’t see his finished masterpiece. But thankfully he was re-engaged as a design consultant in 1999. He worked with his son, Jan Utzon – now one of the Opera House’s Eminent Architects – and Richard Johnson AO on several spaces – what is now the Utzon Room and the Western Foyers, opened by the Queen in 2006.

What is there about the Opera House today that Utzon would not recognize?

Jan Utzon, the son, says his father was amazed by how popular the building had become as a magnet for tourists. As part of Jørn Utzon’s re-engagement, he developed the Utzon Design Principles, which give excellent guidance about how we need to look after the building as it evolves. We are its temporary custodians and must be absolutely respectful of the past while looking to the future to do the very best job we can. In his Design Principles, Utzon said: “As time passes and needs change, it is natural to modify the building to suit the needs and technique of the day.” So he foresaw the need for the sorts of changes we are putting in place today.

Do you still find that old school resilience to opening the house up to a broader public?

I think the early conception was of the Opera House primarily as a place for the traditional or high arts. That has certainly changed. It is of course a place to experience the greatest opera and symphonic music and dance and theatre, but it’s also a place to see the greatest bands of today and discuss ideas and experience our culture in its broadest sense. It is itself a huge sculpture, a masterpiece of human creative genius, brought to life by the masterpieces of human creative genius on its stages. It is the symbol of modern Australia and our premier tourist destination. In other words, it’s for everyone and we work hard to make sure it caters to a broad audience.

In a sense, the building is almost performative in and of itself.

Exactly, and we are doing all we can to allow people to lose themselves in the experience of the building. We have cleared the Forecourt of vehicles to create a large open space where people are free to admire the building from all angles. And then we play with it. For example, every evening animated First Nations artworks are projected on to the western Bennelong sail with an accompanying soundtrack. This project is called Badu Gili, which means water and light in the Gadigal language. It is art superimposed on art and people love it.

Why are you redoing your strategy?

We laid out our strategy when I joined five years ago. We didn’t have a specific timeframe in mind, but now we’re thinking the next one should also run for five years. We want to write 2018-23 on the cover to create an expectation and framework for what we aim to achieve in the period to our 50th anniversary in 2023.

What was the mission statement of your first five-year strategy?

To treasure and renew the Opera House for future generations of artists, audiences and visitors; and to inspire, and strengthen the community, through everything we do.

Over the top of that is our vision, which is to be as bold and inspiring as the Opera House itself. We have four values: excellence – make it the best; creativity – be bold and innovative; collaboration – one team; accountability – focus and own it.

It sounds kind of corporate.

It’s about creative excellence. We want to make the Opera House the best at whatever it does, whether it’s how we maintain and renew the building, the performances or digital art we offer or how we inspire people to become engaged with indigenous arts and culture. Whatever it is, we try to make it the best.

Over the past five years, what have you not been able to do that you would have liked to have done?

Honestly, I can’t think of anything. The Opera House is a lightning rod for passion. When you talk to people, they are so enthusiastic about their visit or they say what a fantastic dining experience they had at Bennelong. People love coming here, and what we need to do is amplify that experience even more. Things have moved faster and it’s been more of a community effort than I would have expected, including with our most important partner, the NSW Government, which has committed more than $200 million to the Opera House’s Renewal works. And we’ve also had tremendous support from our corporate partners and philanthropists, as well as a number of grants, including from the Australia Council for the Arts. All of this has enabled us to be bold and ambitious in our efforts to inspire as many people in as many ways as possible.

Is this really the dream job it appears to be?

Yes. It’s an extraordinary privilege to be the temporary custodian of this inspiring place, and it is all-consuming.

Louise Herron was In Conversation With… Stephen Todd