'Yes Is More' at Flinders Lane.. Jingmei Luo sits down with the iconic light designer to hear his thoughts on LEDs, light-as-religion and his latest installation.

In a dark hall at the Spazio Krizia the exhibition ‘A Dozen Red Things and A Lot of Green’ displays Maurer’s latest creations.

Well, I must say I was the one – and I really want to emphasise this – I was the one who did, in ’98, the first product of LED for the home. And the people forget [that]. Everybody is in LED and LED is awful but it’s a matter of how you use it and what kind you are using. 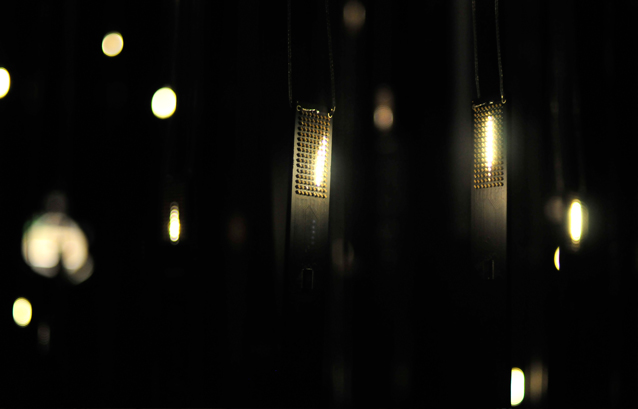 On traditional light sources vs. LED.

I think we shouldn’t just say this is the only way to go. I am for a very diverse world and different smells, colours, characters. I like to live…and we live in a rich world of different impressions. This is what I like. 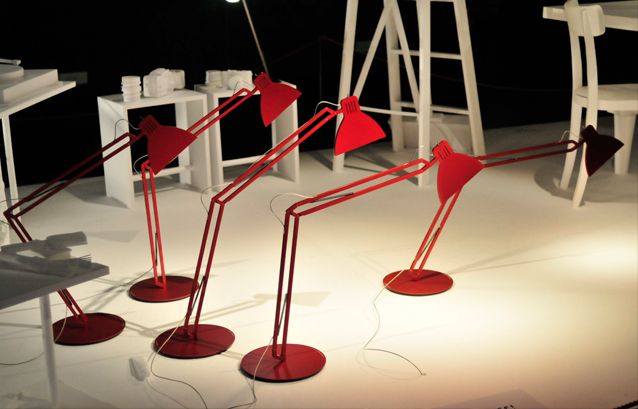 On the current state of contemporary lighting design.

I think that the way things go now is strictly functional, [leaving] emotion out. Light is something like has a spirit although it’s artificial. Light is very close to religion if you want to, not religion as in [Christianity, etc.], but really, [in] the adoration of our universe [and so] we must react to it in a better way. There are great things done but it’s not conscious enough yet…function…business…another product and not regarding mankind – the human being – enough.

This light is a work of a friend of mine, Moritz Waldemeyer. We always wanted to work together and he had this idea of a flame. This is a prototype of course. And then you see, we will do chandeliers, big variations. It’s a new development in LEDs. It’s a mad thing to do and an enormous investment but you have to do new things to go into new dimensions. 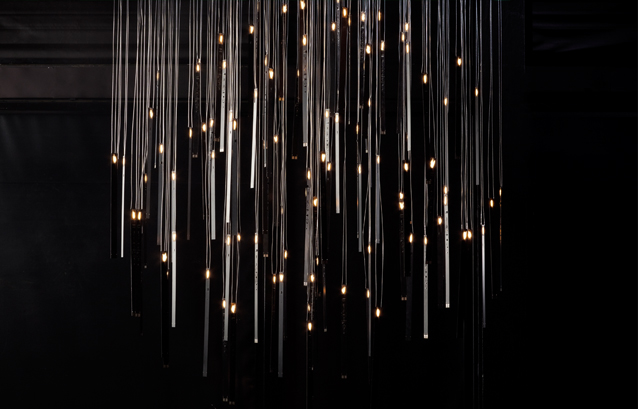 This is wallpaper, which you can dim on and off…set on a program. We can do it with different colours. We can have it colourful or very minimal. I think it’s a very nice, elegant solution. 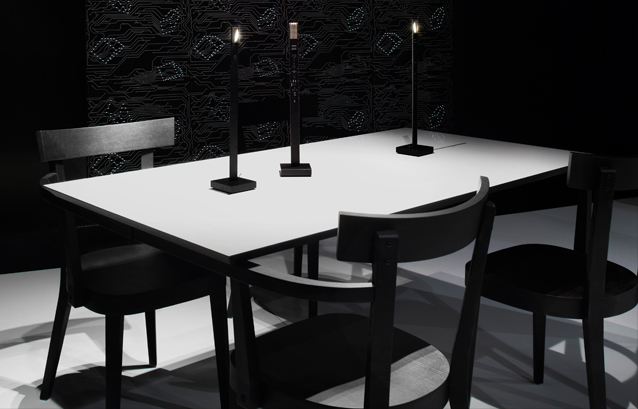 This is a completely new technique and it creates a new aesthetic. It is a magnet-based desk light. It doesn’t have springs or conventional [mechanisms]. [The magnet] holds [the light] together and you [can] put it in different positions. It’s not [static]. A guy who works with us – Lutz Pankow – had this idea. I thought it was brilliant and we decided to do it.

On the green wall installation.

This started last year. We had a job for an 8-metre-high dining room, which used to be a catholic chapel. We had the problem of sound so I thought of sponges. These are natural sponges, but cultivated. It’s really quite stable. We gave it this colour. We needed insects so we found this guy – Graham Owen – the master of insects. He’s magnificent. We had a very good collaboration. This is going to a very wonderful new modern house in Switzerland. Each one we create is different. I’m looking forward to the next one. It takes weeks [to make]. 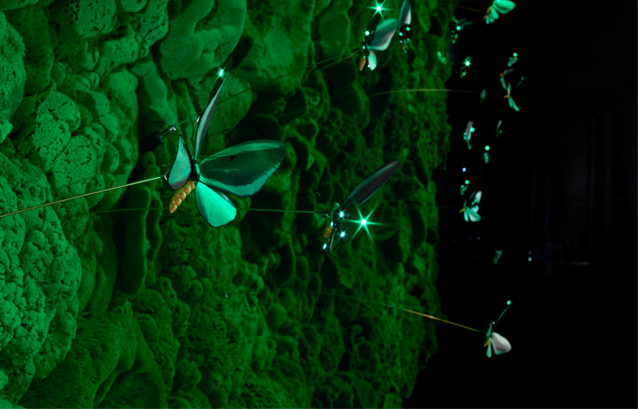 On ‘J. B. Schmetterling’

There’s this song by Marlene Dietrich [with the lines] ”…when the moths and insects come too close and they burn, it’s not my fault…” This is what [the lamp] wanted to say. [It’s] one of a kind. 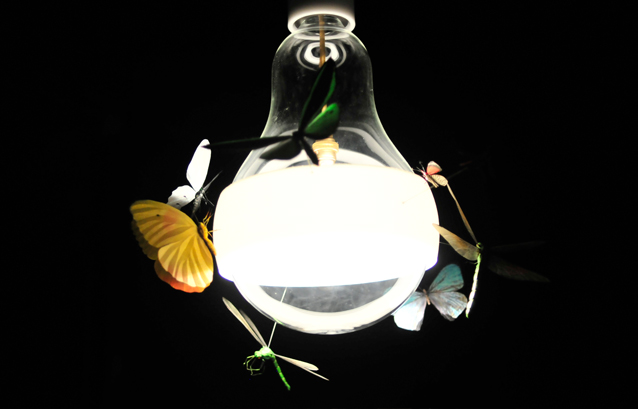 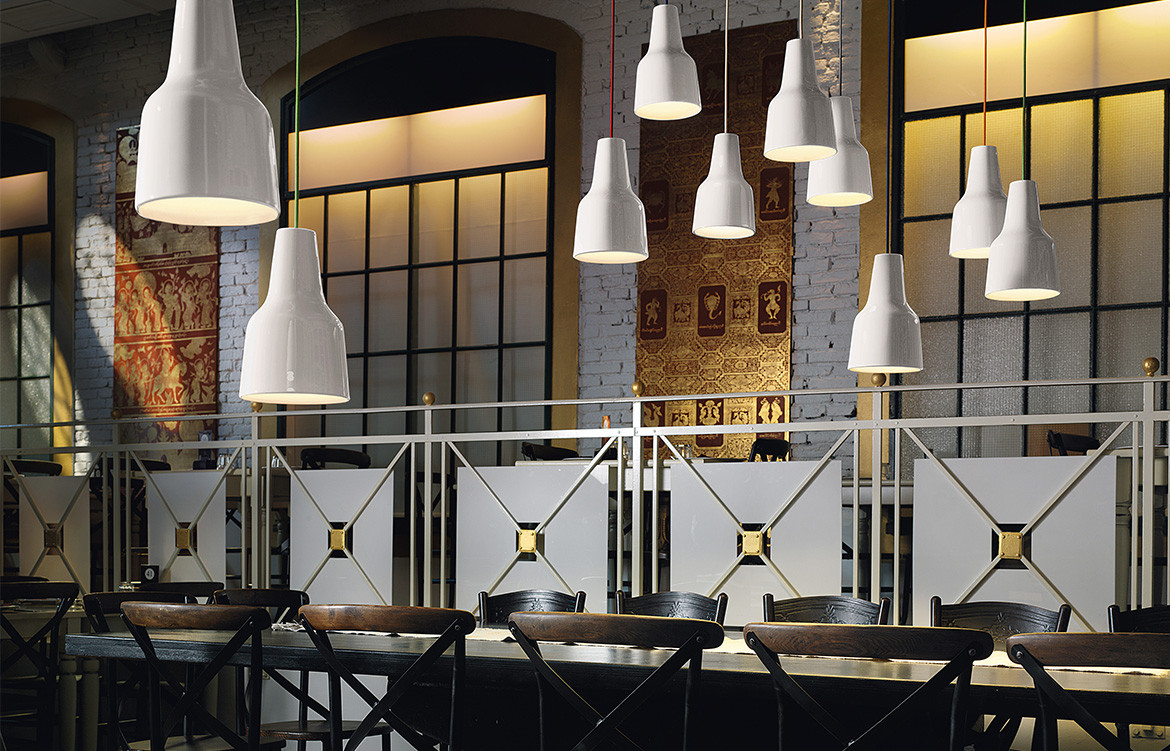 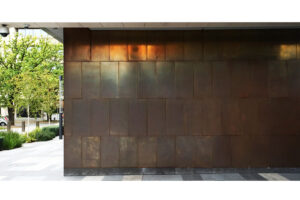 With the 2020 Habitus House of the Year Jury’s g

It’s judgement day! Thanks @stylecraft.home for