Meet the timber craftsman from.. 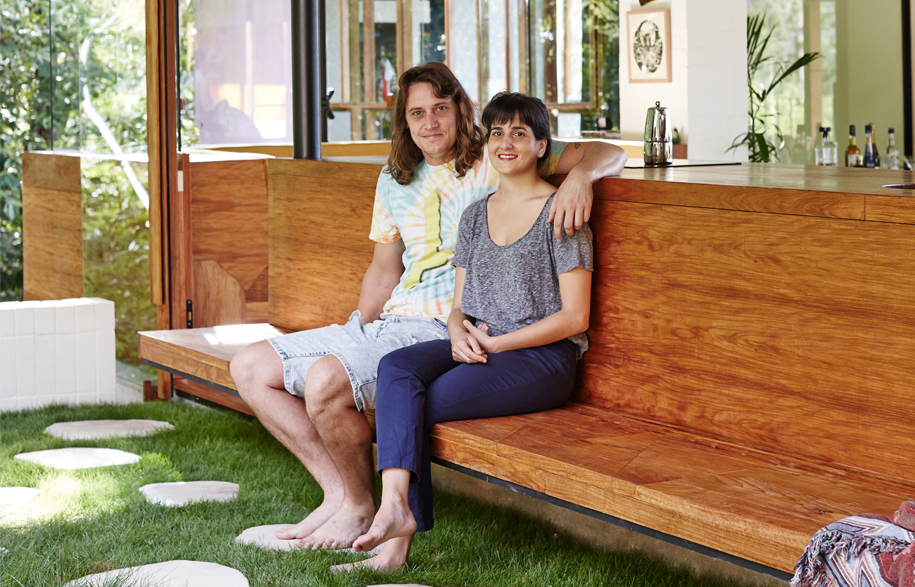 In 2013 he established his namesake practice, a boutique architecture and interior design firm built on the philosophy of creating joyful spaces that inspire and enrich daily life.

Led by Jesse and his wife Anne-Marie Campagnolo (an interior designer) Jesse Bennett Studio is renowned for its project Planchonella House, which won The Robin Boyd Award for Residential Design (Houses – New Category) at the 2015 National Architecture Awards. The project also scooped up the Australian House of the Year and Best House over 200m3 at the Houses Awards 2015. Recently Jesse has been working on an extension to a 90s beach shack in Kurrimine Beach, Queensland, which sees his creative approach to materiality at work again.

As the couple’s own home, Planchonella House provides a glimpse into Jesse’s mind, his approach to architecture, and the design principles he embraces. From the custom-made furniture and hardware to the careful selection of materials and challenging integration with the surrounding landscape, the choices he’s made are an example of what Jesse believes to be the common factor across his creative output; “striving to achieve thoughtful, timeless architecture coupled with inventive detailing and character.”

Jesse says there are three attitudes and aspirations that steer his practice; “changing people’s lives with the power of architecture, creating joyful spaces for people to inhabit and engage, and easing the complexity of daily life with functional planning and innovation.” Each of these represent his overall goal to enrich the lives of others through his craft.

Perhaps the biggest role Jesse plays is enhancing the health and wellbeing of his clients. When thinking of health, architecture might not be the first thing that springs to mind but this, he believes, is the role of an architect. “As architects we can contribute and enhance the way people view and experience the world,” he says. “Architecture has an enormous impact on our lives and wellbeing – not only on the way we perform daily tasks, but also on our emotional state, which in turn alters the way we view and experience the world.

“A plethora of research has been done in this field; measuring people’s psychological responses to their physical environment. When people live in beautifully functional spaces that incorporate natural light, and accommodate their basic physical needs and speaks to their emotional ones – they are happier and more positive. Conversely, living in badly planned spaces tends to make people frustrated, less creative and increasingly negative. So of course this is a major factor of a person’s well being.”

The relationship between architect and client is what makes for the best kind of home – one that enhances the wellbeing of those who will live there. This, Jesse says, is what leads to truly great architecture.