A Different Take On The Tradit.. 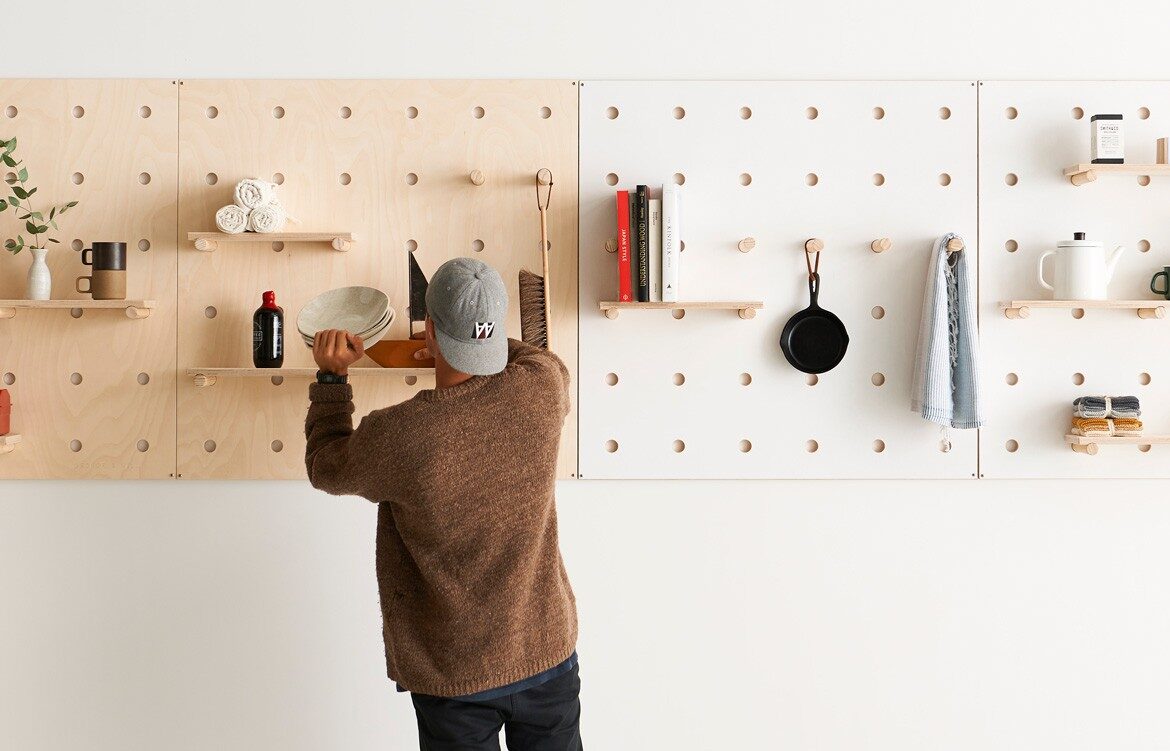 Kiwi creatives and co-founders of George & Willy, a design studio and workshop, George Wilkins and Will McCallum have put local design to a global market.

Try everything once, right? Because you never know what might stick. No one knows that better than George Wilkins and Will McCallum. Two childhood friends, the duo have grown from skiing together to studying together – commerce, at the University of Otago, Dunedin – to now designing, manufacturing and running a business together. More or less eponymous, George & Willy is a local design studio and workshop based out of Mount Maunganui, New Zealand.

It was during the latter years of their degree that, in a bid to get the most out of the resources the university made available to them, George and Will discovered the woodshop. Subsequently a new path unfolded. “We joke about accidently starting a business because we never made things to sell them, we just made things for fun: oversized matchsticks and toy helicopters, lamps and catapults,” says Will.

Although their design offering still very much embodies a light-hearted, playful approach, in the years since foundation (2014) their approach to business and design has auto-refined.

First of all, their work has remained far from superfluous. On the contrary, it’s very much based on functionality and need. “Necessity is the mother of invention,” says Will, rather poignantly. “We call our products life tools; tools that will be around forever and not fade with the trends. Our products are fun and help people live a better life.” And while they may seem niche to some, a global market allows the team to reach the world. As Will points out, an online market means they’re not bound by their base.

The running of the business is another way in which the company has matured. In the beginning George & Willy may have run more or less as a 24/7 operation – that’s often what it takes to get a passion project off the ground. That can be exhilarating, but also stressful. In recent years, the founders have been able to hire staff to distribute the load – both mental and physical. Now everyone has set hours, and they stick to them.

What that definitely doesn’t mean, though, is that the workshop is off limits for personal use. “The team at work obviously have free reign over the workshop and are encouraged to have personal projects going all the time,” says Will. “It’s a fun space.”

And it seems that not only do the team have a personal connection with the pieces they are designing, manufacturing and sending out to the world, but they also have a strong personal connection to one another – like a family. The whole crew got together for the renovation of Will’s house, also in Mount Maunganui. Everything from the laundry basket to the couch to the letterbox outside was made from scratch.

George & Willy are a small, tight-knit community of five that live and breathe design. But watch this space, it’s a growing community.