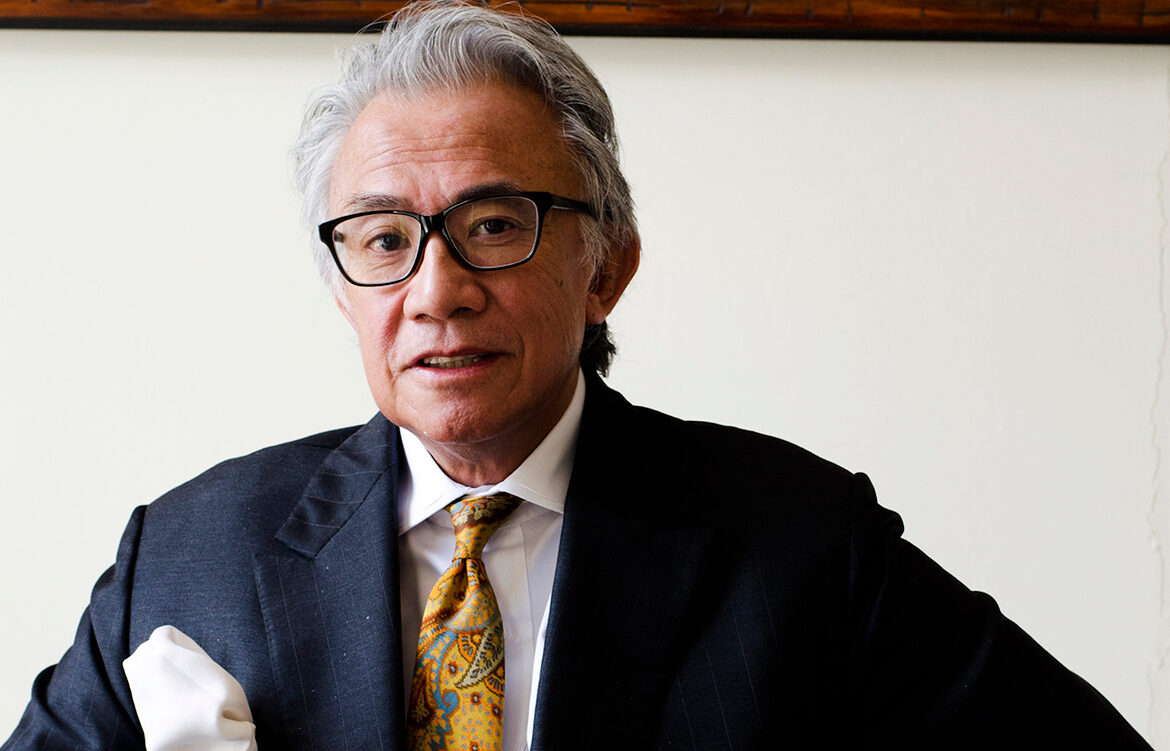 Pioneers deserve to be remembered, and any who knew or had heard of Sir David Tang would be hard pressed to forget him.

This Hong Kong businessman, column writer for The Financial Times, socialite and patron of the arts, educated in London, received his knighthood from the Queen in 2008 for his philanthropic work in the United Kingdom and in Hong Kong, the countries in which he divided the majority of his time.

Earlier in 1995, he had also been conferred the French title as ‘Chevalier’ of the Ordre des Arts et des Lettres, in recognition his contribution to and propagation of the arts and literature. Most recently, in 2014, at the Asian Awards, Sir David also accepted the honour of Outstanding Achievement in Art and Design.

With a dash of good fortune and born into affluence in 1954, Sir David appeared to stand by his statement: “You are what you give, not what you are given.” In his time on this planet, he gave the world so much, not least of all bringing a contemporary edge to Chinese fashion and presenting it on the world stage, for all to see.

By 1994, China still had no household brand name in fashion, let alone on the luxury echelons, until David Tang stepped in. Founding Shanghai Tang saw the birth of an iconic Chinese name, synonymous with Chinese chic. He sought to immortalise the epic nature of Chinese history, coupled with a contemporary aesthetic. The heyday, glamour and sharp tailoring of the 1930s and 1940s merged with modern confidence.

That legacy has since evolved into 48 international high-end stores, complete with ready-to-wear garments and imperial tailoring, as well as home and gift collections. In 2008, Sir David sold the brand to the Swiss luxury goods behemoth Richemont.

In the early 90s, David Tang also set up the Pacific Cigar Company, with the exclusive rights to import Cuban Habanos cigars, and opened a slew of elite clubs, to enjoy the finer things in life. One of the most renowned was The China Club in Hong Kong, founded in 1991.

Located in the Old Bank of China building, on Bank Street, The China Club design aesthetic echoed the values he would bring to Shanghai Tang. Steeped in tradition and history, old and new worlds meet in collaboration. In a veritable showcase, art and sculpture from Chinese talent adorn the walls and corridors, while its library houses one of the most extensive collections of books on China and its people.

A highly successful man, and keen supporter of the arts, Sir David Tang’s place in history is assured. Yet, try as one might to discover the secret to his success, he best reverted in his unique style, in an interview with CNBC, in 2014, by saying: “It is a ludicrous proposition, totally stupid, and moronic even, for anybody to expect that there should be a life formula for success, not only in business, but in anything…”