Biasol Plays With Tone And Tex.. 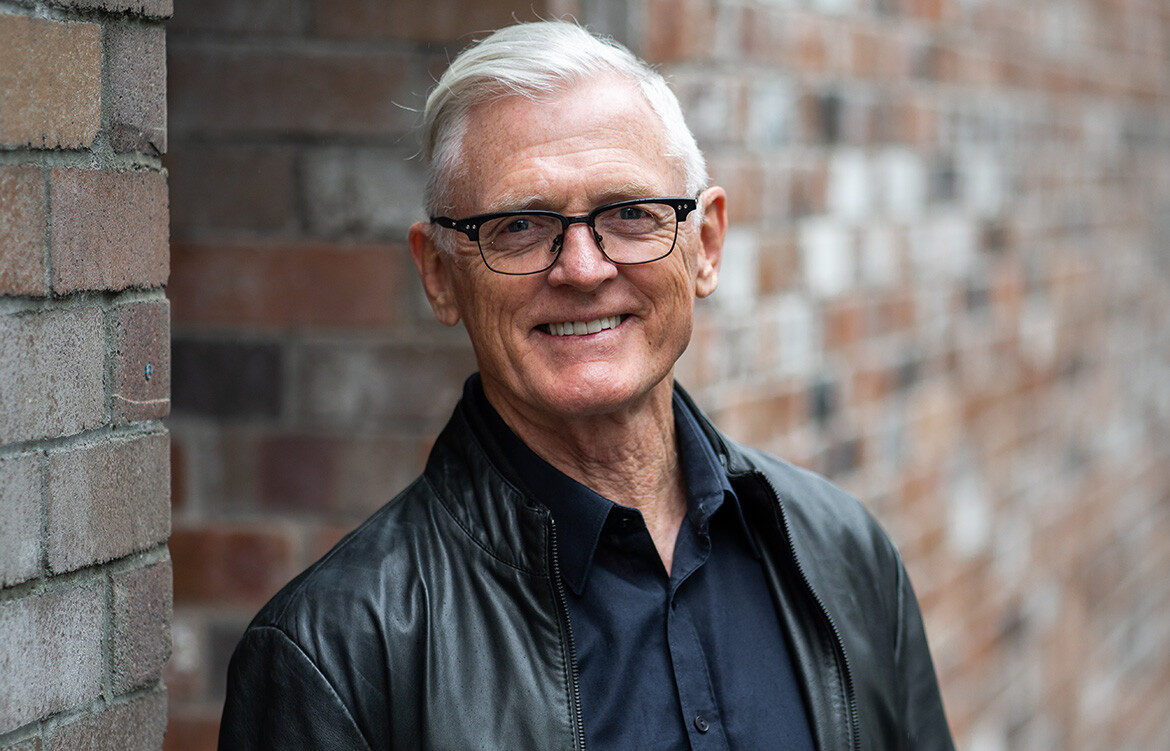 As Stafford Architecture announces its first and only rebrand in its 40-year history, we find the new name simply better denotes the egalitarian nature of the studio and business.

Bruce Stafford’s early career is littered with times he threw himself out of his comfort zone and into the deep end. And while innate talent and drive inarguably counts for so much, Bruce attributes much of his success to surrounding himself with talented people: consultants and staff alike.

Three months after Bruce completed his architecture degree – still in South Africa at this point – he entered and won a design competition under the then recently established Bruce Stafford Architects. Part of the prize was to design a large town house. Straight out of university without a lot of real world experience, this is when Bruce first understood the value of surrounding himself by the best. This would become a habit that stuck with him right through to present day.

The studio fast garnered a reputation for its unique approach to luxury, predominantly in residential and hotel spaces. This reputation traversed the Indian Ocean all the way to Sydney where Bruce was getting consistent work.  His first trip to Australia was in the 1980s as part of a surf tour – another habit that stuck with Bruce for life – so he was not completely unfamiliar with the climate, culture and lifestyle. In 2001, at a time when he had two waterfront projects running simultaneously in Sydney’s Eastern Suburbs, he made the choice to pack up his family and relocate his practice to Sydney permanently.

Australia provided a very stark contrast in its working environment compared to South Africa. While Australia is known to be highly regulated, South Africa, according to Bruce, operates with a more relaxed attitude in the sense that architects, builders and designers have relative freedom in finding a way to meet a brief – as opposed to finding a way to fill a brief within a certain set of externally imposed restraints.

Having said that, Bruce loves a challenge and self-describes an adventurous nature and can-do attitude. He also poignantly notes that within the framework of Development Applications, Development Control Plans, Local Environmental Plans and the like, architects are still more than capable of achieving clever, innovative and beautiful work.

“The standard of architecture in Australia is world class,” he says. He attributes this in equal parts to having a beautiful city to design within; the cross pollination of ideas that international cities are known for; and his judgement that young people are given a lot of wings here.

In the time between establishment and now, Bruce Stafford Architects has been producing consistently outstanding work as the internal team grows from strength to strength. Some of his most celebrated residential works include Cove House and Butterfly House. Despite so much to talk about – more than 180 completed projects – the practice has never invested heavily in marketing itself. Rather, it exists by the principles that great work attracts more great work and had enjoyed organic growth over the years.

Understated and modest in methods of self-promotion, yet well known amongst peers in the industry and architecture enthusiasts, his practice isn’t one that regularly causes a stir, creates a fuss or reinvents itself. Until now.

Bruce Stafford Architects and the team that name represents has adhered to the principles that surrounding oneself internally and externally by the best will achieve for one’s clients the best possible results. By re-phrasing the language around the practice to Stafford Architecture the intention is that it denotes equal ownership of the work produced and a flat structure amongst a close-knit, highly collaborative internal team.

A studio that is nearing its 40th birthday is suddenly less than a year old. It’s reborn but also not. The internal structure remains as it always was, but the external understanding of that structure, one hopes, has evolved.