An American Designer in Milan 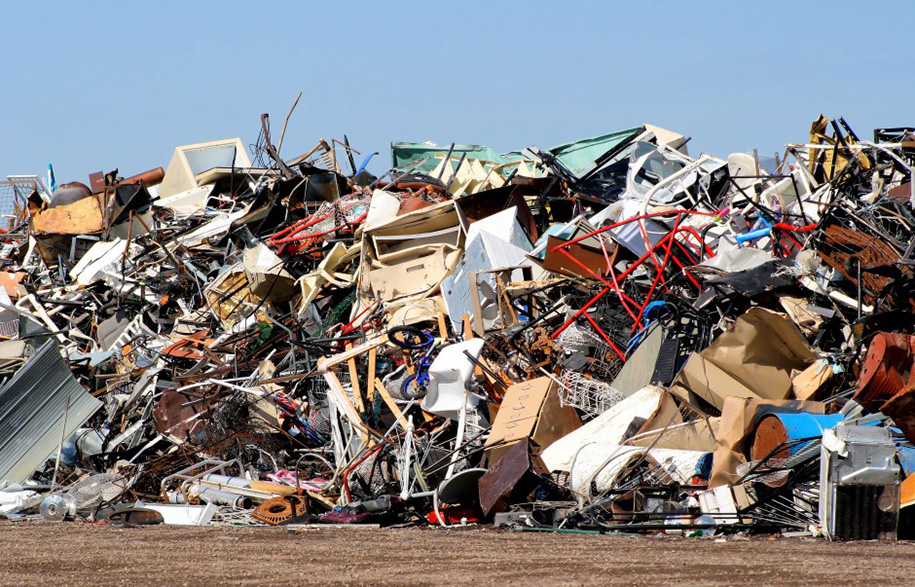 To what heights will the piles of cheap furniture in our landfills have to scale before it all comes tumbling down? In the first of a four-part series on ‘stuff’, Joanne Gambale weighs up three-legged tables against antique lightbulbs and has a few lightbulb moments of her own along the way.

Last year I bought a cheap coffee table from a well-known Australian homewares store. Two weeks later it was buckling under the weight of my coffee table books. Books of a weight one would expect a coffee table to bear. I’d dragged the table a few inches and pop, a leg broke off. I called the store and with a knowing snigger the lady on the phone asked: “did you drag it?” We got a replacement quickly enough, but in the meantime this table was presumably taken out the back, thrown onto a truck and transported to one of the many landfill sites across the state, its doom well and truly sealed.

We have a family friend with whom I wouldn’t dare share this story. Myles Gostelow is a fine furniture maker who could have saved that table from such a ghastly fate by fixing its broken leg (while silently judging its fecklessness). The plastic tray of his first son’s high chair once copped a crack but instead of chucking it, Myles carefully stitched it up with copper wire, which he sealed with a fibreglass epoxy resin. Consider the time it took him to do this compared with the time it took to build the chair offshore in a factory and it’s a bit like the Japanese art of kintsugi, where broken pottery is repaired with a lacquer of powdered-gold.

Consumers are increasingly au fait with the horrors of offshore supply chains. We know that stuff is cheap because of lean manufacturing, cheap labour, economies of scale and the subsequent giant inventories that start the cycle all over again because these pieces have got to be shifted. We’ve externalised the true cost of production. What we don’t pay for in our buckling coffee tables is paid with toxic pollution and depleting natural resources. I got that trendy white and timber coffee table for a song because a bunch of people in a poorer country all pitched in.

And it’s expected I’ll be buying many more same-same-but-different coffee tables throughout my lifetime, as will millions of others, to the rhythm of clunky conveyor belts and chugging trucks offloading rejected furniture onto growing landfills.

Generation D consumers are learning the truth behind their great-grandparent’s repeated idiom that ‘they don’t make ’em like they used to’. Take the lightbulb that has been switched on for 116 years. The Centennial Light, hand-blown with a carbon filament, hangs at Livermore fire station in northern California. It was invented by Adolphe Alexandre Chaillet: exceptional electrical engineer, terrible businessman. There must be a lightbulb joke in there somewhere.

Built in obsolescence isn’t a conspiracy theory but an industry in itself. It’s too simplistic to question its existence per se since it’s played a major part in the success of capitalism. The fast turnover of goods powers growth and creates jobs. Industry has made stuff cheap and available to nearly anyone in rich and newly developed countries. And boy do we go through a lot of stuff – we now appear to rely on it and work longer hours to buy more of it.

So is it all about to crack like the screen of an iPhone? Last year’s Sustainability Summit Report by The Future Laboratory suggests inroads are at least being made. Future-facing brands are attempting to produce ‘eternal products’. Jake Dyson’s 2011 CSYS is an efficient version of the Anglepoise lamp that is expected to last 37 years (not quite 116 years, but it’s a start). The software in Tesla’s electric cars auto-downloads and upgrades while they charge overnight, and the company claims its sensors and hardware are “basically future-proof”. There’s a start-up in the UK called Buy Me Once that represents makers who promise longevity, and they’re keen to expand down under. Already consumers are making use of internet review systems to help guide each other on the quality of intended purchases.

Could the unsustainable capitalist model of disposable decor ever morph into a network of industries based around expensive handmade and small-batch products, services to fix and maintain them, and the nurturing of associated skills?

Co-founder of The Future Laboratory Christopher Sanderson thinks not: “As much as many of us in developed economies would like to see the relentless cycle of the desire for new stuff slow down, this is extremely unlikely to take off on a global scale as increasingly large numbers of consumers with first-time disposable income are being created across the globe.”

My utopia might be disastrously flawed so, for now, I’ll put my feet up on the cheap coffee table and hope it doesn’t break.