Elevating Living Spaces In An .. 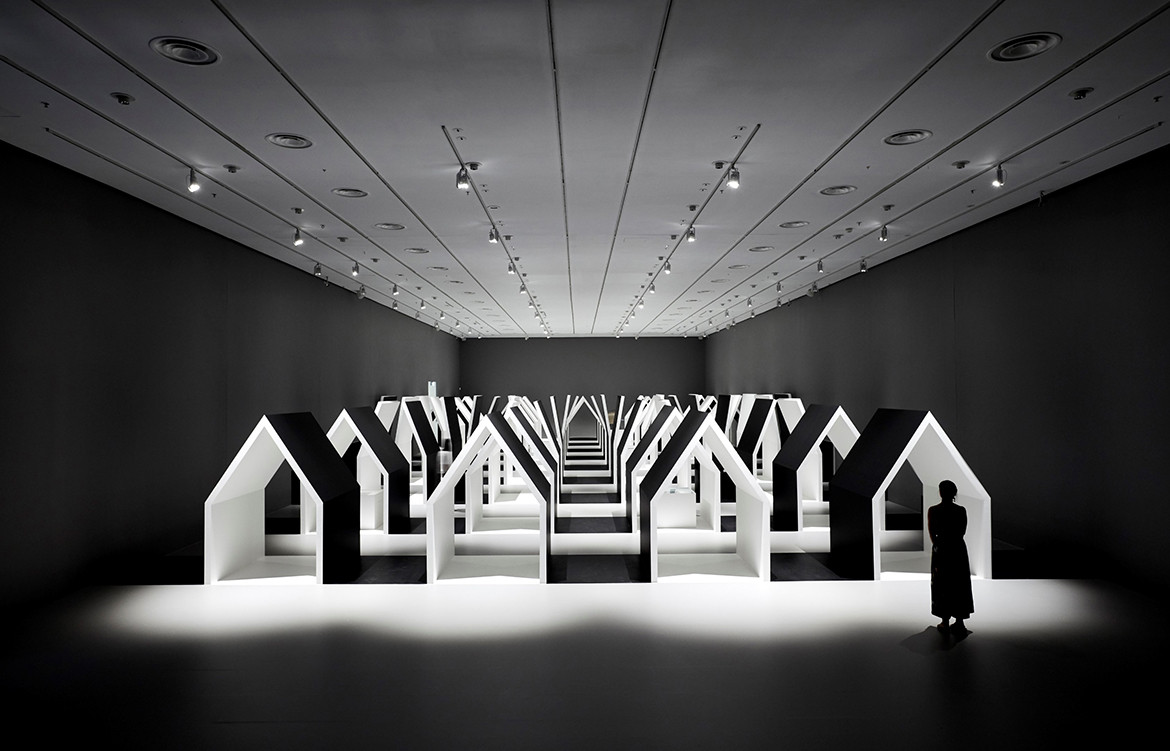 The collaboration between a Japanese design studio and a 20th century master of optical illusion results in the latest exhibition at the National Gallery of Victoria: Escher X nendo | Between Two Worlds.

Pushing forward the relationship between art and design, the National Gallery of Victoria’s latest exhibition – Escher X nendo | Between Two Worlds – is a world first. The premise of the show is to create a dialogue between the work of Dutch artist M. C. Escher and Japanese design studio nendo, led by Oki Sato.

The show seamlessly presents the worlds of one of the 20th century’s most recognisable artists and one of the 21st century’s most inventive designers, including more than 150 of Escher’s most renowned prints and drawings from the collection of Gemeentemuseum in The Hague. Housing these arresting drawings is an immersive exhibition space designed by nendo, accompanied by original work that responds to the methodologies of the Dutch master. 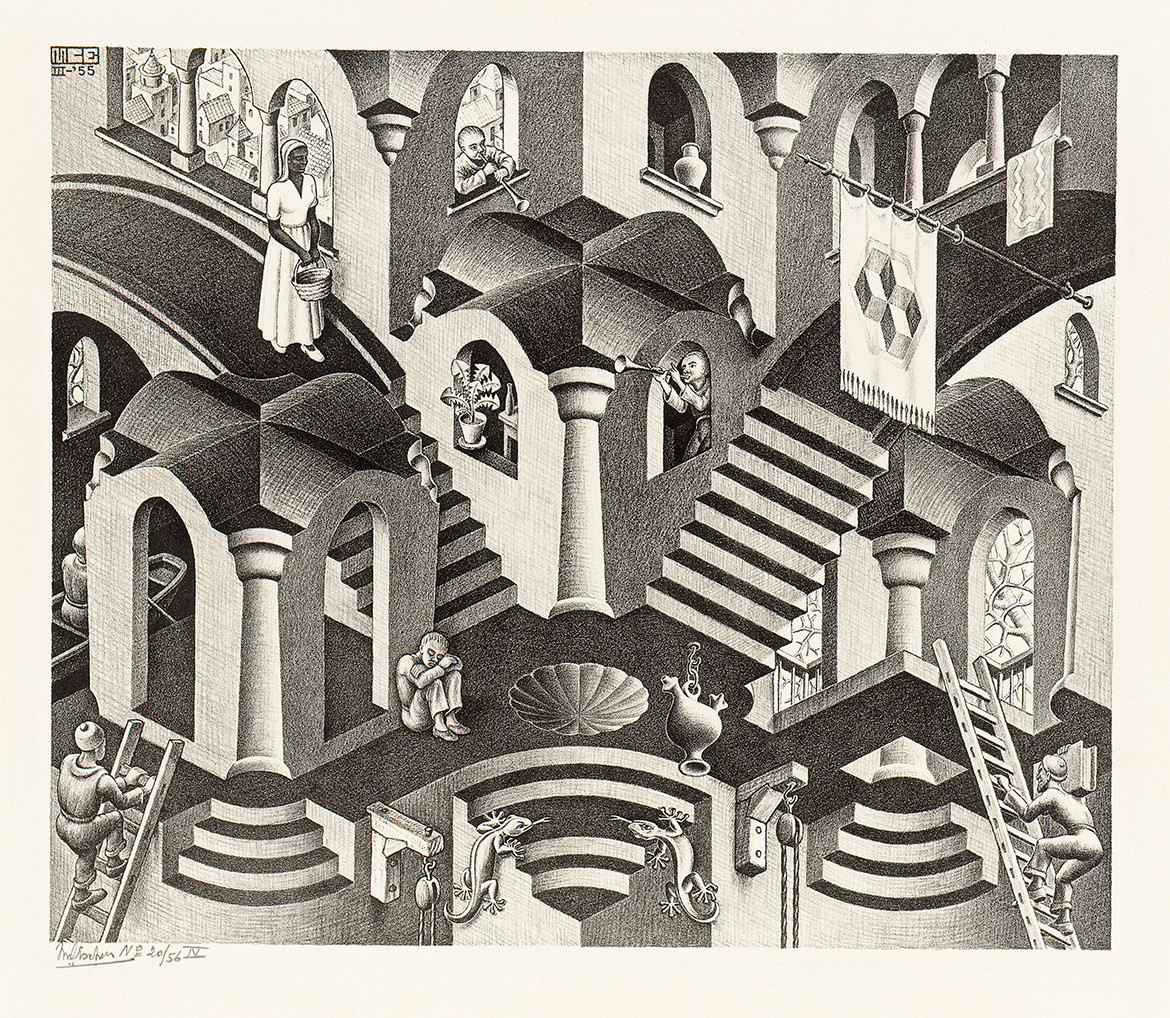 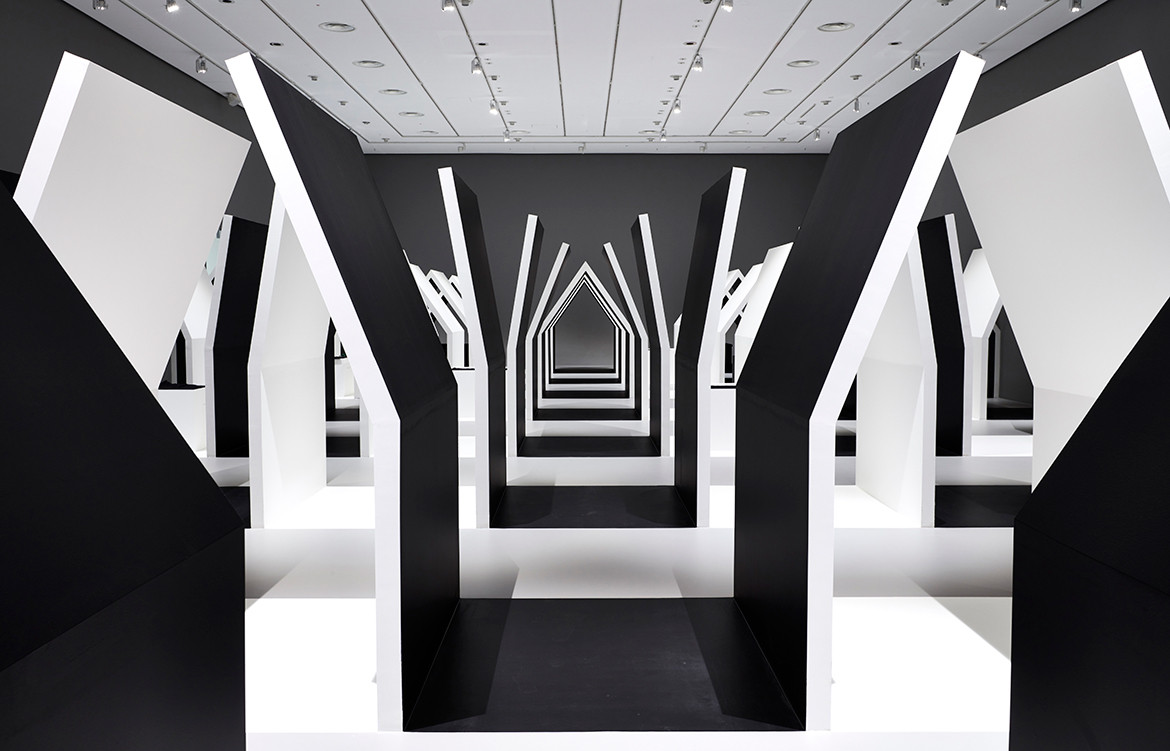 The work of M. C. Escher is famed for intriguing viewers through visual puzzles and testing ideas of space and time in the everyday. Escher’s work depicts impossible architectural structures, endless staircases and seamless transformations of form and pattern. His fantastical constructions and repetitive infinity patterns reveal a technical and inventive genius that in recent years has become increasingly revered and celebrated.

Building on Escher’s optical illusions to create an otherworldly spatial installation, nendo has taken cues from Escher’s manipulation of space and his use of shifting perspectives and playful visual devices. These have inspired the creation of an exhibition experience that transcends traditional gallery displays and manifests Escher’s world in a three-dimensional reality. 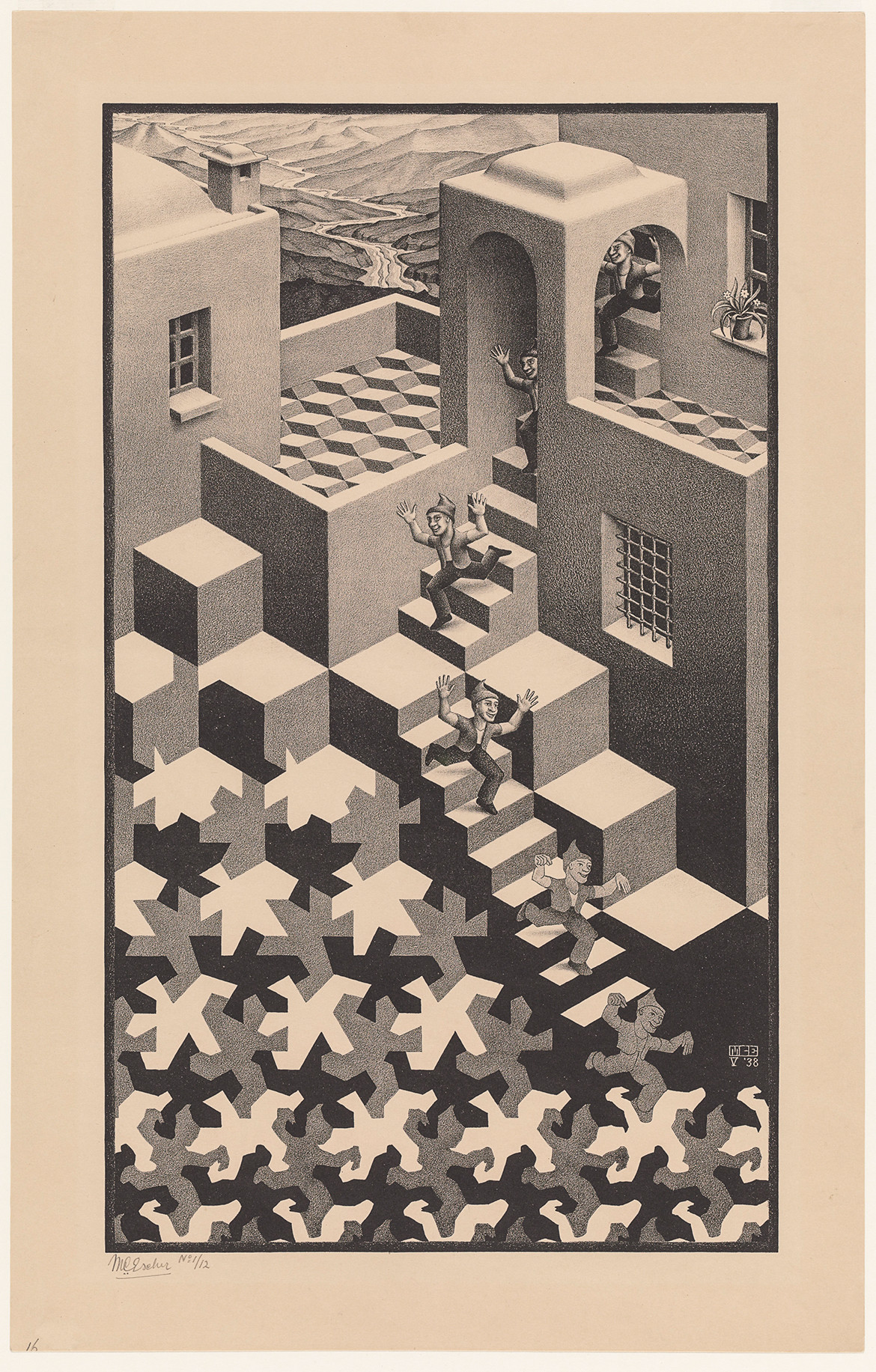 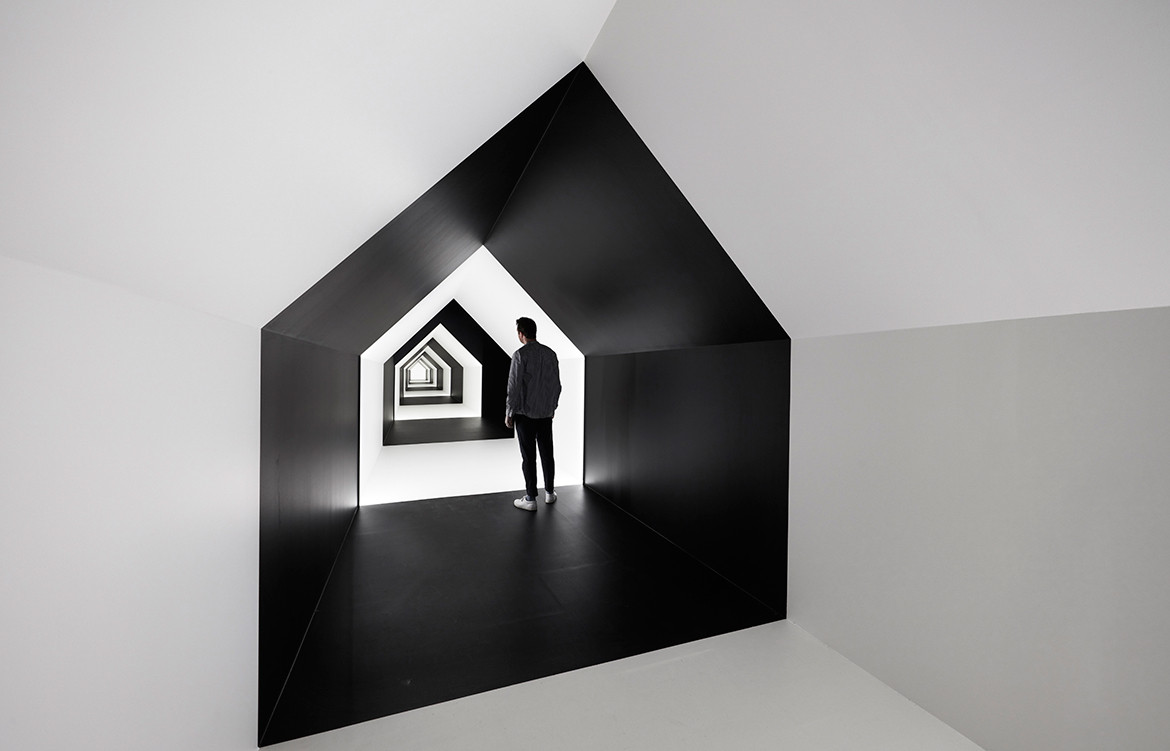 nendo has devised a signature motif for the exhibition design − the minimalist form of a house − universally understood as an icon and symbol of space. The house appears throughout the exhibition in varied forms that reference Escher’s skilful manipulation of patterns as well as creating innovative displays for Escher’s work.

In the lead up to the exhibition, Indesign magazine’s editor Alice Blackwood interviewed the Japanese wunderkind, below is an extract which can be read in full in the latest issue of Indesign Magazine (issue #75).

Oki Sato: I was interested to learn of the obsessive nature of Escher’s working process, and the passion he had for his creations. It is quite clear that Escher did what he really loved doing, and I feel that we have this in common. I found [however] the differences to be more interesting and inspiring.

For example, Escher created three-dimensional expressions in two-dimensional techniques. I am just the opposite, which creates an interesting contrast in this collaboration. A less obvious difference between us is in the creation process and the examination of new ideas. Escher took a ‘seed’ of an idea and pushed it to its limit. He tested one idea in many ways using different techniques, tools and methods.

My process is to bring new seeds of ideas to every project I work on. Generating new ideas is an inseparable part of my process. While Escher evolved ideas in a very logical, mathematical way, I work more intuitively, with reality-based inspirations. So in this exhibition, I tried to [integrate] the nendo ‘seeds’ in the Escher logical thought process. Since both processes require a lot of energy, my brain is already very tired. But I truly enjoyed this process, and it has brought a fresh point of view into our office. 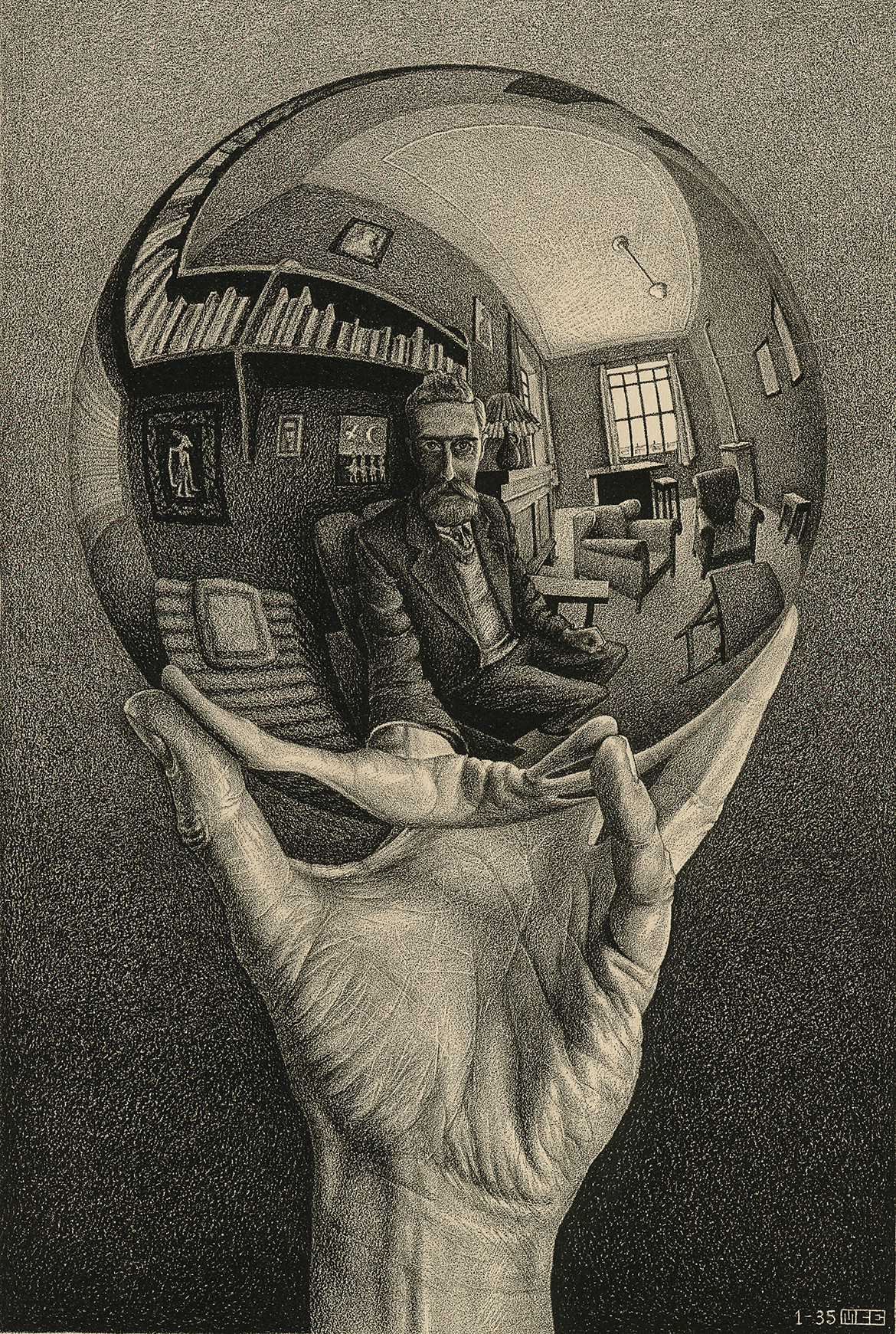 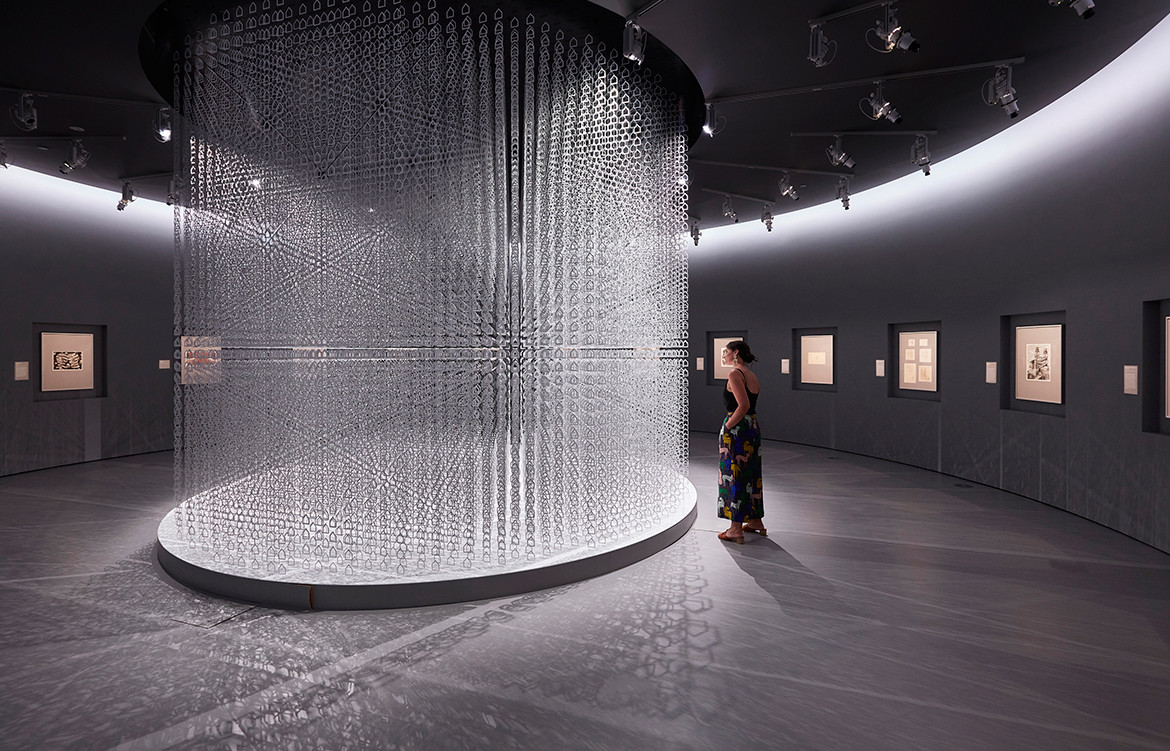 Alice Blackwood: The diversity of your output is so varied, is there a common thread that ties your vast portfolio together?

Oki Sato: I find a project appealing when it is difficult for me to imagine the final output, or when I cannot perceive the impact of its completion. This is when I feel excited about an opportunity. It’s the same feeling I get when I experience something [for the first time], like using an unfamiliar object or technology. A project that has a level of uncertainty, and makes you feel a bit anxious, is a project worth jumping into.

Escher X nendo | Between Two Worlds is open at the National Gallery of Victoria until 7 April 2019. 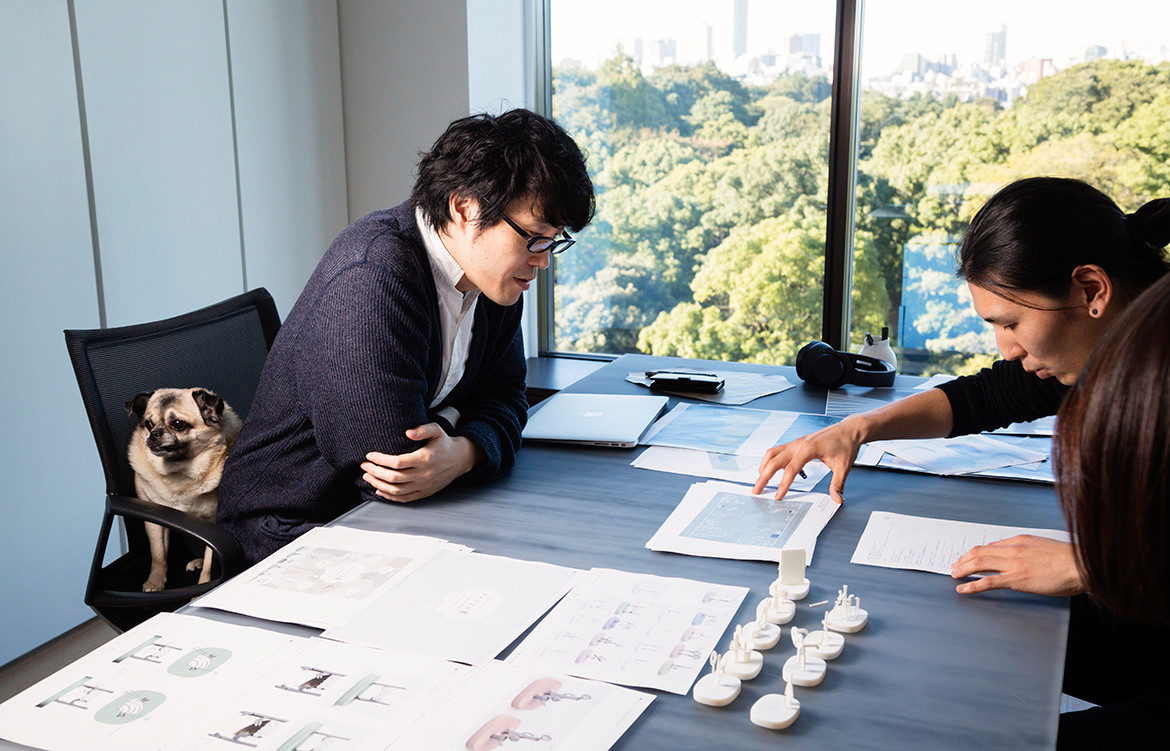 Aleesha Callahan is the editor of Habitus. Based in Melbourne, Australia, Aleesha seeks out the unique people, projects and products that define the Indo Pacific region. Aleesha was previously the editor of Indesignlive.com and has written and contributed to various publications and brands in her 10 years in the architecture and design industry, bringing intimate insight to her stories having first trained and practised as an interior designer. Her passion for mid-century design and architecture began while living and working in Berlin.
Tags:
Architecture art design studio Escher Escher Collection Happenings illusion Japanese Melbourne multidisciplinary studio museum National Gallery of Victoria nendo spatial installation 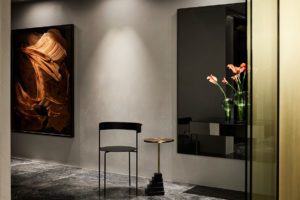 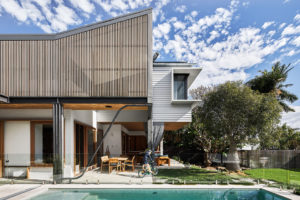 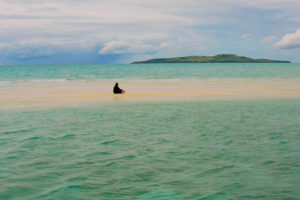 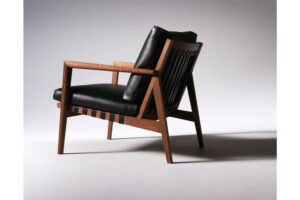 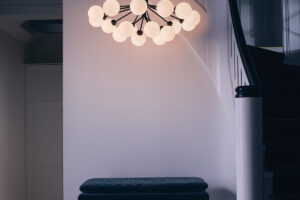 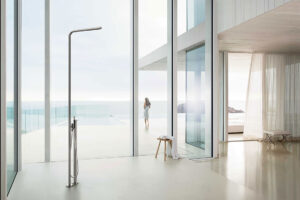 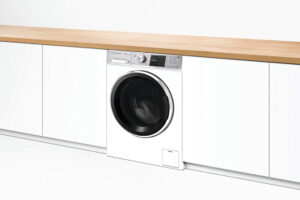