Who Are The Most Influential B.. 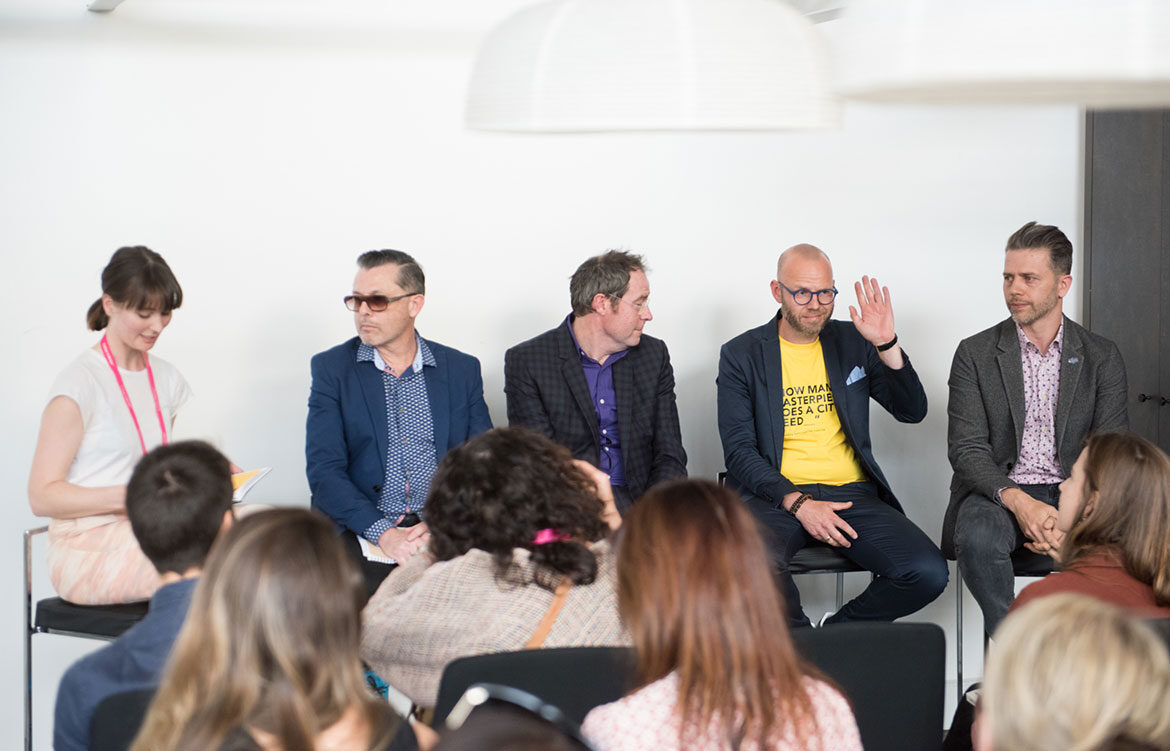 We talked the talk at Sydney Indesign this year and boy did we walk the walk. This years’ Habitus, Design Hunter® Seminar Series was a succession of poignant discussions between well-researched and highly informed industry grandees. Here’s what you may have missed.

Every year the Habitus sponsored, LiveLife Design Hunter® Seminar Series are put together by our team based on what you want to learn about: the challenges facing our industry, the emerging approaches, the new ways of thinking, not to mentioned the out-dated ways of thinking.

We then have a long-hard think about who has a voice on the topic in question, or an authority. Who can speak clearly about their ideas and challenge our own, challenge the other speakers.

For Sydney Indesign 2017 there were three things that we wanted clarification on:

Size and the City: Our Developers Have Some Explaining to do.

It’s a big issue and it’s not going to get better by ignoring it. Current practises around urban developments, urban density and population growth formed the basis for this panel discussion.

The hour-long seminar, with a full CPD accreditation point available for attendees, looked at the future of our cities from an architecture and design perspective. The sizeable majority of people (globally) want to live in the city and developers are very happy to cater to – and profit from – this trend. But how do we make sure it’s done from sustainable and ethical foundations. Furthermore how can architects and interior designers see shiny new developments sit seamlessly in a street lined with traditional Victorian cottages, the infamous terrace house, or repurposed warehouses and electricity substations? What can we do to avoid a divide between new and existing residents? And how can we encourage the existing community to get involved in the planning and design stages?

It was a fascinating discussion between:
Tim Greer, Director at Tonkin Zulaika Greer
Rasmus Frisk, CEO and founder at arki_lab
Glenn Harper, Head of Urban Design at PTW Architects, and
Seamus McCartney, Head of Urban Regeneration at Lendlease
Moderated by Holly Cunneen, Deputy Editor of Habitus
Hosted by CDK Stone

This year at Sydney Indesign this often ignored or subtly sidestepped oversight was brought to the forefront and created the space for discussion within another of the Habitus, LiveLife Design Hunter® Seminar Series.

The panellists came together sharing their experiences, ideas, and insights regarding an all-inclusive Australian design identity, why we’re lacking, how to talk about it, and what to do moving forward.

Trent Jansen alerted the team to the following quotation, which heavily informed preparations. Tasmanian Aboriginal elder and scholar Greg Lehman once said: “White Australians cannot continue to place Aboriginal culture on a shelf, afraid to touch it. This only cements the divide that already exists between white and Indigenous Australians. It is important for people from all backgrounds – artists, musicians, designers etc. to respectfully take Aboriginal culture into their own expressions of culture, and communicate these ideas to new audiences.”

Following on from this the panel discussion will also draw on questions of how non-Indigenous designers and artists can embrace Indigenous heritage without being culturally insensitive, and what constitutes best practice when collaborating with Indigenous Australian artists, designers, or content? Whether Indigenous artists and designers are expected to create indigenous work. What is the importance of Indigenous Australian culture, myths and narratives in a national identity and how can we embrace and support and shared Australian identity.

Talk About Your Generation: Intergenerational Co-Habiting and Residential Design.

Discussing how has the design world approached – or not approached – the re-thinking of the residential environment to accommodate the multiple needs of many generations in the single domicile, formed the crux of this discussion.

Up for discussion, and monopolising the discussion, were points related to: addressing the differing needs and high priorities of multiple generations in the one domicile and creating spaces that extend beyond the constraints of a single generation orientated space. Bridging the gap between generations and creating open, co-habitable spaces that don’t phase out privacy. Finally, discussing efforts to ensure the points above are no longer overlooked. Instead researched and received at every stage and by every team in urban development: city planners, urban engineers, developers, architects, designers and academics.

It was an enthralling discussion between:
Janne Ryan, Ideas Curator and Philanthropist
Rasmus Frisk, CEO and Partner at arki_lab
Eugene Marchese, Chairman and Founder at Marchese Partners and
Diane Jones, Executive Director at PTW Architects
Moderated by Holly Cunneen, Deputy Editor of Habitus
Hosted by Mafi + Kebony By Woodos

Who Are The Most Influential Brands in A+D?

Who Won At The Inaugural INDE.Awards?