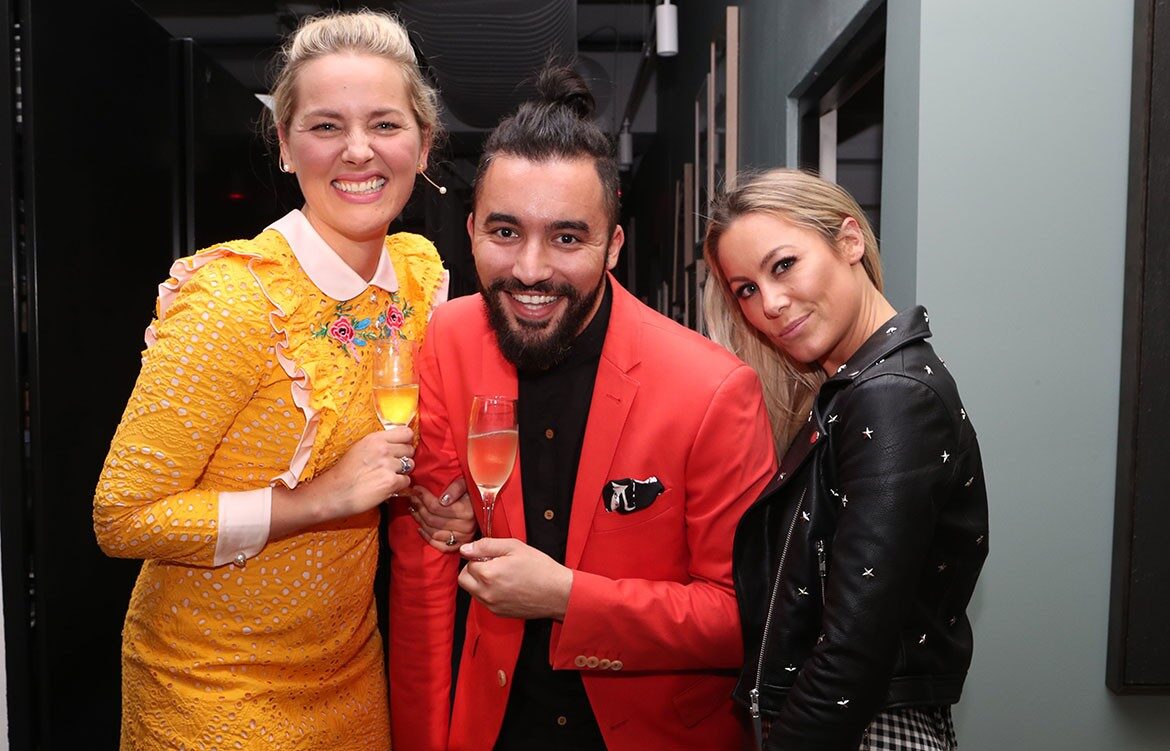 We say happy birthday to the design firm behind some of Australia’s most intriguing built environments, as they celebrate a milestone year with glittering festivities at their Melbourne atelier studio.

After 40 years in the biz, SJB has still got it.

Established by Alan Synman, Charles Justin and Michael Bialek in 1976, the practice has driven many innovative projects and contributed considered design to our cityscapes for decades.

Some of the firm’s most significant works include Melbourne’s Domain in 1993, demonstrating the potential for office buildings to transform into successful apartments, and the Casbah in Waterloo, NSW, which gained multiple local industry awards as well as a World Architecture Festival Award for Mixed Use – Completed Buildings in 2015.

On Thursday 26 October, SJB’s founding directors, new associates, designers, architects, planners, staff and extended network of clients and supporters converged at their Melbourne studio to celebrate the firm’s many achievements, with champagne and nibbles aplenty.

The evening was an opportune moment to showcase SJB’s relatively new workspace, where the team relocated to in mid-2016. Situated within a heritage warehouse building, in a cobblestone laneway so characteristic of the city, the office at 18 Oliver Lane evokes the casual elegance of a Soho loft. Designed with seamless flexibility in mind, the evening saw focused workstations transition into nooks for convivial conversation, all in view of the Melbourne cityscape.

So, from Indesign to SJB: here’s to the next 40 years of a practice that certainly knows how to party!

A Night With Jardan

Up Close And Personal With Henry Tadros Of ercol