Bridging Gaps Between Old And ..

What Do You Know About Sydney Architecture Festival’s New Creative Dir...

The Japanese Art Of Shakkei In..

What Do You Know About Sydney Architecture Festival’s New Creative Director? 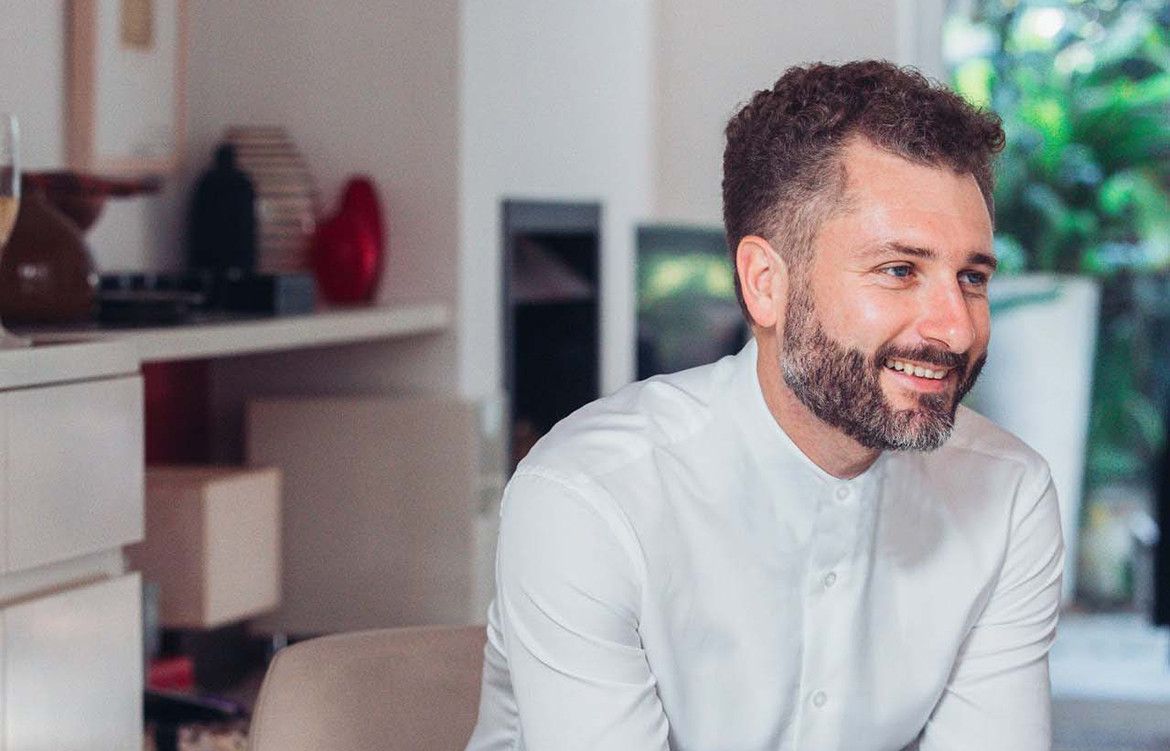 Ahead of the 13th annual Sydney Architecture Festival, themed ‘Making. Housing. Affordable’, Habitus spoke to Dr Barnaby Bennett, who has joined the festival as creative director. With him, he brings a wealth of experience spanning traditional architecture, architectural theory, teaching, publishing, and, suitably, festival direction.

Here’s what the architecture chameleon had to say:

What is your history within the architecture and design industry and what were you doing before you were appointed creative director of Sydney Architecture Festival 2019?

Since graduating from my architecture degree in Wellington in 2005 I’ve pursued a liberal range of architecture and architecture adjacent projects. I’ve worked on small permanent residential and commercial projects in Wellington, Melbourne and Christchurch; small temporary projects in post-quake Christchurch where I was part of a group that used temporary and tactical urban projects to both critique and support the recovery of the city; large permanent projects, most notably a few years at RMIT working alongside Prof Mark Burry on the Sagrada Familia project in Barcelona; and a large temporary project with BVN supporting their masterplan proposal for the Rio Olympics.

In parallel to the design practice above I’ve been running a publishing company called Freerange Press that variously profiles and critiques contemporary cities and design activities. This developed out of my time and many friendships in Wellington when I was also worked on many music, arts, and design festivals and parties.

I finally finished my PhD thesis early this year which looked at the political role of temporary projects in post-quake Christchurch and specifically at the way they revealed themselves as political agents when viewed as being forms of infrastructure. In October last year I was the creative director of the major event of Christchurch’s Festival of Transitional Architecture and worked with 10 groups of master’s architecture studios and several artists to produce a festival night that attracted over 10, 000 people. More recently I led a project with a colleague Dongsei Kim that was part of the Seoul Biennale for Architecture and urbanism.

What do you think are the pressure points are in residential architecture and what can architects do to relieve them?

There is a real danger that we fall into the fallacy of thinking that individual design propositions can solve a systematic problem. This is even more dangerous for designers in relation to housing affordability as the proposition often ends up being about how we can build something cheaper and not much worse, which is not generally a good result for the city in the long run. So I’d say the pressure points are really in our role as public advocates for the changes that can get more people into housing. These include new financing models, different land ownership laws, more productive participatory processes and less nimbyism, developing codes that support a wide range of housing typologies. Once these start to change then architects have an enormous opportunity to start re-inventing parts of the city in ways that are really beneficial for the residents, public and environment. 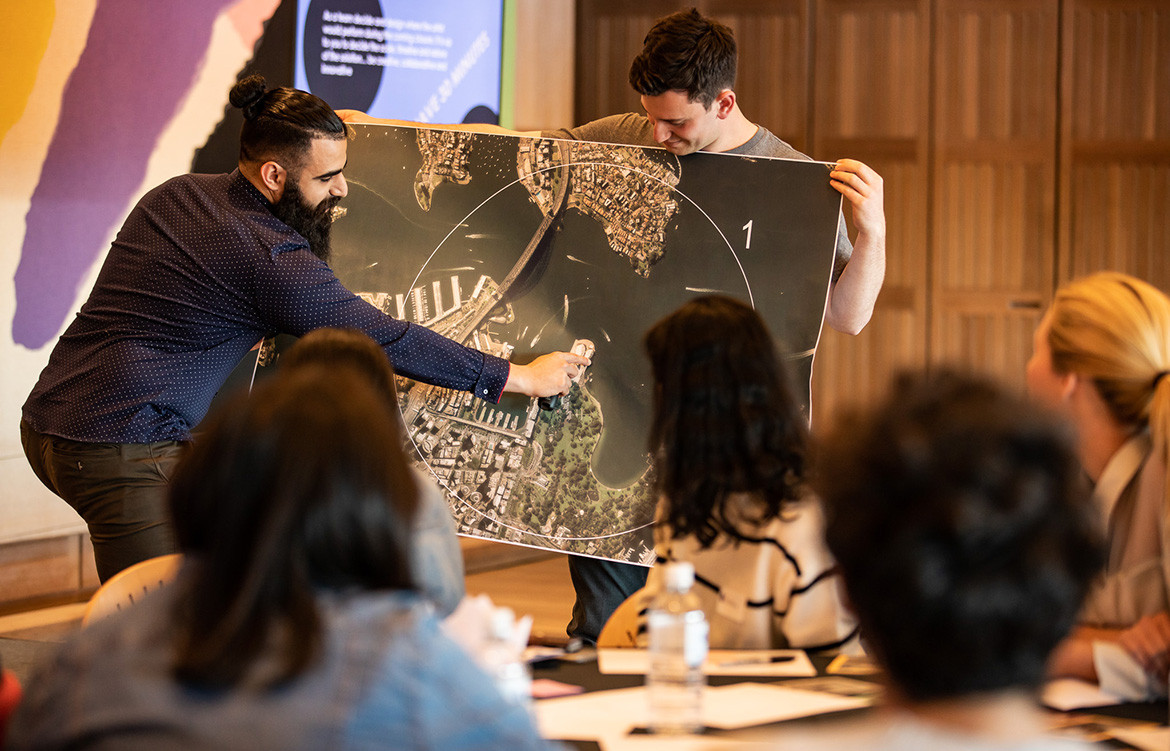 This year’s theme is ‘Making. Housing. Affordable’. What are you hoping participants will gain from attending the seminars, exhibitions and tours?

It might sound counterintuitive but one of the main things I want people gain from coming to any of the events in this festival is that there are no silver bullets to addressing housing affordability, and particularly that design can’t solve the problem. An important aspect of this is that affordable housing is not the same thing as housing affordability and may not even address it substantially. The more optimistic and equally important flipside is that change is definitely possible, but it requires systematic and sustained effort.

In many ways housing affordability is like climate change. We’ve got to stop thinking that individual propositions and projects are enough and start collectively looking at how to build a new world together. This means we will have to give up some of the things we are attached to and identify as being important, but the gains from a few sacrifices are huge and if done well and with care we would then start to live in a more healthy and just world.

For housing this means we need to give up some of our desires for large sections and even home ownership being the end goal. Governments need to shift their approach to housing as something that can be sufficiently provided for by the market and start seeing it as an infrastructural provision itself that provides massive public benefit when done well and for everyone.

How did you and the team come up with the topics for discussion for this year’s Sydney Architecture Festival?

The Sydney Architecture Festival is quite unique in that it is quite specifically a function of a piece of legislation from the NSW State parliament. The festival is run out of the office of the NSW Architects Registration Board, and this board has a legal obligation ‘to promote a better understanding of architectural issues in the community.’ I think this is such a wonderfully written objective as it’s not about promoting architecture but rather it’s about developing conversation with the public about important architectural issues.

It’s clear that housing affordability is a critical architectural issue that affects almost everyone and that most designers and architects confront regularly. The positive response from the architecture community and their interest in developing opportunities to work and talk with the public in relation to this issue reflects this interest.

I bring my publishing and design experience to organizing a festival like this. It’s a really fun but careful task of bringing together diverse voices in a way that lets them speak clearly, while also providing an overarching narrative and set of problems or questions. It’s like solving a puzzle. 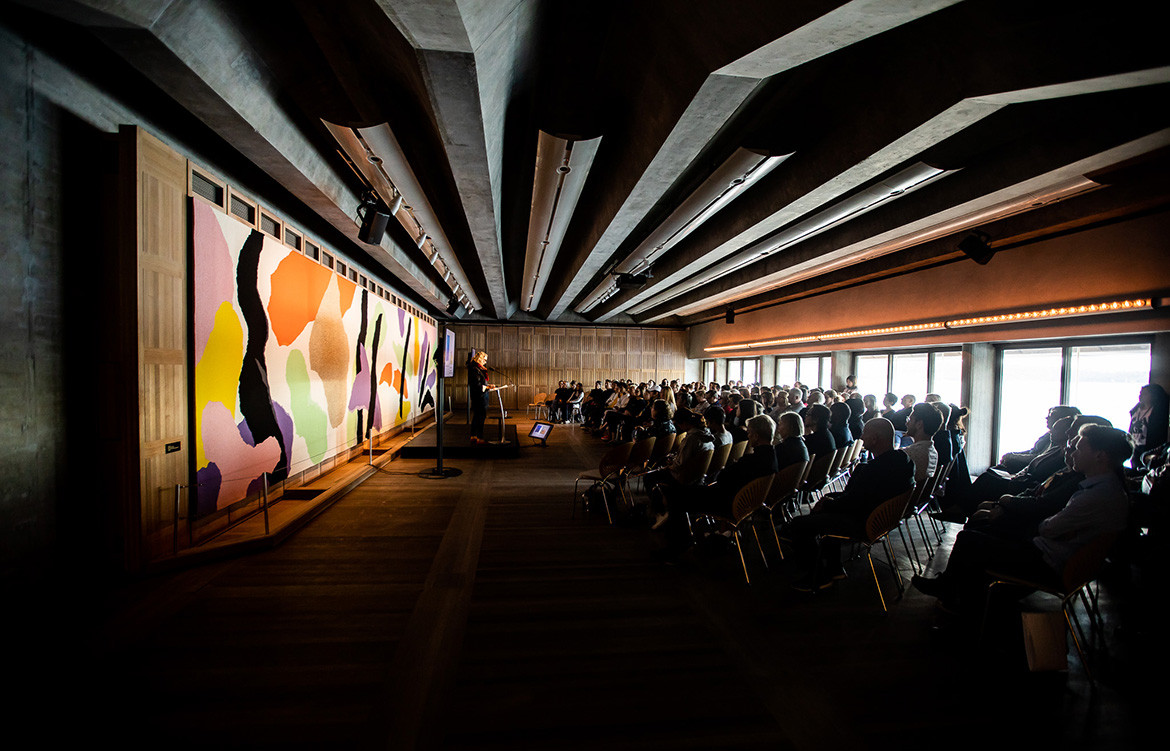 What events are you most looking forward to?

All of the events are strong for different reasons. But there are three that I’m most excited about. First is the four parts of the Better Housing Now symposium on the weekend of the 16th and 17th. There is a temptation to dumb down public facing events so people aren’t assaulted by too much jargon and expert language, but for this series of talks we are inviting the public to see and hear from the different government agencies, housing advocates, designers and scholars that are working on these problems so they can really get into the details and complexity. We are working with Shelter NSW, Committee for Sydney and Government Architect NSW on this series of talks. I think it’ll be very eye opening.

The second event I’m really excited about is the Architectures of Affordability on the final night. We’ve to got two world class architects, Timothy Hill and Paul Karakusevic, and communicators talking in the same evening, it’ll be such a good way to end the festival.

The third favourite event is an Unaffordable Housing kayaking tour we are organising which will be really fun to see the city from the sea while also being a sobering insight into the city’s history.

How have you continued the festival’s maturation now in its 13th year?

We’ve moved the festival away from Labour Day weekend this year so that it fits into the year and the annual calendar of events better. We’ve also expanded the festival from being a weekend to a full week so that we can work with a bigger range of partners. I like the idea of the festival not being a festival for architects and their associated organisations but rather it’s these groups collectively putting on a great annual event for the people of the city.

The Sydney Architecture Festival 2019 runs for the first time for a full week from Monday 11th – Sunday 17th November and you can see the complete programme here. 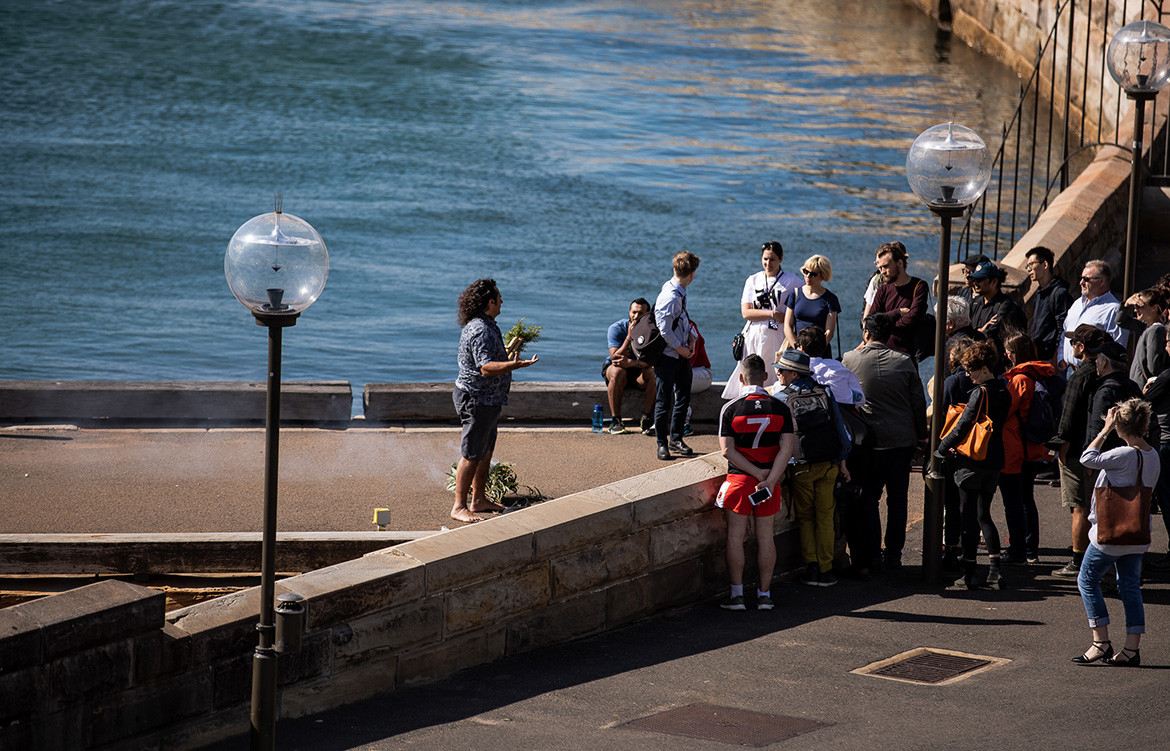 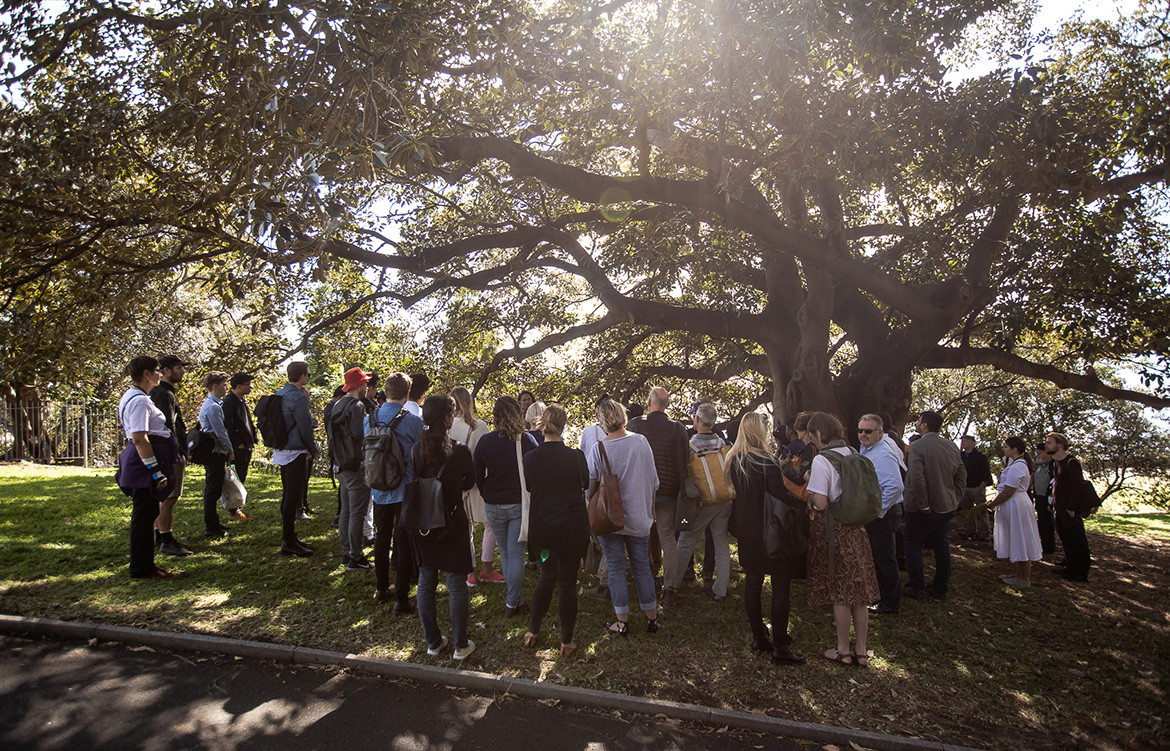 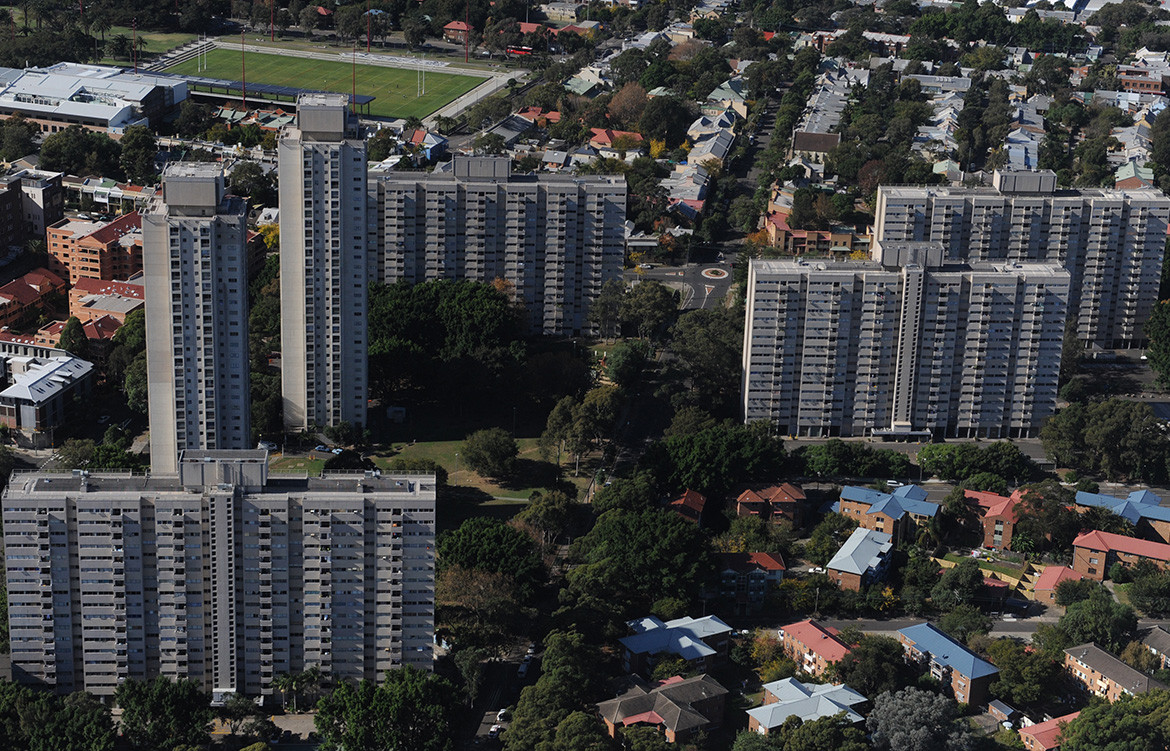 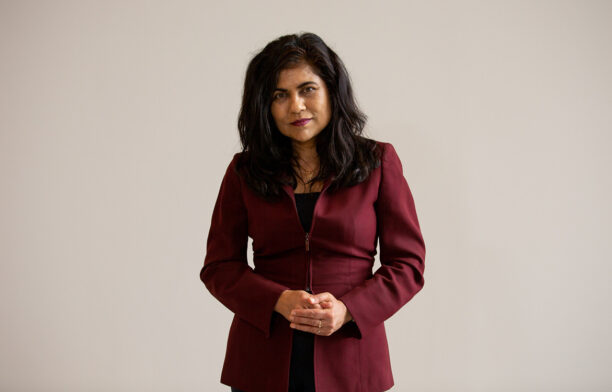 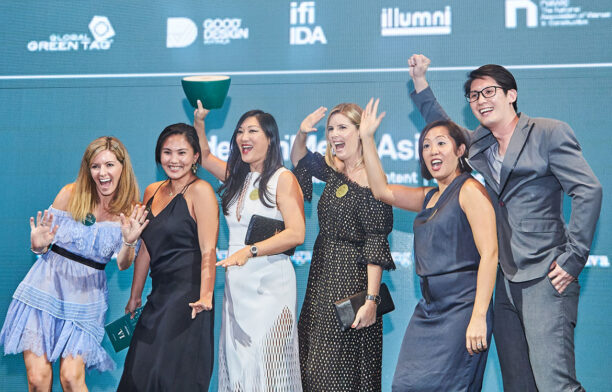 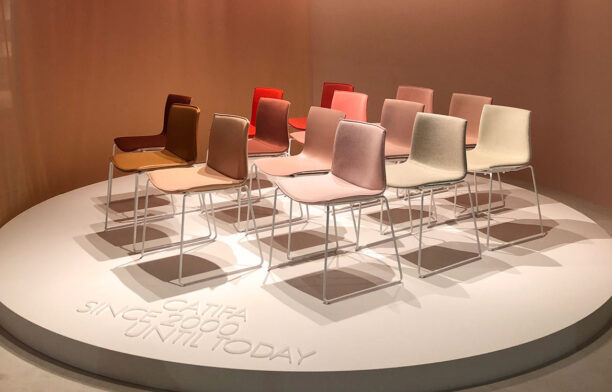 Habitus Is Heading To Salone Del Mobile 2020 – Are You? 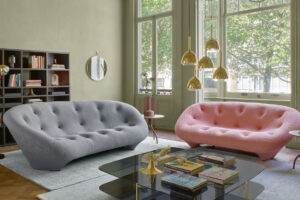 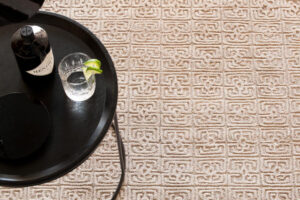