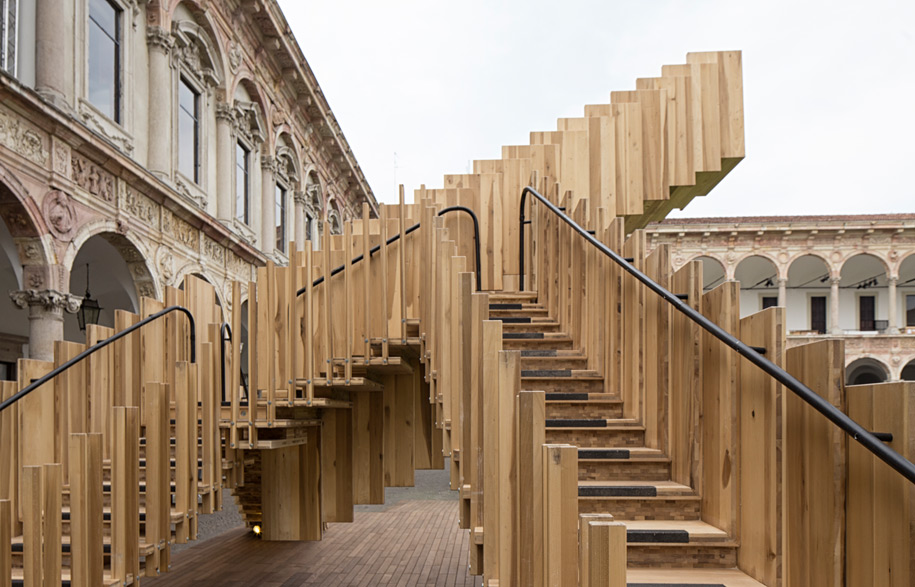 A new interpretation of the extraordinary Endless Stair hardwood structure has been unveiled in Milan.

Endless Stair, an intriguing structure of Escher-like interlocking staircases made from American tulipwood cross-laminated timber (CLT), has fast become a feature at Interni Magazine’s ‘Feeding New Ideas for the City’ exhibition at the Università degli Studi in Milan. 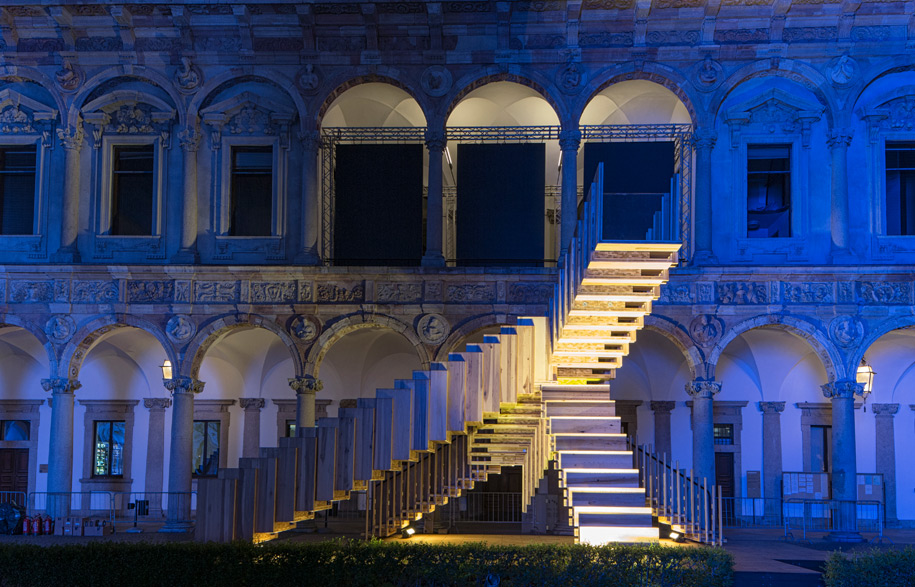 Designed by de Rijke Marsh Morgan Architects (dRMM), engineered by Arup, and built by Imola Legno and Nüssli, Endless Stair was conceived as a three-dimensional exercise in modular timber construction, offering the potential for reconfiguration and adaptation to different contexts. The Ca’ Granda building, one of main venues in the FuoriSalone event, became the setting for Scale Infinite – the latest iteration in the life of Endless Stair. As their Landmark Project for 2013, Endless Stair was installed in front of the Tate Modern, during last September’s London Design Festival. 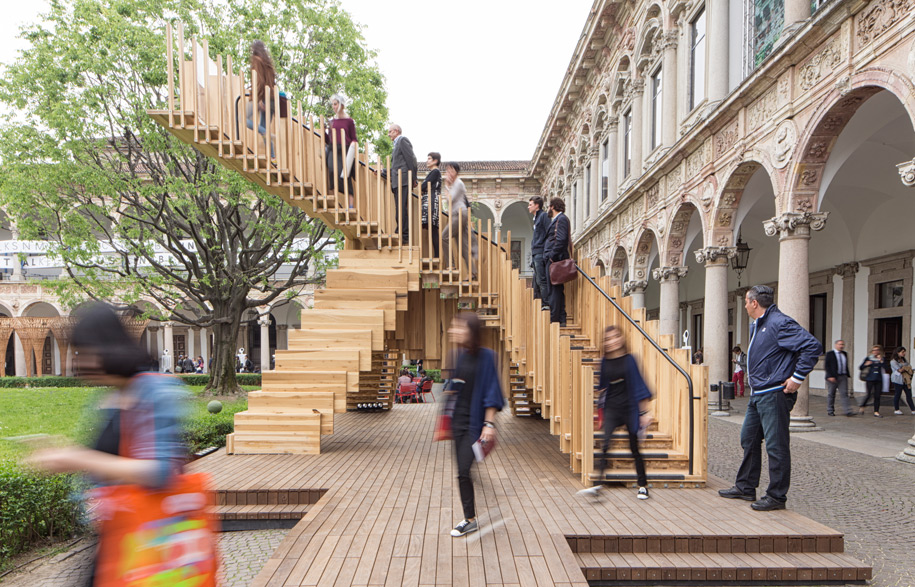 Maintaining the initial influence of Escher, Scale Infinite is a further play on perspective. Six interlocking flights of steps have been joined together to create a visually arresting form, offering a compositional contrast to the classical uniformity of the surrounding Renaissance building. This game of perspective also gives users the chance to experience the elegant courtyard of the Ca’ Granda from a unique viewpoint. Scale Infinite is a deliberate contrast in material, scale and composition to its harmonious new backdrop in Milan; it is a provocative aesthetic and, as ever, adds a new dimension to the context in which it stands. 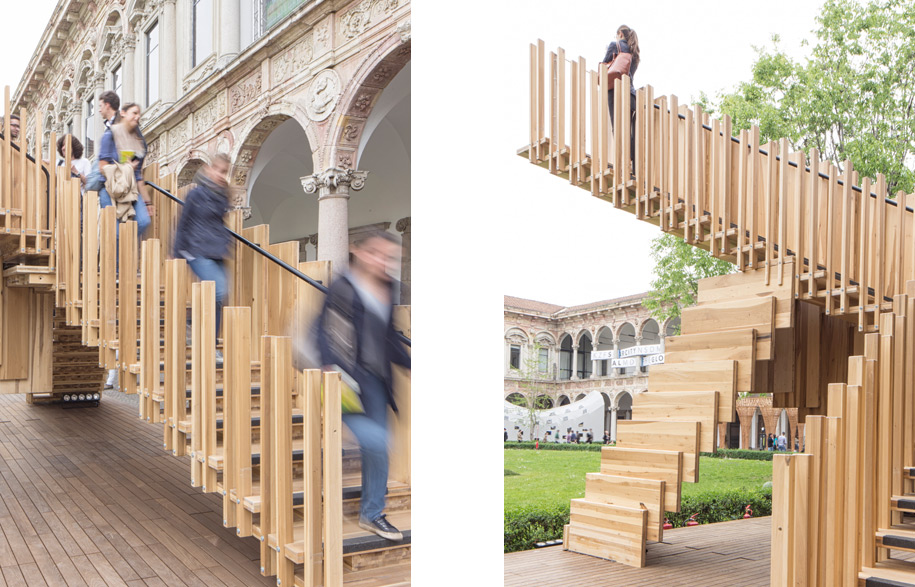 Scale Infinite is not just an exciting wood sculpture, it is also part of a unique research project that is advancing the knowledge of timber construction and sustainability. This project is the first ever use of hardwood for cross-laminated timber (CLT), which is usually made from softwood. American tulipwood (Liriodendron tulipifera), whose name is derived from its distinctive tulip-shaped flowers, is an abundant and relatively inexpensive American hardwood. Crucially for this project, it is incredibly strong and stiff for its weight. 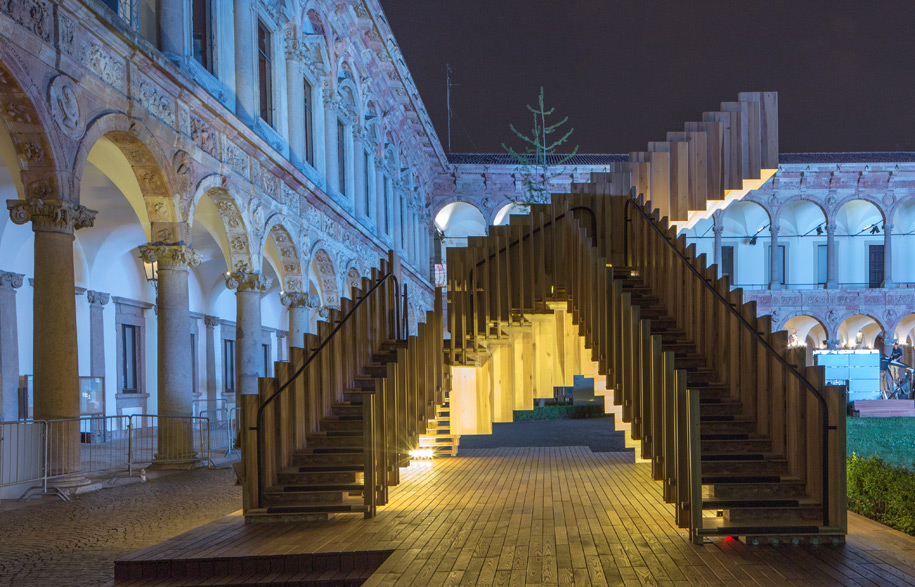 “This project is helping to demonstrate that hardwoods, with their high performance and attractive appearance can add a new dimension to future timber construction,” says AHEC’s European Director, David Venables. “We are really excited about bringing the structure to this important event in Milan and believe it will be a major attraction and talking point.” 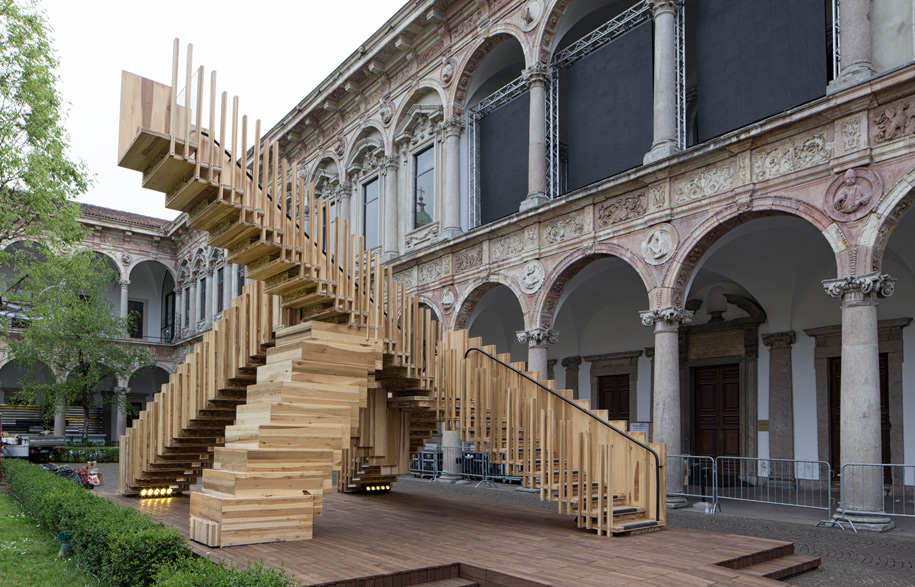 The latest reincarnation Scale Infinite pushes the design of the CLT elements even further by using performance data gathered from the London installation. Experimenting with the re-arrangement of landings and extending the cantilevering top flight to its limit, Scale Infinite has lifted engineering design to a new level. 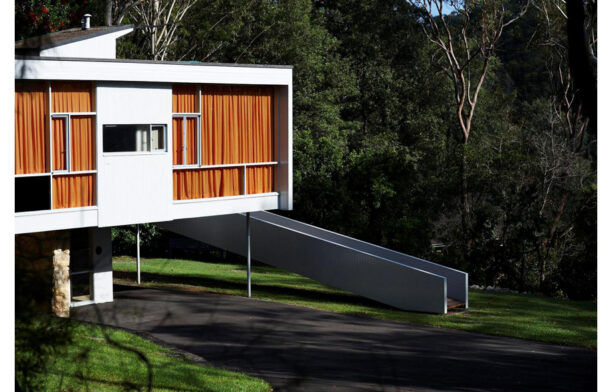 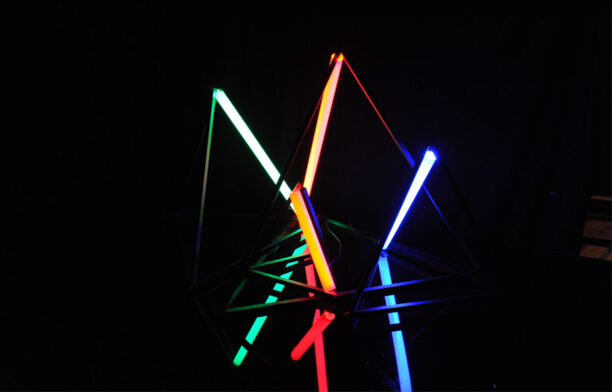 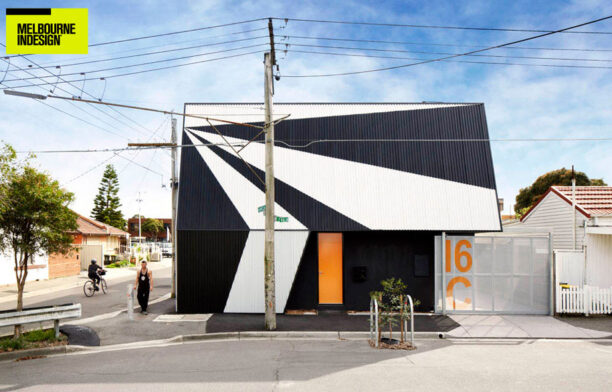 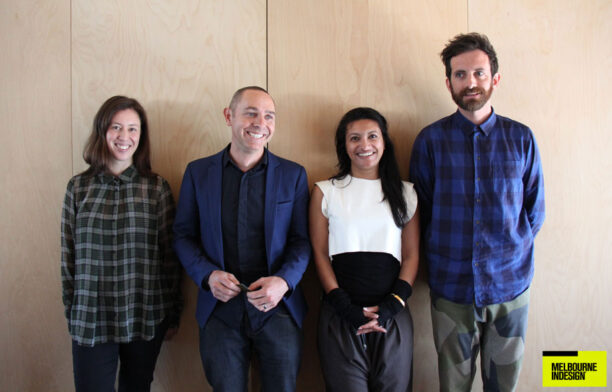 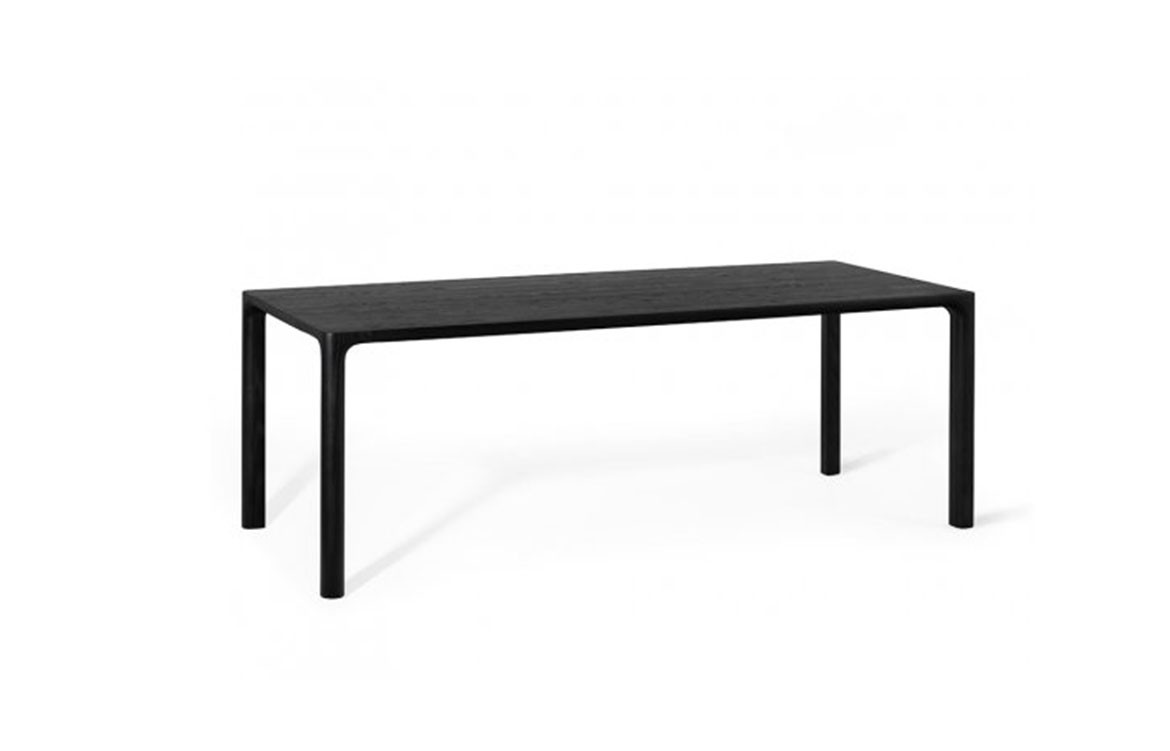 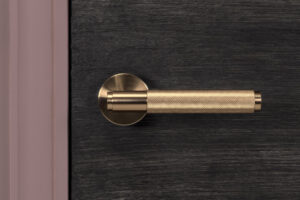