Sam I Am at fortyfivedownstairs 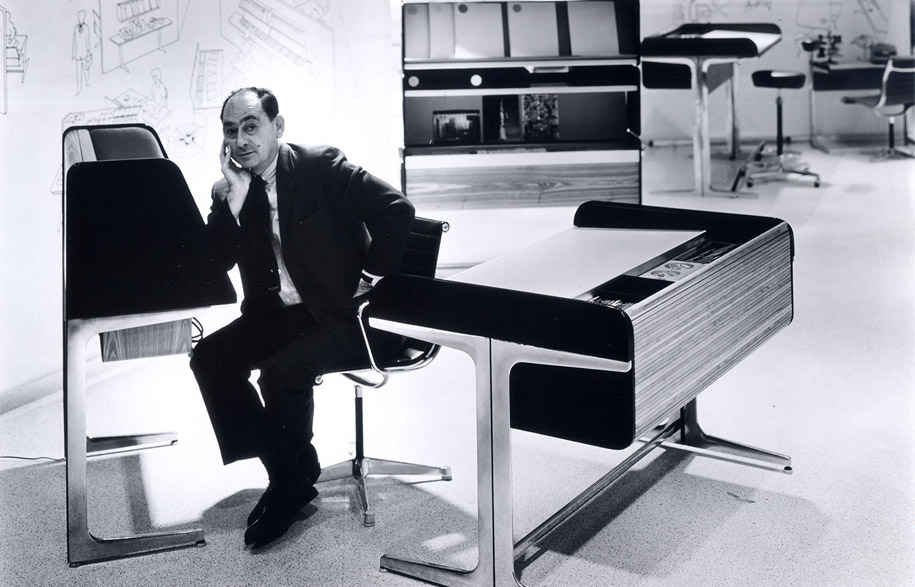 Herman Miller presents the exhibition ‘George Nelson: Architect, Writer, Designer, Teacher’. One of the most influential American designers of the twentieth century, George Nelson (1908-1986) was not only a leading designer and notable architect, but also a prominent author, editor, lecturer, exhibition designer, and a passionate photographer.

George Nelson: Architect, Writer, Designer, Teacher explores Nelson’s visionary work. Initially trained as an architect with a degree from Yale, Nelson went on to become design director of Herman Miller, where he created modern furniture classics including the Coconut Chair (1956), the Marshmallow Sofa (1956) and Action Office (1964).

As an author Nelson was prolific. In his many essays on design, he was one of the most prominent to reflect on the working conditions, duties and objectives of his profession at a time when the field was in its infancy. Nelson’s vast legacy in areas from graphics to furniture, his notion of design as a fusion of interrelated interests, and his achievements as a design teacher, combine to give his work particular relevance and appeal in today’s context.

The exhibition is divided into five subject areas, and includes furnishings from the Vitra Design Museum’s Nelson collection. 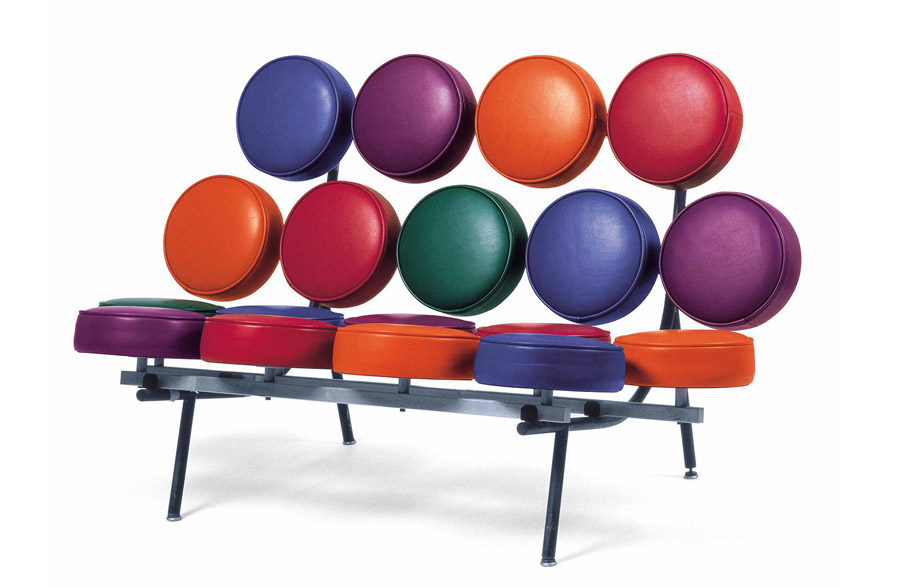 1 Nelson and the House

As an architect, designer and writer, Nelson was deeply interested in domestic living and interior furnishings. He was a pioneering planner and designer of the modern single family home during the 1940s and ‘50s. This section explores some of his work including the Sherman Fairchild House (New York, 1941), The House of Tomorrow (bestselling book on modern housing, 1944), the Holiday House (model vacation home for Holiday Magazine, 1950), and Experimental House (design of a modular prefabricated house, 1952-57). 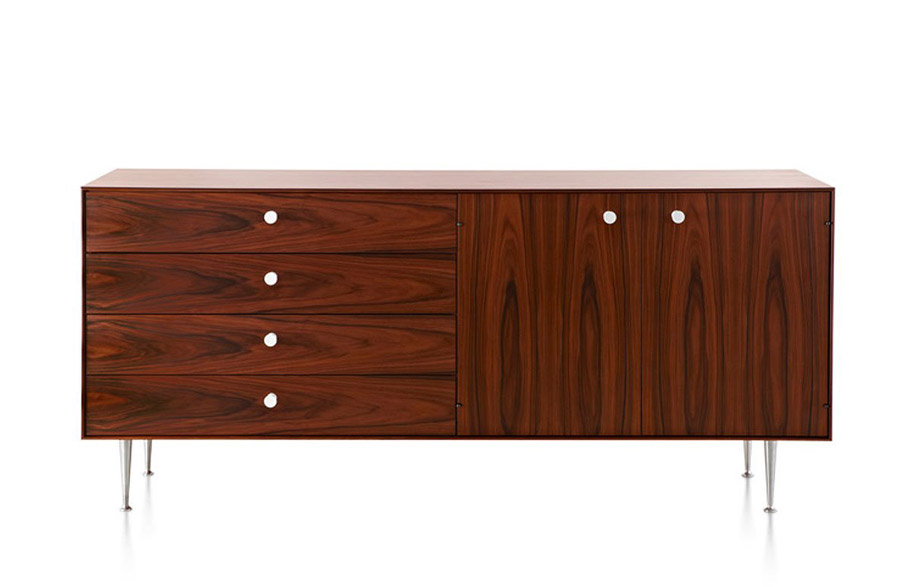 As design director at Herman Miller, Nelson had a major influence on the product line and public image of the company for over two decades. Nelson was responsible for collaborating with many of the iconic designers of the era from Charles and Ray Eames to Alexander Girard. Brochures, advertisements and vintage audiotapes on display document the development of corporate design at Herman Miller from the mid-1940s into the 1960s. 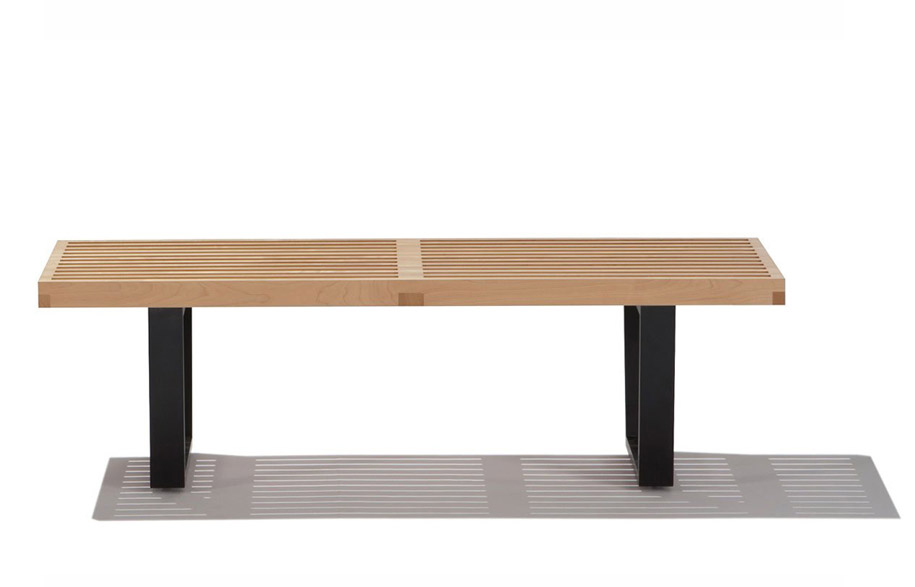 During his tenure at Herman Miller, Nelson was a prominent innovator in the development of the modern office environment. His L-shaped desk was the forerunner of the workstation (1947), Action Office (1964), and Nelson Workspaces (1977). 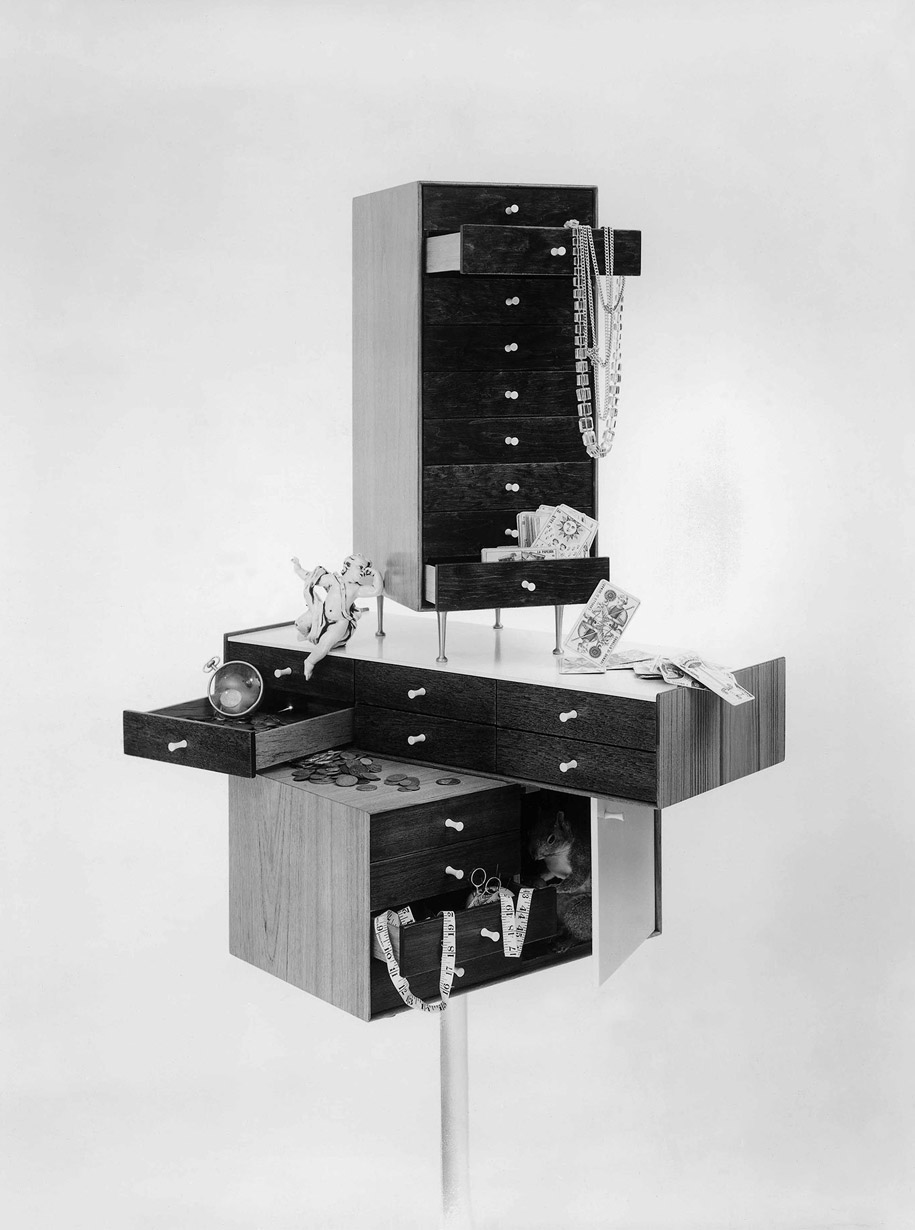 Nelson’s wide-ranging abilities culminated in the organisation and design of the American National Exhibition, Moscow, in 1959. Also featured in the exhibition is his work for the Chrysler Pavilion at the 1964-65 New York World’s Fair, and for the United States Information Agency. 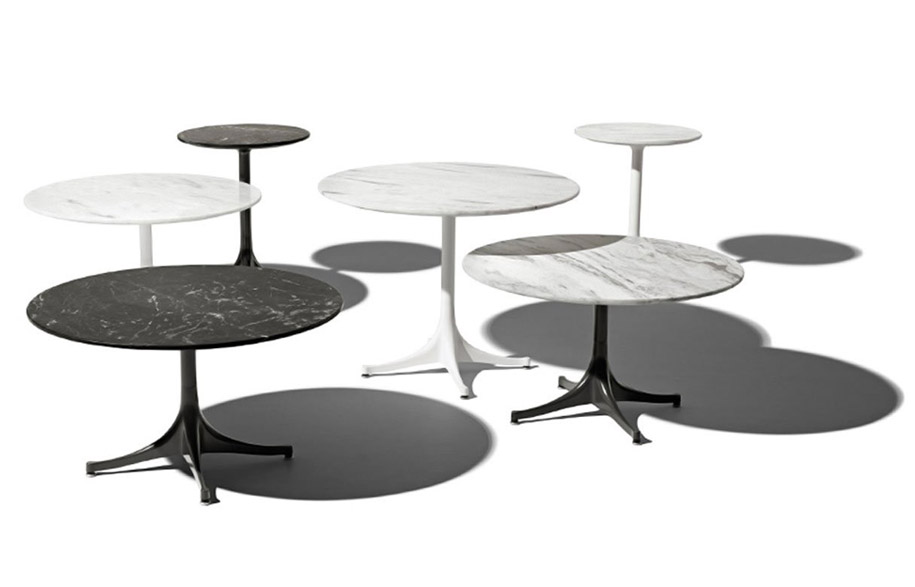 Nelson was an accomplished author and editor, and one of the most important thinkers and visionaries in the realm of twentieth-century design. This section of the exhibition provides an overview of Nelson’s numerous articles and books. It also reveals some of his films and slide presentations, addressing urban planning, consumerism, and aesthetic perception in Western society.

George Nelson: Architect, Designer, Writer, Teacher will be on display at the Powerhouse Museum, Sydney from August 3rd 2013 until 10th January 2014. 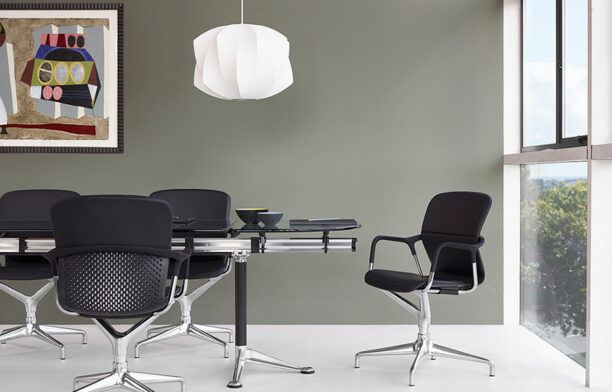 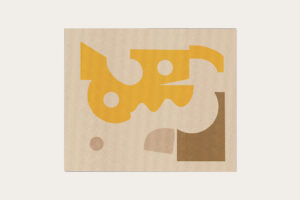