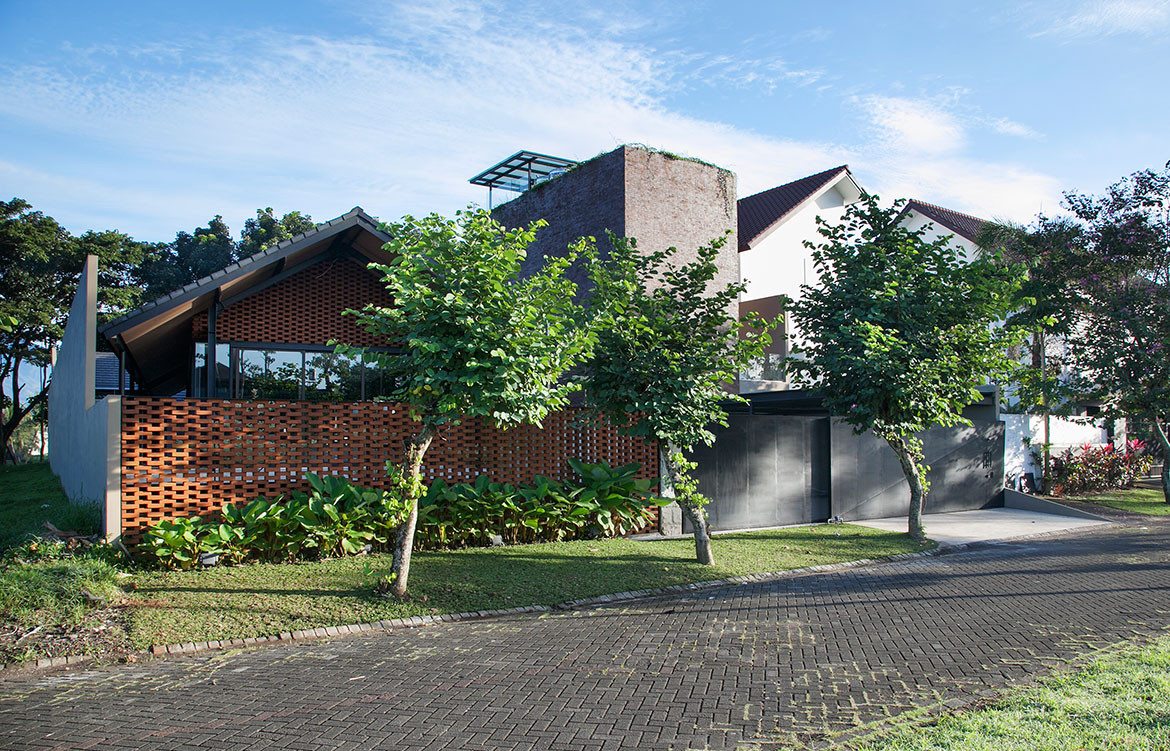 Borrowing from traditional Javanese architecture, then tweaking it ten degrees, creates an exceptional indoor–outdoor experience in this family home.

Roemah Kampoeng (Kampung House) is a story of familial bonds in the age of individualism. The house sits lightly on a 1,000-square-metre plot overlooking a green, sprawling golf course. It is designed by Surabaya-based architect, Paulus Setyabudi, for Teddy Gunawan, a returning client who wanted to build a house for his younger brother, Ruddy.

Paulus had previously designed Teddy’s home in Surabaya, the hot, humid and bustling capital of the East Java Province and Indonesia’s second largest port city. Malang, however, is ensconced in a mountainous area 500 metres above sea level and blessed with a cool climate that borders on the sub-tropical. These two climatically different cities shared a version of Javanese culture that is a touch more egalitarian than that of the more blue-blooded cities in Central Java like Jogjakarta or Solo.

Teddy specified only two things for the project: the budget and the contractor (who specialises in building warehouses and factories) and let Paulus shape the rest of the design brief. “Physically it must be light,” he said of the architectural shell of the house. “So, we set the maximum built area of 500 metres-sqaured and decided to use steel structure and as many local materials as we could, making the best out of the budget and the contractor’s skill.”

As its name suggests, Paulus took the inspiration for Roemah Kampoeng’s concept from the traditional Javanese kampung house. “The kampung house typology is very simple: gable roof and post-and-lintel system with non-structural walls. It’s the most effective solution to answer the challenges and harness the benefit of Indonesia’s climate,” he explains.

In Javanese philosophy, a house is an embodiment of one’s relationship with one’s surroundings – be it nature, other people or other buildings. There are many types of traditional Javanese houses; the higher up its dwellers’ place in the (feudal) society, the more complex the shape of its roof and the more layered its spatial zoning. The simplified version of this consists of three main areas: pendopo (public area consisting a multi-functional open-air pavilion), pringgitan (semi-public, transitional areas that include service areas), and omah ndalem (private spaces like bedrooms). In the olden days, one could tell a family’s relationship with its neighbours by the size and liveliness of its pendopo.

Paulus was inspired by how this traditional zoning places equal importance on indoor and outdoor spaces. “We are living in the age of individualism that has weakened family and social ties. I wanted to highlight the outdoors as a space for social interaction,” he explains. The house’s green and breezy site was a perfect backdrop for this vision.

The site’s rectangular footprint of 20×50 metres could have easily resulted in a series of linear masses with monotonous corridors. Paulus sidestepped this trap by rotating the axis of the main volume by ten degrees. “This design decision resulted in spaces with interesting perspectives – the wide narrows and the narrow widens. We use narrowing perspectives for private spaces and widening ones for more public functions,” he says. The volume was split into two areas connected by a roofed courtyard. The front part serves as the pendopo, comprising the verandah and living space, and the rear serves as the pringgitan, comprising dining room and pantry.

Barring the service area, which is a three-storey brick volume placed on the side of the site, the house is composed entirely of single-storey volumes. Solid walls are reserved for bedrooms, powder room and bathrooms at the rear part of the site that overlooks the golf course. Everywhere else, steel structures are paired with operable glazed surfaces and perforated brick screens, creating a visually porous environment with fluid indoor-outdoor boundaries.

The local materials shine in its bare simplicity. Terracotta rooves with generous overhangs cast shadows on the cream-coloured terrazzo and Tulungagung marble floor. Greenery is peeking out among the gaps between the bricks, through which fresh air flows inside. Semi-enclosed spaces and corridors between volumes form a network of alleyways that strengthens the kampung atmosphere.

It’s easy to imagine the family members and friends mingling and lounging around the pendopo area, prepping and enjoying a meal together in pringgitan, and children exploring the indoors and out before retreating to one of the calmer corners of omah ndalem and bonding with each other instead of their smartphones. Roemah Kampoeng makes a strong case for forging a familial bond with its warm and sophisticatedly articulated kampung spirit. 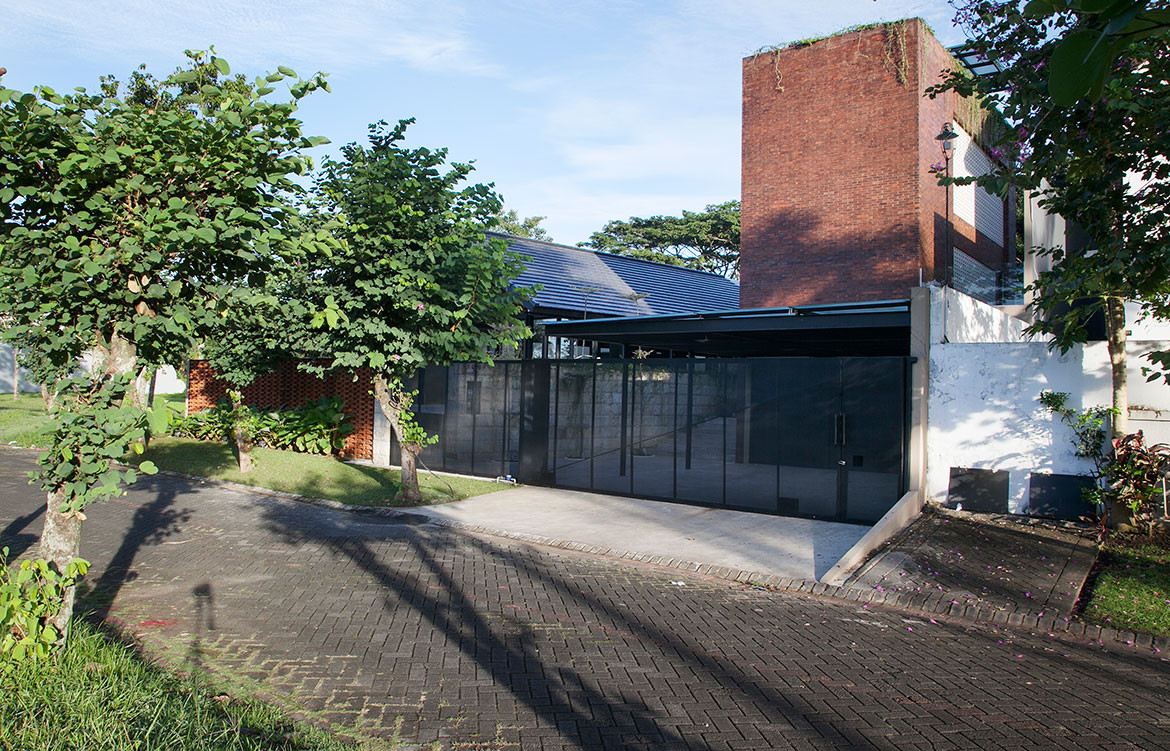 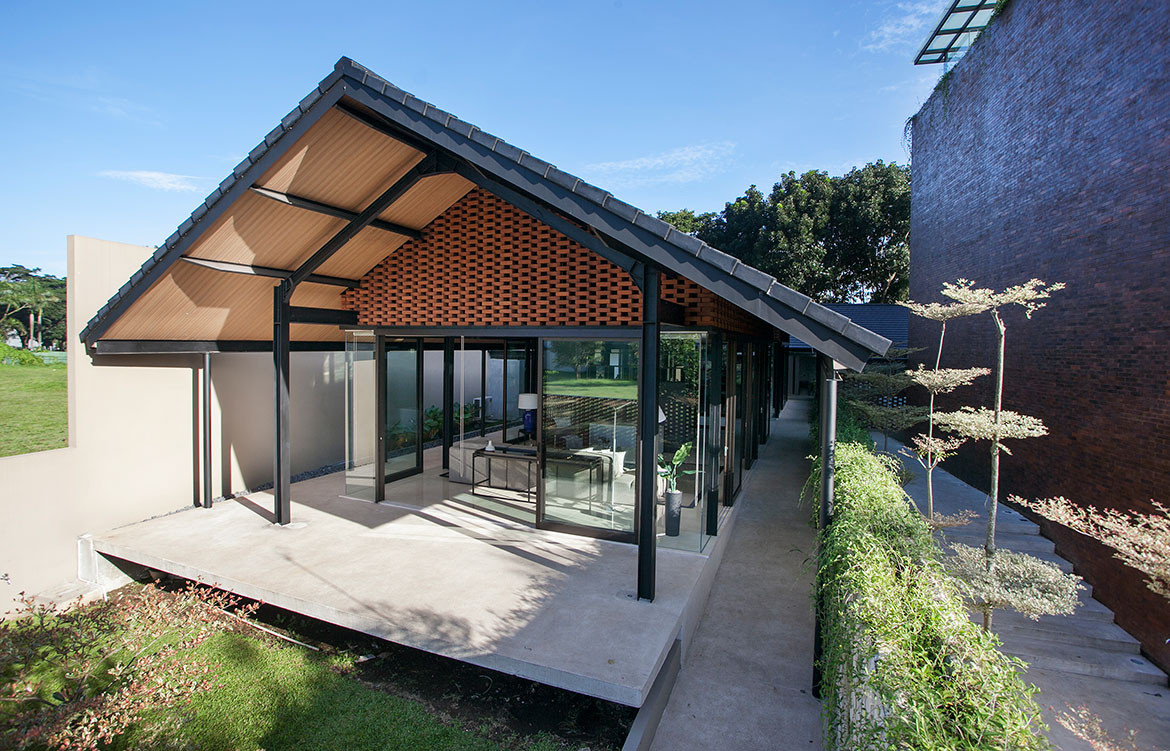 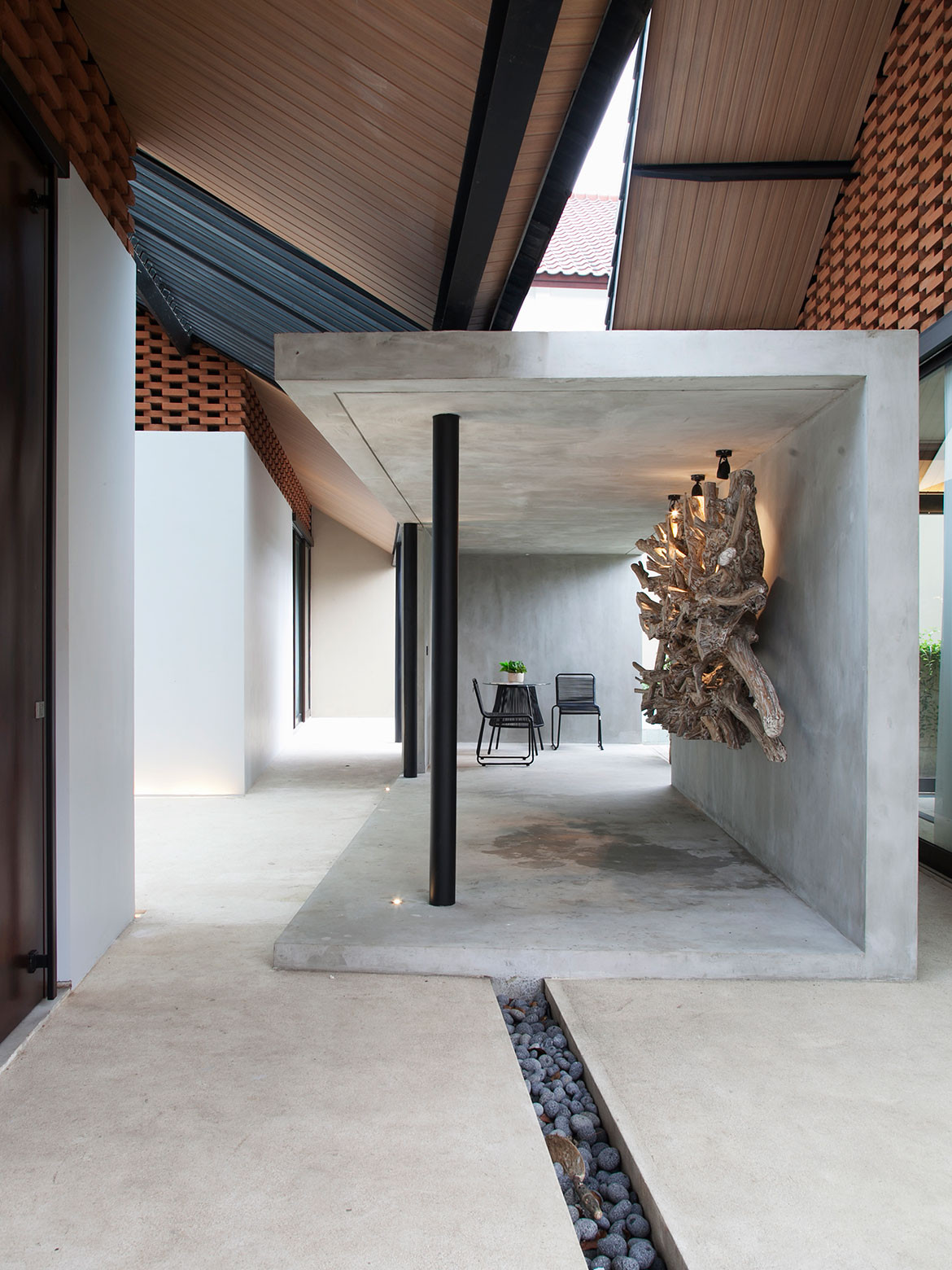 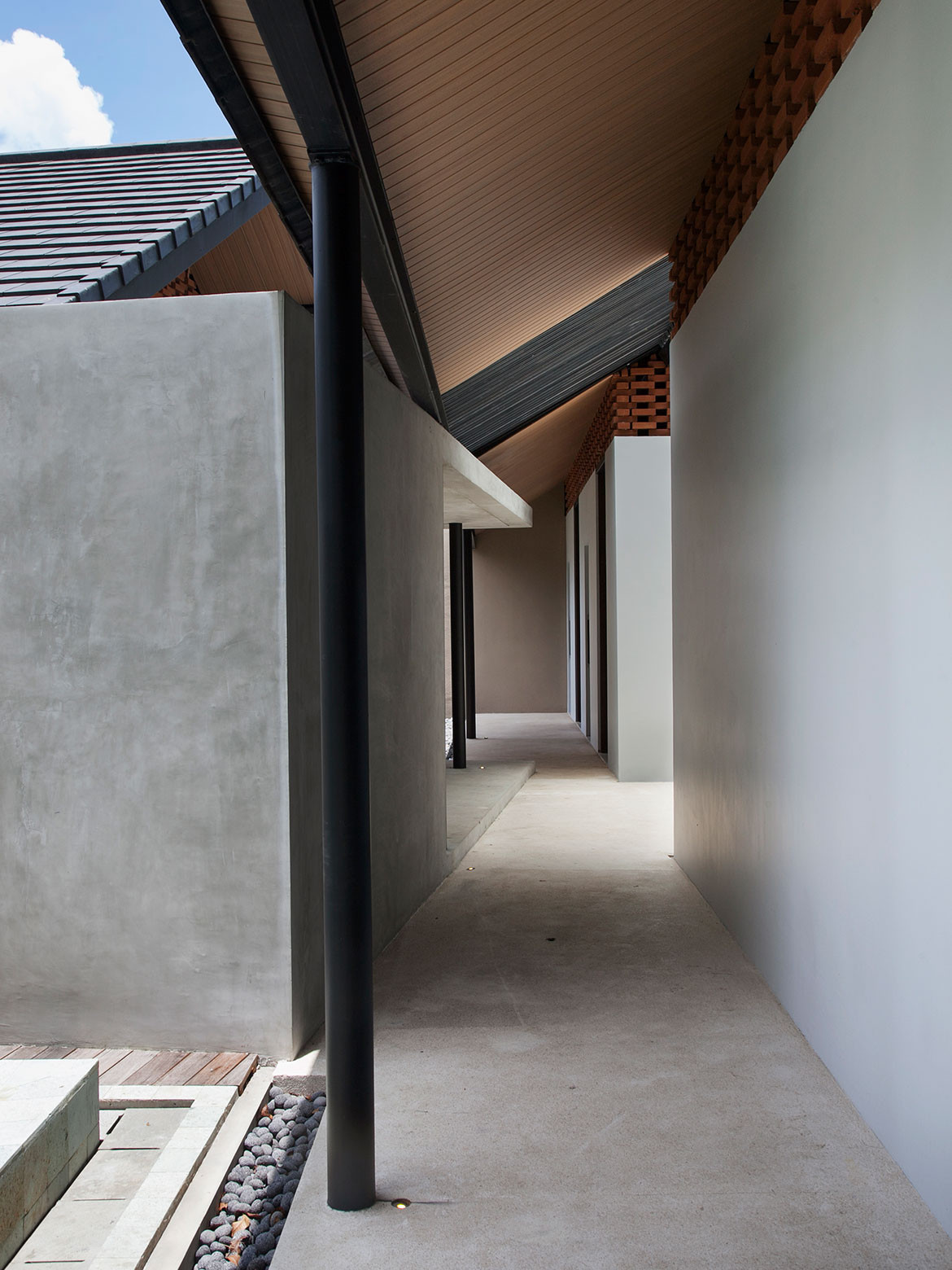 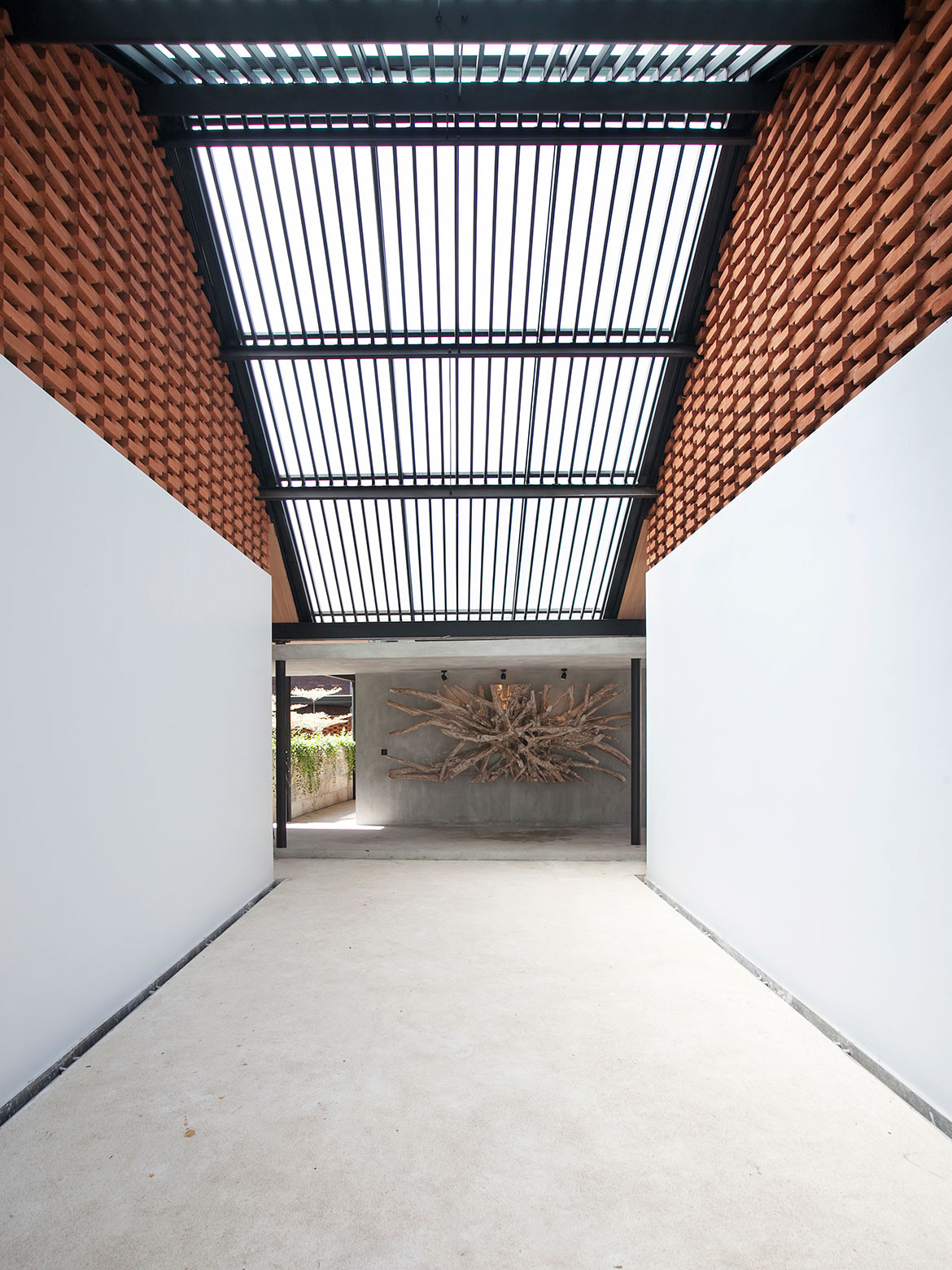 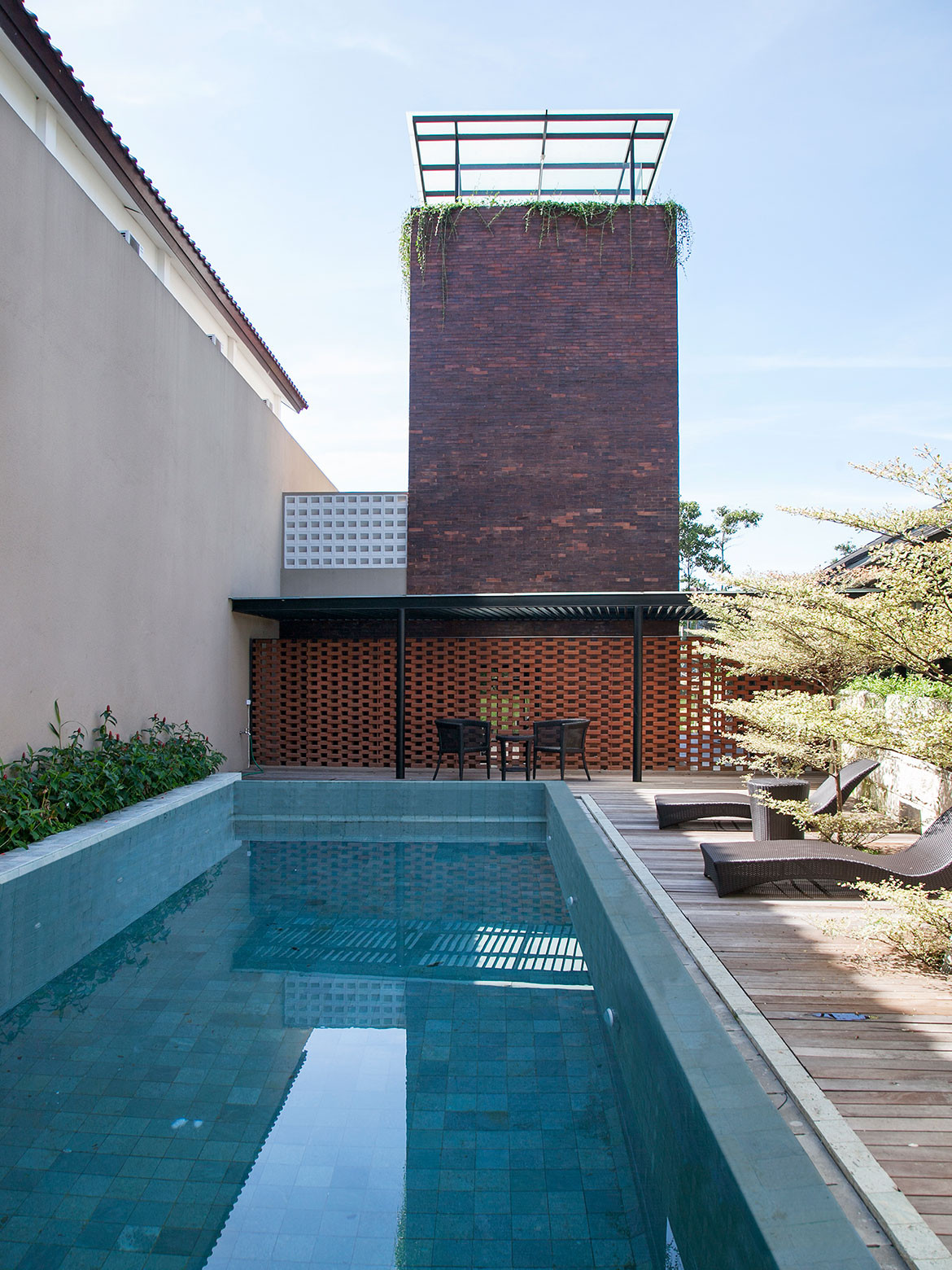 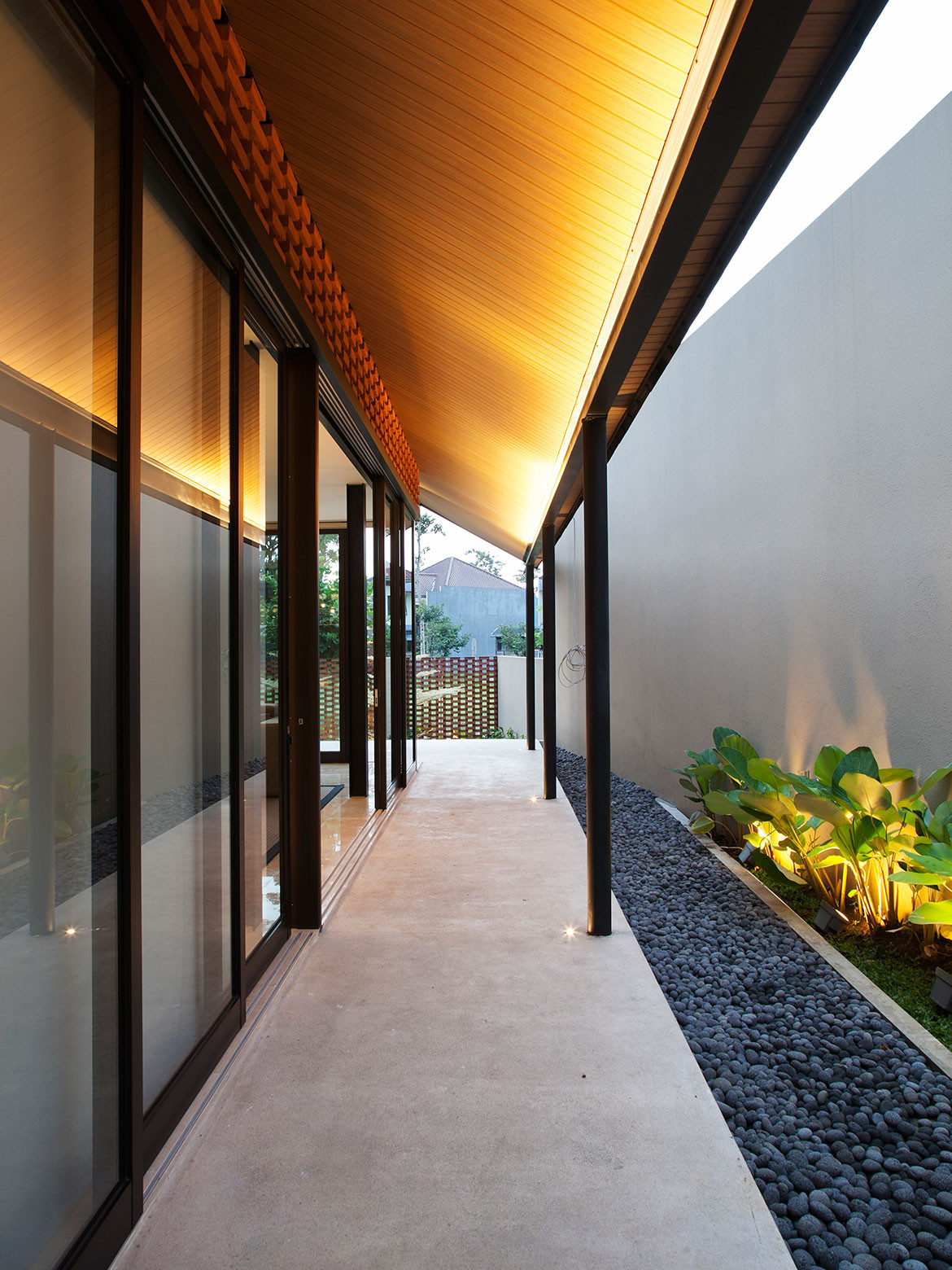 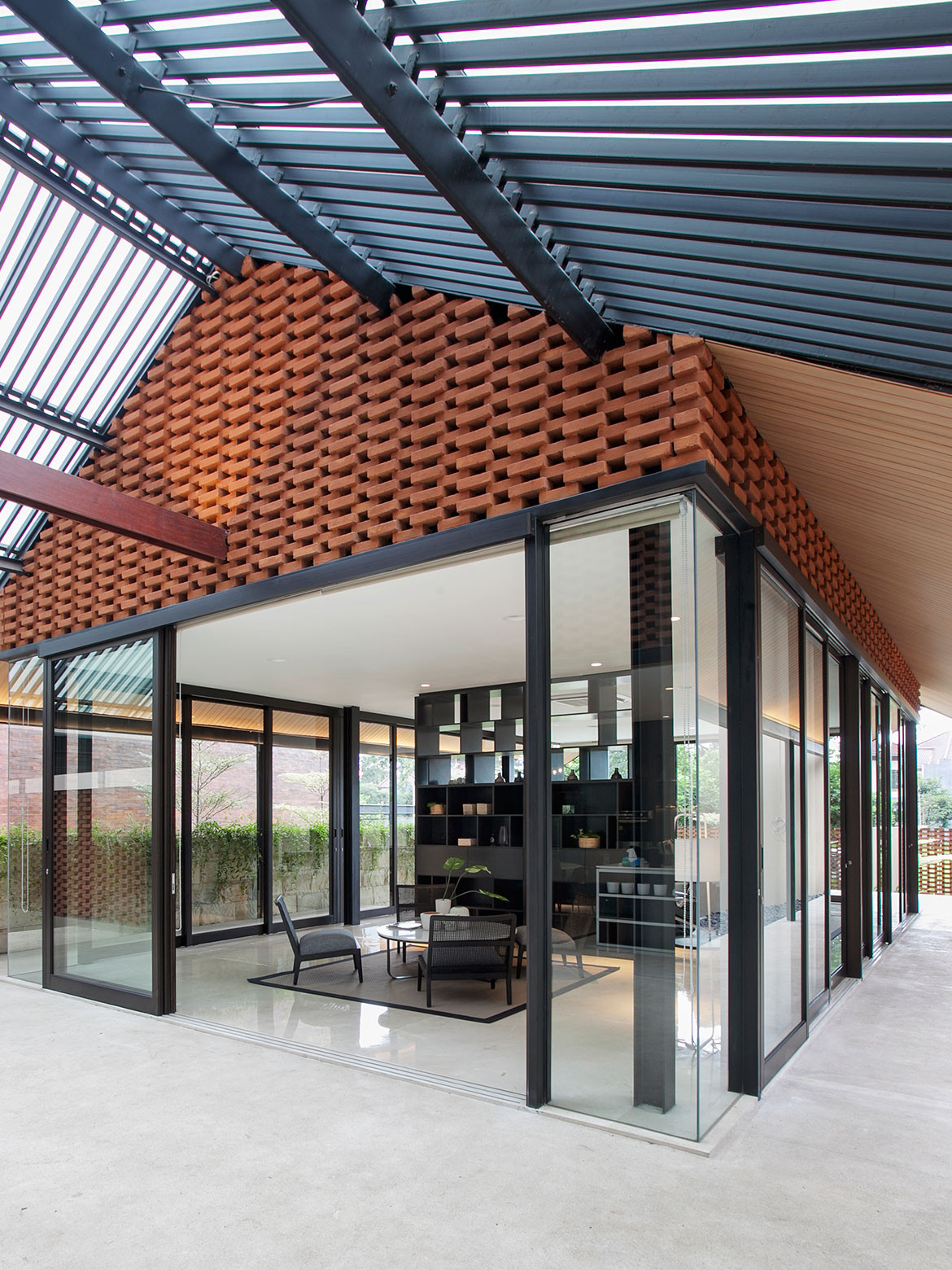 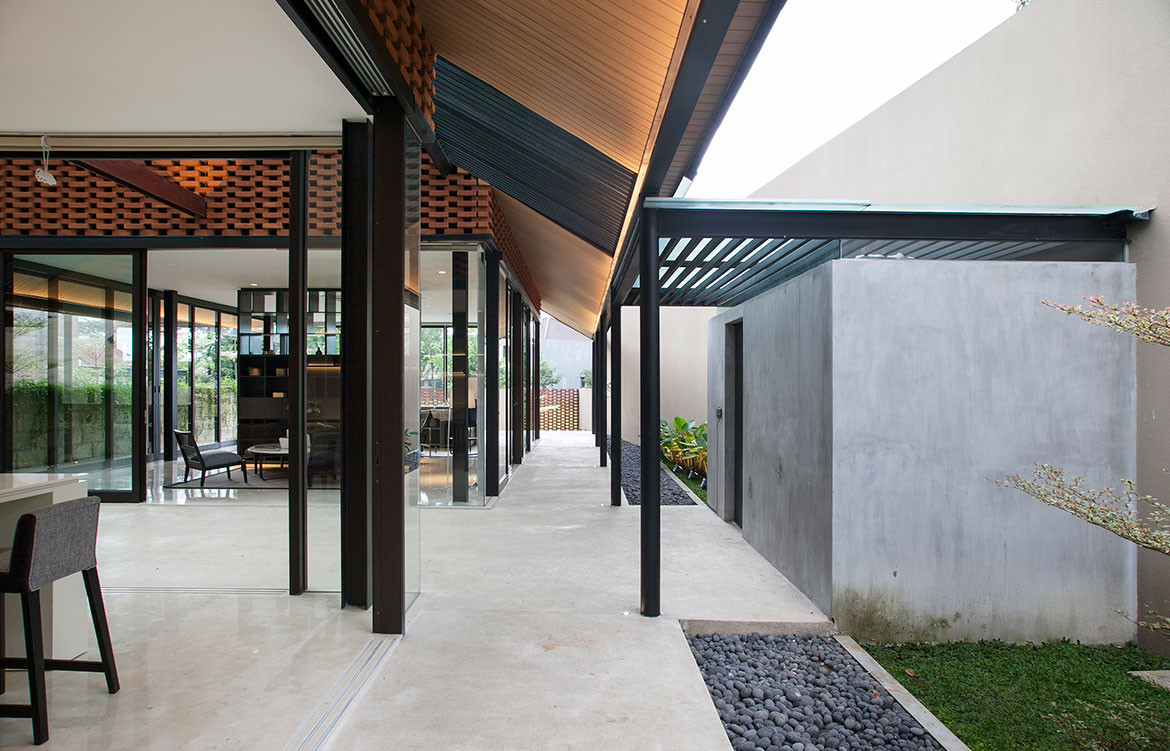 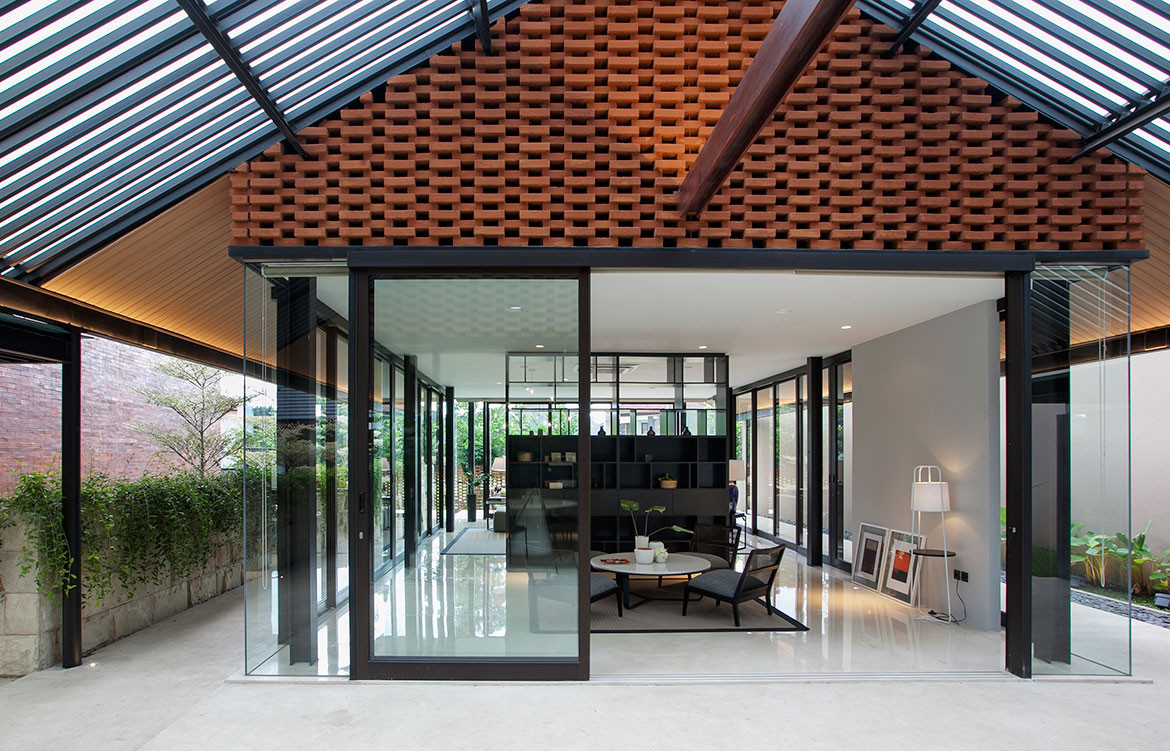 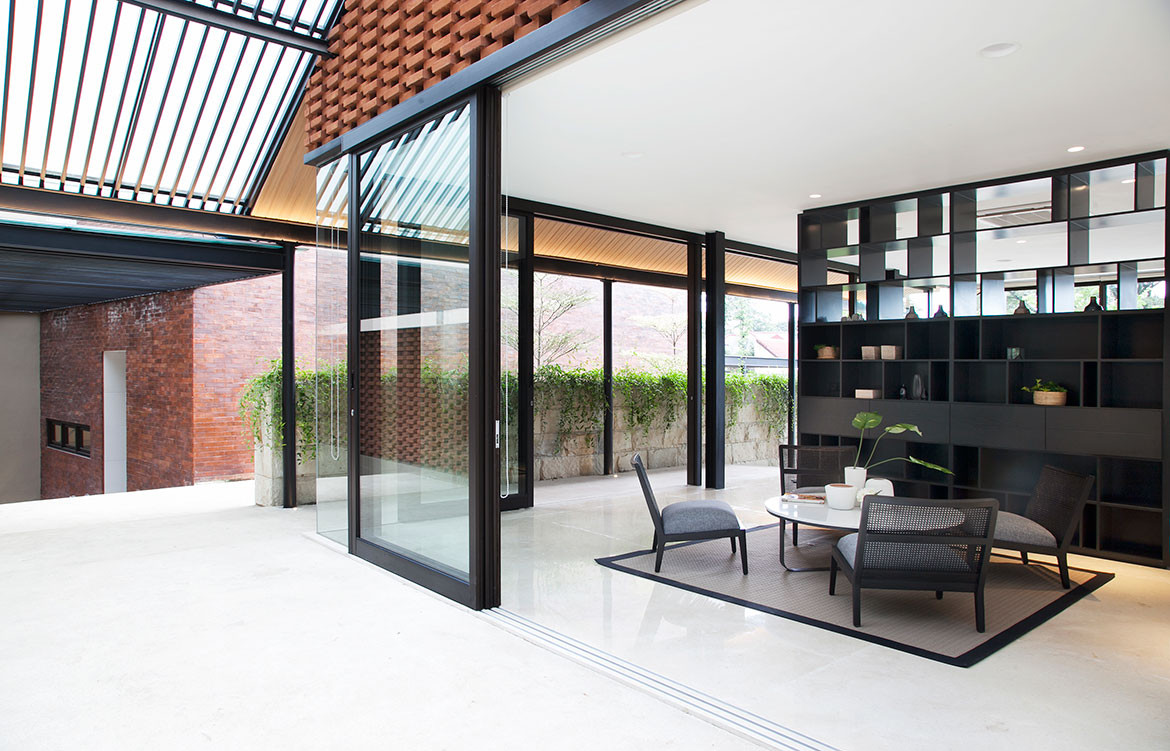 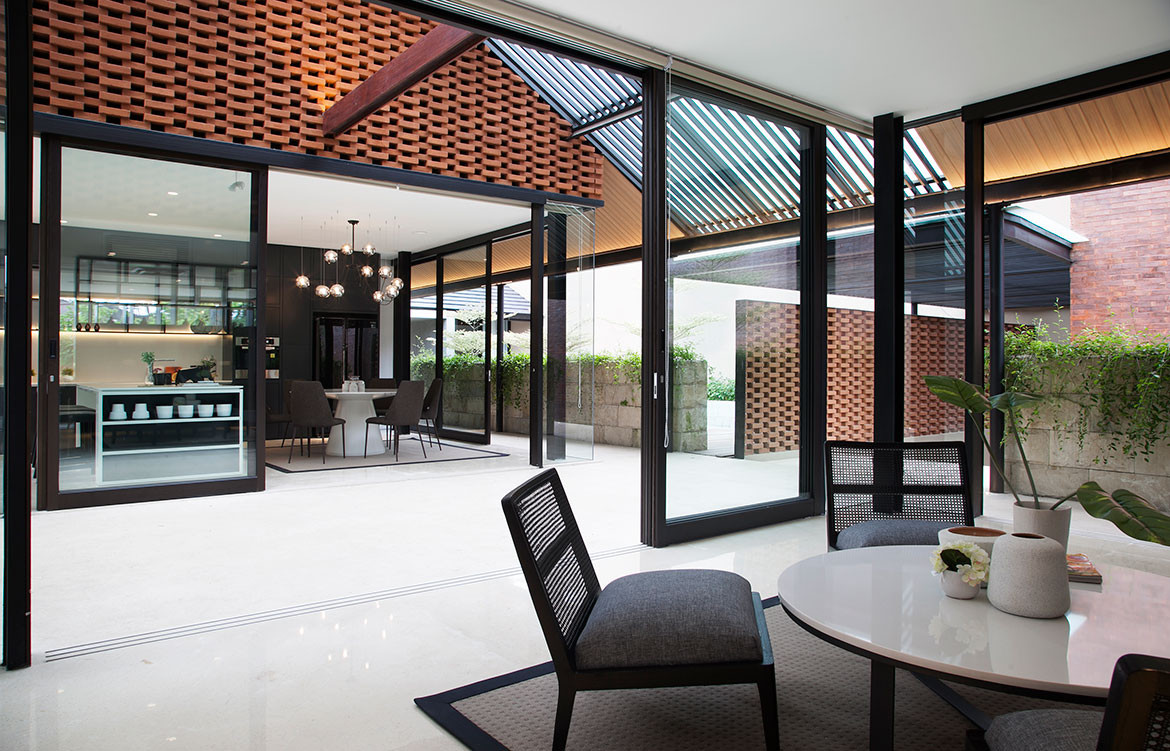 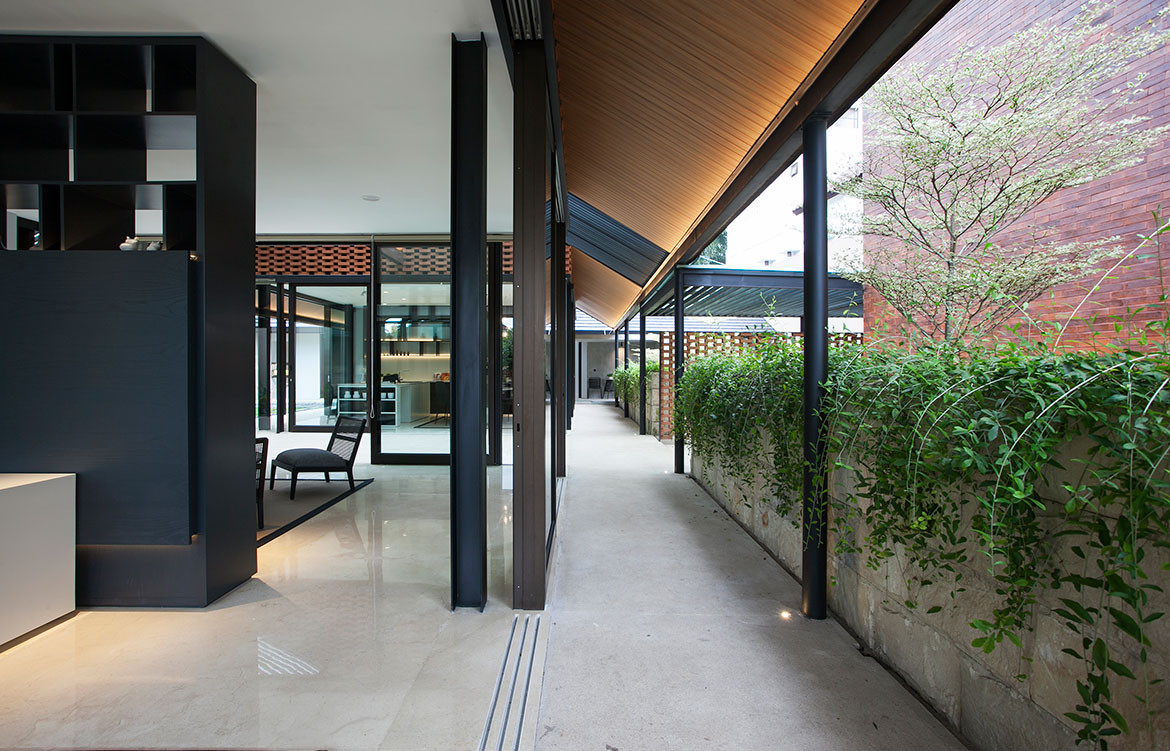 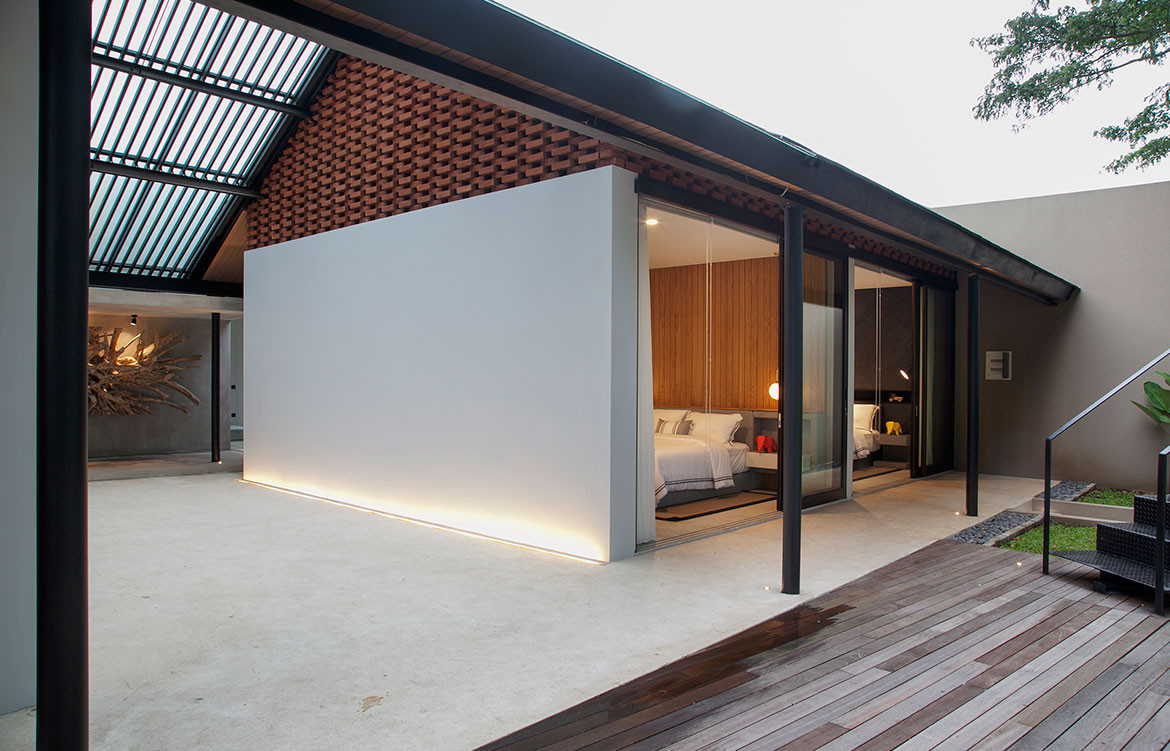 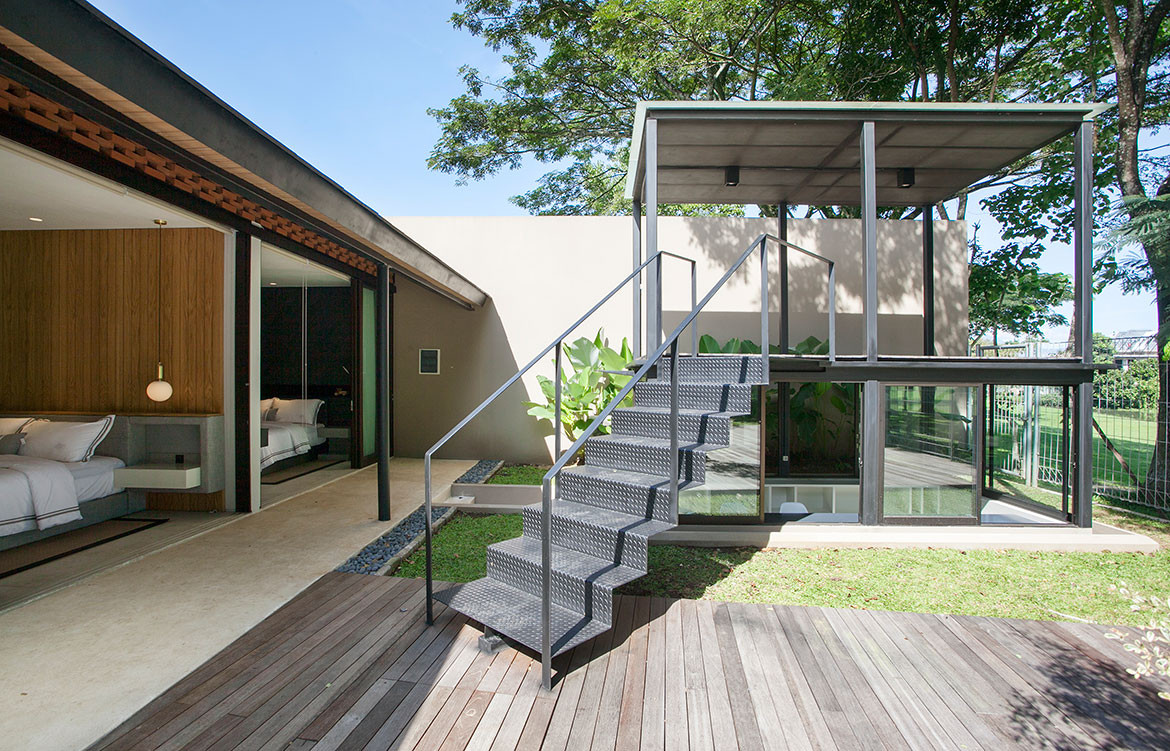 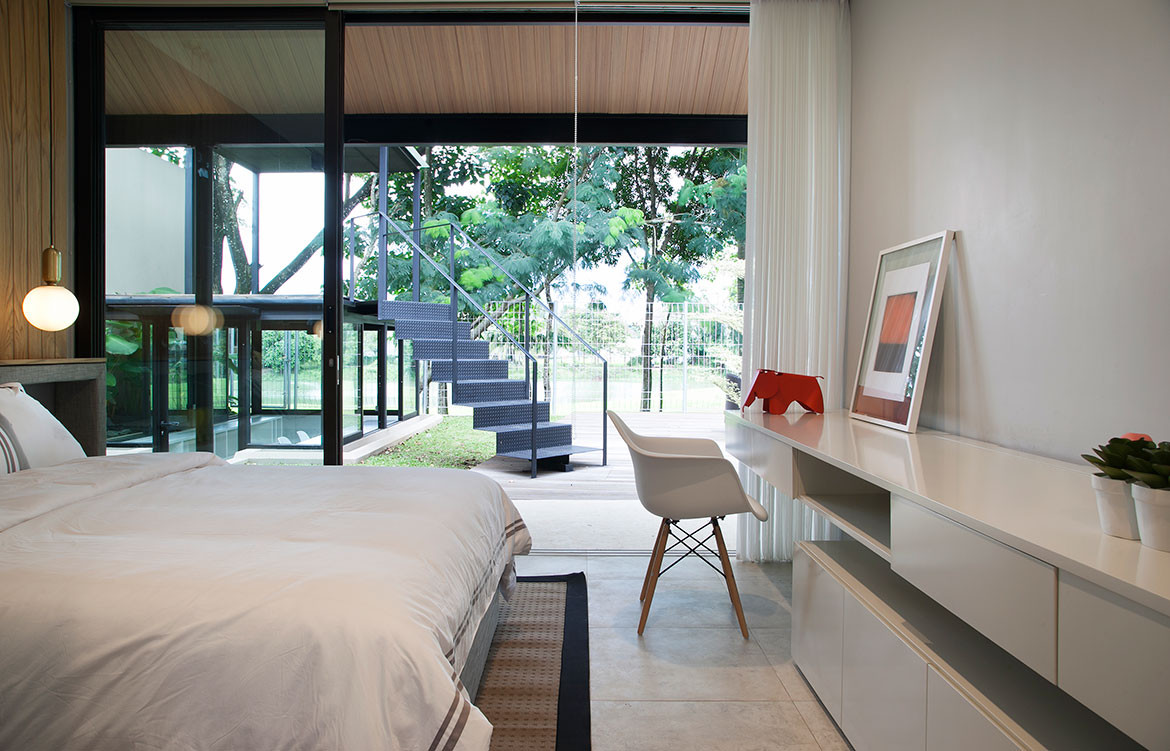 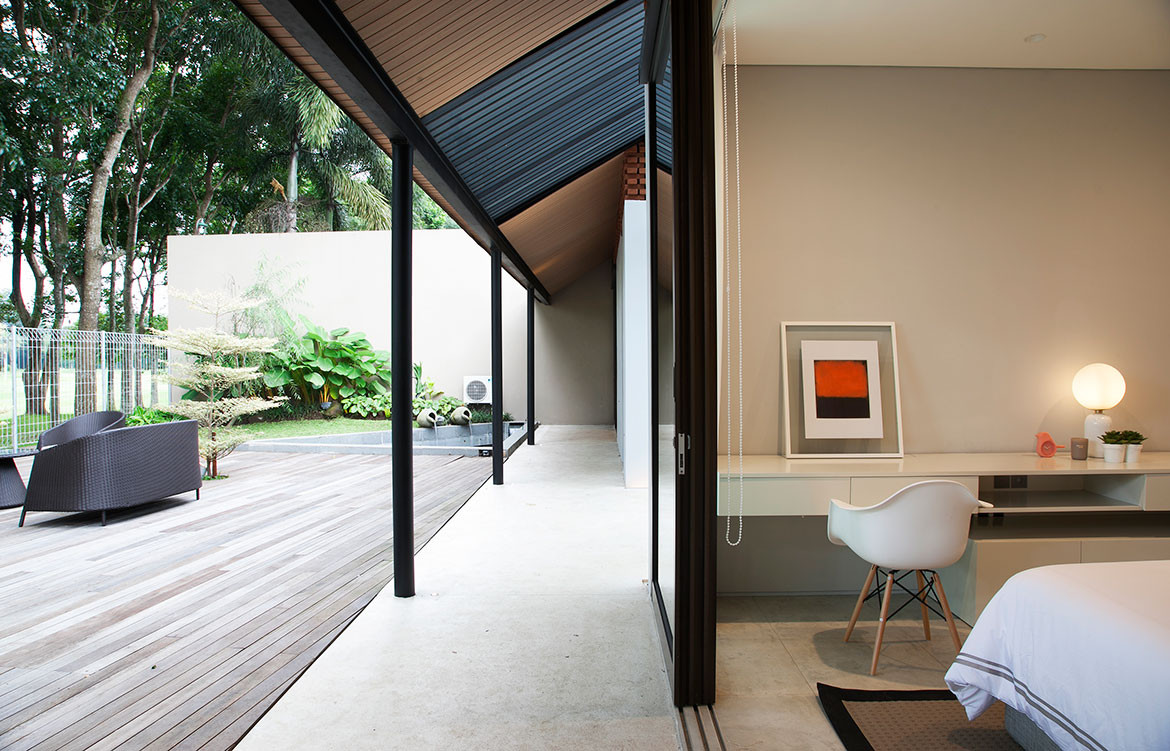 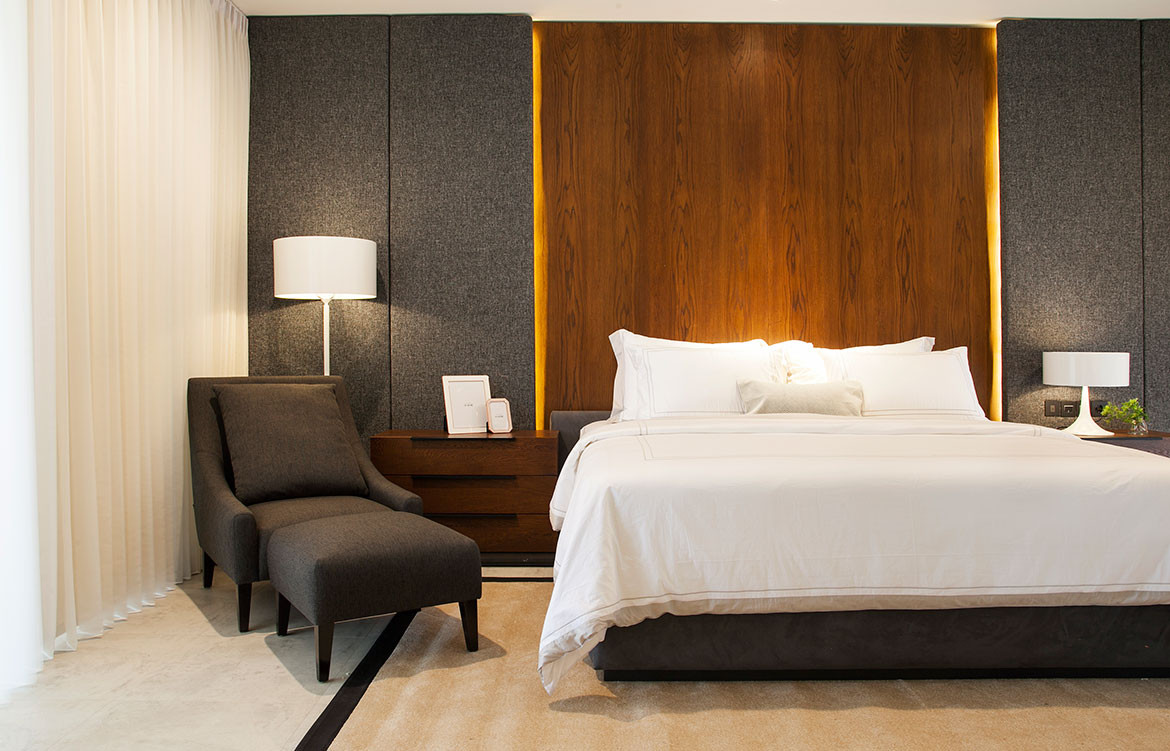 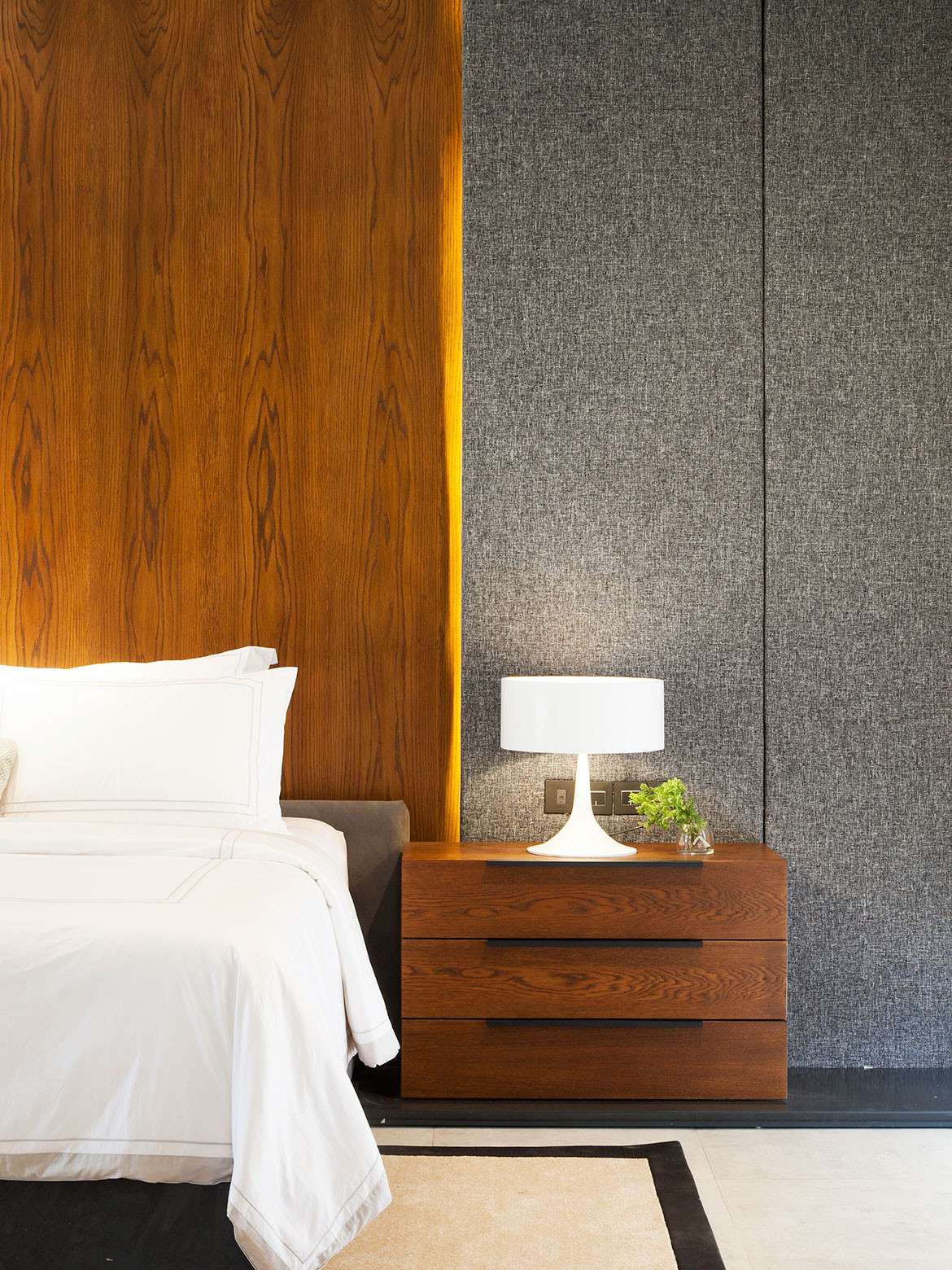 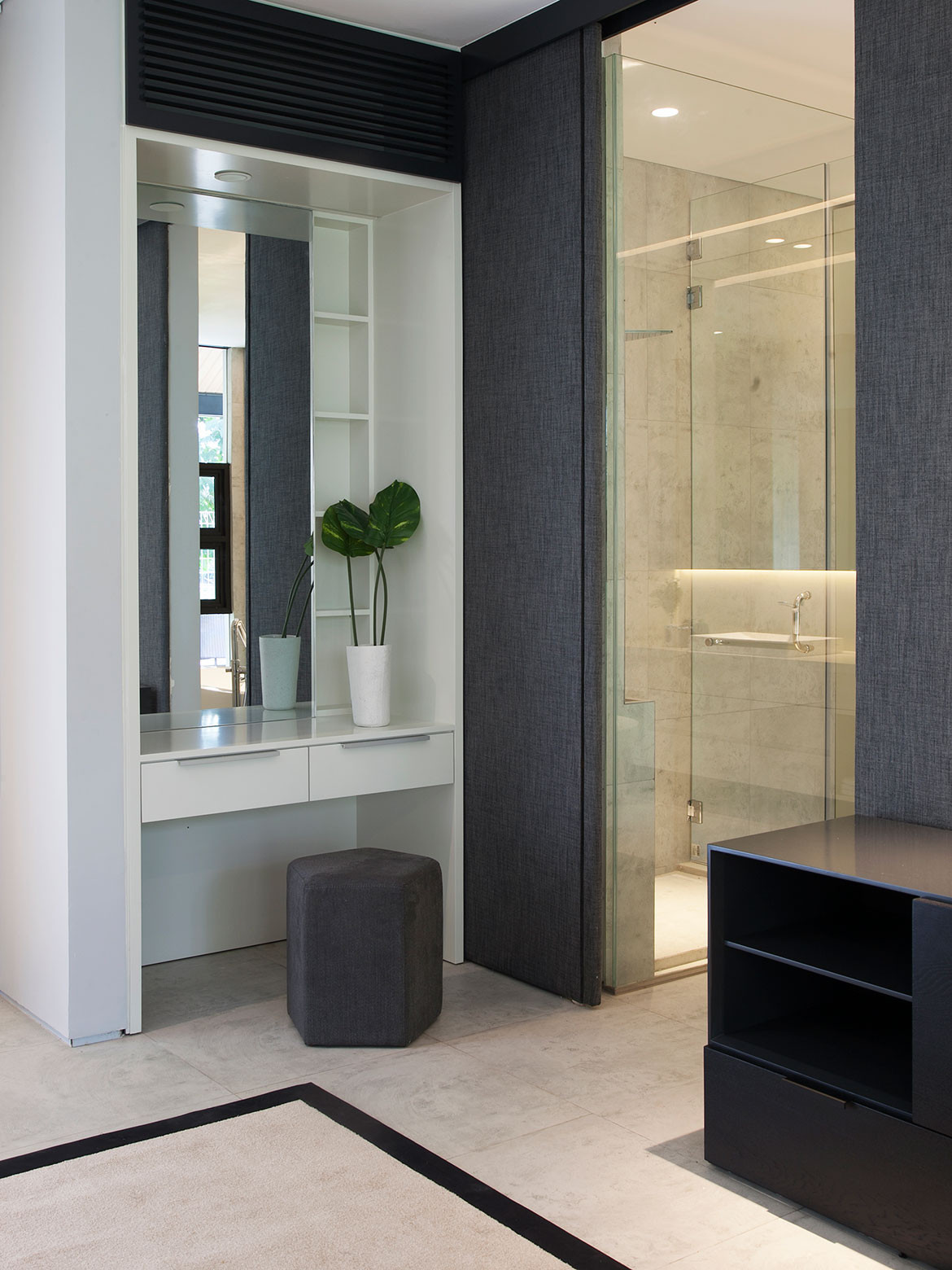 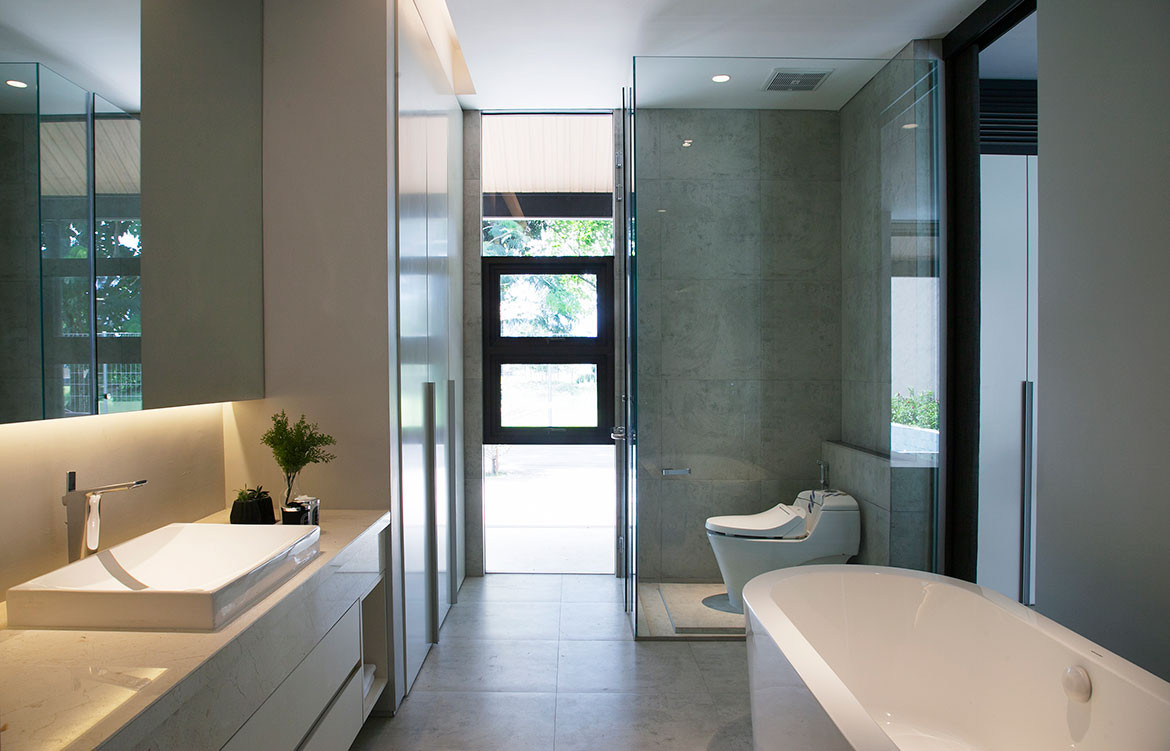 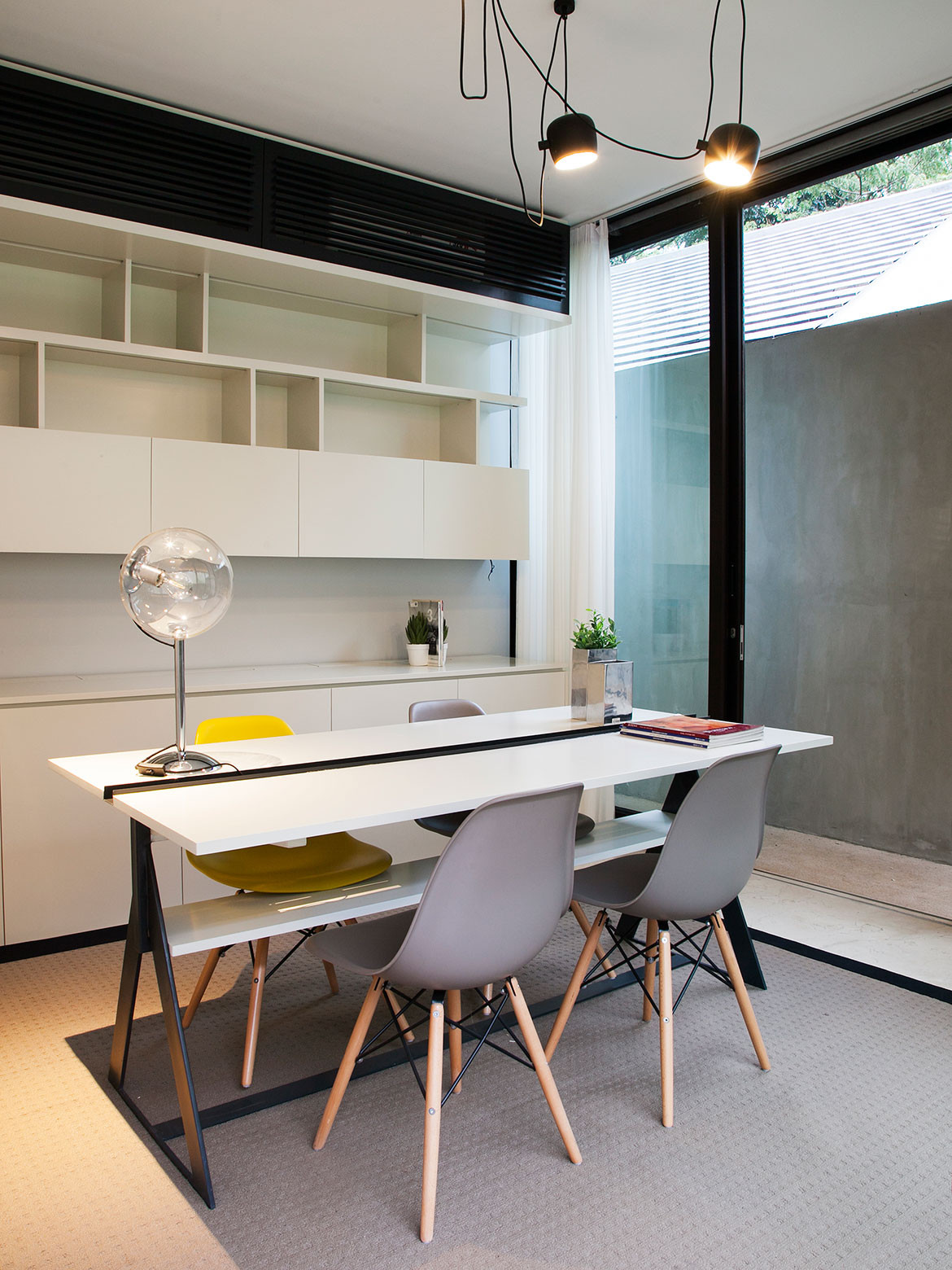 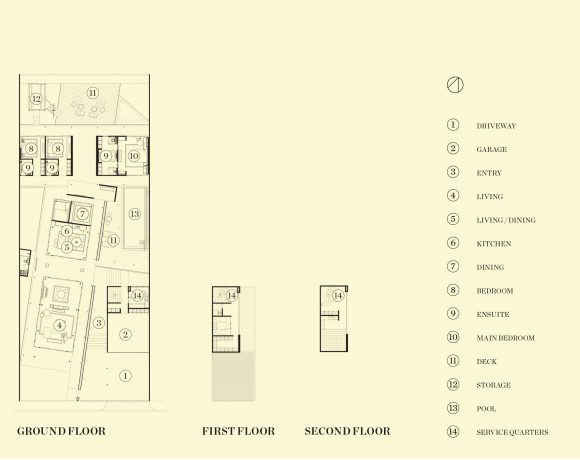