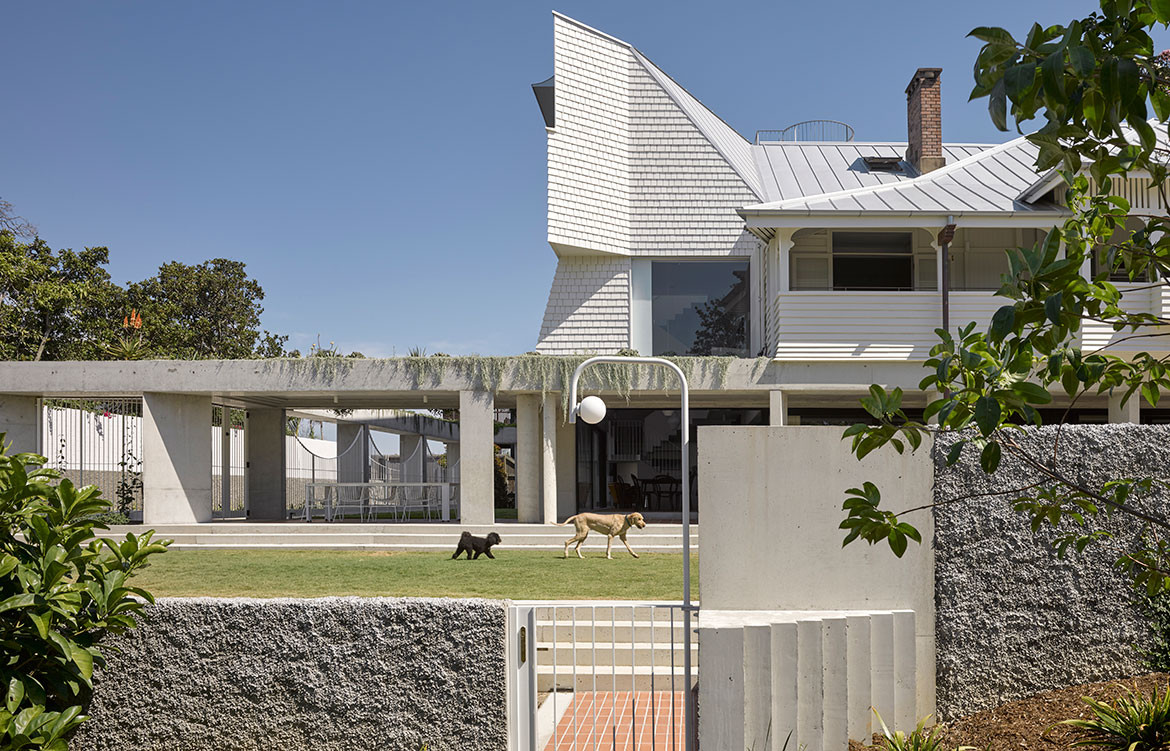 Designed by a notable architect, this house fell upon bad times only to be restored to its former dignity.

The story of this beautiful old Queenslander in Brisbane’s Teneriffe reflects the story of the suburb itself. The elegant, sprawling house was built in 1909 by a retired Scottish sea captain and his wife who enjoyed commanding views of the Brisbane River from their elevated perch. They commissioned local architect, A.B. Wilson (whose descendants still run Wilson Architects, the city’s oldest practice), to construct a house that soon became a focal point for local social and charitable activities.

When the current owners bought it, it had long been a halfway house for disadvantaged men. Its original plan was obscured by its 26 bedrooms and 13 bathrooms, and the serious attrition of its materials. Concurrent with the area’s trajectory to one of the city’s most desired real estate havens, the uncovering, re-establishing and re-thinking of the “beautiful old girl” (as architect, Stuart Vokes of Vokes and Peters refers to it) was the remit for a fine collaboration between architect and client.

“Our clients were visionary about the proposition of the site,” recalls Stuart. “The idea of a house in the garden, and of the civic gesture of sharing the garden with the street rather than marking off territory in a gesture of greed, was appealing.”

The first step in the re-jig was to turn the house 90 degrees and push it back further on the block, easing up generous garden space on the streetside north and offering the length of the house to that aspect.

The connection to the garden is paramount, and aligns with the home’s early history, when all manner of morning and afternoon teas took place in the garden and were served from the home’s undercroft. Reclaiming the undercroft for the main family living spaces is the key intervention in the plan. As most people who have lived in a Queenslander know, the best place to be is ‘down under’. Writer, David Malouf, eulogised the mysterious charms of these musty spaces, where laundering took place in coppers and ringers, and garden tools and life’s detritus gather dust. Dogs know it is where to rest and pant out a hot summer’s day. And, as Stuart notes, “the social life of the house is always underneath”.

The kitchen takes up the pivotal ground corner position, facing the pool to the east and the expansive northern garden, replete with a playful amphitheatre for children’s shows. A paved brick arcade extends the kitchen floor space outside. Original timber stumps are replaced by a substructure of concrete beams, and the wide concrete arcade becomes the new support. Black striated screen walls and stable doors recall darkened battens, supporting the more refined white timber and shingle structure above. A flanged edge to the base of the timber gives a nod to the original Arts and Crafts influence, while editing the connection made during the concrete pour. The whole structure is crowned by a zinc roof worked in the historic Parliament profile. Far from according with the slavishly ‘historic’, the northern elevation terminates in a sharp wedge that projects like a ship’s bowsprit and seems to point to the sky and the river. This tower device establishes a lofty internal presence and brings in light to the kitchen and the levels above.

An internal stair concentrates and makes openly legible the circulation between floors. “The stair becomes a room in its own right,” says Stuart, “and sets up the drama of family life.”

Upstairs a series of bedrooms and elegant living rooms enjoy verandah access, with the length of the southern verandah edge devoted to a series of washroom spaces under the sloping roof. An attic level is self-contained. In a feat of future-proofing, the house’s ground level could operate independently, but for now the home breathes new life for its inhabitants and the surrounding suburb. 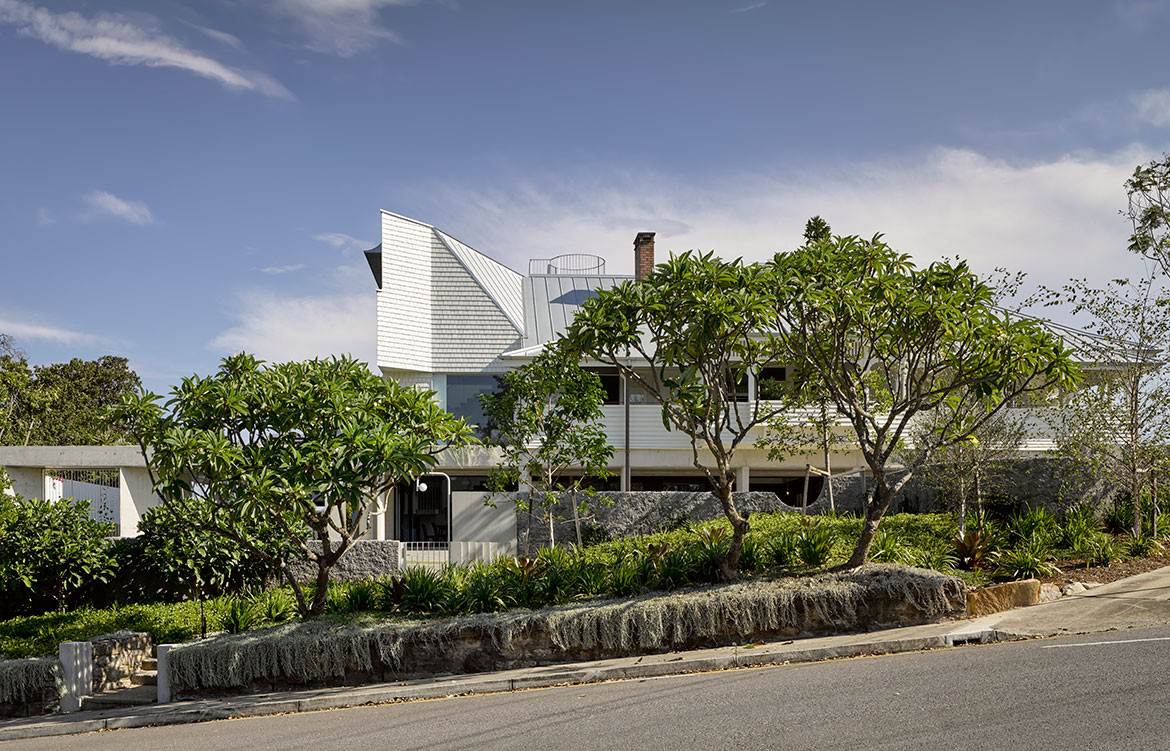 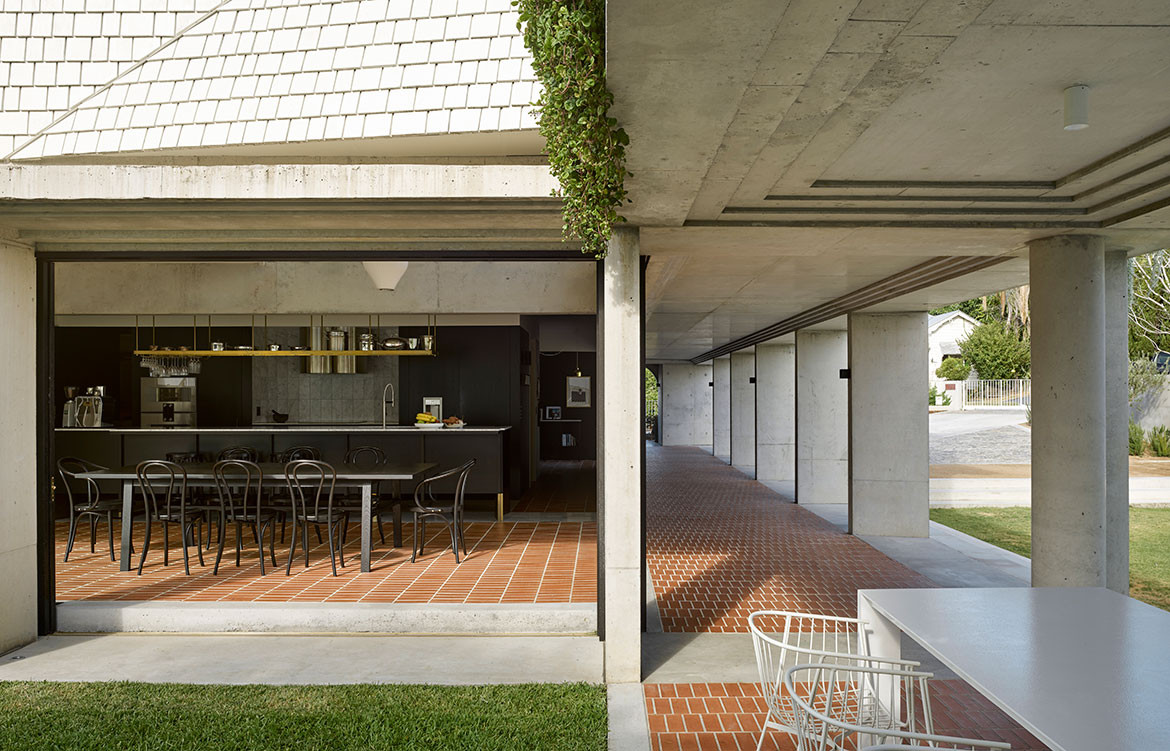 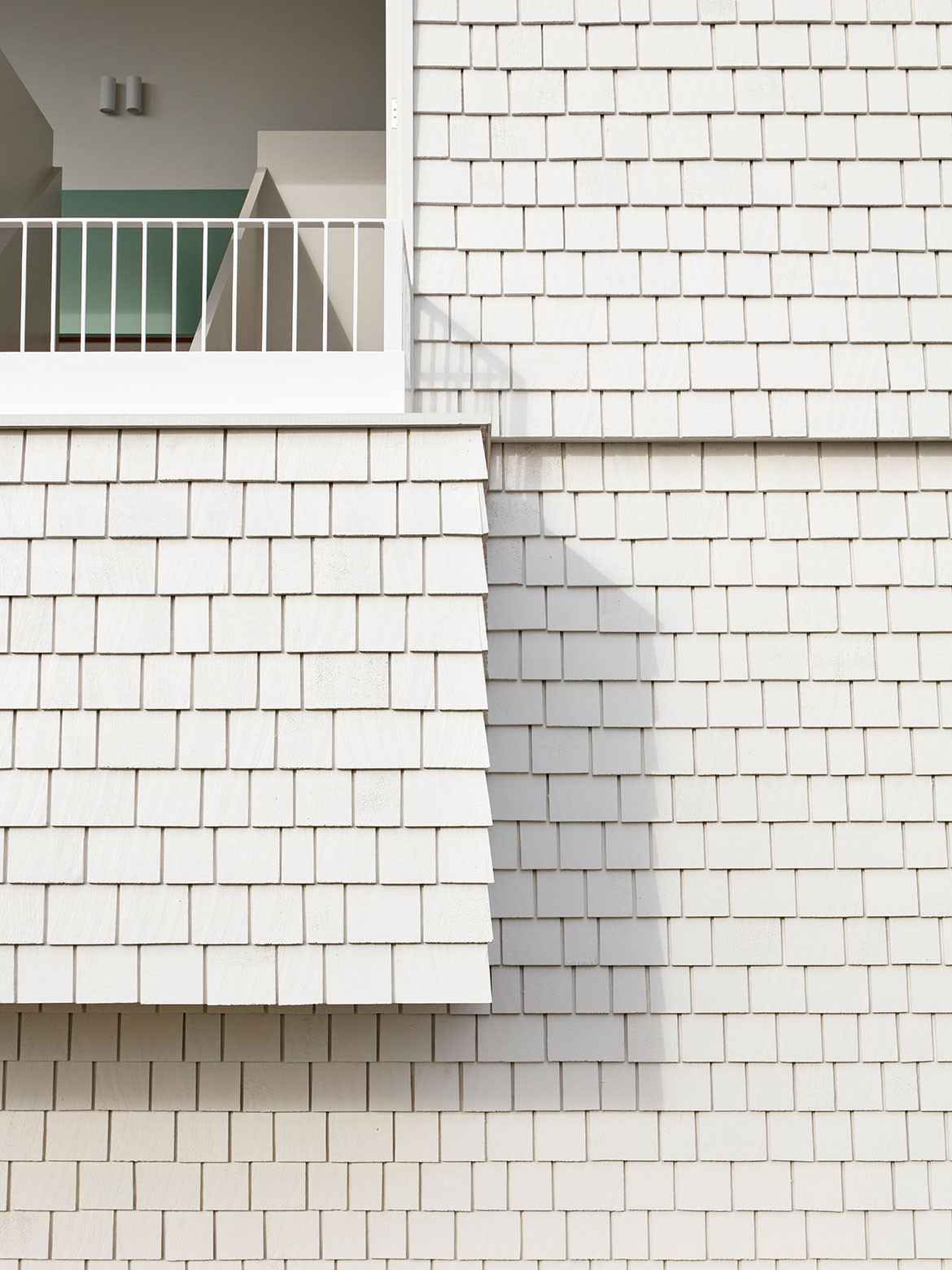 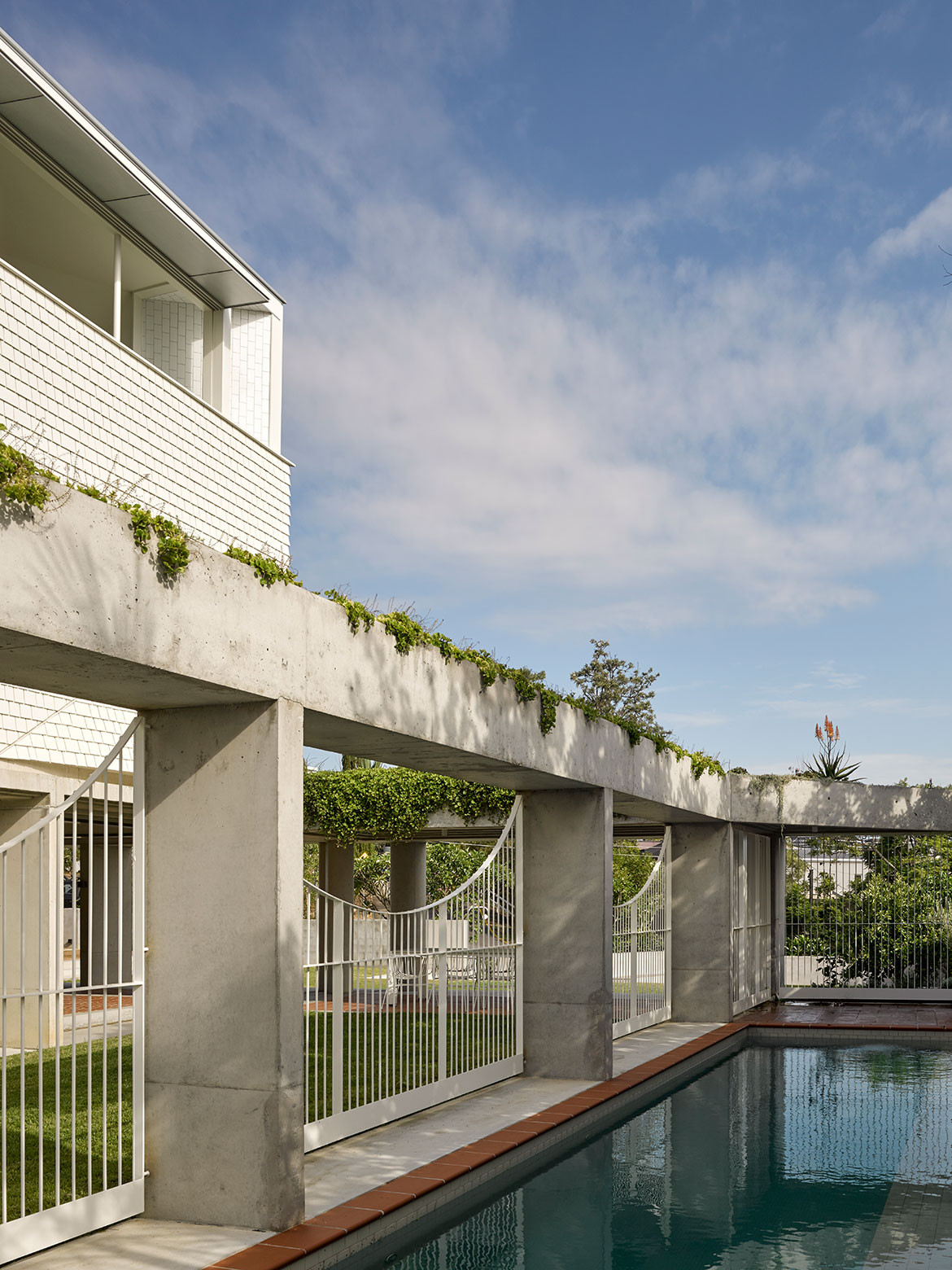 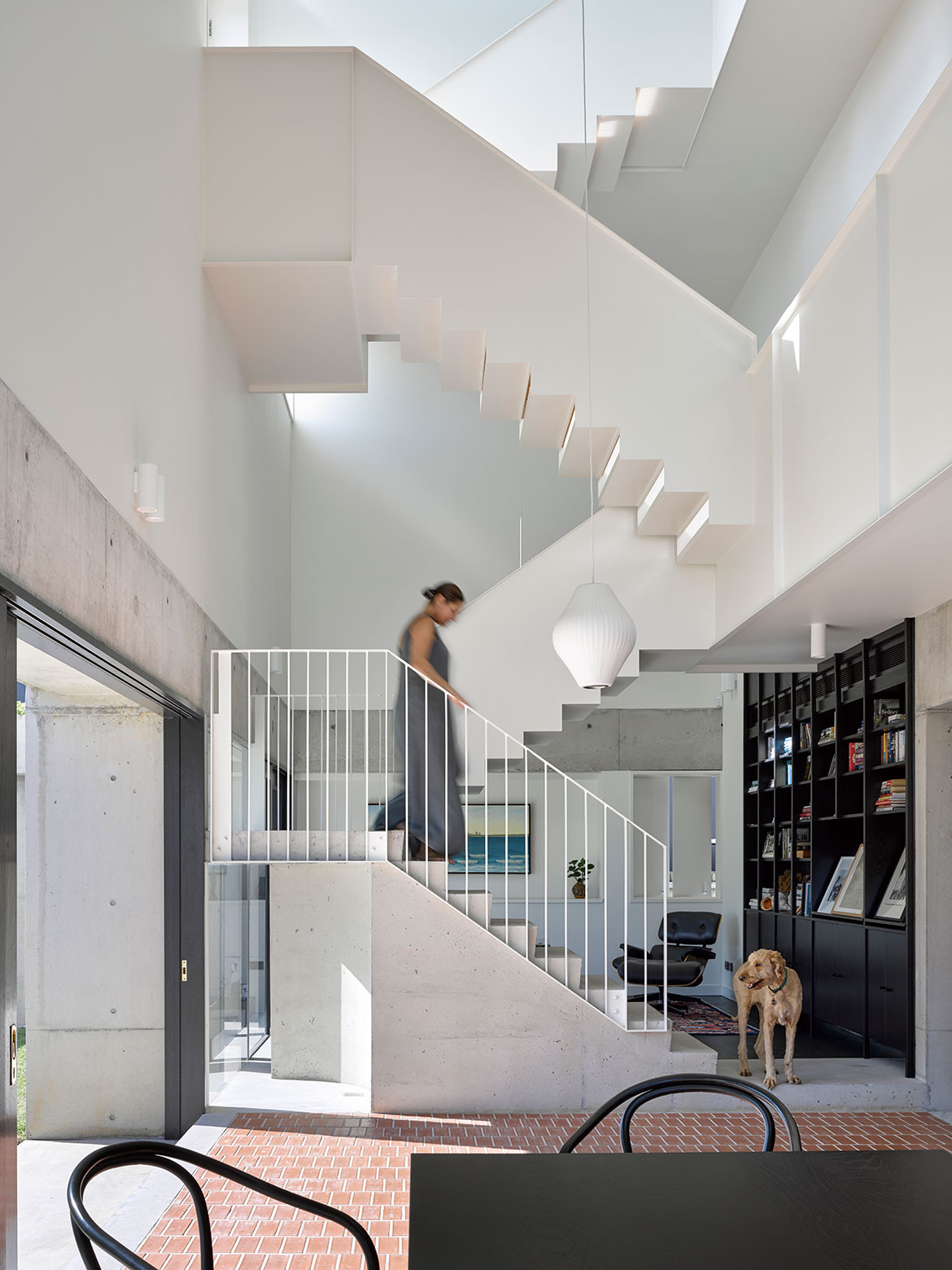 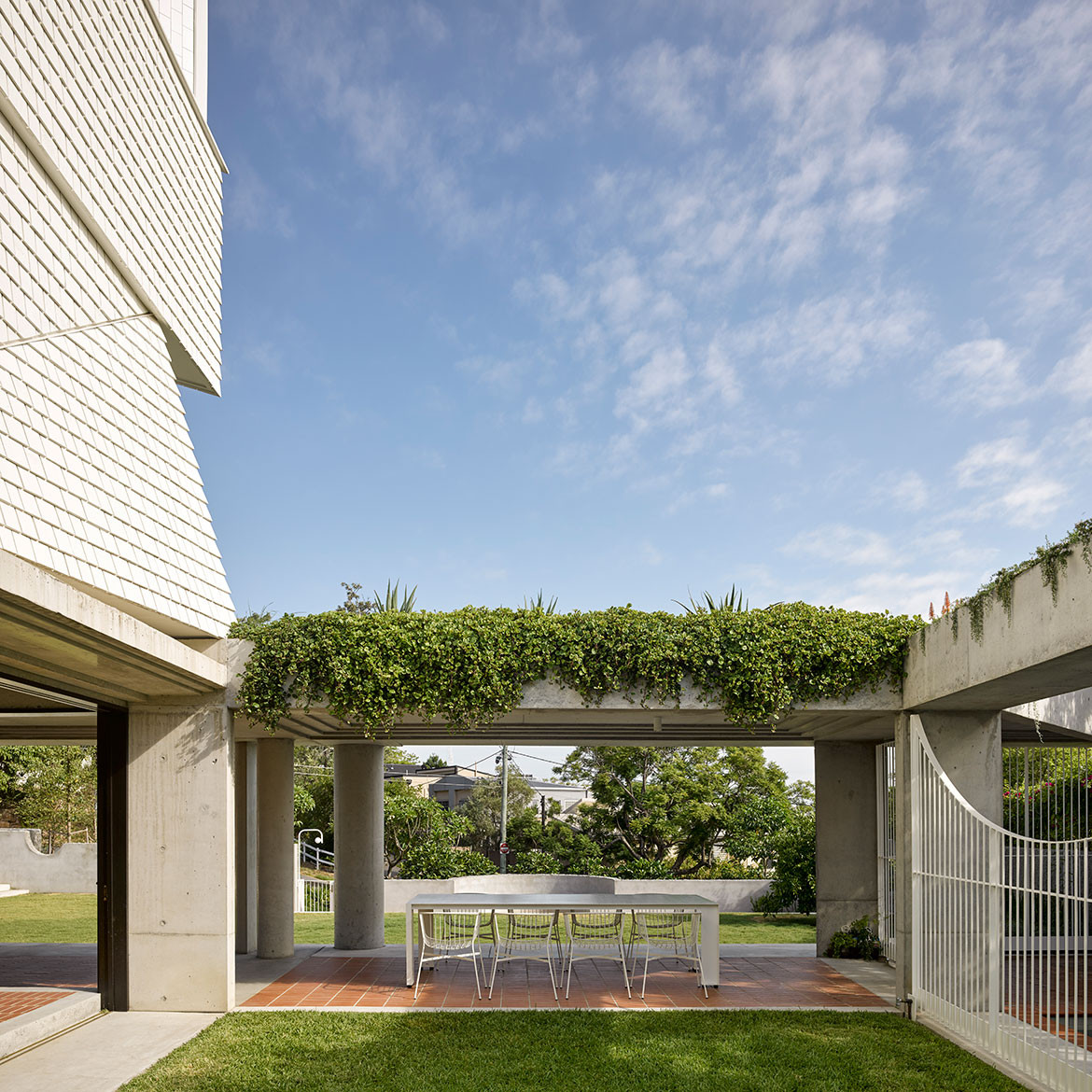 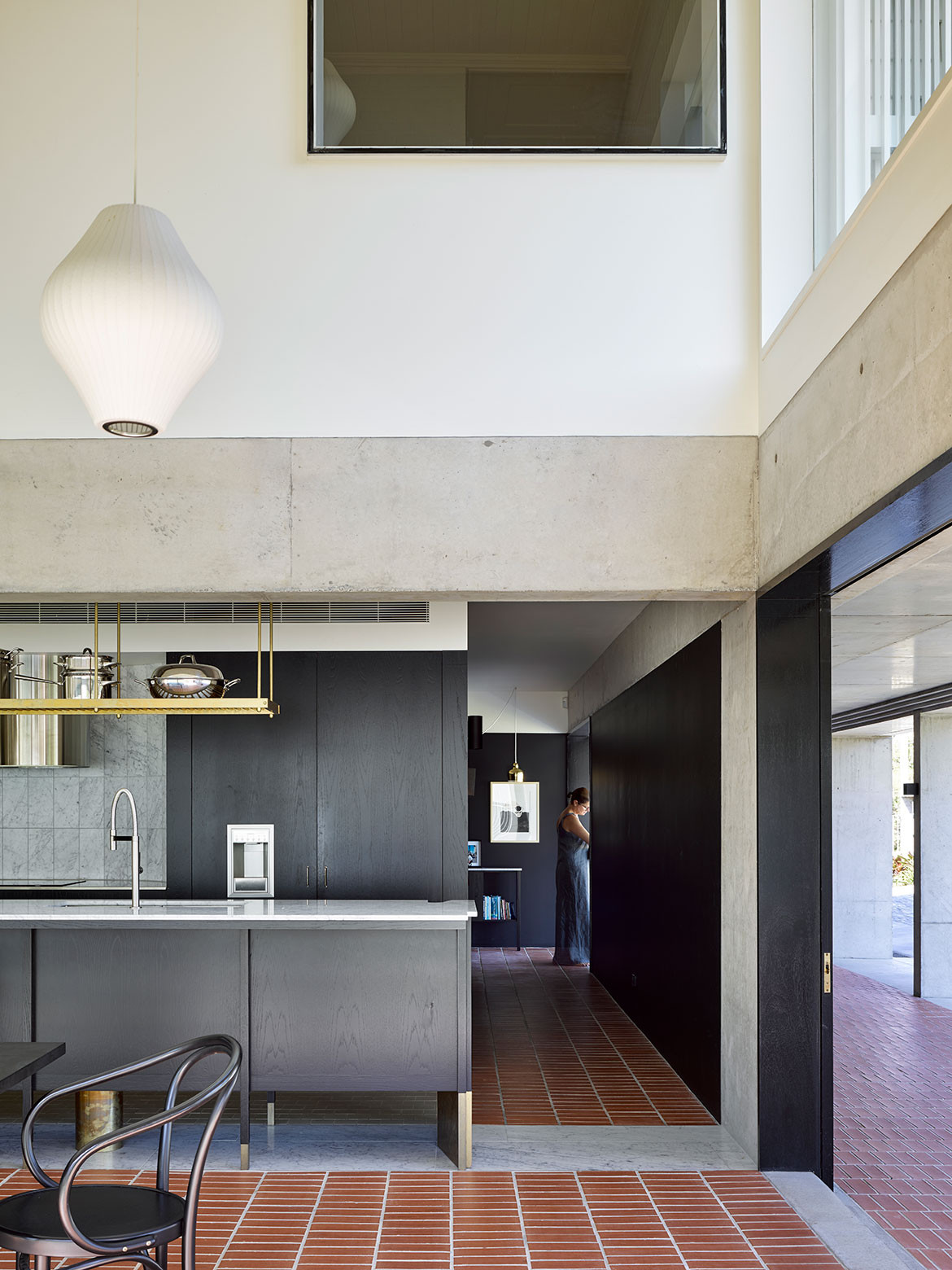 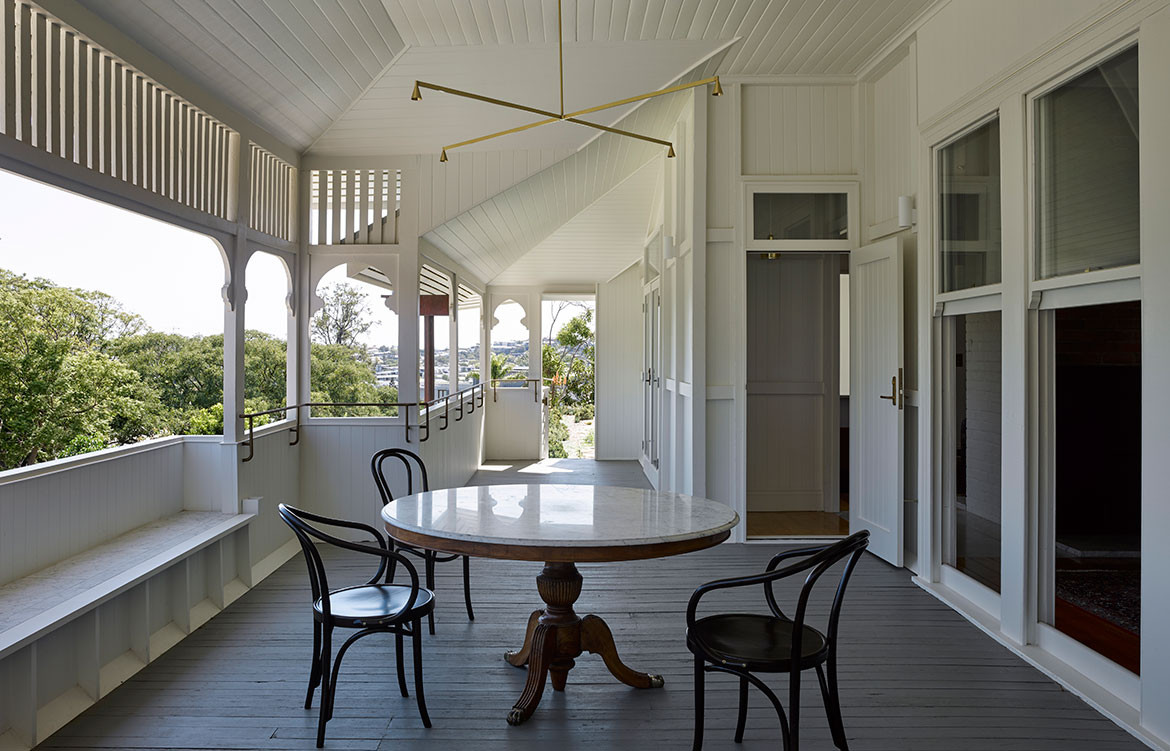 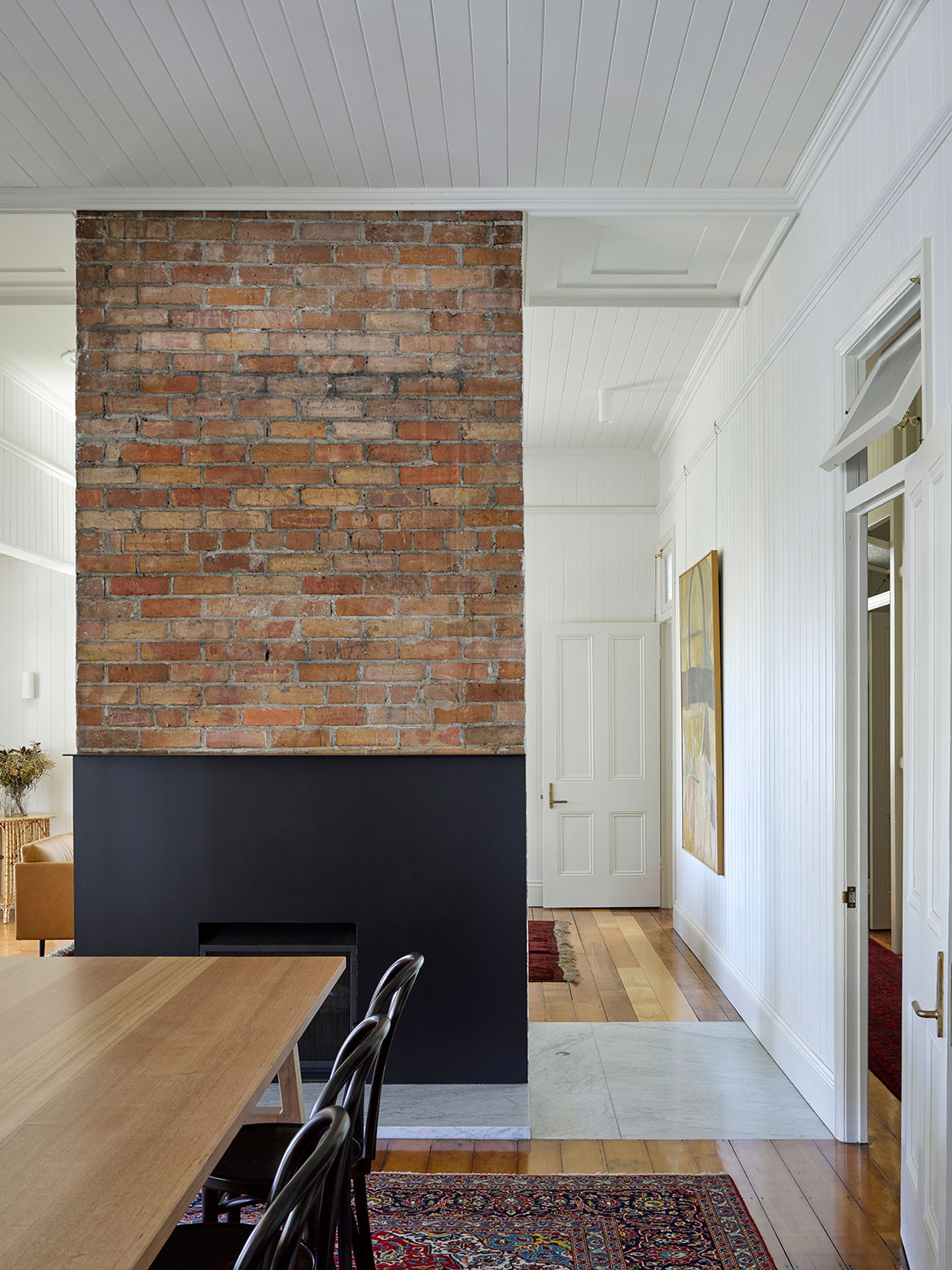 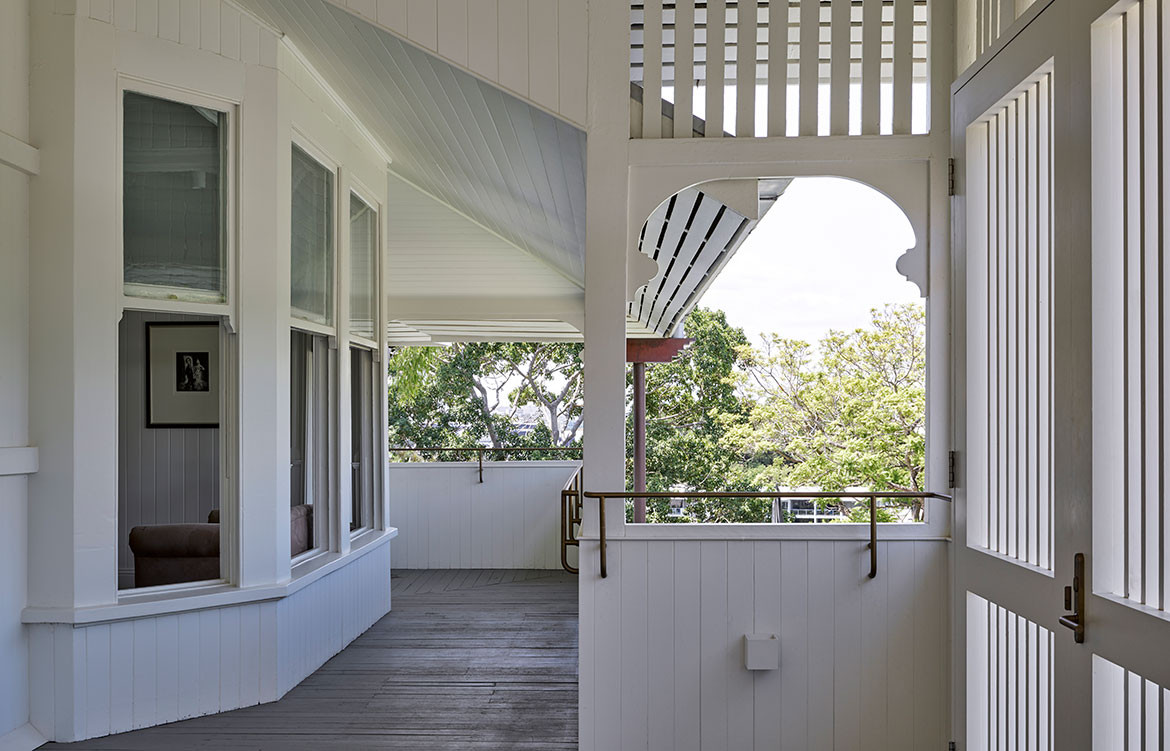 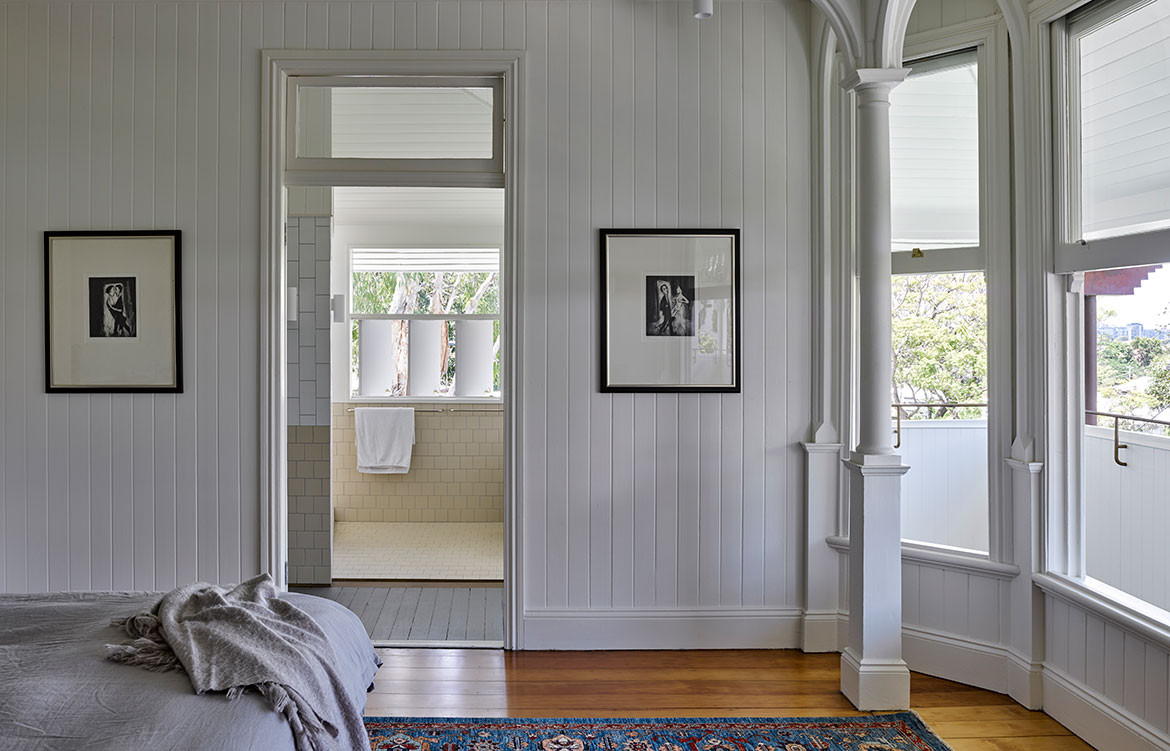 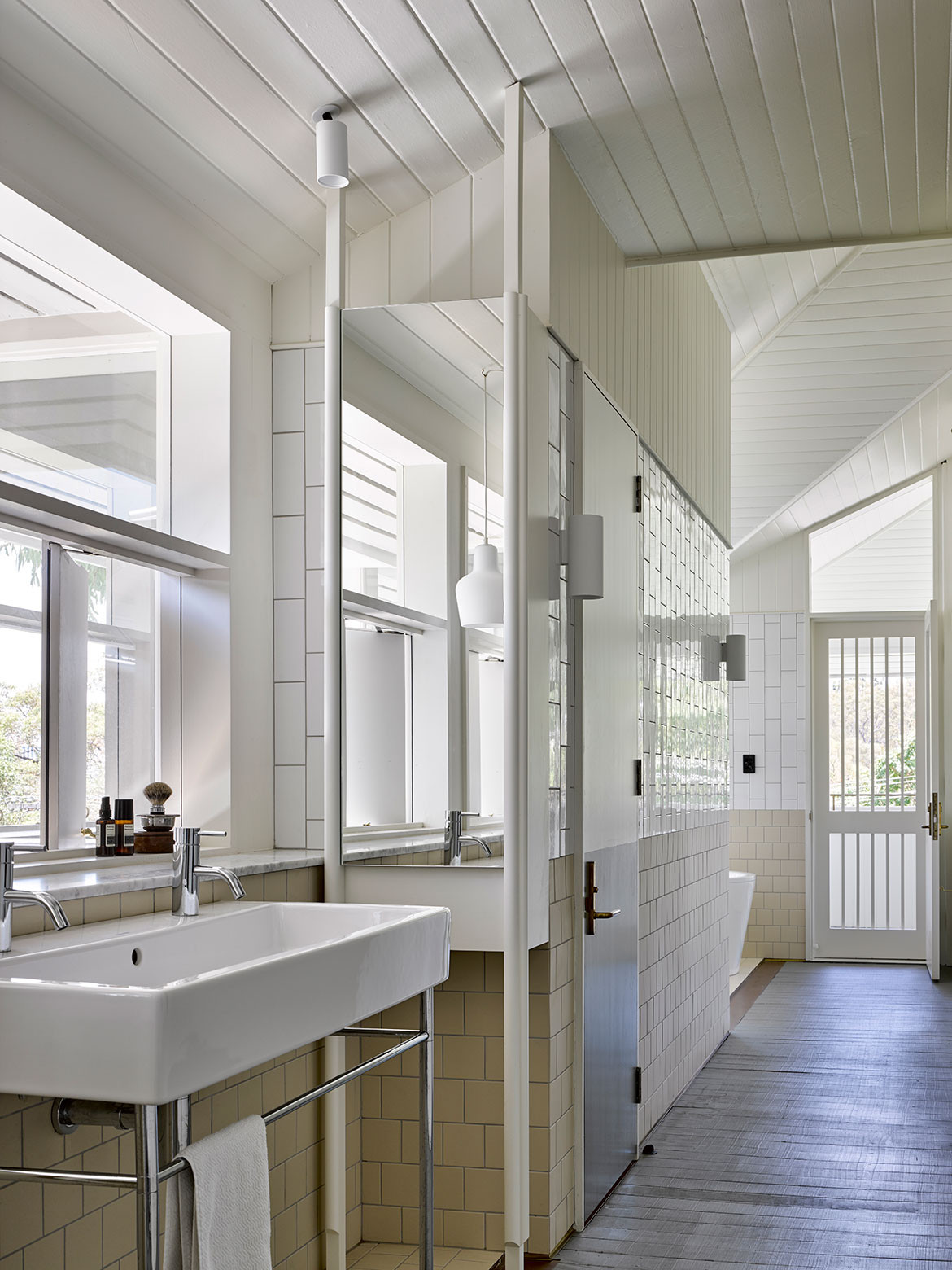 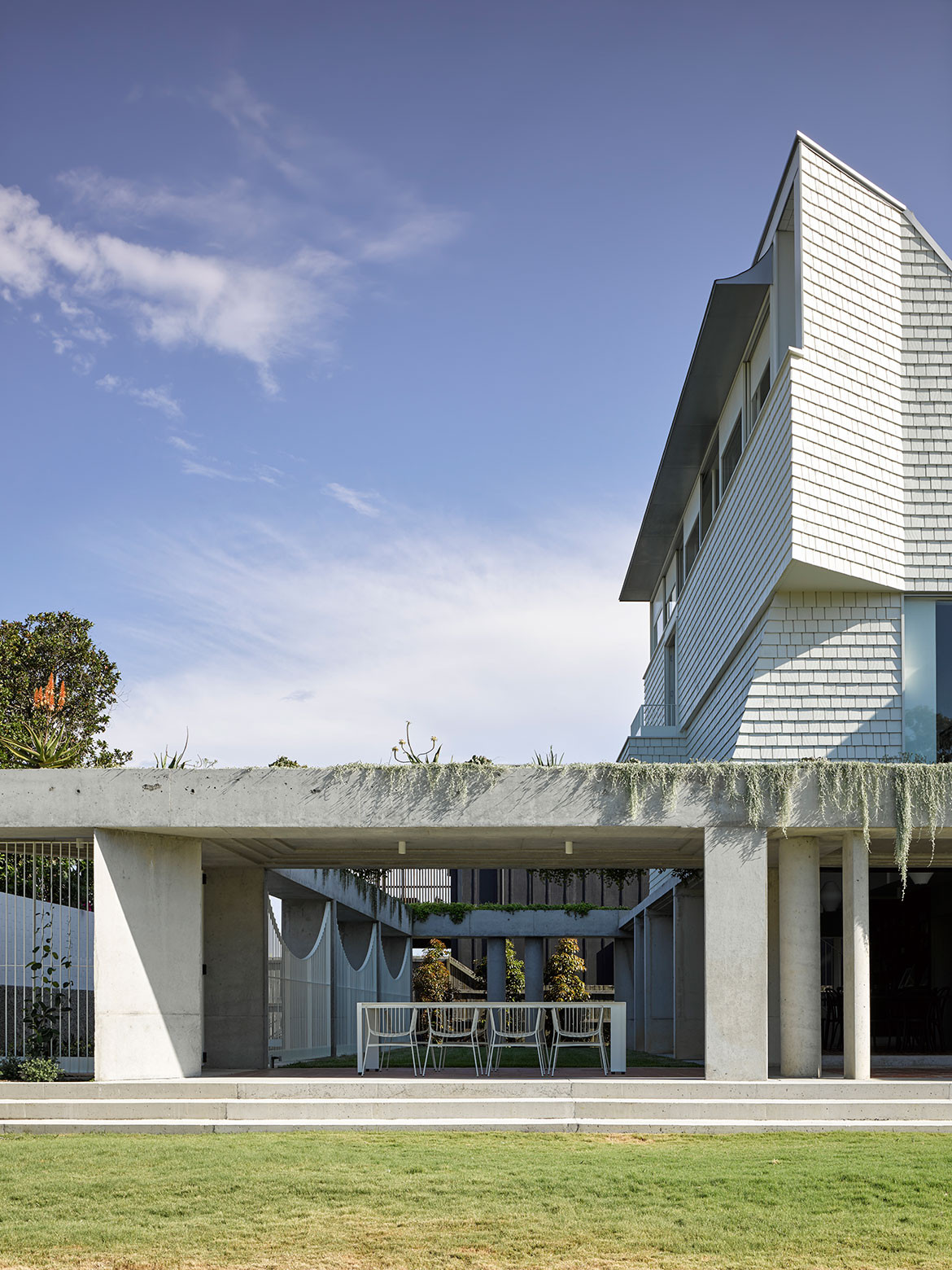 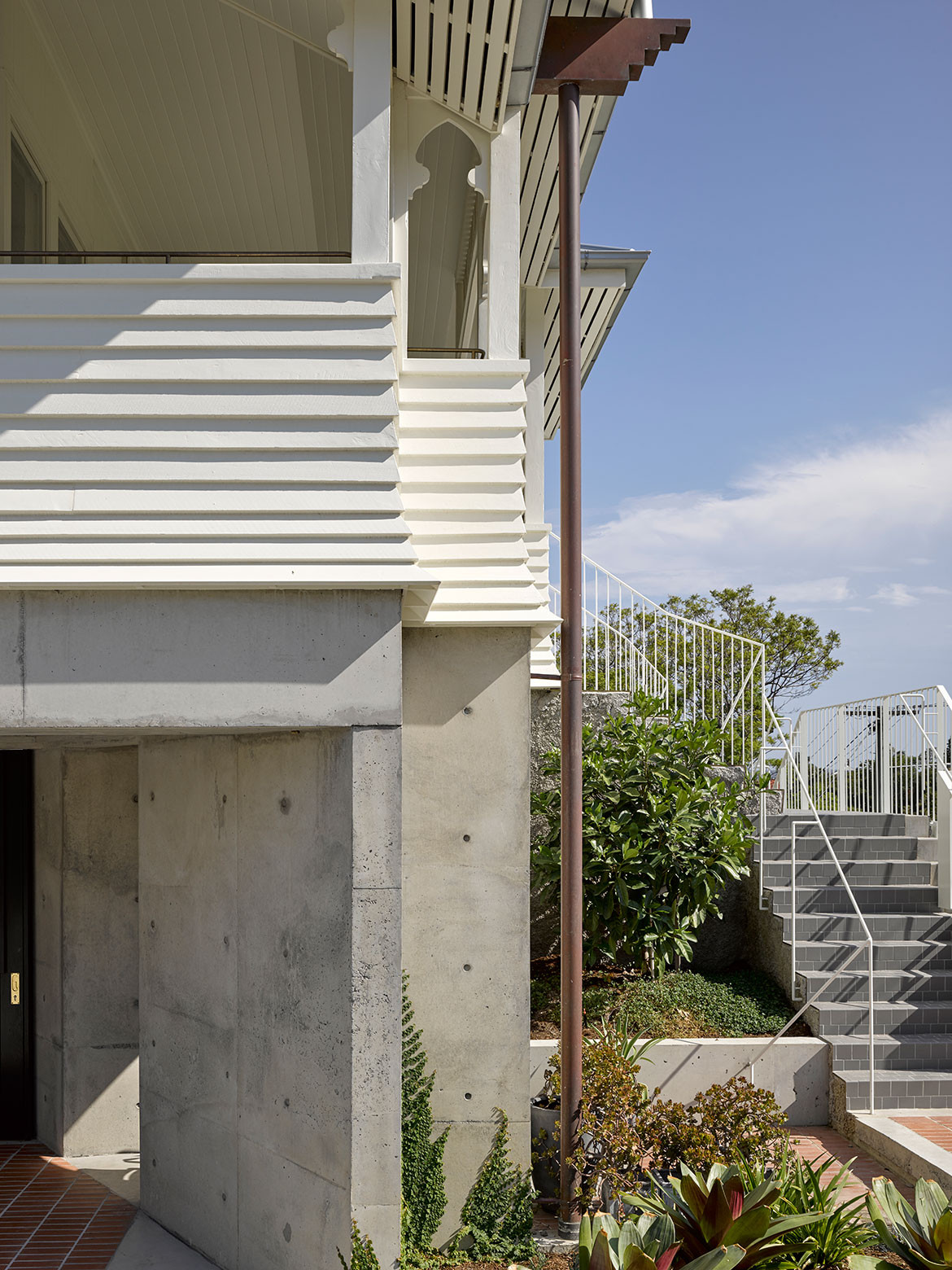 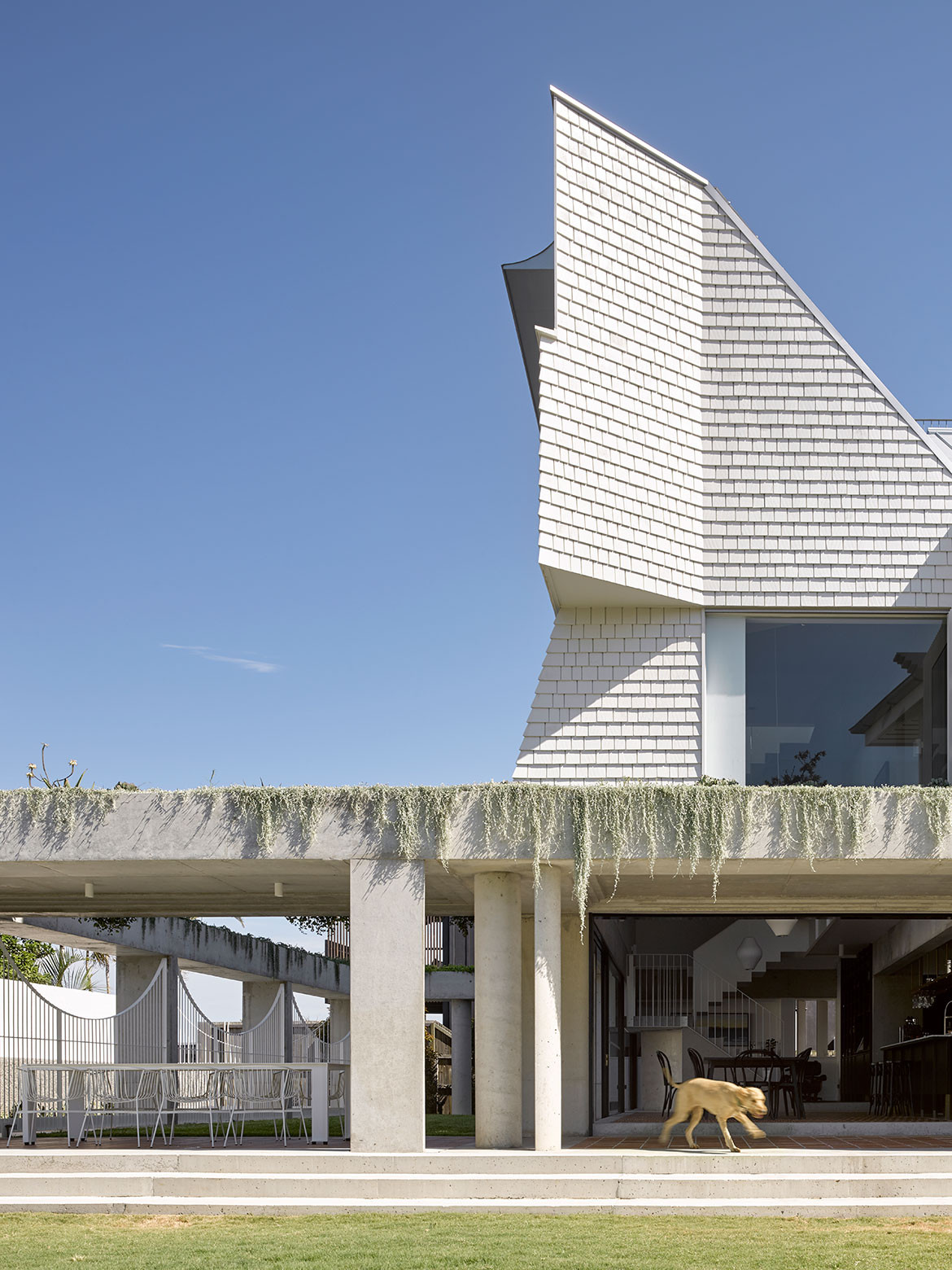 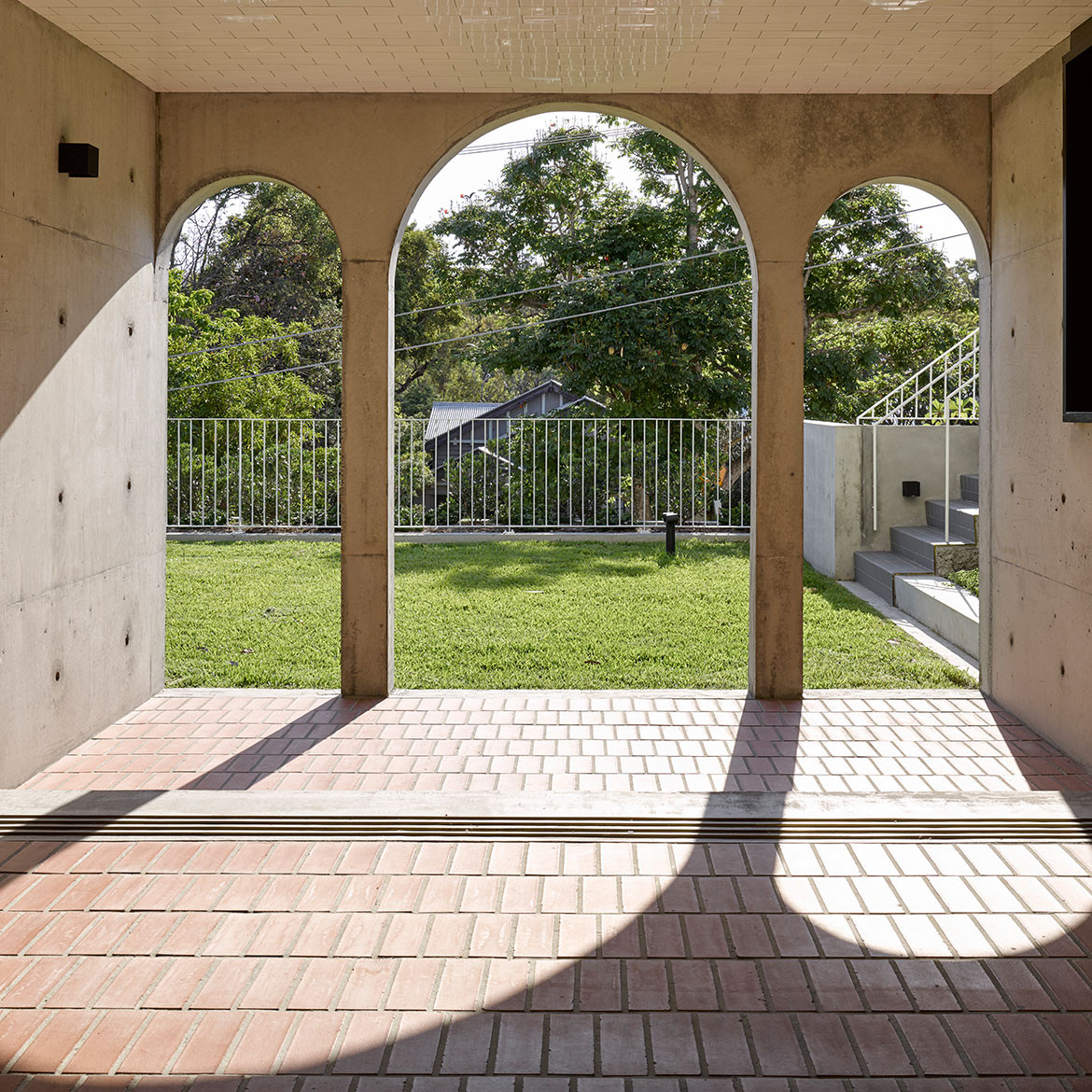 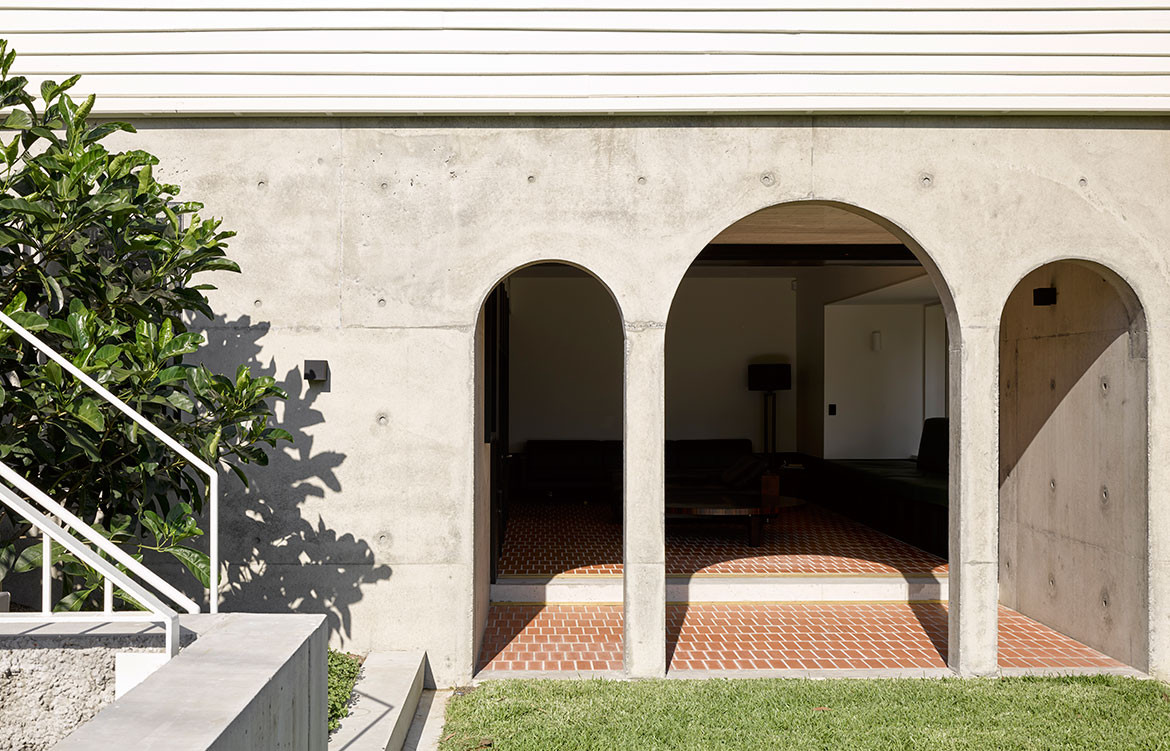 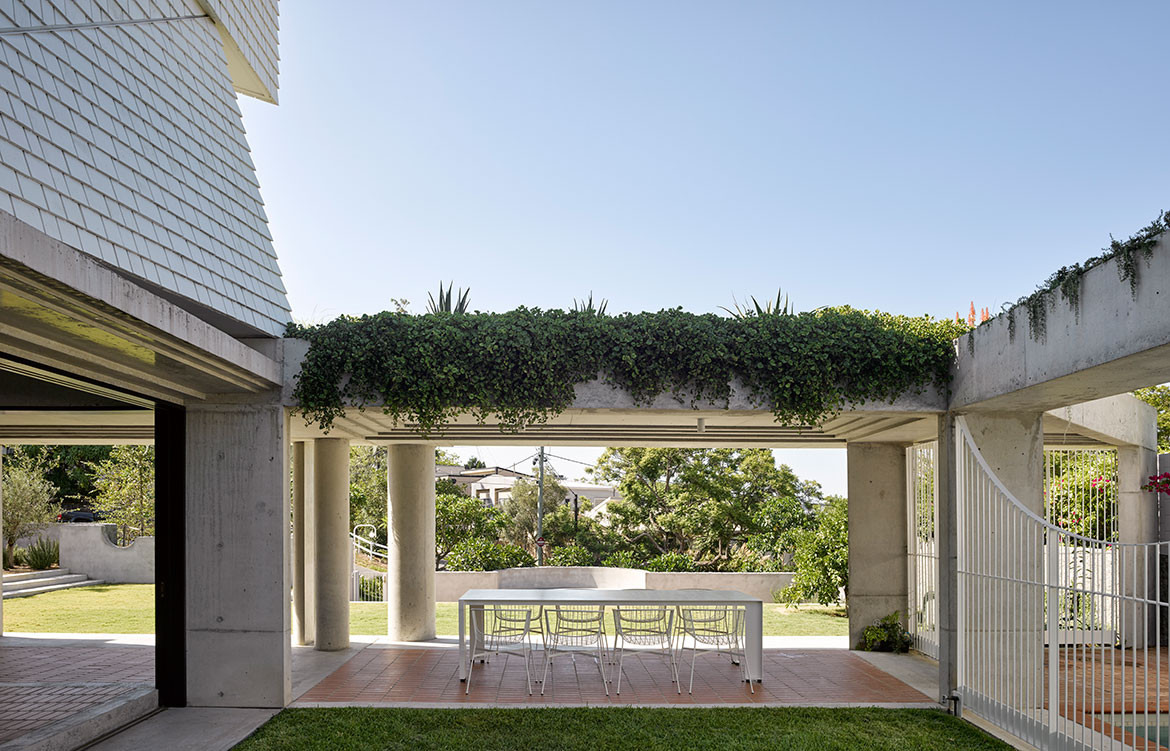 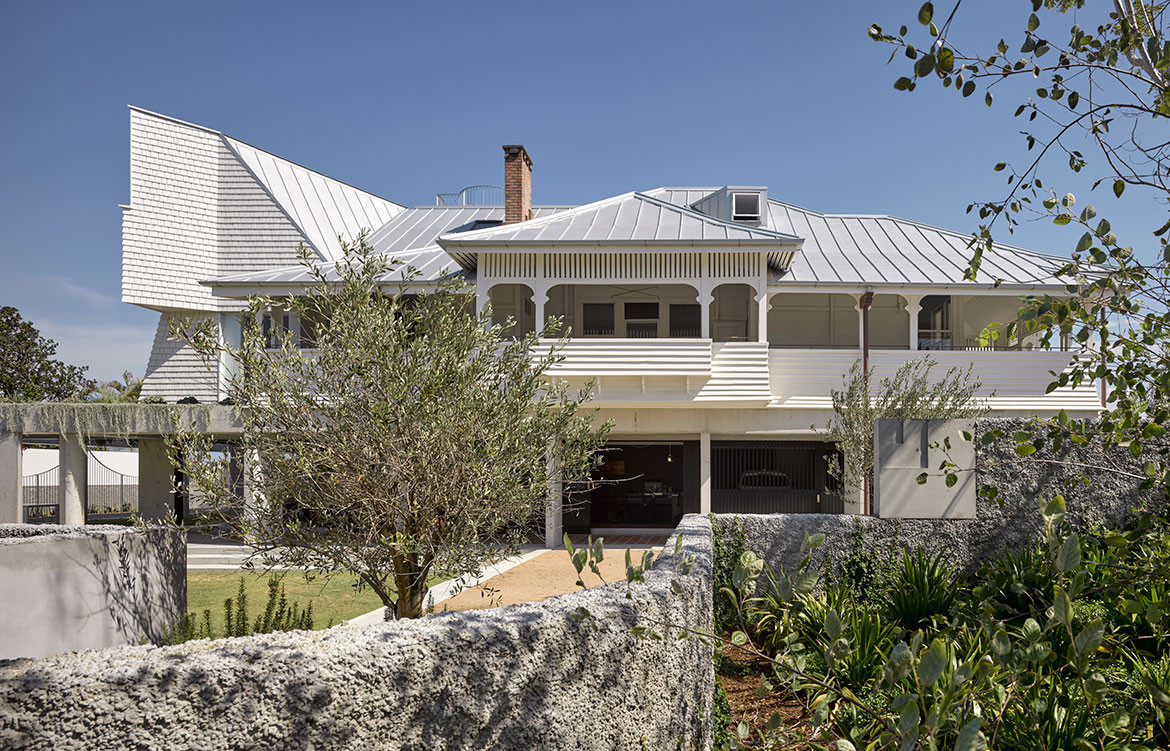 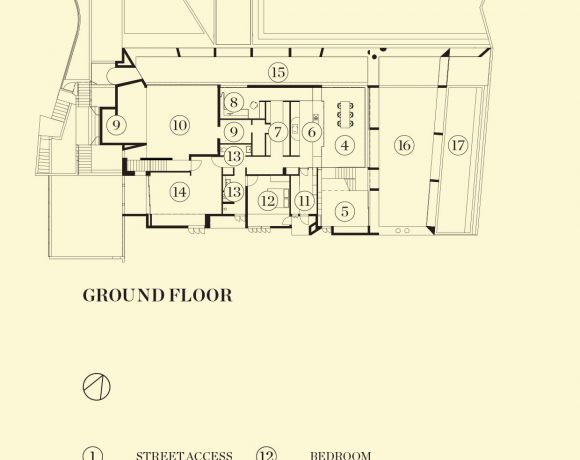