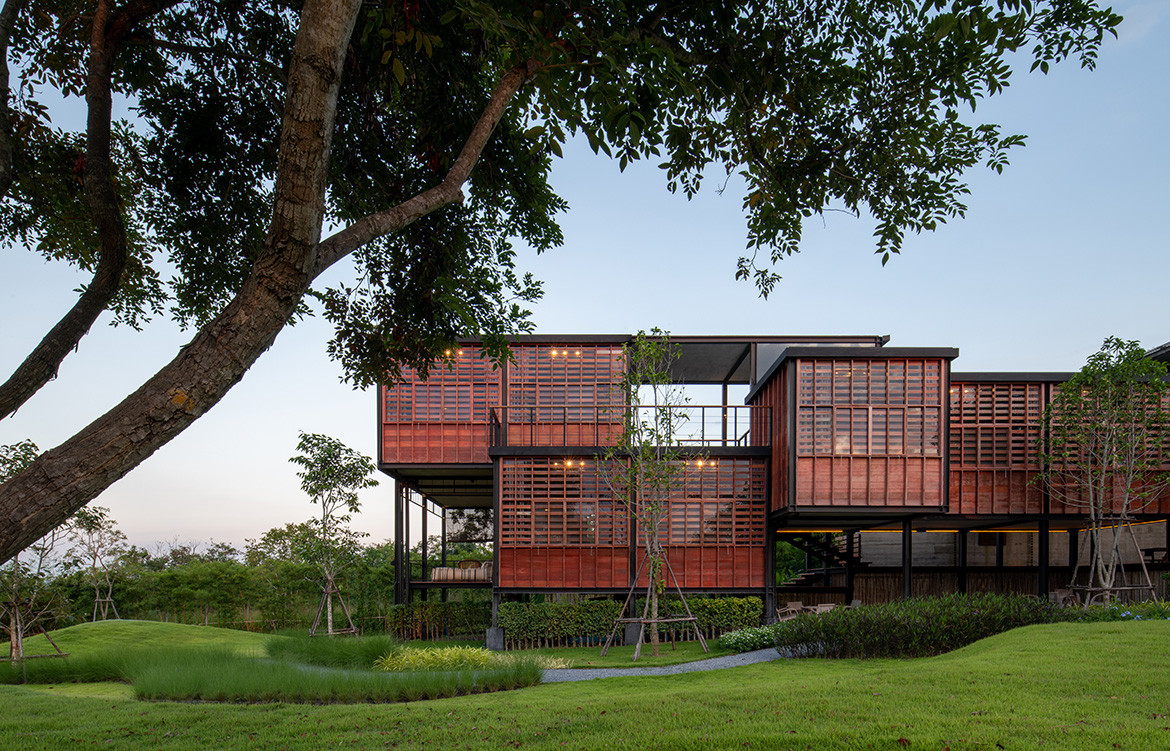 This house in Thailand’s north east offers timeless living in perfect harmony with its environment.

Responding to place is not just a sentimental exercise. It brings all kinds of benefits: to the existing environment but also to the people who will live there. Overall, it brings a sense of unity and a feeling of belonging. Too often the built environment brings alienation, but a home that responds to its place provides existential security.

Place consists of many things – landscape, flora and fauna, existing buildings and structures, the people who live there, and history. Place-responsive architecture takes all of these things into account, along with the character and needs of the people whose home this will be.

This house in the north-eastern Thai province of Pak Chong is for a Bangkok-based family of five. Originally it was to be a holiday rental home, but instead became a second home to the family and potentially a home to retire to for the parents.

The family wanted space, but they also wanted to respect the environment by minimising the impact of the new house on the landscape. Hence the house, on a site area of 600 square metres and set amongst verdant rolling hills, is oriented on a north-south axis, thus avoiding a forest of established Phayung trees (Siamese Rosewood) which instead now offer shade to the new house from the western sun. This decision formed part of an over-arching sustainability agenda to “touch the earth lightly”.

An aspect of this was the way in which the architects used the traditional Korat House from Nakhon Ratchasima Province as an inspiration and a guide. The Korat House is a family of spaces within a single storey wooden structure, with a raised platform and light gable roof. It is a pre-fabricated structure using a modular wall system.

The gable roof has gone, but the Binary Wood House is raised slightly off the ground, leaving the earth untouched and allowing life to go on underneath the house. It is a timber house using sustainably harvested timber – 80 per cent of it recycled – re-worked by local craftsmen. Locally sourced materials prepared by local craftsmen is environmentally sustainable, but also helps sustain local crafts and reduce the need to transport materials to site.

The architects also borrowed the strategy of using modular, pre-fabricated timber systems, resulting in a structure that retains the aesthetic appeal of the timber façade of the Korat House, but in a very lightweight form. In fact, the house seems almost to de-materialise without any sense of imposing itself on the landscape.

But this is no exercise in pastiche. It is part of a clever strategy to optimise the space provided without dominating the landscape. This is also the origin of the house’s name. For each of the spatial modules (3.4 metres in length, width and height), the architects designed in a binary identity: unoccupied/open space and occupied/enclosed space.

This means the house has a very fluid programme. Life in the house is not pre-determined by functionally specific spaces. Some, like the bedrooms and kitchen/dining are, but other spaces can be what anyone wants them to be, while still allowing for a balance between privacy and community. The extensive use of permeable timber screens and open pavilions drive a sense of the house being an extension of the landscape – and part of the ongoing story of this place. 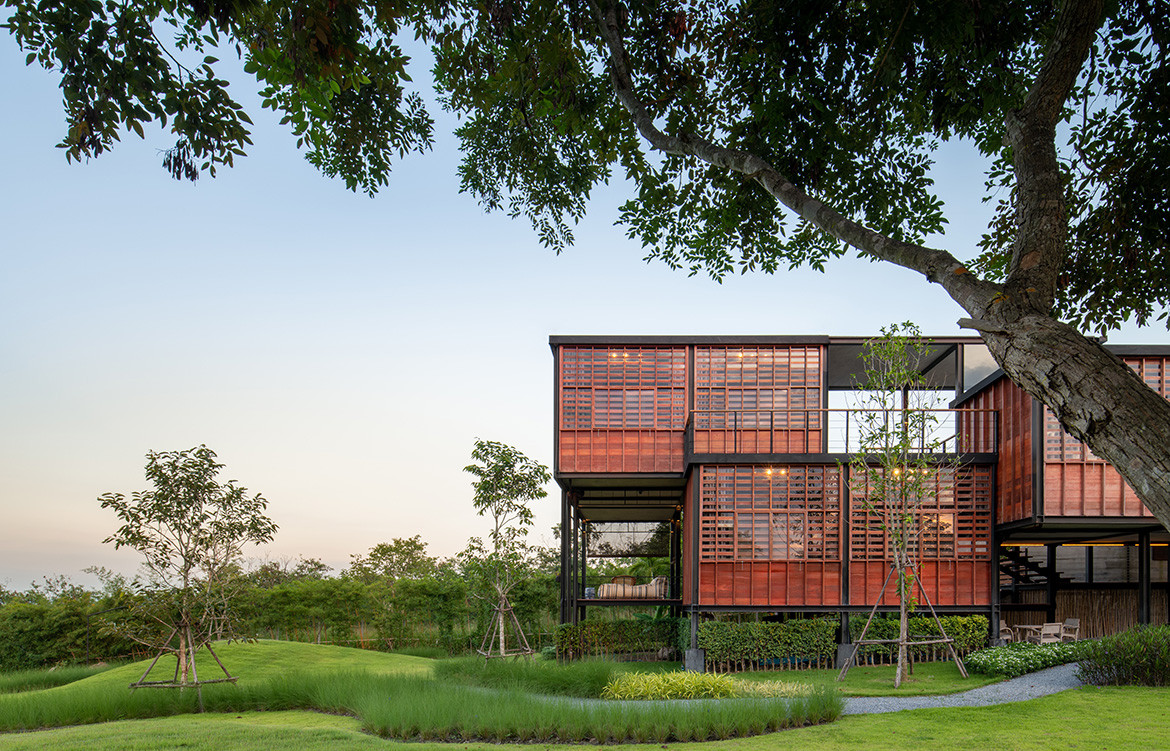 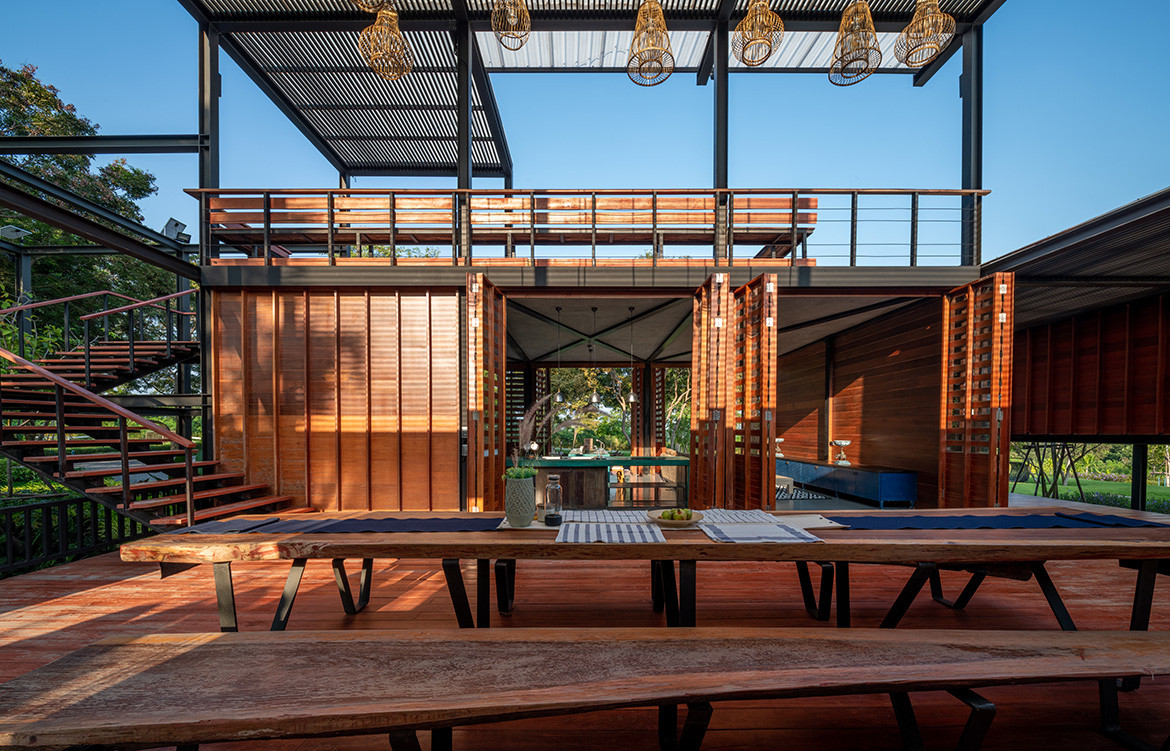 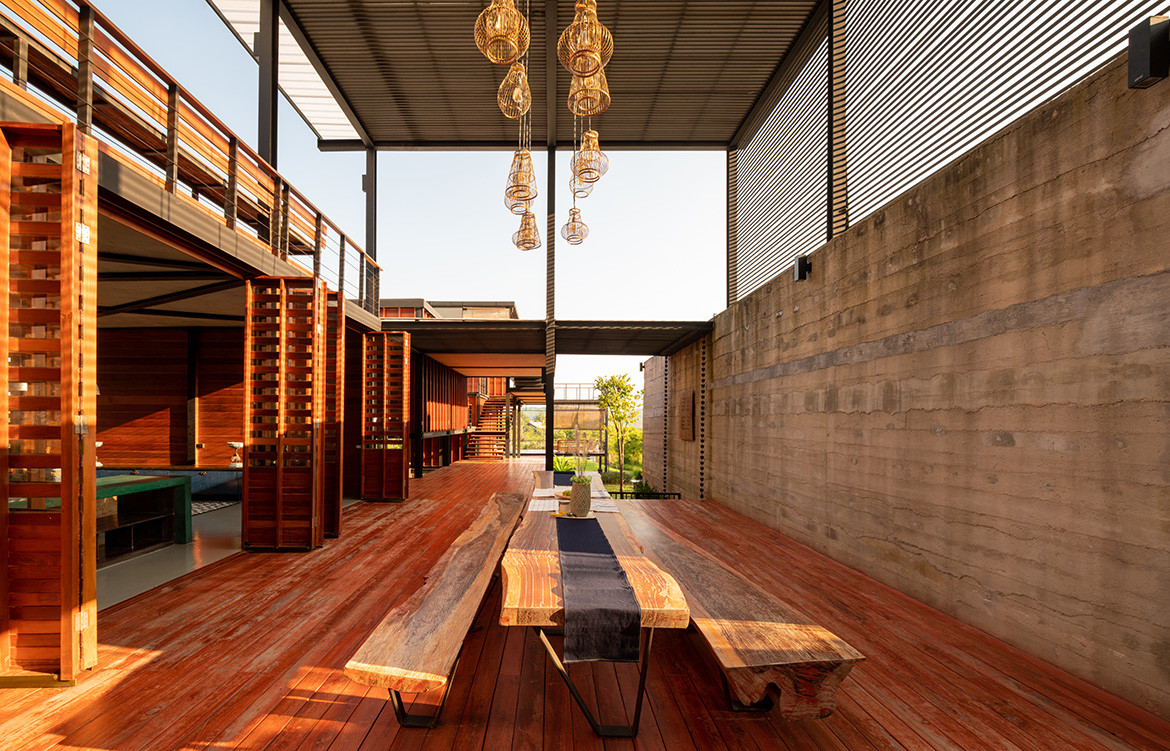 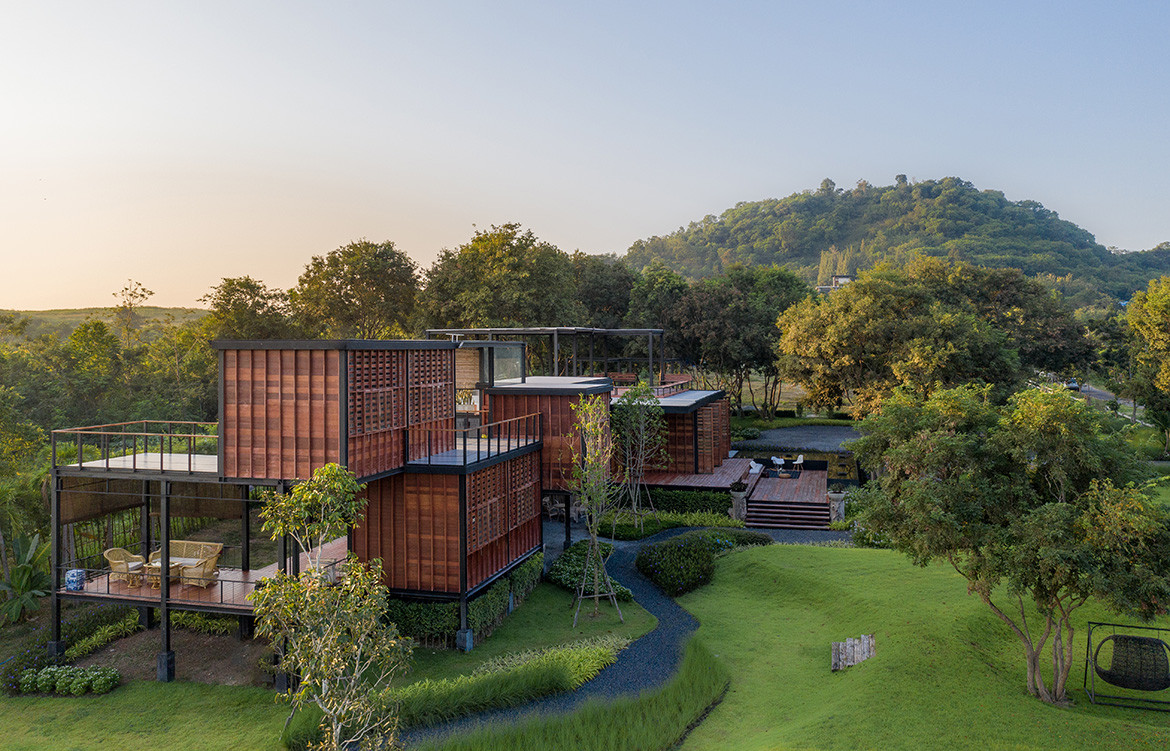 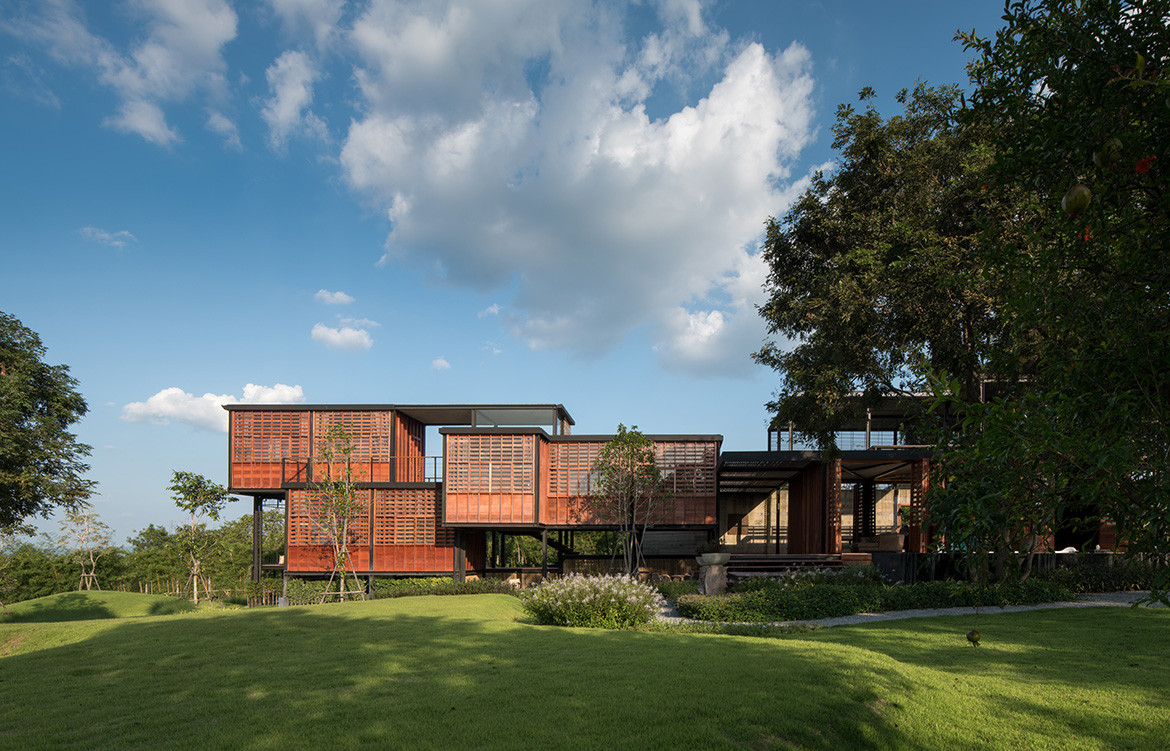 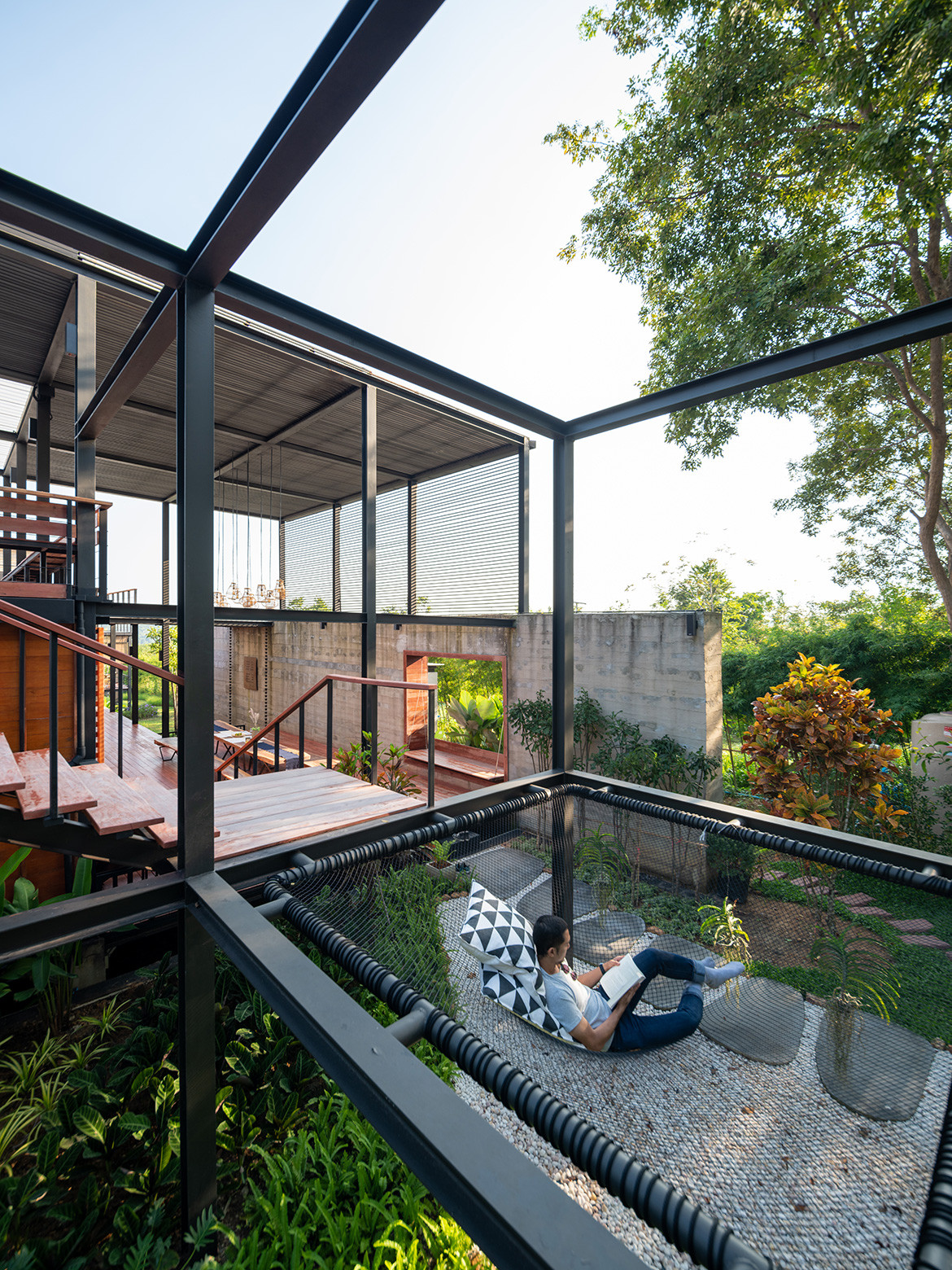 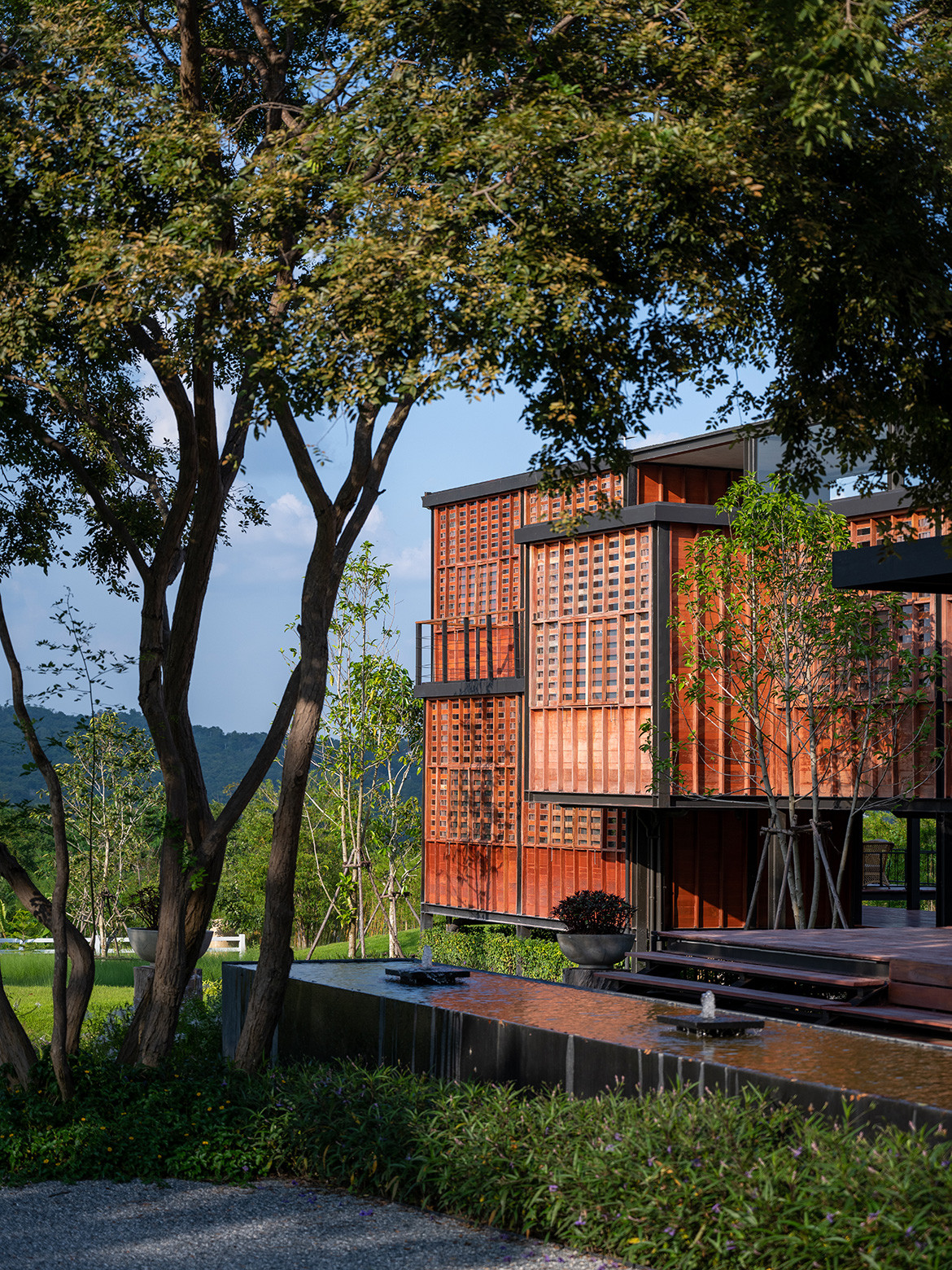 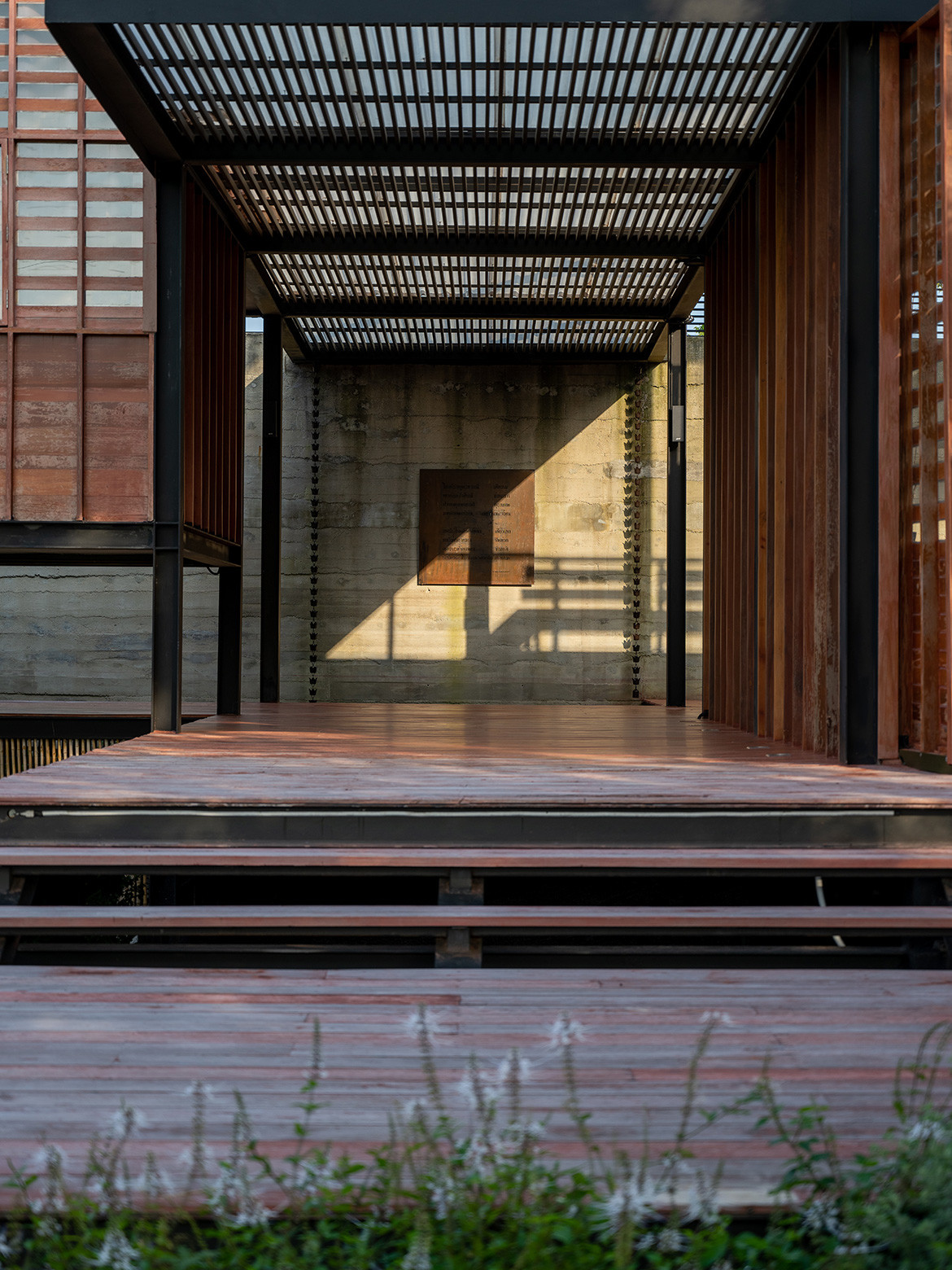 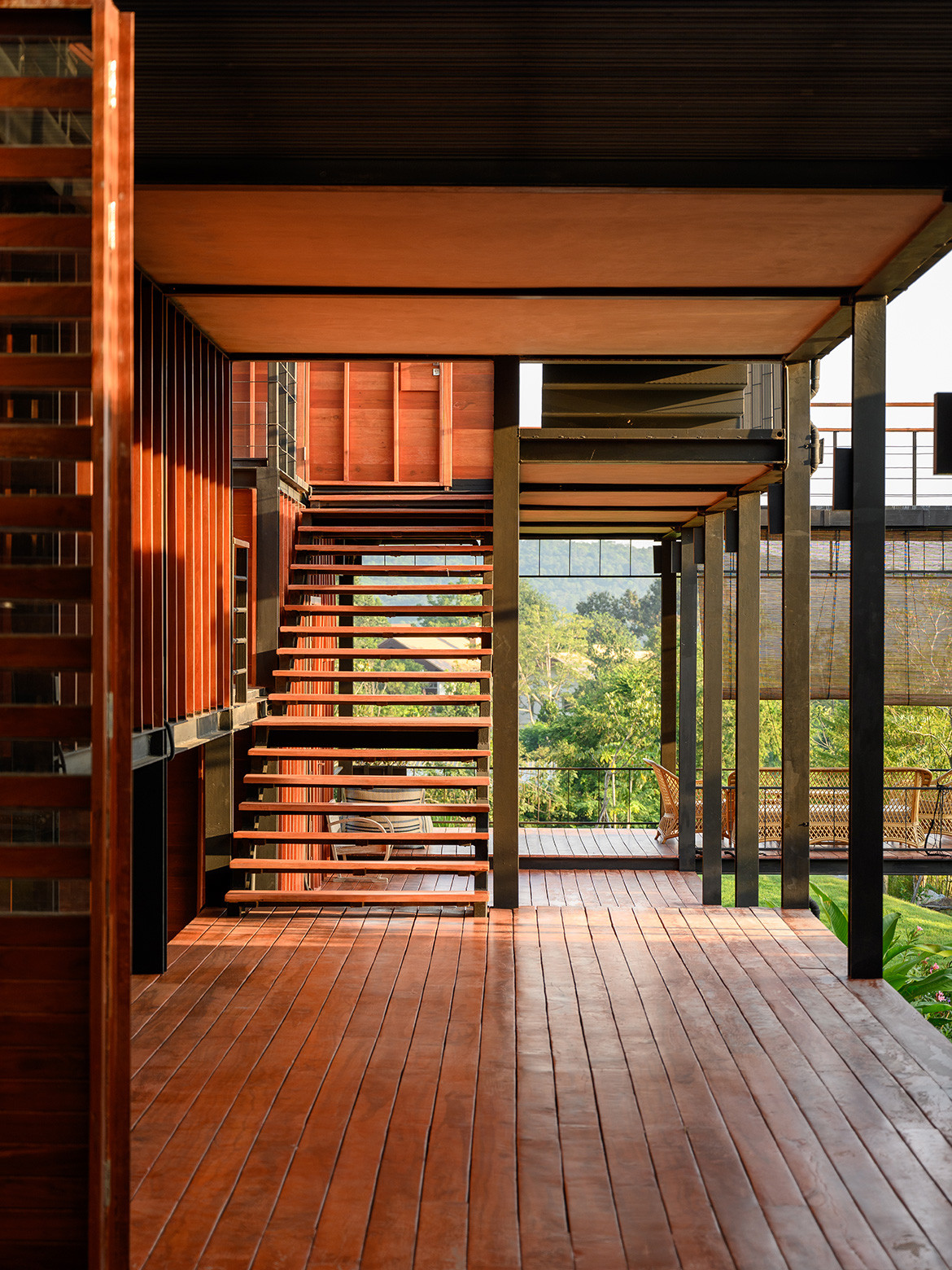 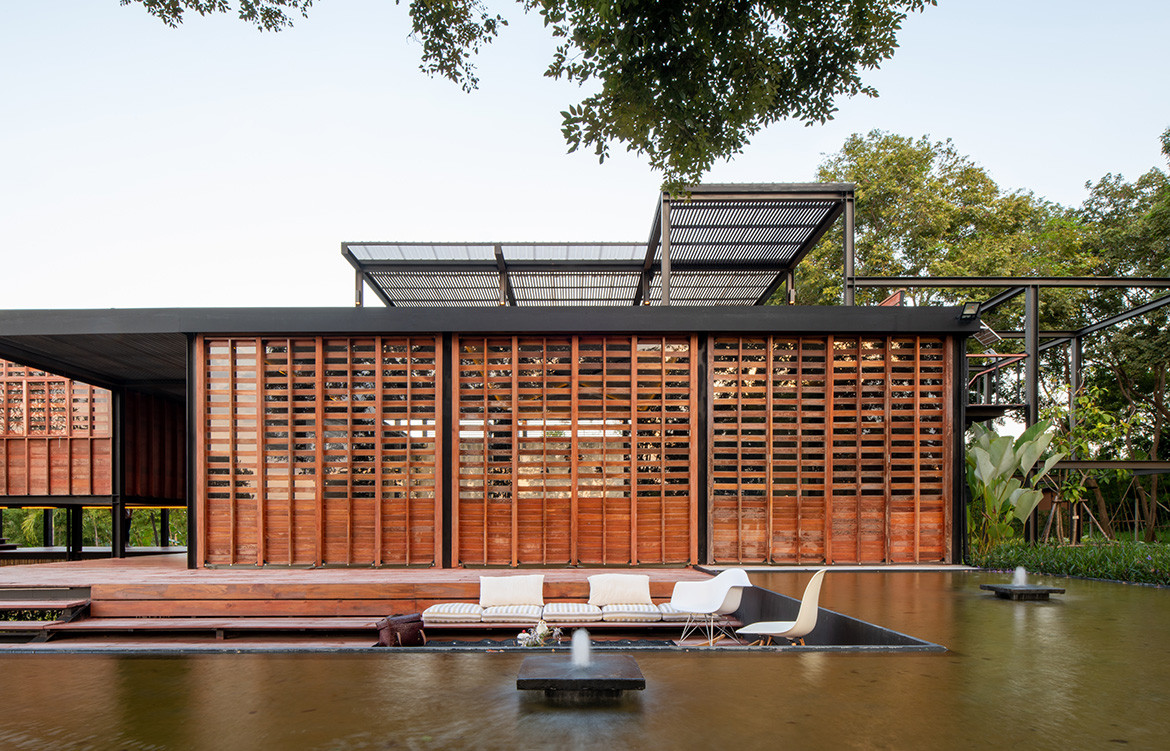 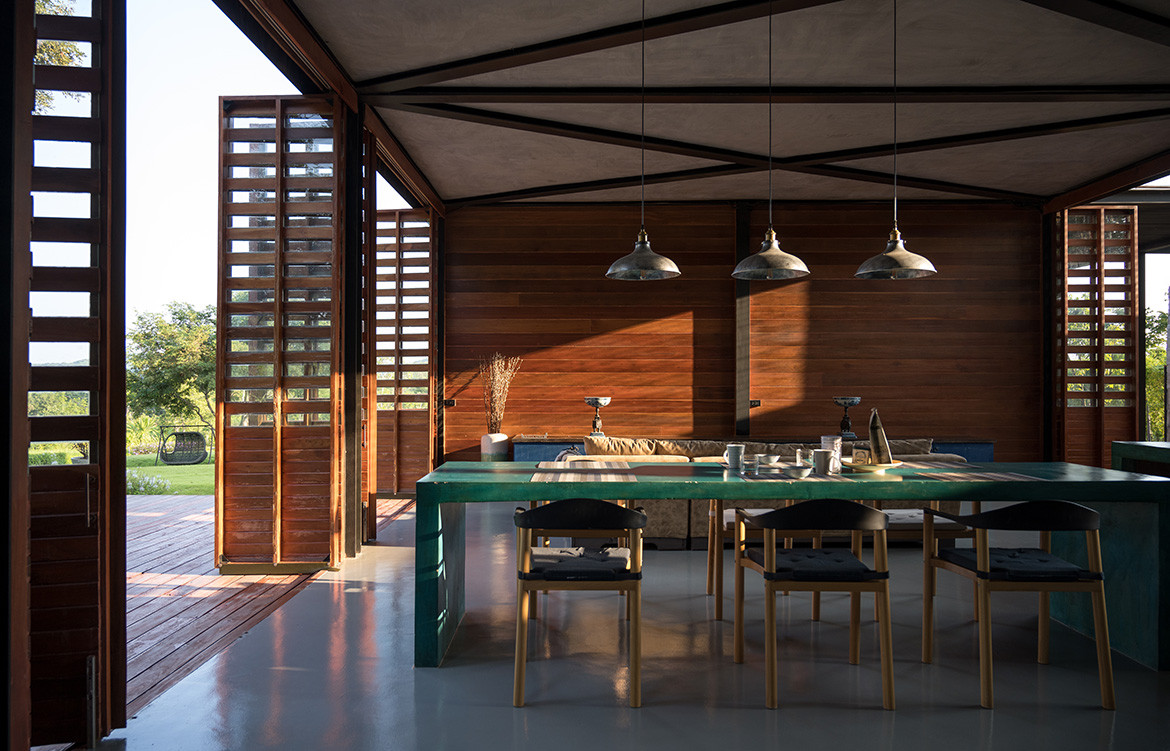 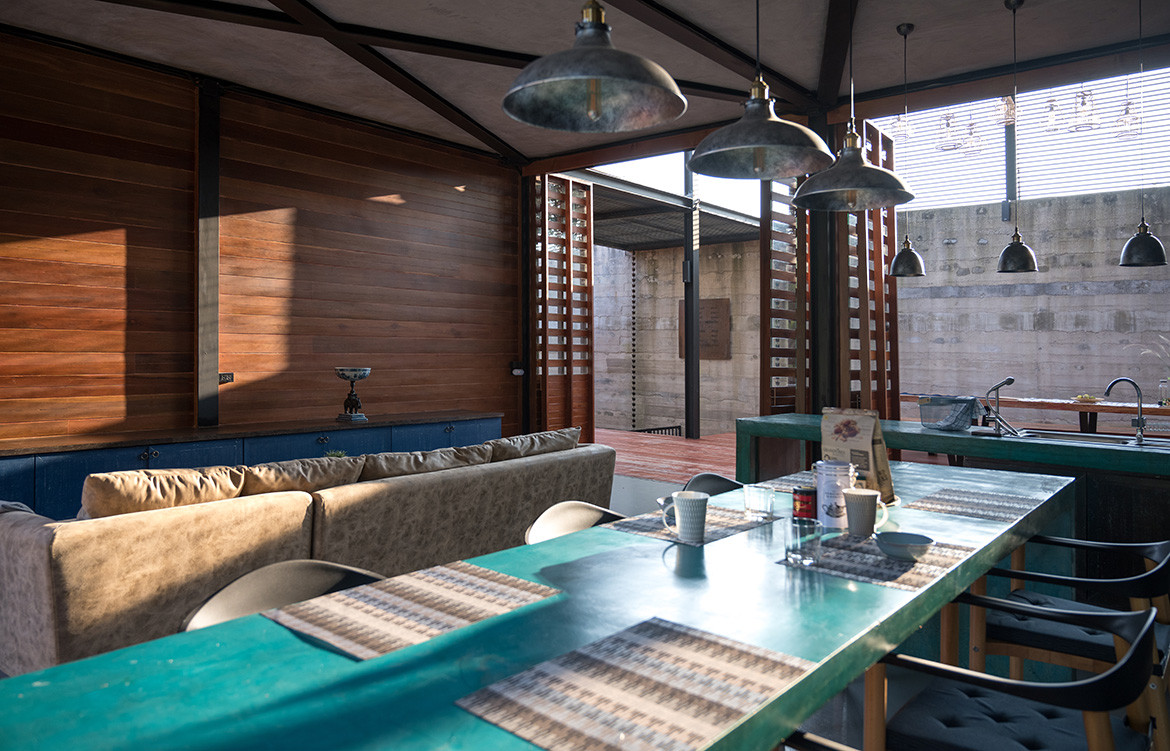 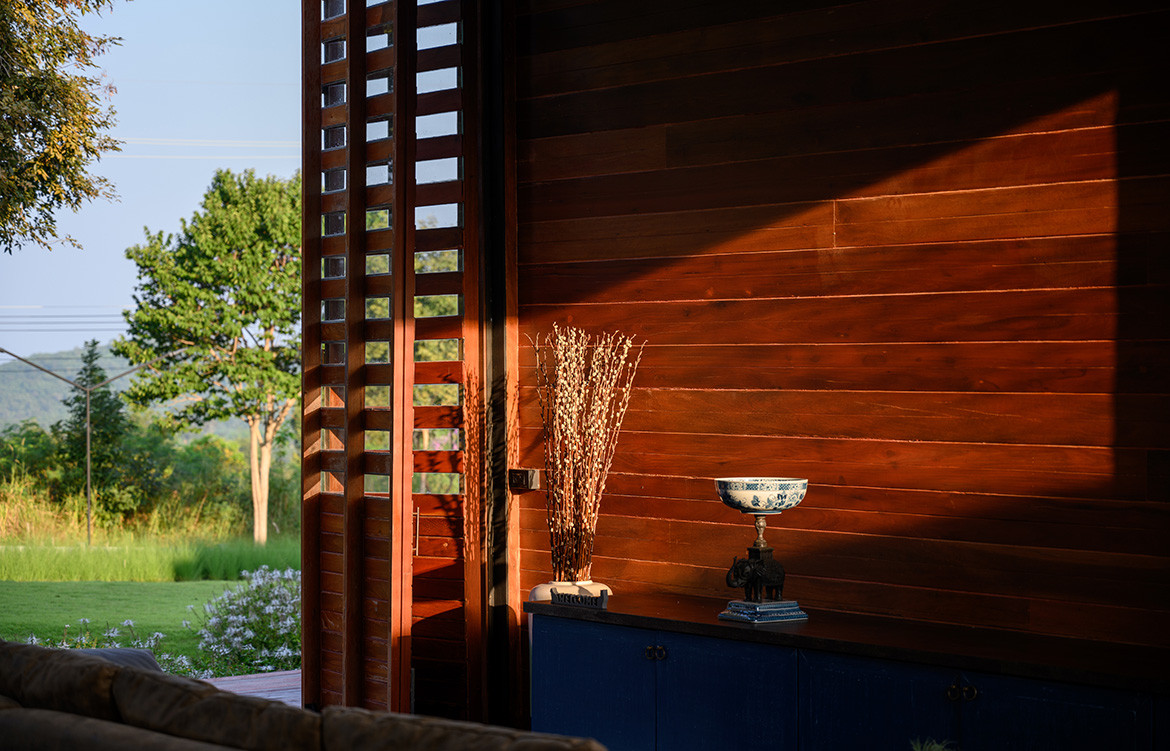 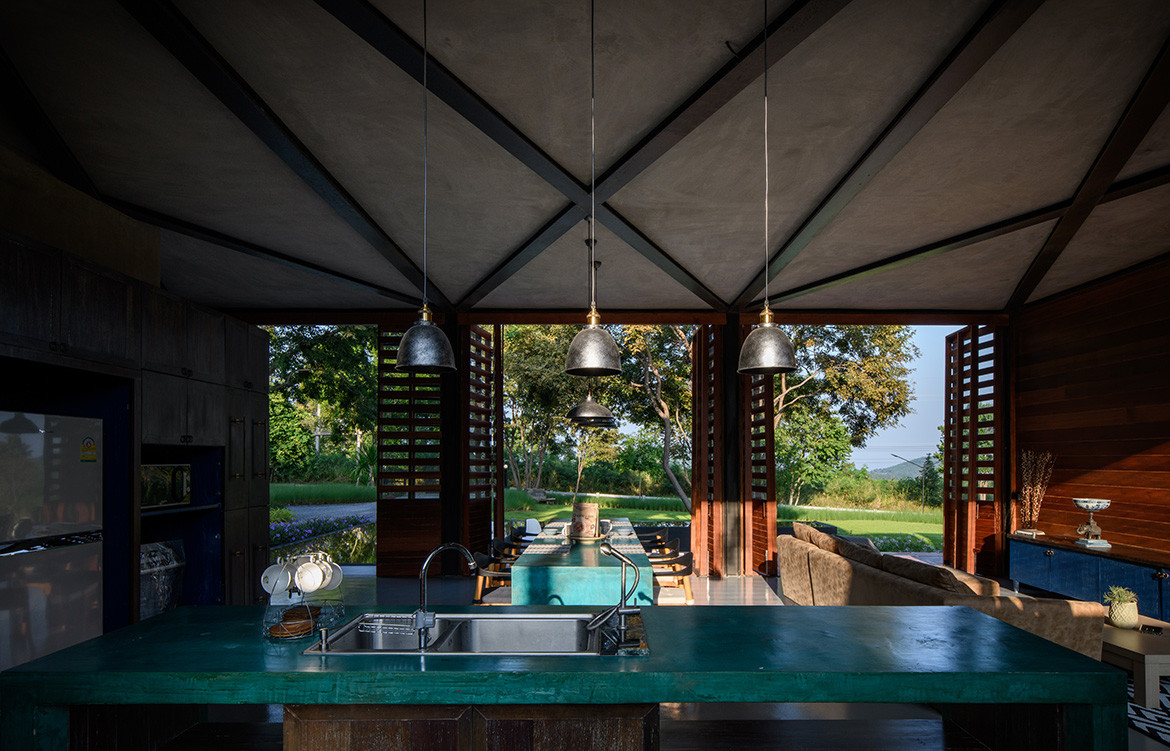 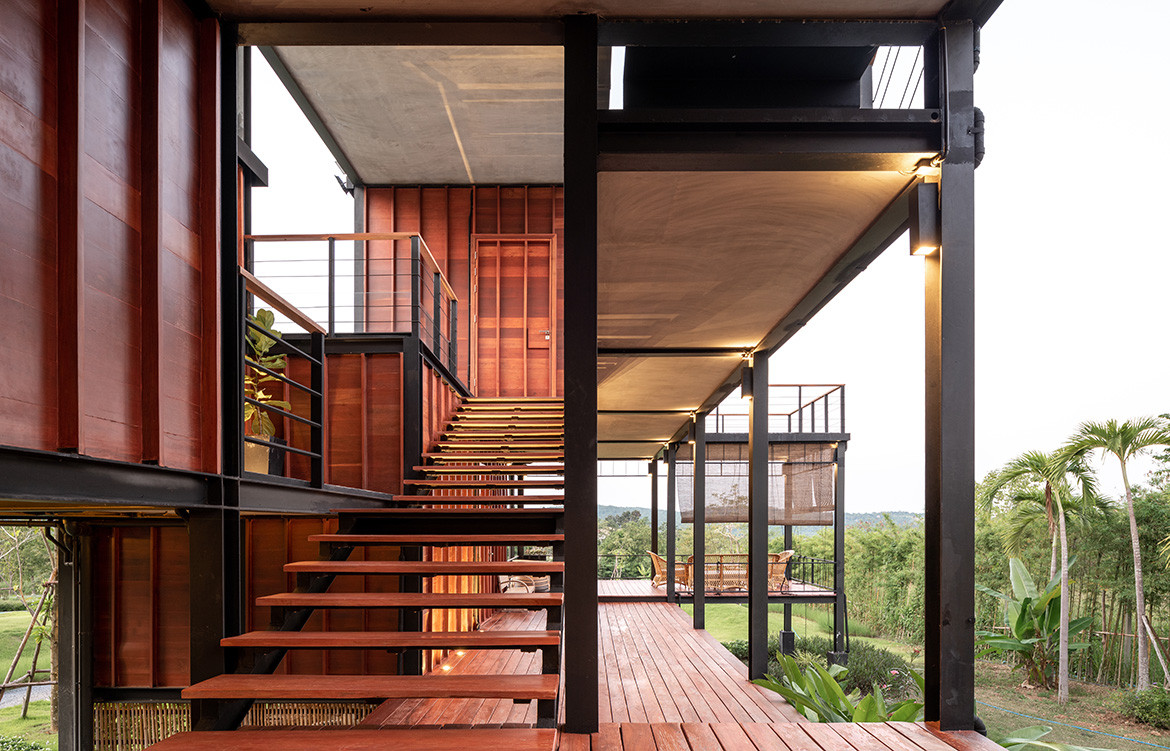 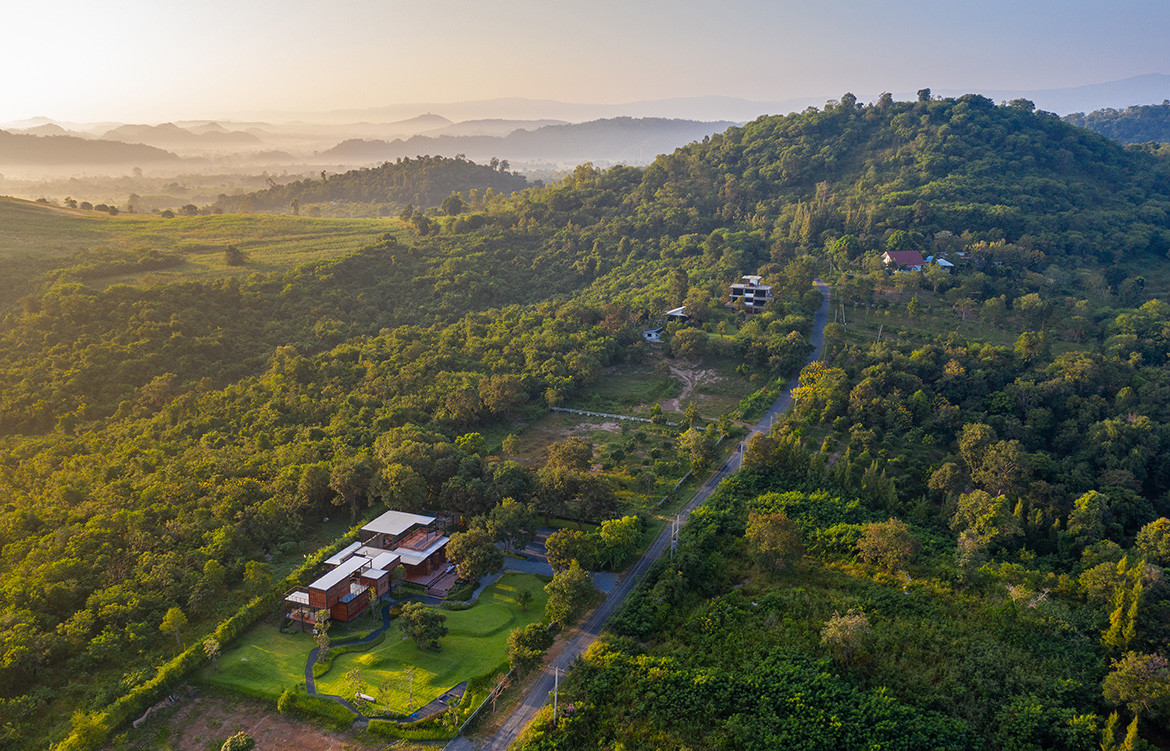 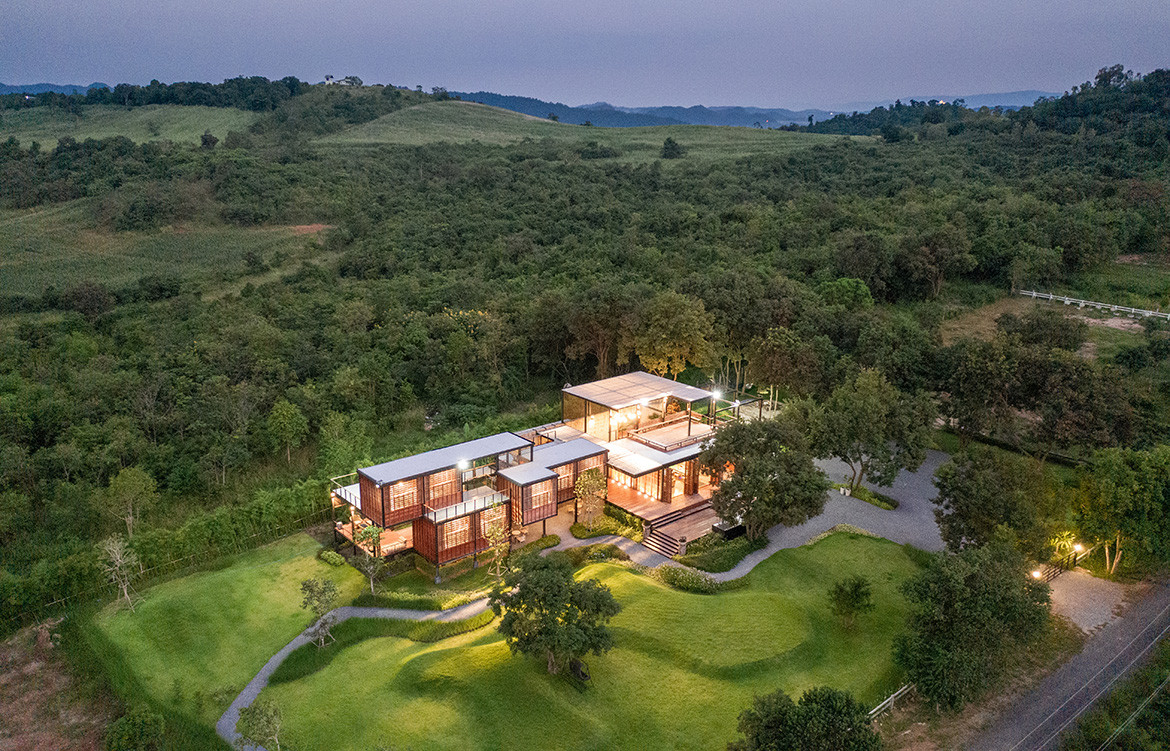 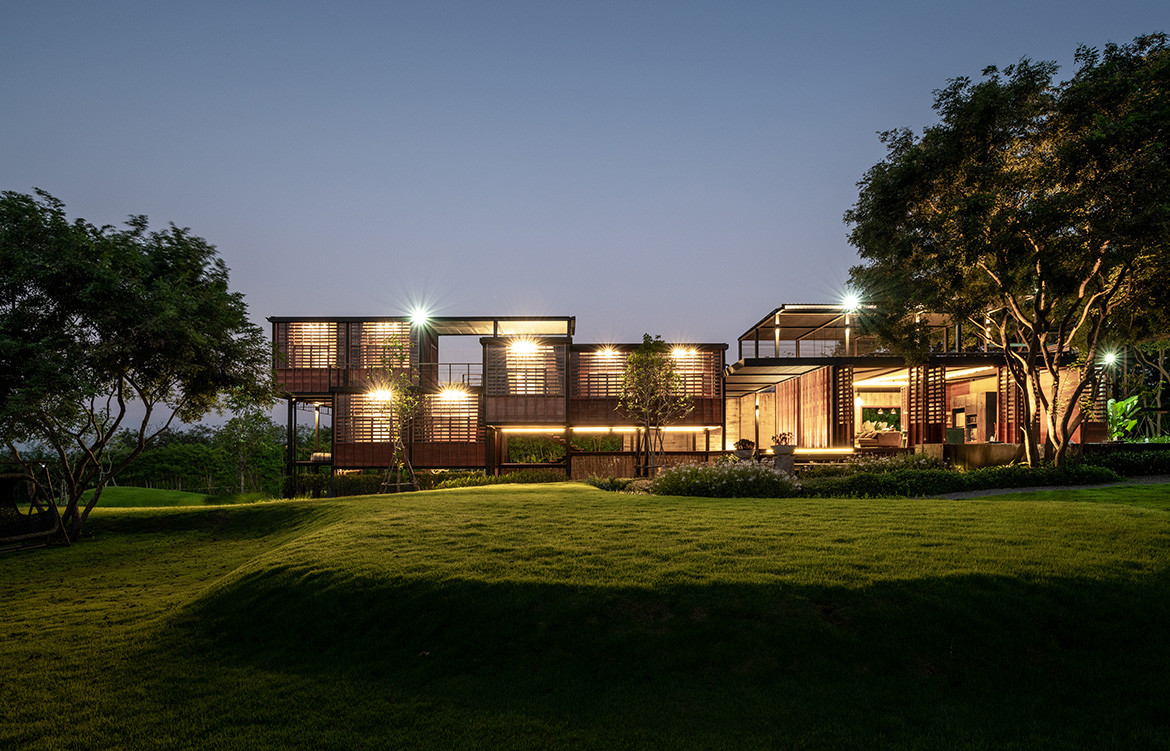 FURNITURE
Outdoor dining table and bench custom-made by local craftsmen. Other furniture from clients’ own collection. 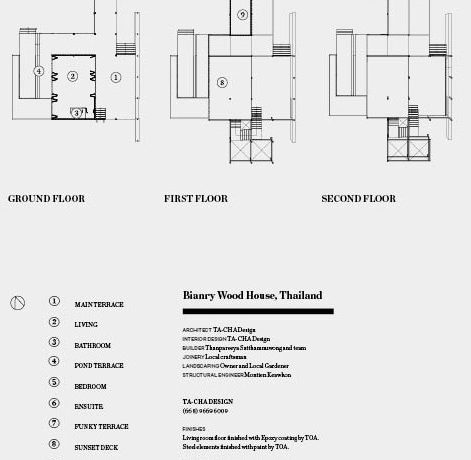