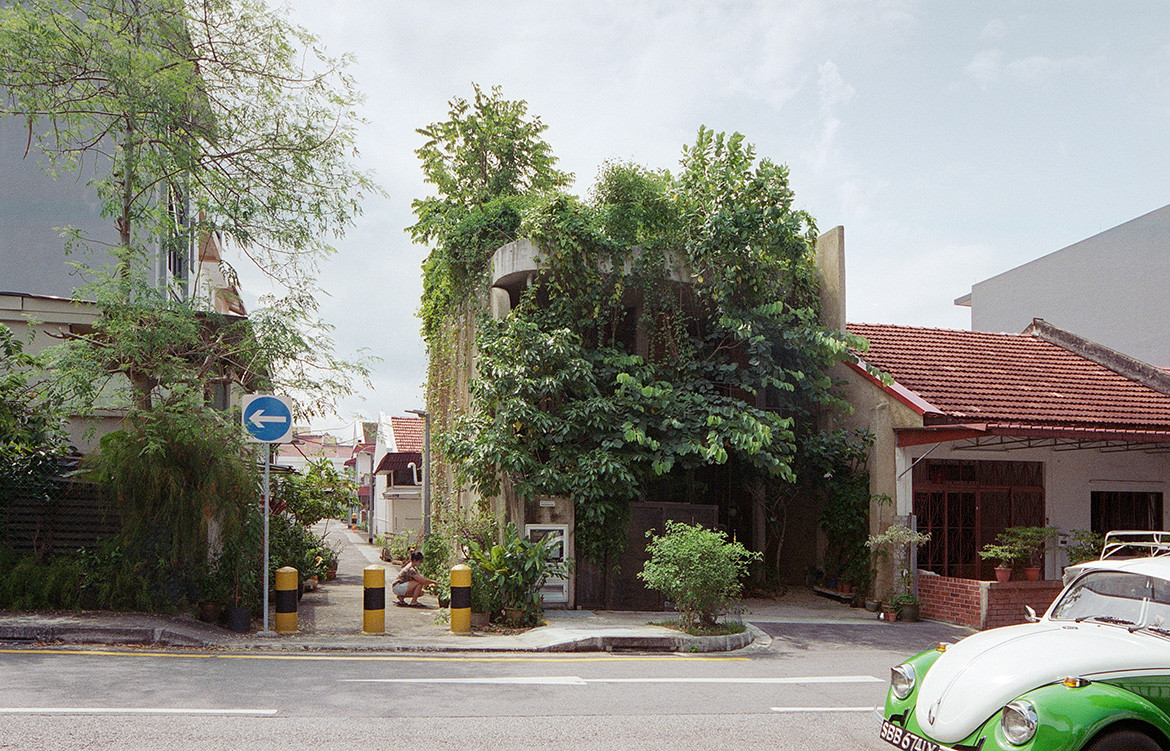 This may look like a radical house, but it is actually just about connection with family and with the natural world.

It was once just one in a street of very modest, single-storey row houses with pitched tiled rooves dating from the 1950s. Now its parti wall remains intact along with the opposing wall flanking a pedestrian walkway, but the interior has been completely opened up. Previously, says architect Ling Hao, the house was in a “very interiorised condition”, closed off to minimise noise from the busy street. But the family had grown to five. They needed more space – the rear courtyard had even been covered to create another room – and they hankered after a garden. Still, they were a close family. So, how to live together as a family, but have a garden and offer the privacy which growing children start to need – all on a modest budget?

For Ling Hao these were challenges he relished, especially the opportunity to work on a small house because, in Singapore, the obsession is to ‘max out’; that and the opportunity to respond to Singapore’s wet and humid climate without resorting to enclosed spaces with air-conditioning.

It helped that the lady of the house had grown up in a more rural environment and was used to the kind of traditional dwelling that Ling Hao himself grew up with in the Malaysian town of Kuching. His father had designed and built a concrete house on stilts with the ground floor entirely open. In this sense it was like a traditional compound house where the ground floor was entirely open and people lived in a single space. “Living in a house is not so much about how big your land is, but how you enclose and open up things – as long as you have sufficient shelter,” says Ling Hao.

The idea of the compound house was never spelled out. Instead, Ling Hao talked to his clients about how they lived. Also, they remained closely involved in both the design and building of the house throughout. The result is a house that truly reflects the way the family lives, but also provides flexibility and privacy as required. Most of all, it is closely connected to the natural world by virtue of its openness and the generous greenery, including the garden roof whose trees play a major role in cooling the house. “Everywhere you feel as though you are among the plants,” says Ling Hao.

A second floor has been created together with a roof garden without losing the scale of the existing streetscape. The ground floor is left largely open. The parents’ bedroom is at the back and can be closed off with glass sliding doors, but the rest of the downstairs space is family space, including the kitchen, which becomes a combined wet and dry kitchen. It is, says Ling Hao, basically a reconstruction where everything concrete has been kept, with only columns introduced to support the roof.

Upstairs is the children’s area, accessed by a spiraling steel staircase. A timber deck runs the length of this level with a raised timber bench so that the children can sit to do homework or read. Beyond this is a void open to the weather. Inside, slightly raised above the timber deck, is a single long space with timber flooring and slender timber sliding doors that enable individual spaces to be created as necessary. Similarly, sliding timber doors with low-level windows access the timber deck outside.

Ling Hao explains that to have created permanently enclosed rooms on this level would have changed the overall scale of the house, so “the floor becomes the furniture”. It may look Japanese, he says, but this is what traditional Malay houses look like – modest in scale, with low ceilings and the floor where everything happens. In this case, the timber also softens the interior against the hardness of the concrete.

Most importantly, though, the house has been opened up to allow air movement. As for the rain pouring in and creating “puddles”, well, the lady of house is used to that from her younger years. She likes puddles and has even grown used to the caterpillars that ravage her vegetables and greenery. 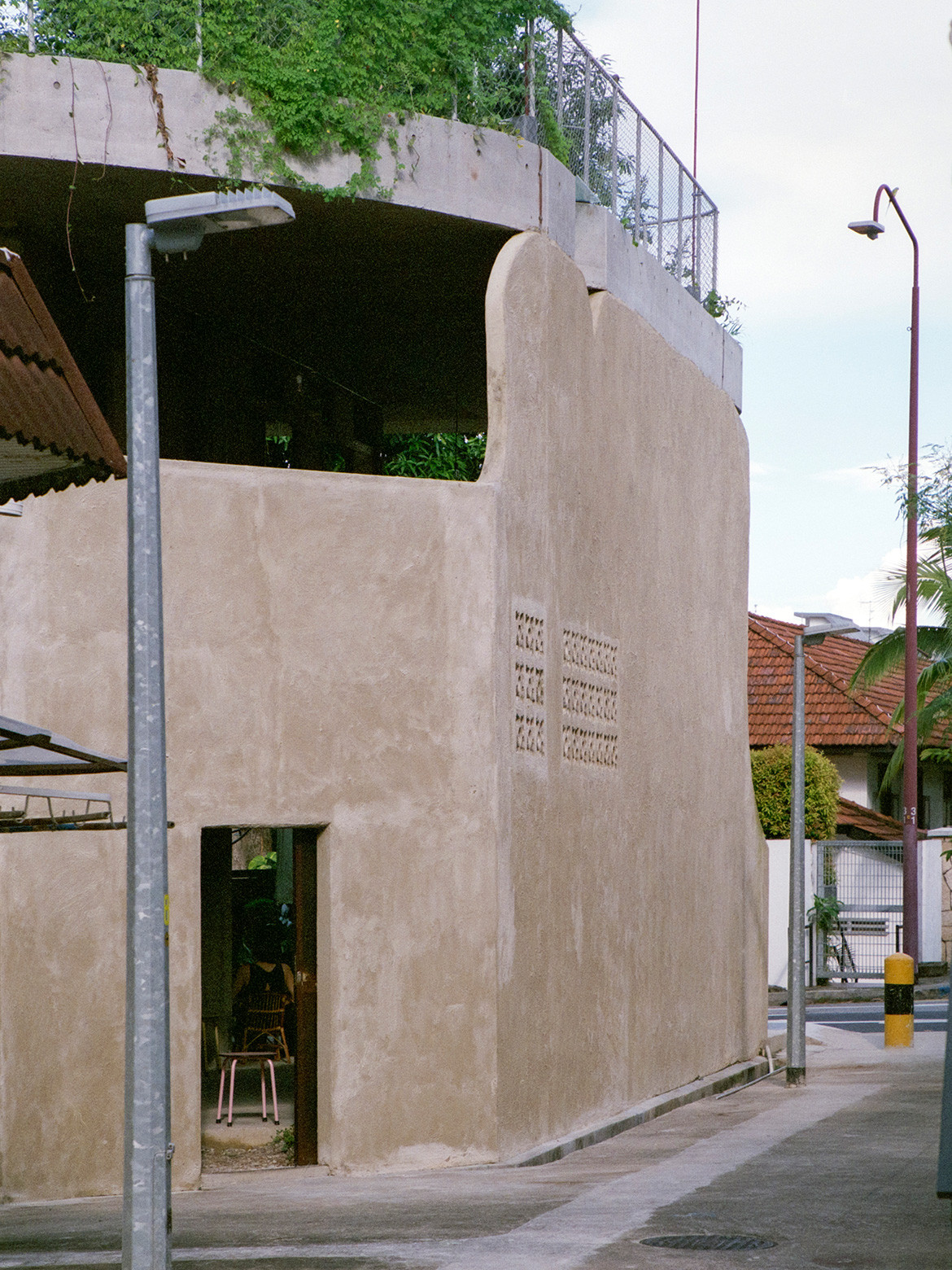 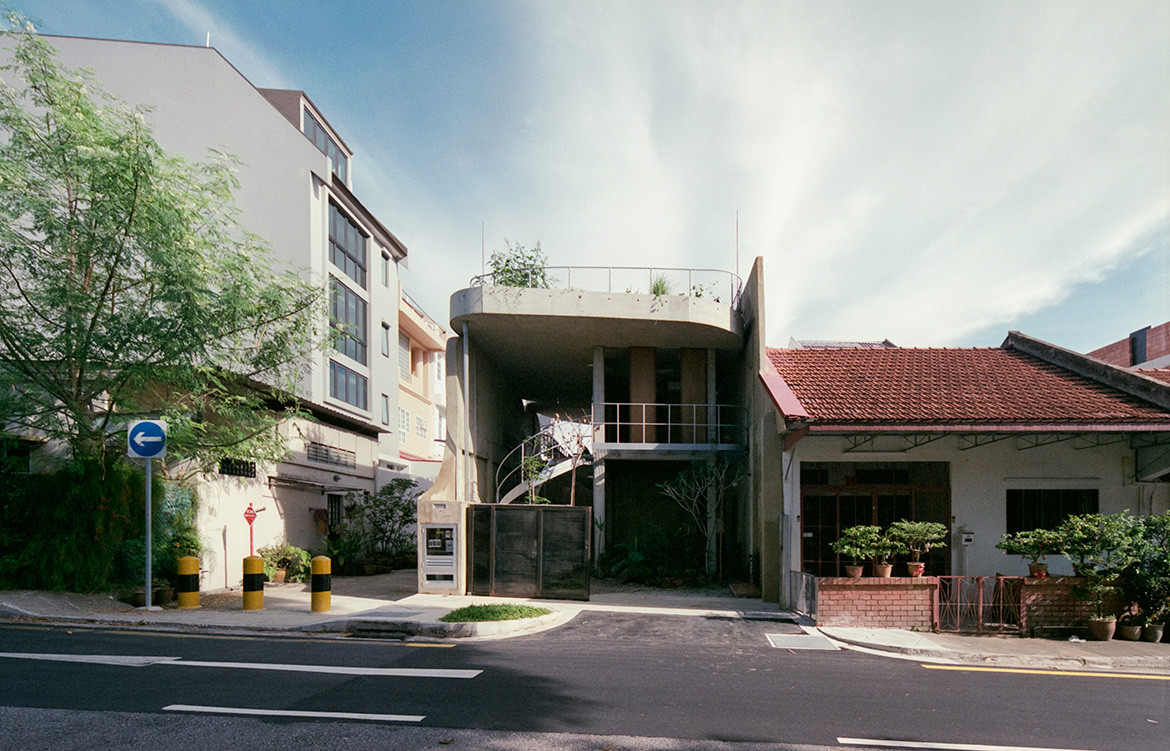 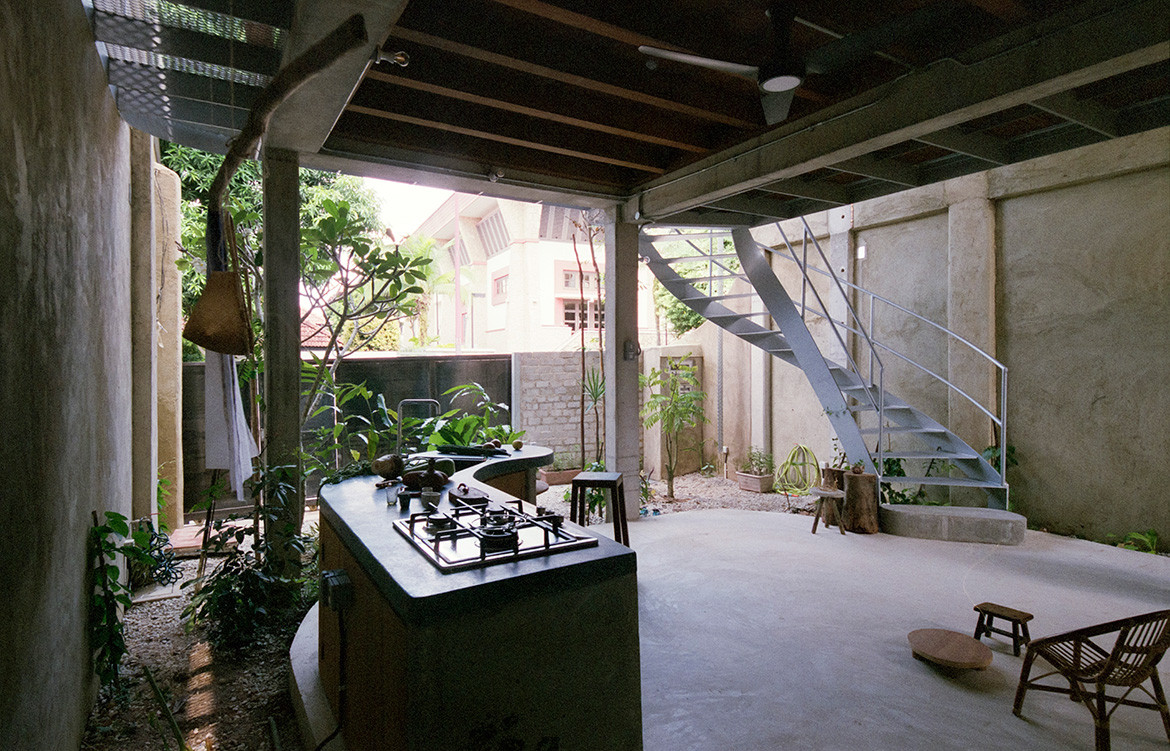 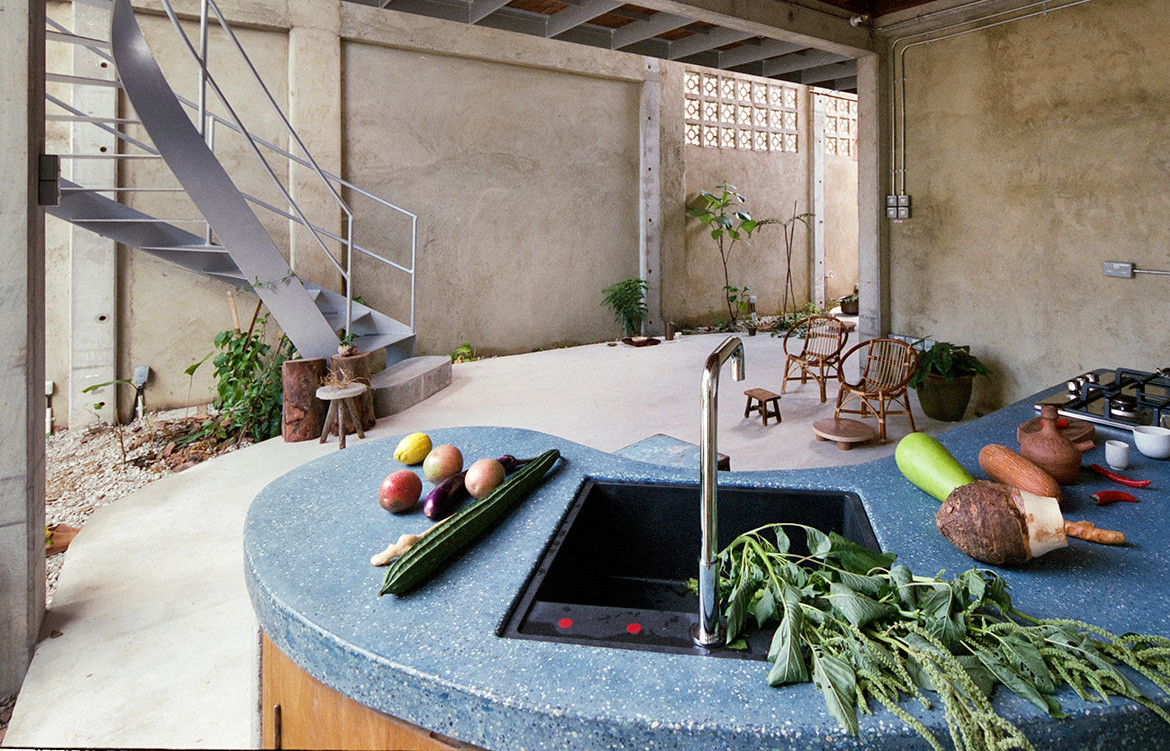 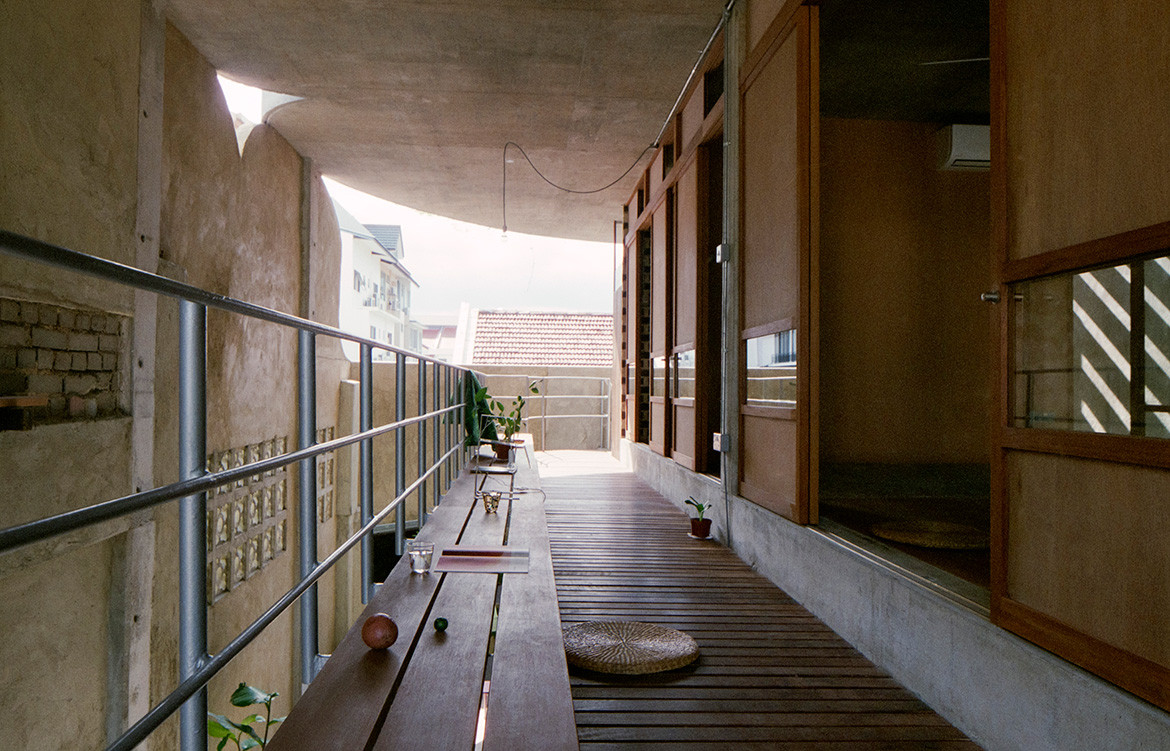 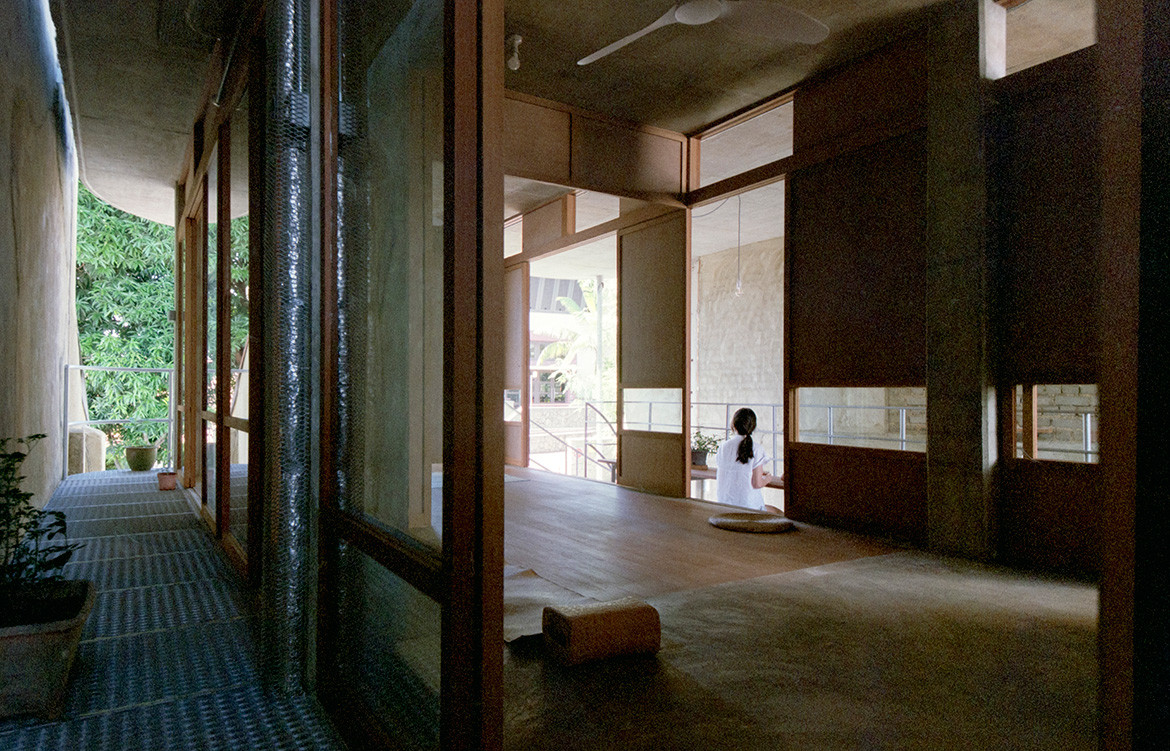 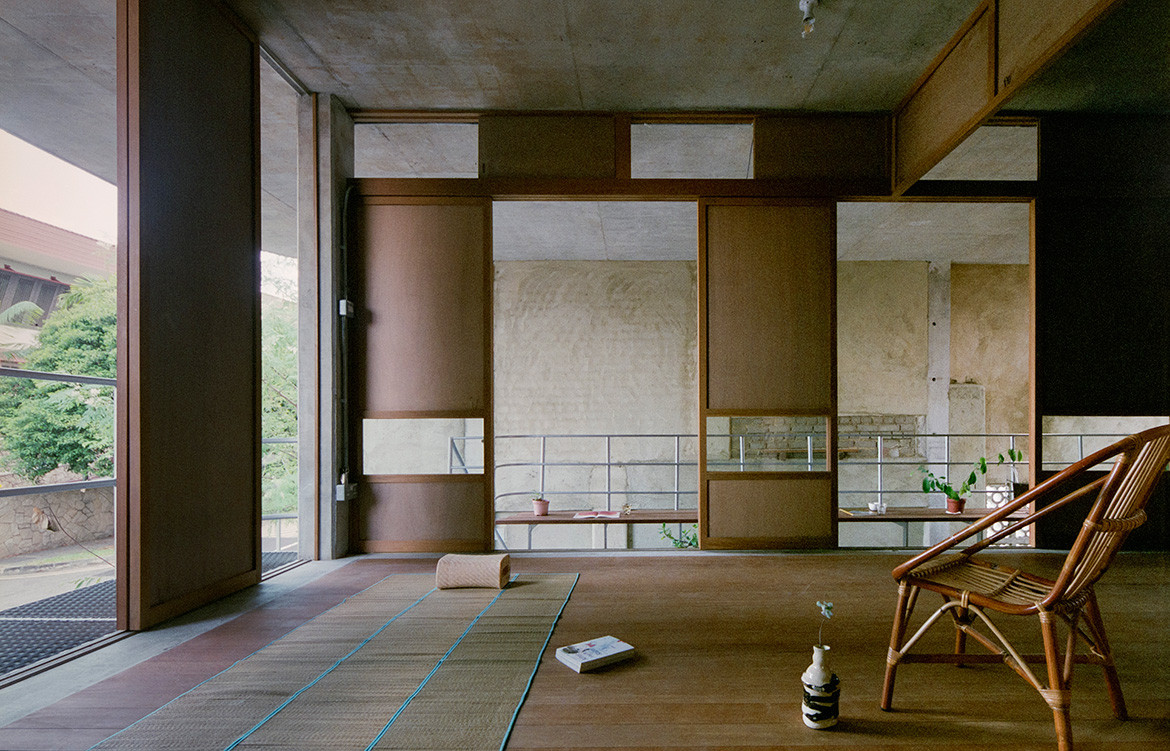 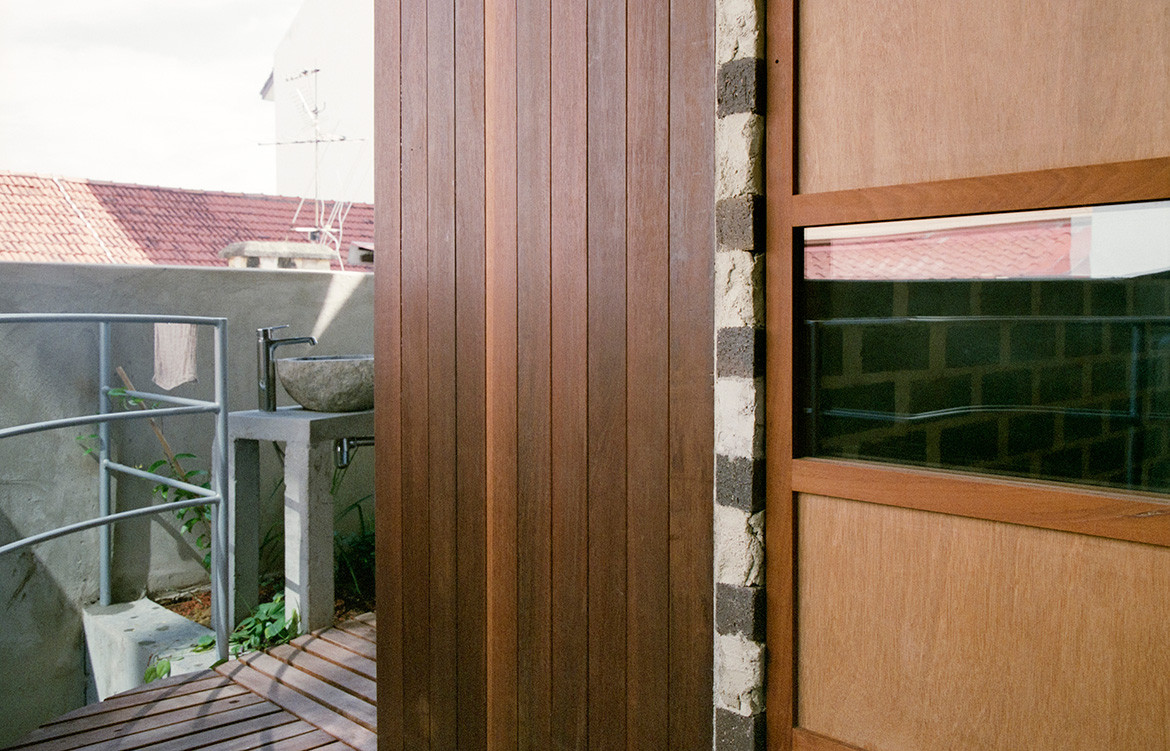 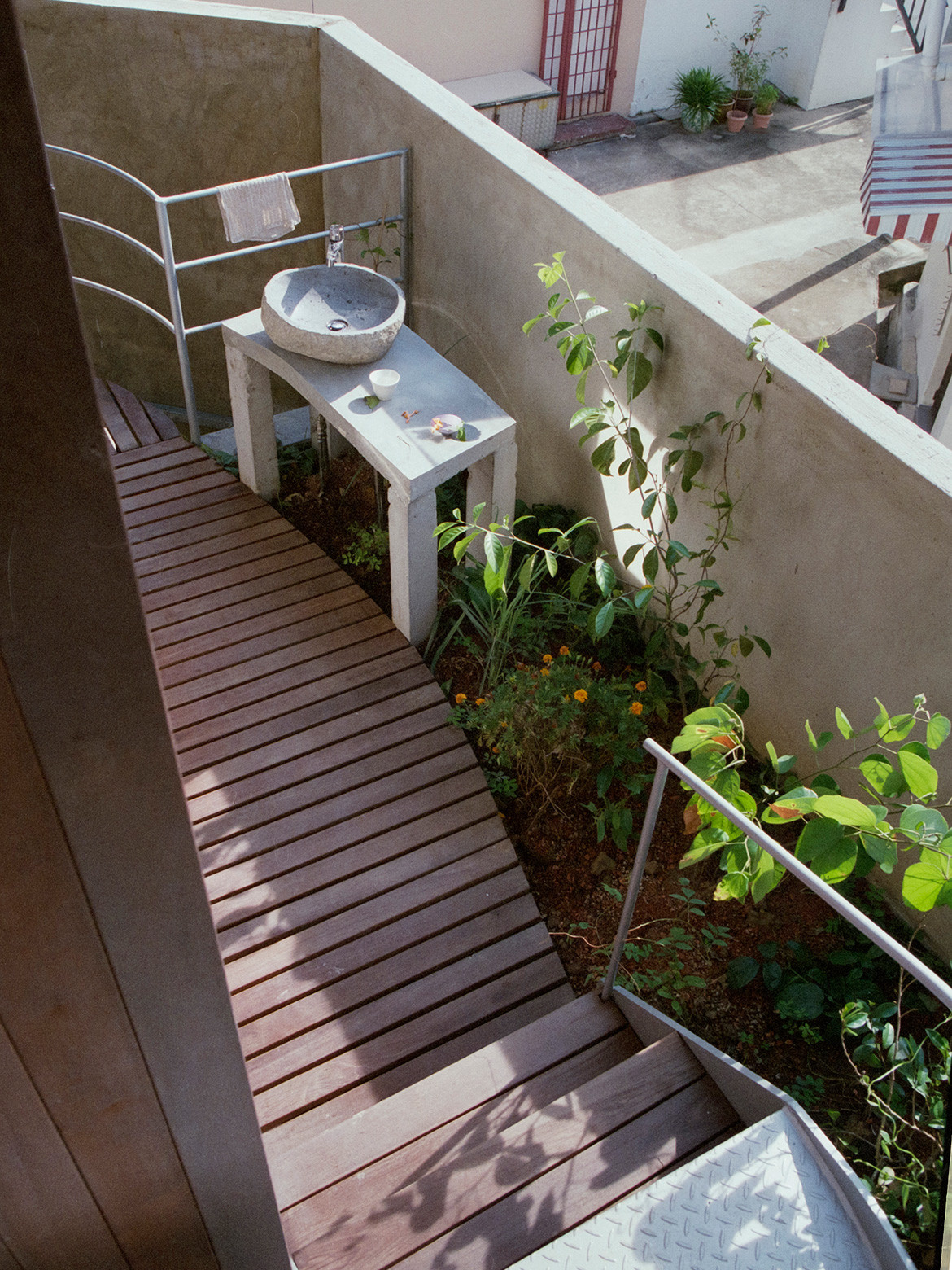 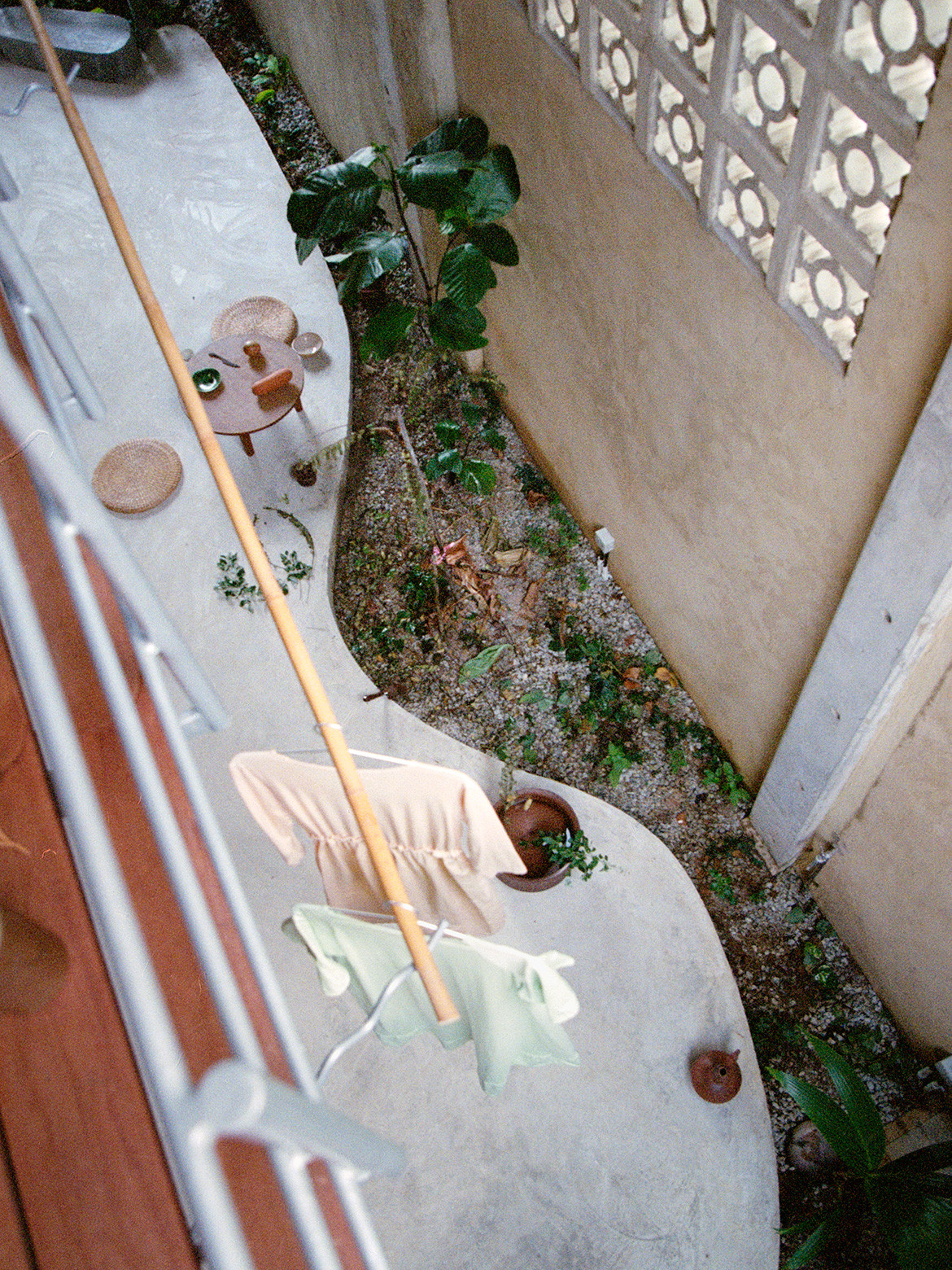 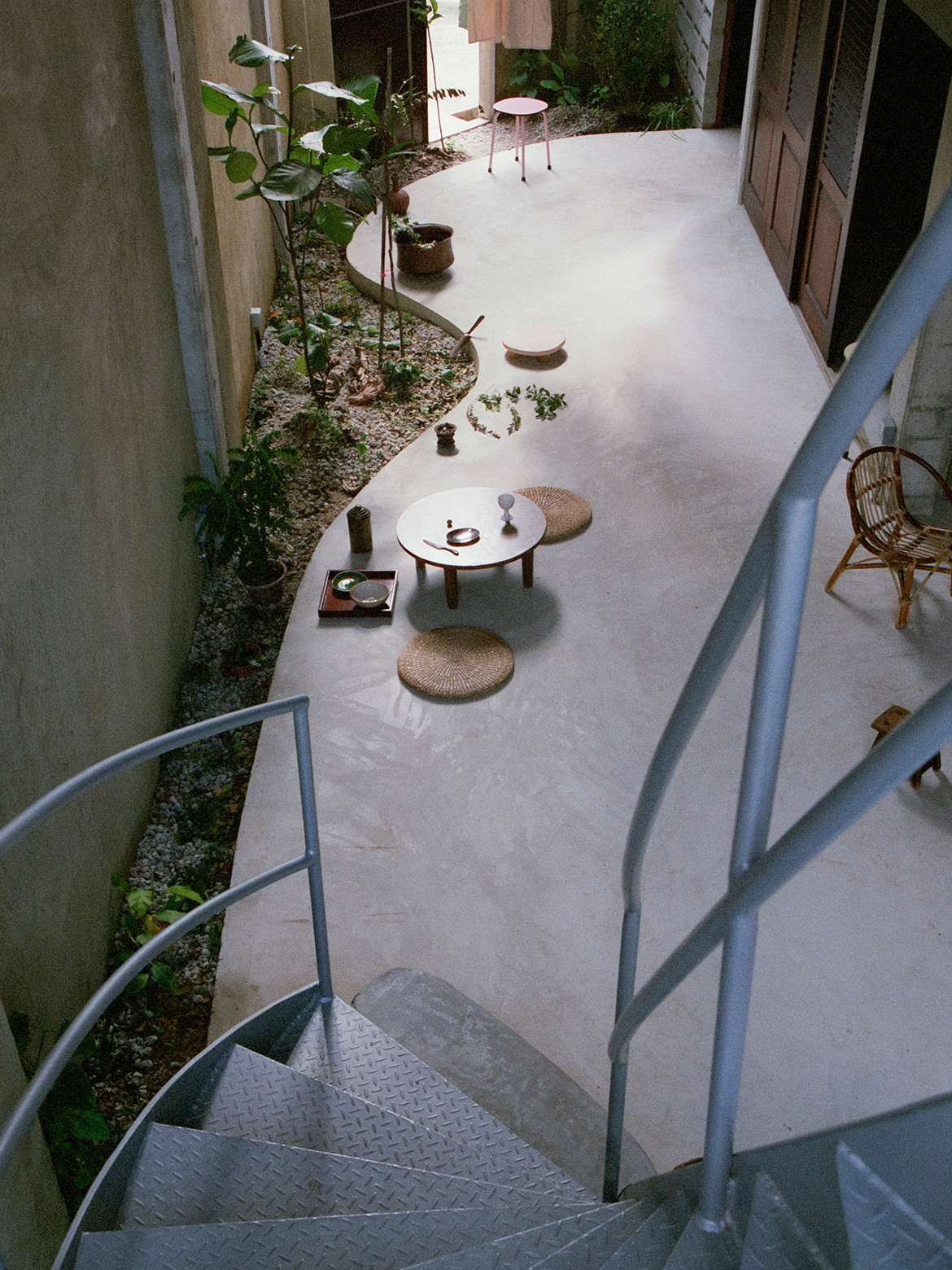 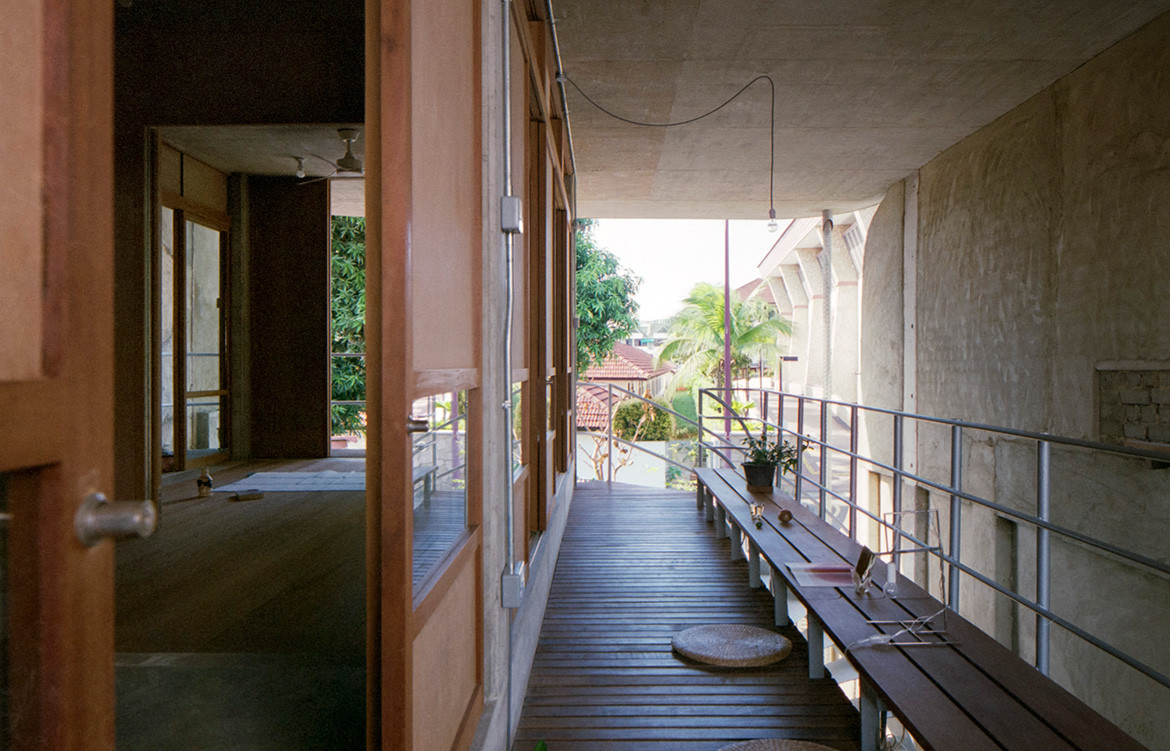 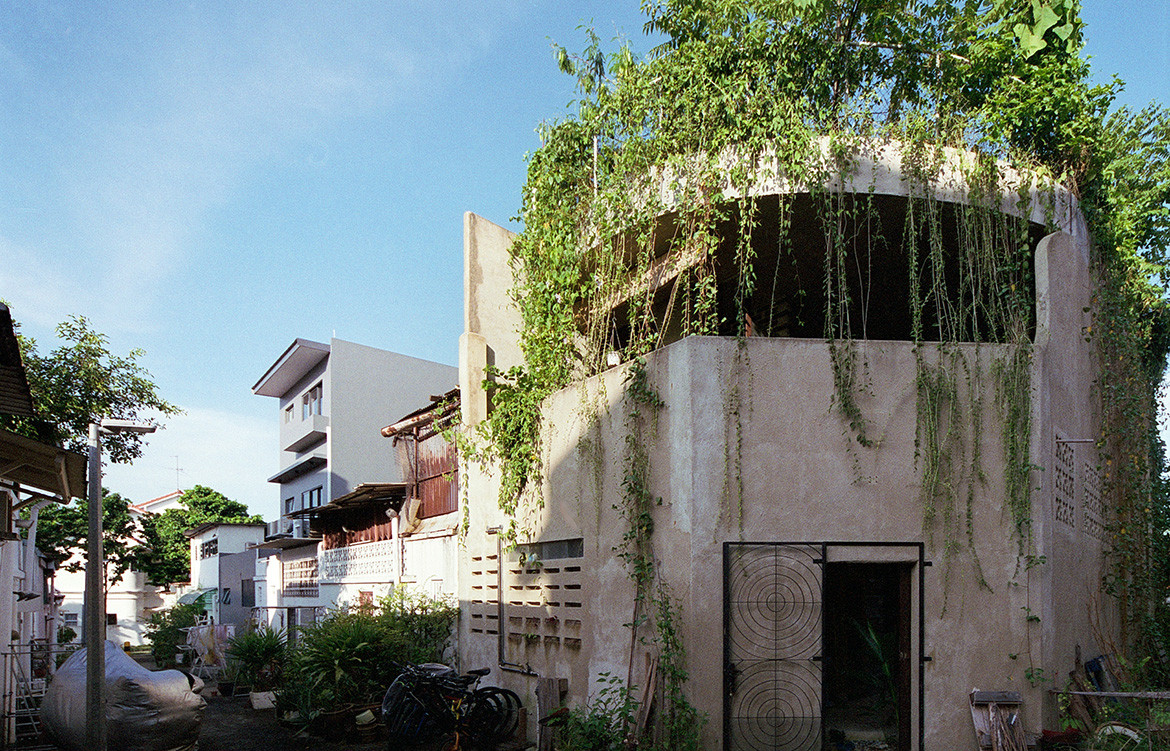 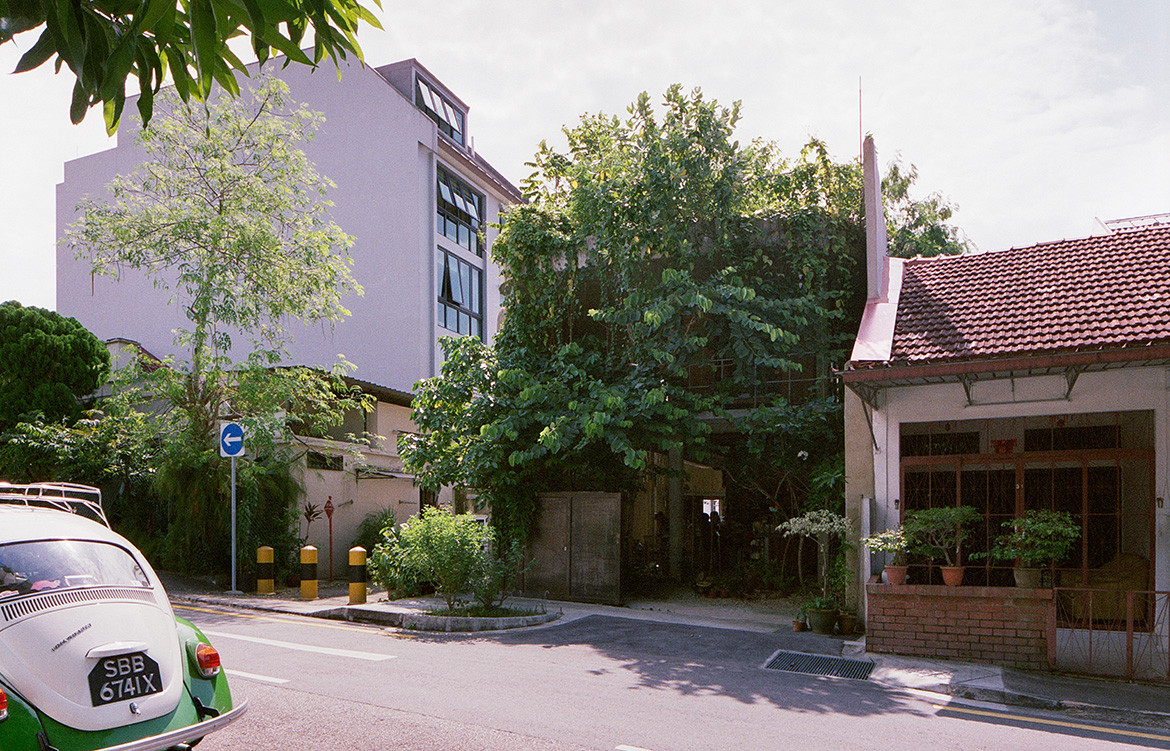 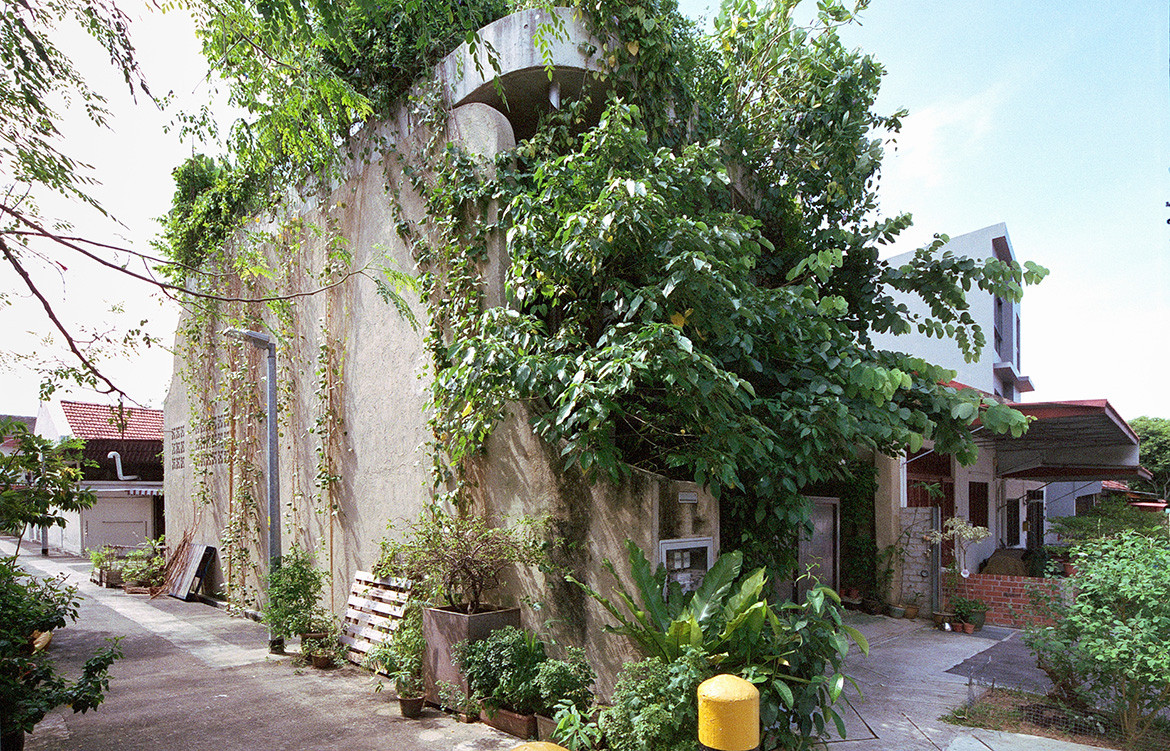 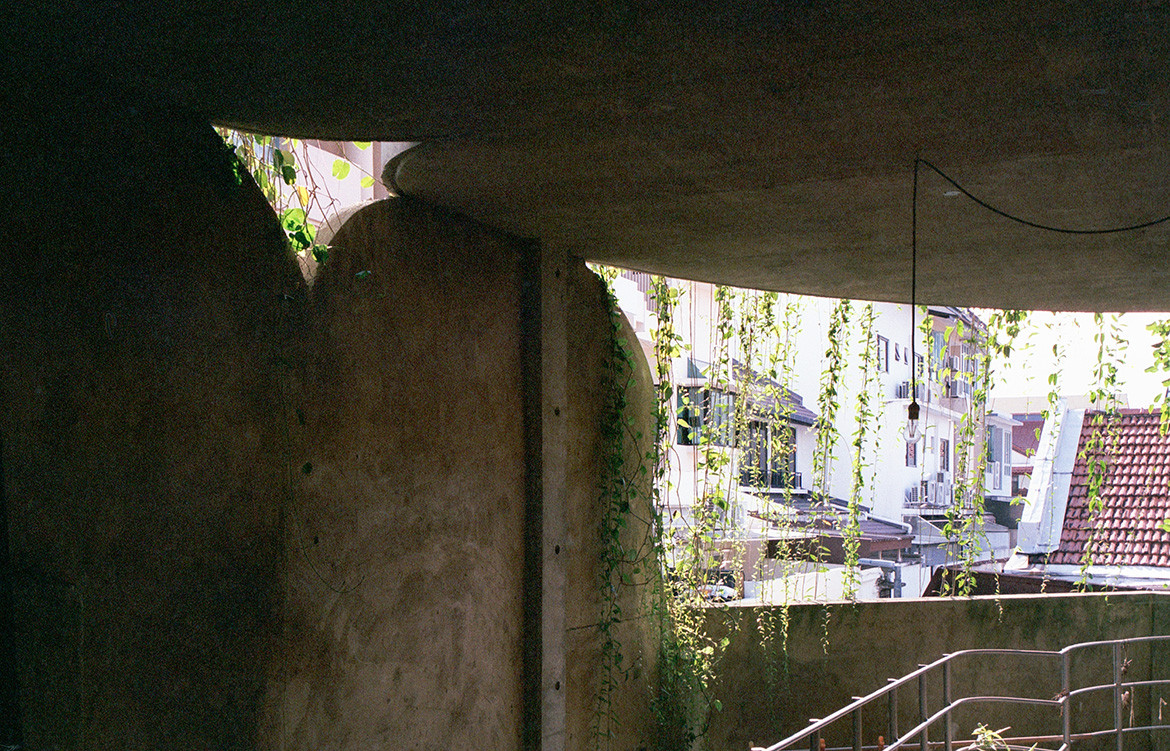 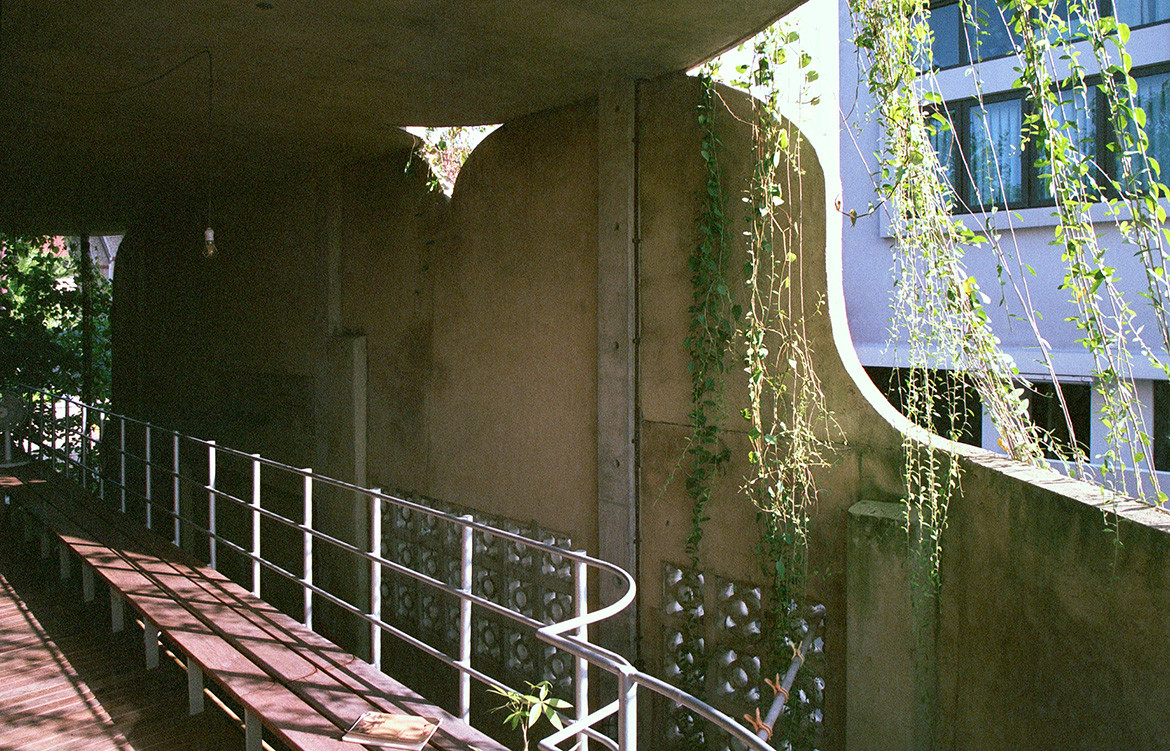 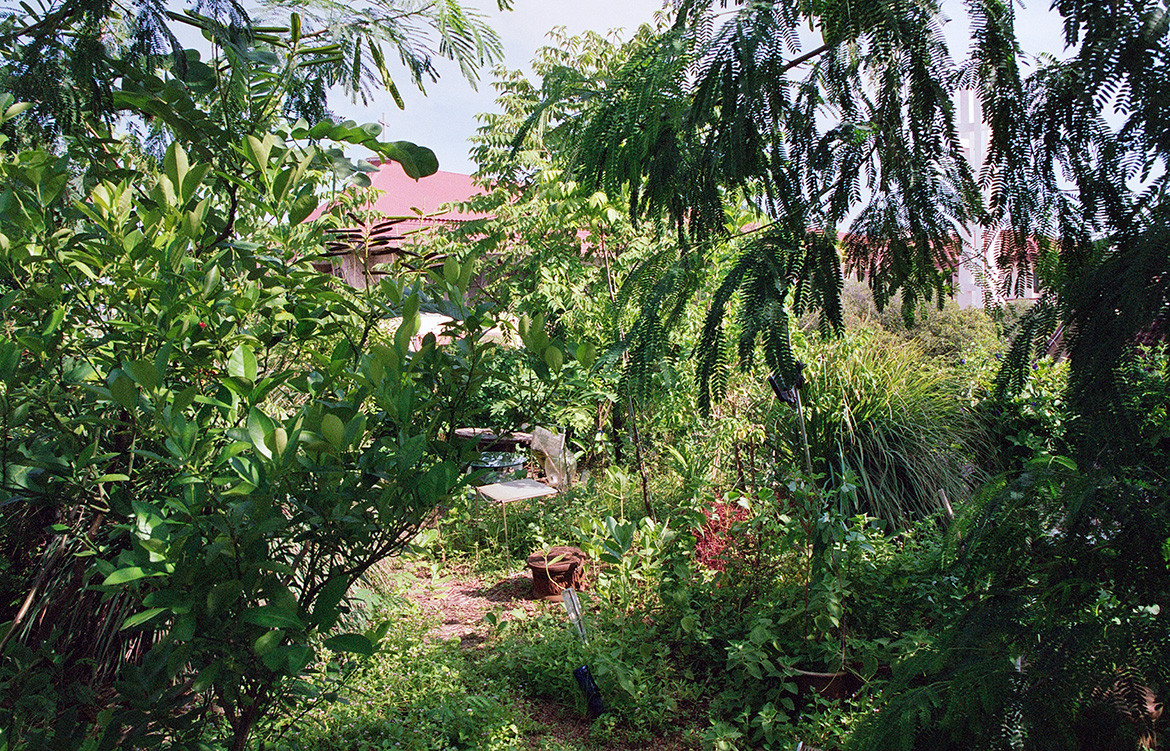 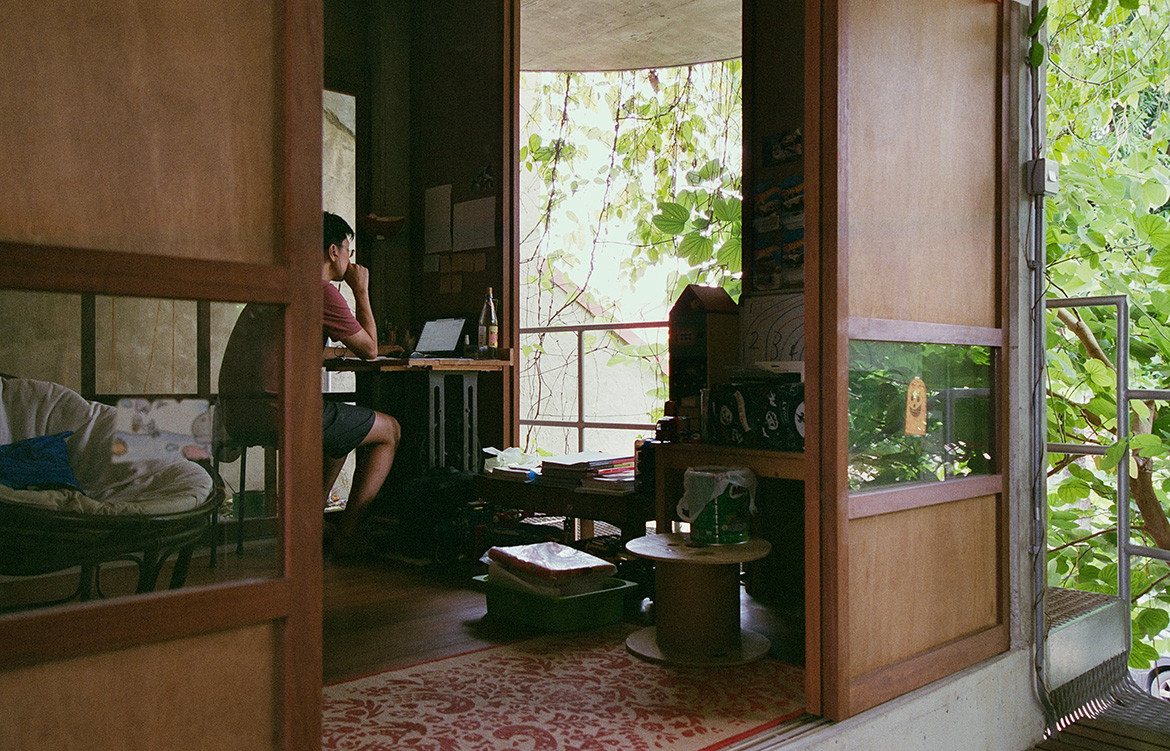 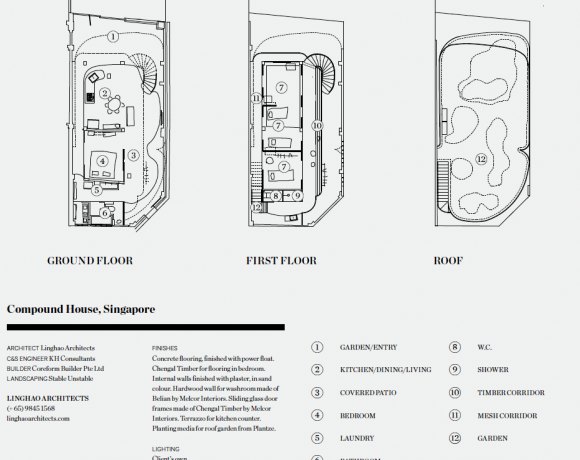